Strong support among health professionals, but what about Health Ministers? (Image from CAHA materials)

Make sure to follow the #ClimateHealthStrategy news this week

In years to come, will we look back on this week as a critical turning point for efforts to advance health and climate policy action within Australia? 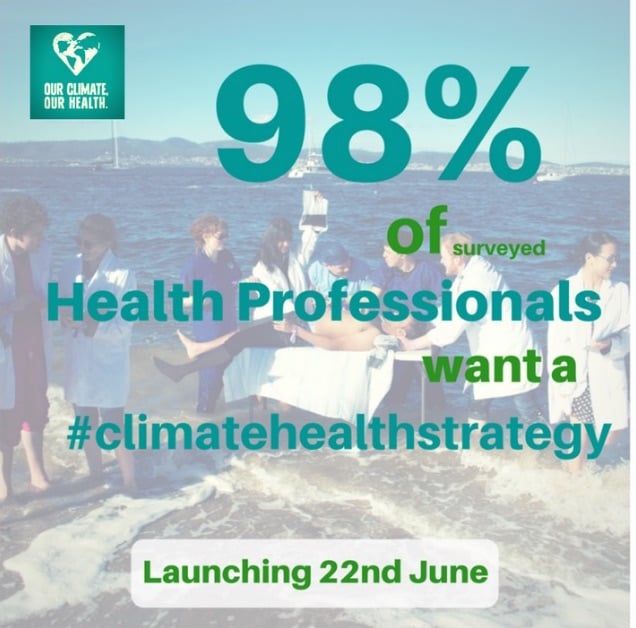 This Thursday, a National Strategy for Climate, Health and Well-Being will be launched in the Federal Parliament building following widespread consultation by the Climate and Health Alliance (CAHA), which led the strategy’s development.

Importantly, the launch is co-sponsored by Coalition Minister for Indigenous Health Ken Wyatt, Shadow Minister for Health Catherine King, and Greens leader and Health spokesperson Senator Richard Di Natale. (Wonder how much effort must have gone into arranging that particular hat-trick?)

In the lead-up to the launch, CAHA is running a social media campaign featuring some of the memes below, and urging health professionals to sign up to mentor politicians in how they might advocate for a #climatehealthstrategy in Parliament. CAHA has also provided a suite of advocacy tools and resources to support this work.

I plan to live-tweet and broadcast from the launch on Thursday. You can also follow @WePublicHealth where @healthy_climate is guest tweeting this week.

For more information on the strategy, read this backgrounder in MJA Insight by Fiona Armstrong, the founder and executive director of CAHA, Dr Liz Hanna, an honorary senior fellow at the Climate Change Institute and the Australian National University, and CAHA president, and Dr Rebecca Patrick, a lecturer in Deakin University’s School of Health and Social Development (with the assistance of Hilary Murchison, a final semester Bachelor of Public Health and Health Promotion student at Deakin University and current intern at CAHA). 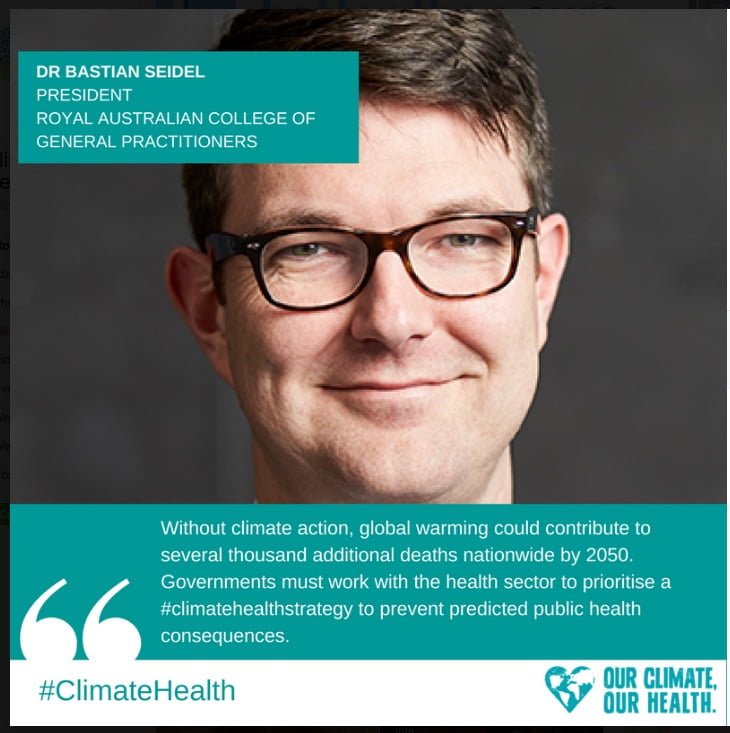 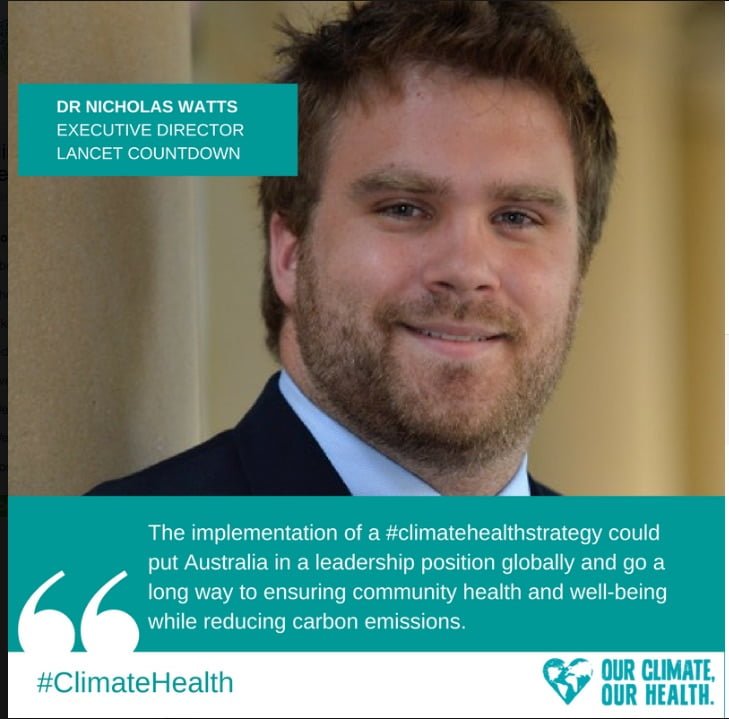 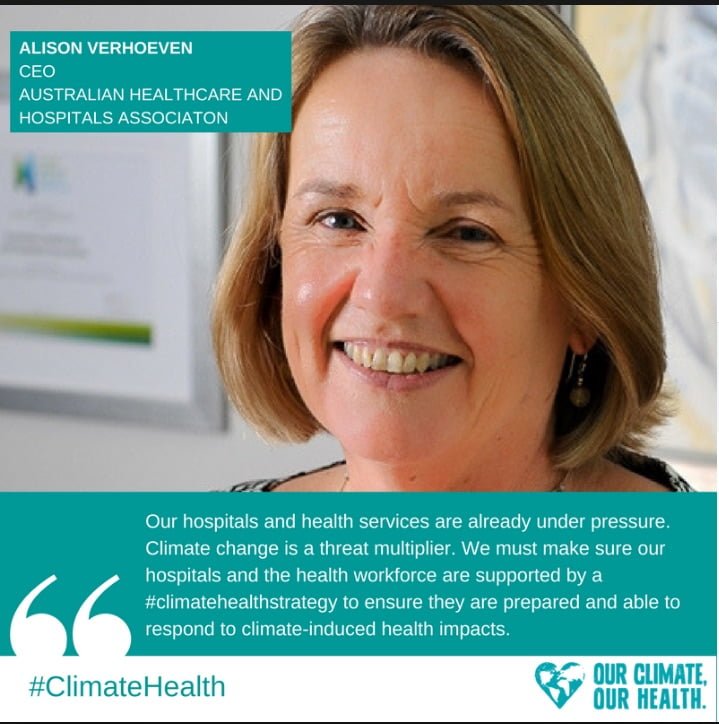 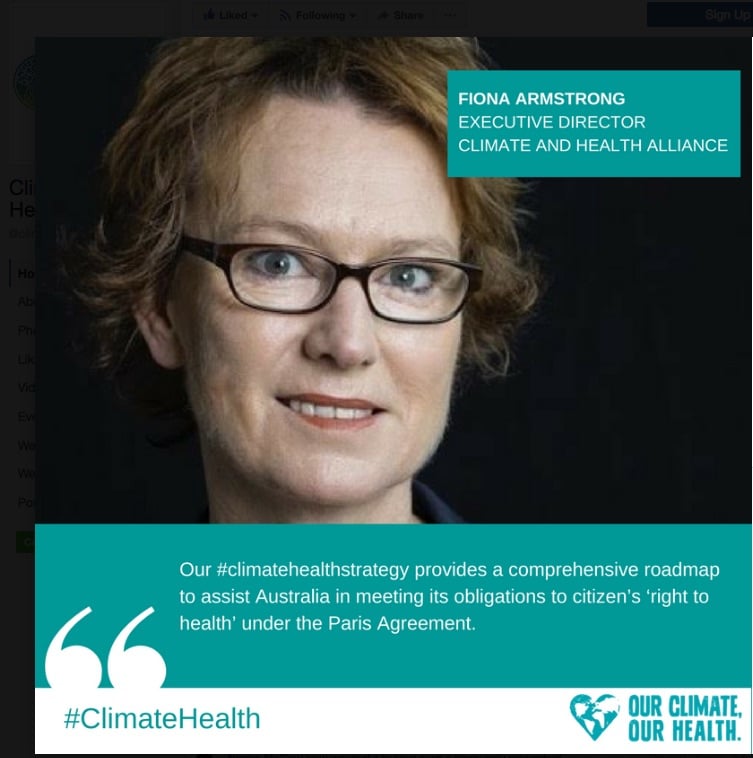 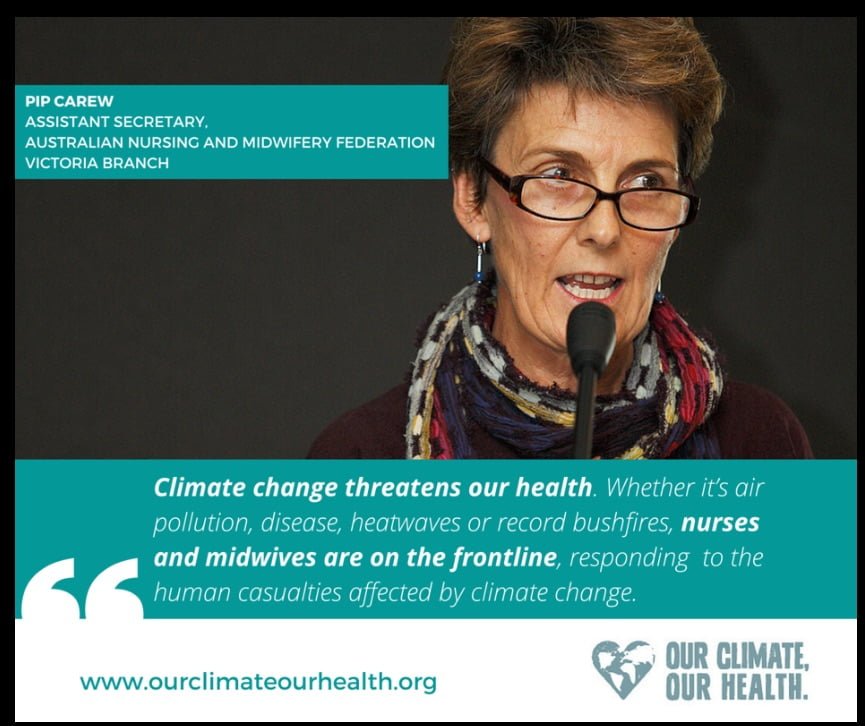 Our Climate, Our Health - a background