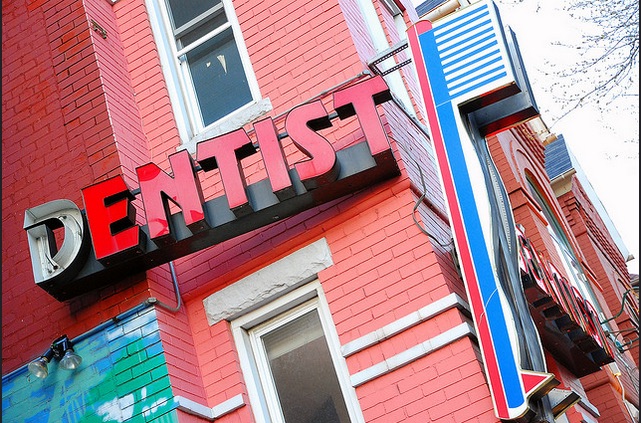 Should Medicare cover dental services for the general population?

Researchers from the University of Western Australia explain below why they’ve changed their minds about how to best answer this question.

Historically we have been advocates for dentistry becoming part of Medicare. However, over the last five years our views have changed.

This has nothing to do with disease burden. In fact, the prevalence and economic impact of oral disease remains high. There are also an increasing number of studies associating oral disease to almost every systemic illness in the body.

Why then have our views changed?

It’s clearly a really important issue. The cost of dental care to Australians is high, access for many is limited by income and various other barriers.

The question as to why dentistry cannot simply be covered by Medicare has been asked many times. Surely that seems a very simple and logical solution?

It is more complicated than that, however.

Let us work our way through the reasons for changing our minds and also discuss some alternatives.

We would like to start by stressing that we remain convinced of the importance of equity of access. Former US Secretary of Health, Frank Dobson, once said “inequality in health is the worst inequality of all”.

No Australian should be without good access to dental care, irrespective of income or place. This, as an underpinning philosophy, is an important premise to state and to hold.

Dentistry in Australia costs close to $10 billion per annum, including personal out-of-pocket expenses, as well as the collection of State and Federal Programs. It’s a “rounded” amount, as the complexity in actually calculating it is unfathomable. Most, however, would concur at a number around this figure.

With some 25 million Australians, this comes to about $400 pa for every man, women and child. At first glance that does not seem too bad, and if we could all put in $400, we can create a fund to cover the dental costs of all Australians? No, it’s not that simple.

Only somewhere between 20 per cent and 50 per cent of people go to the dentist in a given year. So, if we suddenly announce that dental is covered by Medicare, we could hypothesise that more people would turn up; the demand would be much higher.

Let’s say we double the “turn-up”; a not unreasonable scenario – we could certainly argue that it could be even higher. So the total now goes from $10 billion to $20 billion, and the cost per man, women and child now goes to $800 pa.

An average Australian household (2 adults and 2 and a bit kids) would now have to put in $3,500 per year. We can start to hear people groan now.

Let us be clear: Australian households are already straining under far smaller numbers than that. If we continue the scenario, we could also hypothesise that about half the Australian population has health care cards/pension cards or find it tough to pay the bills. A recent survey indicated that many Australian families found it tough paying a one-off $150 health bill.

Given that one single dental visit averages over $200, it is not surprising that affordability of dental care has always been a concern. So we need the well-off to subsidise the not-so-well off. What could that look like? At the extreme edge that could be that half the families of Australia pay $7000 pa to support the national dental scheme.

We suspect people are now starting to see this is not going to be politically palatable.

How does this number compare with other things?

The $20 billion per year is higher than the entire proposed National Disability Insurance scheme (NDIS). And the total Medicare levy income is about $10 billion per annum.

So to have a dental scheme would need something in the order of a doubling/tripling of the Medicare levy (or some other sort of tax funding arrangement). Is that a politically palatable outcome? We are not sure that is achievable.

But that’s the financial side of the story, what about practically?

We should stop here and reflect on the current structure of dentistry in Australia. More than 85 per cent of care is provided by independent private practice dentists in some sort of fee-for-service arrangement between themselves and their patients.

There are no price controls, it is a free market economy. What would happen if the government turned up with a Medicare plan? Clearly, price fixing (ie “you must charge the government rebate”) is not an option for the government. That’s something that is way beyond what could happen in an economy like Australia.

So it would be a rebate to patients – meaning a gap would remain! And, how would that gap-fee be determined? By the free market. So, let us be clear, the efficiency of the government rebate in terms of care provided would be low and would have the tendency to continue to be eroded over time.

There has been one experiment with Federal subsidies to private dentistry and that was closed with a massive budget overrun and much questioning of the outcomes.

Nonsensical as it may sound, pouring more money into health does not necessarily relate to better health outcomes.

But even more questionable is the issue of increased demand: if those currently not accessing care actually came to demand care, we could have a situation where the system would not cope.

In fact, if this was a “budget night decision”, the system would collapse under the load. We don’t have the workforce, capital, or systems in place to actually manage all the latent needs for dental care.

In the small State level systems (less than 15 per cent of all care), if suddenly the patient pool tripled (a not crazy scenario), there would be wait lists of lengths unheard of in history!

So the “make dentistry part of Medicare” seems a near impossible dream and at best an improbable ask and something that Australia in its current (and foreseeable future) structure could not accommodate.

What is an alternative?

We are at a perfect moment in time in that sense.

Workforce shortages have diminished. Dental disease in Australia has a strong linkage to poverty. We have State-based safety net systems designed to provide care for those in need.

If Australian society wanted to make a timely difference to the dental health of Australians, start with a rapid up-regulation of government sector dentistry. Let’s look large (eg quadruple the sector). The cost would be relatively tiny compared to the Medicare numbers, the efficiency of the expenditure would be far higher than subsidies in an uncapped fee-for-service model.

A systematic up-regulation of the government sector, addressing the poorer members of the Australian population first, as well as those with access difficulties, the aged and infirmed and then slowly expanding outward could address Australia’s oral health in a controlled manner.

Just as importantly, it would also re-balance the 85:15 (private:public) power base of the wider sector to provide Australia with more balanced perspective on the future.