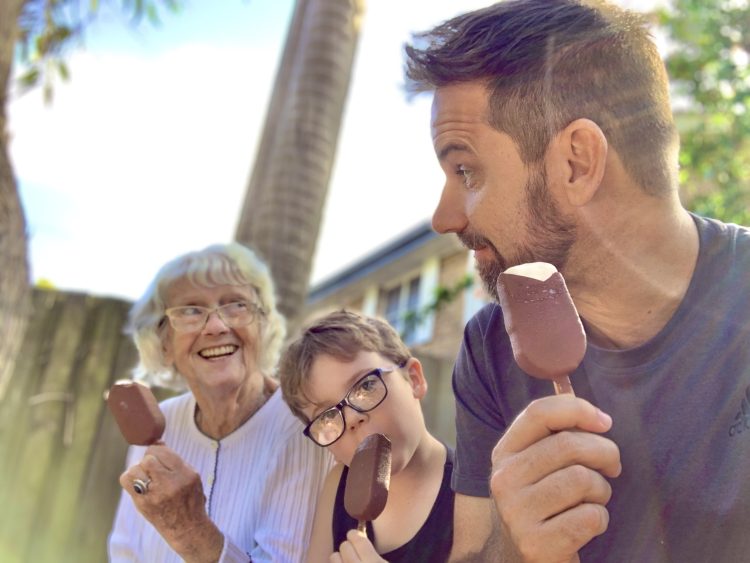 Introduction by Croakey: In the early days of the COVID-19 pandemic, Australian film-maker Jason van Genderen and his family made a short video of what they had done to support his mother during home isolation. It attracted a global audience.

Van Genderen shared the experience and his journey “of using story as a healing tool, a connective tool and a coping tool” at the recent Oceanic Palliative Care Conference, as Croakey journalist Linda Doherty reports below in a timely post for #DementiaActionWeek.

See also below for a Twitter thread by Croakey’s Alison Barrett of the presentation by Canadian specialist Dr Hsien Seow on the Waiting Room Revolution. The co-host of a podcast, he talks about the benefits of stepping in with palliative care before ‘the 11th hour’ to help people feel more in control, confident, and prepared throughout their illness.

Bookmark this link to follow ongoing #21OPCC coverage for the Croakey Conference News Service, including our upcoming CroakeyVoices podcast from journalist/broadcaster Cate Carrigan.

Jason van Genderen was an award-winning short filmmaker with a thriving production company when the COVID-19 pandemic hit early last year, around the time his mum’s advanced dementia meant she required an escalation in home care.

“I took the downturn in work as an opportunity to give myself the space to care for my mum the way I had to and to understand and appreciate the value of what storytelling could do in palliative care,” the Tropfest award winner told Croakey ahead of his presentation, titled ’80 million views: A fast story of slow loss’, at the recent 2021 Oceanic Palliative Care Conference.

Be proactive, not retrospective, is his message: document today what you can keep for tomorrow with storytelling as a healing tool that can help normalise loss.

“We can capture the good in our journey and capture as much as possible of our loved ones. It’s a celebration of a life and it doesn’t have to be broadcast to the world, just be real and inclusive of the person,” he said.

To bring back that familiarity, van Genderen created a ‘supermarket’ in his Central Coast kitchen and took ‘Oma’ – the Dutch word for grandmother, as she is known – out to “the shops”, complete with trolley and shopping list, his wife Megan and toddler Evie behind the counter and five-year-old son Arty on the till.

As with  all his films, van Genderen shot the supermarket video on a mobile phone and posted it early one evening on his Facebook page @Omas Applesauce – “Our little family #DoingDementiaDifferently”.

By the end of the week the video had been viewed nine million times and went on to feature on Australian television and in the United States on Good Morning America and The Late Late Show with James Cordern.

A Facebook series of van Genderen’s videos about his mother and “what it’s like to lose someone slowly, bit by bit, day by day” has been viewed 80 million times worldwide and a short film, Everybody’s Oma, is in post-production.

“The whole experience of palliative care has really changed me and my direction as a storyteller,” he says.

“How many people have you met who get so caught up in the palliative care journey that when there’s an end of life we look back and say, ‘I wish I’d done that interview, I wish I had some proper photos’, or asked questions about their career or childhood, and then it’s gone and we lament the fact we have broken stories in our families.”

Oma, 88, is now in a residential aged care facility where strict lockdowns prevent face-to-face contact but van Genderen and his family visit often and hold up signs and questions to her window.

Finding a loophole in the rules, they have been able to relocate Oma’s cat, Hailey, to the nursing home because while humans can’t visit, pets can. 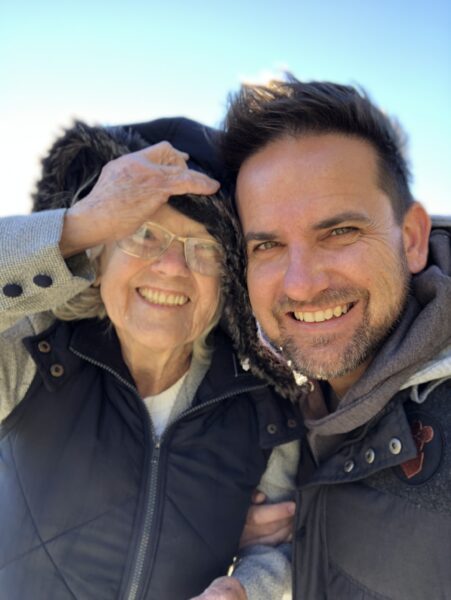 Van Genderen reflects that now in his late forties, he’s spent half his adult life caring for parents with serious illnesses.

Hendrika and her husband Jan, who became a talented sculptor after his retirement,  migrated to Australia from The Netherlands in 1957.

Jan died 11 years ago after living with cancer for 10 years and shortly afterwards Hendrika mother was diagnosed with Alzheimer’s disease and vascular dementia.

‘The Unspoken’, van Genderen’s film made while his father was still alive, was perhaps the beginning of the filmmaker’s desire not to have regrets following the death of a loved one and to celebrate the moment.

“I wanted to give him some words about how I felt about him, instead of saying it in a traditional eulogy after he died,” he says.

Two years ago he made Beholder, a retrospective of his father’s sculptures to raise recognition of his work.

Van Genderen’s success as a short film-maker started on the global stage in 2008 when he won Tropfest New Work with Mankind is No Island, a film about homelessness using found signage in Sydney and New York and shot on a $57 Nokia mobile phone.

The Unspoken was Tropfest Australia 2011 runner-up and Beholder won the 2019 Moment Invitational in New York.

As Oma becomes frailer, van Genderen has decided not to film her anymore and is instead turning to his 132,000-strong Facebook community to help others use storytelling “to look inwards and find simple ways to maximise the time you have now in a fun, collaborative process with your loved ones”.

Palliative care is still too often delivered at end of life or the “11th hour” rather than earlier in a life limiting disease, leaving many patients and families saying  “I wish I had known that sooner”, Canadian palliative care specialist Dr Hsien Seow told the conference while delivering the Ian Maddocks Guest Lecture.

Public health researcher Alison Barrrett livetweeted the presentation at @CroakeyNews. Below is an edited version (or read a PDF version here). 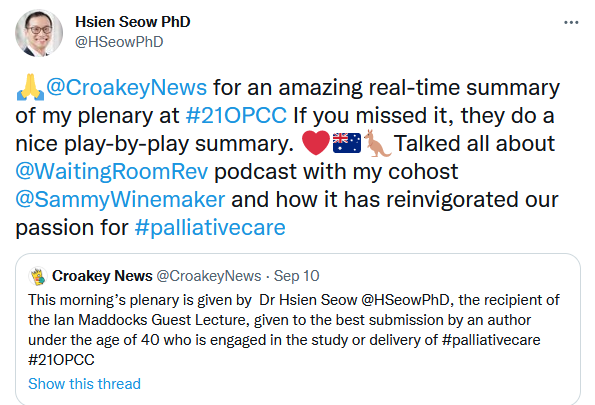 This morning’s plenary is given by Dr Hsien Seow, the recipient of the Ian Maddocks Guest Lecture, given to the best submission by an author under the age of 40 who is engaged in the study or delivery of palliative care.

Dr Seow is the Canada Research Chair in Palliative Care. As part of his research, he created the Waiting Room Revolution podcast.

“Palliative care was a calling, it chose me, more than I chose it”. Thinks about how his research can improve patients’ outcomes.

He knows what it’s like to have an illness journey without palliative care as his mother had breast cancer.

“From the top of the mountain, we can make an avalanche, but we can’t move the mountain”. We will never have enough specialists. Asks who else can be engaged.

Clinicians say: We have done the palliative care clinical training, but sometimes it is hard to operationalise early.

Dr Seow  met Dr Samantha Winemaker, who provides palliative care in patients’ homes. Focus of education in palliative care is focused on specialists but does not include patients or caregivers.

Huge opportunity to move the mountain by focusing on the base.

Want to address questions about what people wish they knew, what to expect when you’re dying.

Enter the Waiting Room Revolution podcast. The seven keys are titles of episodes. 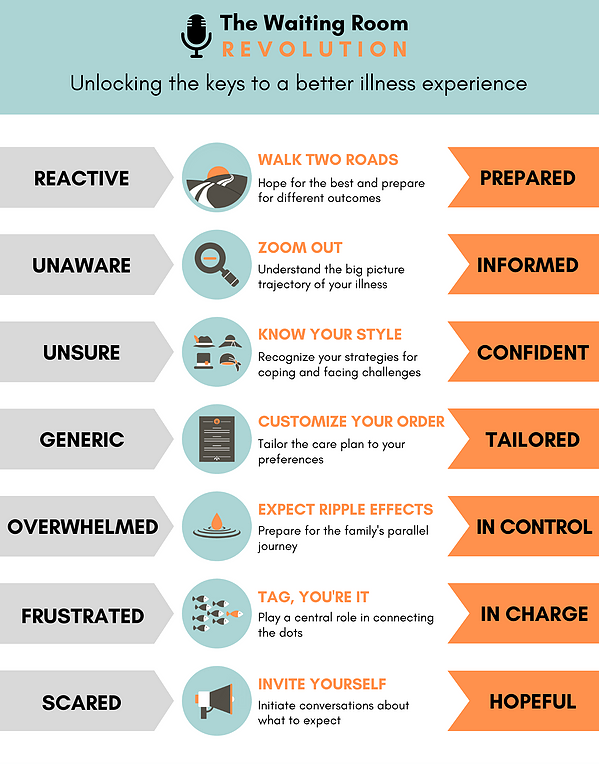 Dr Hsien moves on to a secondary story they weren’t expecting.

We live in a death-denying society. Until that is figured out, palliative care will never be priority.

People don’t want to prepare for their death, but they do want to know what’s ahead.

Asks “do we avoid using the term palliative care?” in a death-denying or death-avoiding society.

Use of metaphors in the early conversations may help people through the journey.

Education is clinically-focused, but so much about palliative care is about the art of communication and helping people understand where they are at. Difficult, but beautiful.

Another question- when is it palliative? When should the conversation be introduced?

See our coverage of Palliative Care Australia’s conferences in 2017 and 2013.

PrevPreviousCOVID in Wilcannia: a national disgrace we all saw coming
NextCOVID SNAPS: be careful what you wish forNext