Home Public health and population health media-related issues Male voices dominate the news. Here’s how journalists and female experts can turn this around 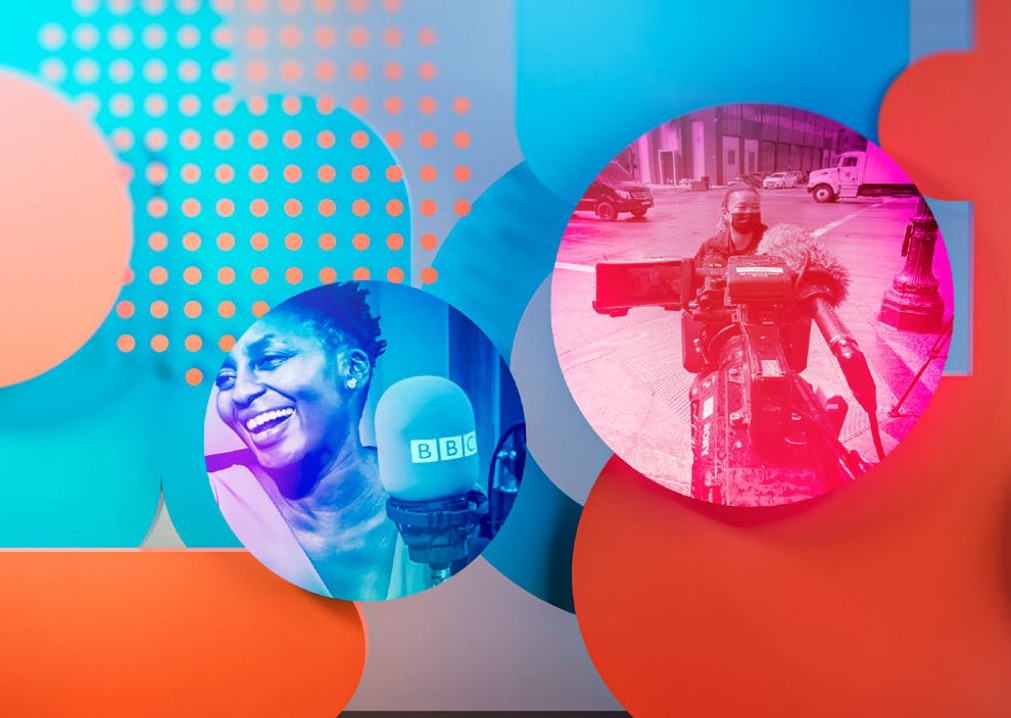 Image from BBC's 2021 Impact Report for its 50:50 Project, aimed at increasing diversity in the news

Male voices dominate the news. Here’s how journalists and female experts can turn this around

The privileging of men’s voices in the media, in Australia and globally, has wide-ranging health implications, including for the development of policies affecting health.

How might the health sector contribute to a more equitable representation of women in the media?

It’s worth pondering this question while reading the article below, which includes some practical tips for those seeking to engage with the media. It was first published by The Conversation.

Last week, the ABC announced it had achieved a milestone it had been trying to reach for more than two years. For the first time, in the previous month of March, it had equal numbers of women and men appearing in its news coverage.

This may seem surprising. You might expect the gender ratio of people quoted in the news would mirror the gender split of our society.

But that’s not the case. Studies of news coverage from around the world have consistently found more than 70 percent of people seen, quoted and heard in the news are men, while women make up less than 30 percent.

When it comes to “expert” sources, around 80 percent are men.

In response to this imbalance, the BBC started its 50:50 equality project in 2017. The ABC followed suit in December 2018. Other media organisations, such as Bloomberg, have introduced similar initiatives.

Despite these encouraging programs, the Global Media Monitoring Project, which analyses sources in news content from around the world on a set day every five years, has reported overall progress in bringing women’s voices into the news is “extremely slow”.

This means news tends to be male-centric, and women are denied the legitimacy, authority and status that often come with inclusion in the news. As a journalist and news researcher, I was interested to learn more about why women are so under-represented.

Is it because, as some journalists will argue, women are reluctant to be interviewed as news sources? Or is it because journalists tend to turn to the same sources again and again, and most of these experienced sources are men?

My research, which included interviewing 30 female academic experts about their attitudes towards interacting with the news media, suggests the latter is more likely.

All but one of the experts I spoke to said they would be willing to be interviewed for a news story. Most understood and appreciated the value of getting their work out into the community via the news.

However, they were not totally comfortable with being in the news. Most of them lacked confidence about the process. This was in part due to fears about their performance, but also due to a lack of knowledge about how the news media operate and what journalists want from them.

So how can journalists address these concerns and be more likely to secure a “yes” when approaching a female source for an interview? And how can sources improve their interactions with journalists and get the most out of their experiences with the media?

Be very clear. Expert sources typically have little knowledge about how the media work. You have a much better chance of securing an interview if you explain exactly what you need in terms of the nature of the interview and the time required.

Be willing to negotiate. Where there is some flexibility about the timing or location of an interview, be prepared to discuss this with the source. Try to come to an arrangement that suits you both. Sometimes, a source might just want 10 minutes to prepare for an interview first.

Respect the source and their time. Sources are much more likely to agree to an interview if the journalist appears to have some knowledge of their research and area of expertise. It’s also important for journalists to recognise that expert sources are usually very time-poor (just like journalists).

Give feedback. Do this during and after the interview, if possible. The experts I spoke to all wanted to know how they had performed in their interviews, and how they could improve.

Say yes, but … It does not have to be an unconditional yes. It’s okay to say: “Yes, I can do the interview but I need 30 minutes to prepare.” Or “Yes, but I’m not willing to talk about this particular topic or issue.”

Don’t over-prepare. Most interviews are brief and will probably only take about 10 minutes. Don’t waste time over-preparing or over-thinking. Trust your expertise and knowledge.

Cut yourself a break, but learn from your mistakes. Listen back to or watch your interviews to see how you can improve. But recognise it takes time and practice to become a polished media commentator.

Be authentic. For radio and TV interviews in particular, try to relax and let your personality and passion for your work come through.

Dr Kathryn Shine is the Discipline Lead for Journalism at Curtin University, a former journalist and a member of the Journalism Education and Research Association of Australian (JERAA) national executive.