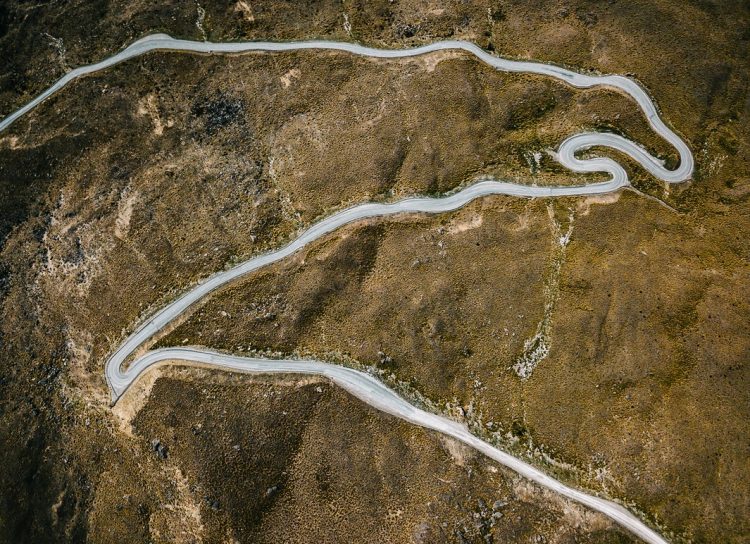 On the tortuous road to alcohol regulatory reform (and not there yet...). Photo by Josh Withers on Unsplash

When Michael Thorn began a new job as Chief Executive of the Foundation for Alcohol Research and Education (FARE) in 2011, one of the first reports to come across his desk recommended that alcohol products should carry a mandatory warning label about the risks of drinking in pregnancy.

Below he describes the “reprehensible prevarication, weak leadership … false evidentiary claims and brazen bullying of the political class” seen during the journey to implement this recommendation, and also offers some suggestions about future directions for alcohol regulation.

The nearly 25-year battle by public health advocates to secure a mandatory alcohol and pregnancy warning label on all alcohol products was finally won when Australian and New Zealand food ministers recently agreed to a modest proposal by Food Standards Australia and New Zealand (FSANZ).

When the pregnancy label comes into effect in 2023, it will represent the highest standard in the world for a label of this kind – an achievement to be celebrated.

While less than optimal – the label should be larger, placement shouldn’t left to the discretion of producers, and the use of the heading ‘Pregnancy Warning’ instead of ‘Health Warning’ means it will have less impact – it opens the door for health advocates to press for a comprehensive alcohol health warning labelling regime.

Like all preventative health initiatives, this measure’s progress has been heartbreakingly slow. The delays have been inexcusable and the ridiculous three year implementation timeframe exposes another quarter of a million pregnancies to alcohol.

In his 2011 review report of Australian and New Zealand foods standards, former Commonwealth Health Minister Dr Neal Blewett recommended the mandating of a pregnancy warning label. This has been frustrated by alcohol industry opposition and the hesitancy of too many governments, irrespective of their political persuasion.

Only the action by WA Health Minister Roger Cook in October 2018 to force the issue at the Forum on Food Regulation (FoFR) finally set things on a course to enact Blewett’s recommendation. The acquiescence of Commonwealth Assistant Health Minister Dr David Gillespie helped at that meeting, and eventually the widespread resistance to the reform was overcome in July 2020.

History shows change in public health comes slowly. Too many sailors died because of the reluctance of the British Admiralty to provision ships with vitamin C to prevent scurvy, and it took years to recognise Dr Snow’s observation that something other than ‘miasma’ was causing cholera.

In this case the three ‘Ps’ of public health – persistence, persistence and persistence – were on full display. It took 24 years, from New Zealand lodging an application with FSANZ’s predecessor in 1996 until the eventual decision in July 2020.

In this period came Blewett’s review, a decision by the food ministers in December 2011 to accept his recommendation, and then another nine years to adopt a clear standard.

This period was characterised by reprehensible prevarication, weak leadership and the usual rubbish from the alcohol industry about costs, false evidentiary claims and brazen bullying of the political class.

We also learned of secret talks between the industry and Commonwealth health officials, saw a dangerously misleading public education campaign by the industry’s public relations agency DrinkWise and witnessed a near-complete failure by the industry to apply its own weak consumer messages to containers.

Over this period, public health stood tall with copybook campaigning. There was nothing ‘transformative’ about these efforts, just persistence.

The campaign was never allowed to die, and every effort was made to link this policy objective to parallel policy issues, including the development of a national fetal alcohol strategic plan, public awareness campaigns about the risk of consuming alcohol during pregnancy and the social and economic needs of children affected by alcohol in-utero.

Also on the table

Through all of this it needs to be remembered that in his report Blewett also recommended that governments investigate the adoption of generic health warnings for all alcohol products (Recommendation 24).

While the health sector rightly focused on securing the ‘low hanging fruit’ of pregnancy warning labels, action on generic health warnings has been badly neglected. Other labelling needs such as energy content languish in convoluted bureaucratic processes and still others have simply been ignored.

Nevertheless, important principles have been secured through this decision by FoFR.

Mandated pregnancy warning labels are not new. The United States has required them since 1989, France adopted the pregnancy silhouette infographic many years ago and a recent WHO Europe report showed many former Soviet bloc countries have legislated for alcohol health warnings to be introduced over the next few years, though without specifying what they will be.

The international importance of the Australian and New Zealand decision in setting a design standard for the label specifying size, colour and wording needs to be acknowledged. This will limit the ability of the alcohol industry to minimise the visual impact of the warning.

The compromises made, particularly abandoning the explicit ‘Health Warning’ heading terminology with ‘Pregnancy Warning’ (the label isn’t a warning about pregnancy), will diminish the effectiveness of this alcohol and pregnancy label. Also, it will certainly prompt future disputation over the precious package real estate as more health labelling requirements are mandated.

However, it is certainly a quantum improvement on the alcohol industry’s confusing information labels.

It is not in anyone’s interest for labelling standards to be incrementally adjusted in the war of attrition between public health and the alcohol industry, but ironically the decision by FoFR provides the opportunity to campaign for the Blewett-recommended comprehensive health warning labelling regime, and to fix the deficiencies with the pregnancy label.

It is abundantly clear from the work in tobacco control that generic health warnings are an important pillar in the fight against smoking-related death and disease. It will be the same for alcohol.

Such warnings need to be visually prominent, modelled on anti-smoking labelling and include a range of consumer-tested revolving alcohol and health messages, and mandated rules about placement.

The alcohol industry expects this to happen, which is why they have vigorously fought the pregnancy labelling proposal. Let’s not disappoint them.

Michael Thorn was the Chief Executive of the Foundation for Alcohol Research and Education from 2011 until 2019. Previously he was an adviser to the Western Australian Health Minister from 1988 until 1993 and a senior executive at the Department of the Prime Minister and Cabinet from 2009 until 2011. Currently, he is a consultant and adviser on preventive health.

See Croakey’s archive of stories on alcohol and health