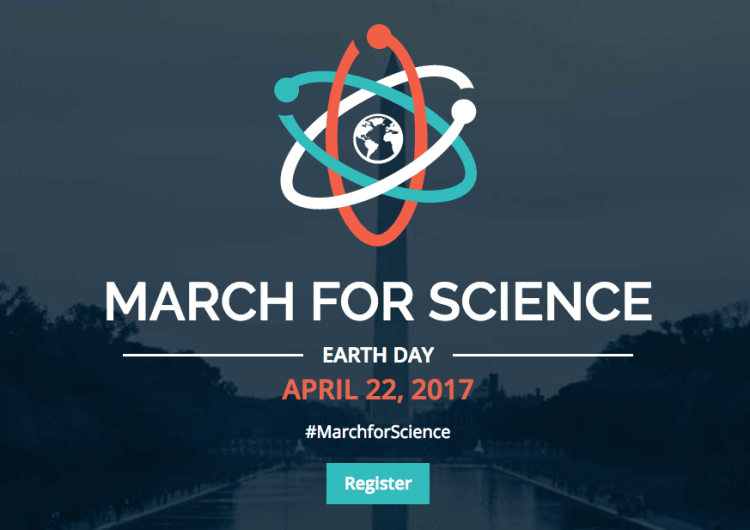 March for science & a “new power” challenge – what can we learn in health from the internet pioneers?

This Saturday (April 22) scientists and non-scientists around the world are being urged to march for science.

#MarchforScience is a global event bringing together people from all walks of life who believe we need more evidence and reason in our political process. Click here for information about marches across Australia and here to read a Science feature that talks to marchers from 17 countries.

Australian organisers say they are marching to demand action in the following areas: Literacy, Communication, Policy, and Investment (see more detail at the bottom of this post).

The Australian Skeptics organisation will also be marching, saying Australia has had its fair share of pseudoscientific movements and now with politicians like Senator Pauline Hanson and Malcolm Roberts who publicly deny medical and scientific consensus on vaccination and climate change.

“We need to ensure that science is properly funded, that critical thinking is applied to decision making at all levels, especially in government, and that science is central to the education of our children,” Skeptics executive officer Tim Mendham said. You can read their full statement at the bottom of this post.

In the article below, Dr Vahid Saberi, Chief Executive Officer of the North Coast Primary Health Network, discusses the shift in power and power structures that we are seeing in a new digital age, which is creating “new power” that is built on sharing and inclusivity.

He writes that that health and other human services could learn from internet pioneers – from Facebook to how a Hawaiian woman sparked the women’s march on Washington following Trump’s election as president – to see potential and embrace disruption for better health and wellbeing.

The emergence of internet media has moved the world to a place we could never have imagined 30 years ago. This new mode of communication has re-conceptualised almost everything in the world – including the power structures. Some rightly argue that what we are seeing is the establishment of “new power”.

Historically, power has been harnessed through institutions and authority. This power is like currency – it is owned and controlled by a few. The elite few guard and protect it. In contrast, the new power is like a current or water – it flows, built on sharing and inclusivity. It is open, participatory and crowd driven. The more people who own it, the more powerful it is.

Think of Facebook. Used to its full potential, the new power can be transforming. Consider crowdfunding through such sites as Kickstarter and Wefunder, which transform ideas into products without reliance on traditional institutions like banks and venture capitalists. Look at NikeID, a coming together of old and new power where the consumer designs the company’s shoes, producing some of Nike’s best-selling designs. Or Hawaiian grandmotherTeresa Shook, who was outraged by Donald Trump’s election. She got on Facebook and wrote the first thing that came to mind: “I think we should march.” She woke in the morning to 300,000 people interested in marching – the rest is history.

The new power is built on ideologies and values that resonate with the ethos of health and human services. For example, underpinning the new power is collaboration and consultation. The potential of new power is harnessed through cooperation over competition, sharing instead of guarding and hiding.

Additional value comes from reputation and feedback – selling on eBay is challenging for those who don’t keep their promises, advertise falsely and don’t deliver. We now live in a more customised world where individuals expect to be active participants in decisions that affect them, rather than passive recipients of decisions and products. The new power is also turning privacy on its head, challenging our concepts of what is public and what can be shared.

In the healthcare sector, we understand that the nature of power is changing. We dabble with new mediums like websites and social media. As organisations we set Facebook “like” goals and count our Twitter followers – but to what end? In reality, we are struggling to use the new power to change the way we work.  It is not just that we are not deft in using the instruments of the new power; we are resolutely set in our ways, our power structures are firmly established and unmovable.

So what do we do? How can human services utilise the new power? Would we be willing to do what NikeID does and use the community to design healthcare programs? Would we be courageous enough to use  social media to turn to a community and say, “We want to design a program to reduce smoking rates by 2 per cent – here, have a go at helping us design it”? Would we put up the design of a children’s hospital in an interactive medium and let the kids and parents shape the architecture? Would we be willing to disrupt our longstanding community consultation structures, with which we are comfortable, and we know don’t really work, and turn them on their heads?

It requires us to see the power that exists in our community, to see the unlimited potential before us and embrace disruption. It means we give up control and authority – embrace the unknown. This can be scary. But the era of co-design provides us with a mandate to bring about change, to open up our processes. Why wouldn’t we use the NikeID model to turn to users of our services and give them the freedom to come up with the answers?

The new power is upon us. It is inevitable. We can either use it willingly and deliberately, or we will be swept away by the incoming tide like many enterprises before us.

Priorities for March for Science Australia 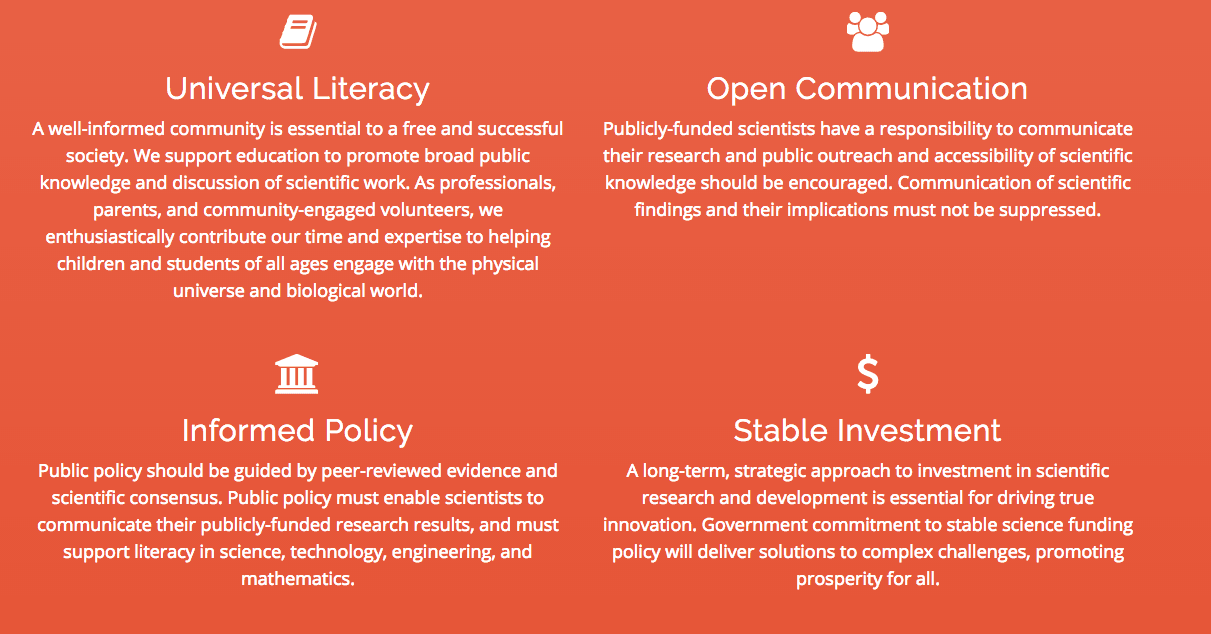 Statement from Australian Skeptics Inc – why we’re marching for science

Members of the committee of Australian Skeptics Inc will join the March for Science in Sydney on April 22.

The March for Science was initially established in the US, where there is a considerable and growing anti-science movement, such as the concerning advance of the anti-vaccination movement. The M4S movement has now spread around the world, with marches being held on April 22 – Earth Day – to “bring together people from all walks of life who believe we need more evidence and reason in our political process”. Most Australian capital cities and some regional centres will be taking part. (marchforscienceaustralia.org/).

Australia has its fair share of pseudoscientific movements. From the creationism movement in the 1980s to the popularity of today’s self-appointed nutritional expert “Paleo” Pete Evans; from the disgraced fake cancer sufferer Belle Gibson to the anti-vaccination movement which has created a misguided environment of fear and mistrust that has recently resulted in a case of tetanus in an unvaccinated child in the Northern Rivers region and a brain haemorrhage in a newborn with vitamin K deficiency, there have been many worrying challenges for Skeptics. Meanwhile, politicians like Senator Pauline Hanson and Malcolm Roberts publicly deny medical and scientific consensus on vaccination and climate change.

“Science and critical thinking have always been the core and the heart of the Skeptical movement,” says Eran Segev, President of Australian Skeptics Inc (ASI). “The opening sentence of our mission statement is ‘Australian Skeptics Inc will advocate critical thinking and scientific reasoning’, so we believe it is important to stand up and support any move that stresses the importance of science’s place in society and public and private policy.”

Tim Mendham, executive officer for Australian Skeptics Inc, says, “We need to ensure that science is properly funded, that critical thinking is applied to decision making at all levels, especially in government, and that science is central to the education of our children.”

The principles and goals of March for Science also include improving diversity and inclusion in science, increasing federal funding for scientific research and supporting individual scientists and their ability to communicate their findings freely.

Segev affirms that these are goals that the Skeptical movement in Australia have been pursuing for close to 40 years. “It’s something that we are proud of, and happy to continue to undertake as long as it is necessary – and it is more than necessary today.”

Other Skeptics and science enthusiasts in Sydney are welcome to join the ASI committee at the March for Science. Details can be found on our website (www.skeptics.com.au) or our Facebook page (facebook.com/AustralianSkepticsInc

PrevPreviousThree public health reasons why marriage equality is a great idea
NextLongRead: Democracy is not a spectator sport: 11 commandments for public health advocacyNext