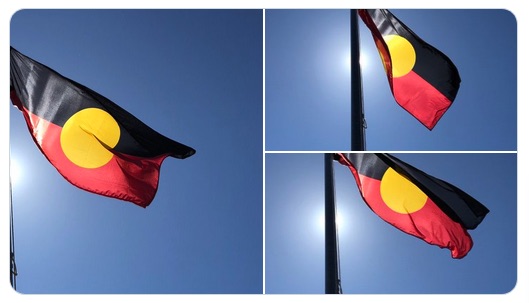 This week the Victorian Aboriginal Legal Service (VALS) hosted an Invasion Day webinar with three First Nations panellists who spoke about the impacts of colonial systems of power.

Austin said she found ways to get through the difficulties she was having with the child protection system by educating herself on the colonial foundation the system was built upon.

“It’s a heartbreaking reality that Aboriginal kids, our kids, are having to experience a system that was built to destroy us as a people,” she said.

“There is no safer place than Koori kids being with their community, the Koori community.”

In a written piece for Indigenous X, Austin explains her findings on the early introduction of child protection services. It dates back to the establishment of the Aborigines Protection Act (1869) and the Aborigines Protection Board, which controlled the lives of Aboriginal people in Victoria. Other states and territories introduced similar acts which allowed child removals from families.

The Bringing Them Home Report 1997 found that separating a child from their primary carer for a prolonged period of time before age 11 is associated with mental illness and family issues later in life. A 2018 report by the Australian Law Reform Commission further uncovered that Aboriginal and Torres Strait Islander children in out of home care were 16 times more likely to come into contact with the justice system.

Labelling the child protection system as a “continuation of genocide” that was operating exactly as it was designed, Gorrie said that it was a system set up to punish black women.

Gorrie explained they felt there were similar issues present in Australia and America after reading the book Shattered Bonds: The Color of Child Welfare by legal scholar and sociologist Dorothy Roberts. In the book Roberts shares her research into the child welfare system in America and associated racial imbalances and politics within it.

Both Gorrie and Austin agreed it was difficult managing the relationship as a carer with child protection social workers because they would often be asking for information about the child in their care, which made them feel uncomfortable.

Gorrie said children living in residential care were at risk of being criminalised if they do what would usually be deemed ‘normal kids stuff’, like putting a hole in a wall. An issue that would normally be addressed within a family instead becomes referred to police under child protection so that insurance can be claimed.

Waight added that she had seen cases of children in care being criminalised for spilt milk or for removing food without permission, beginning a child’s pathway into the justice system. She said although there was a Framework to reduce criminalisation of young people in residential care, it was symbolic and not reported on or designed to improve issues.

While Victorian prison rates have almost doubled in the last 10 years, last week the Victorian Government announced it would decriminalise public intoxication. This follows years of advocacy from Yorta Yorta woman Tanya Day’s family after her death in custody in 2017.

Advocates are now pushing to reform tough bail laws which were introduced in Victoria in 2018 after the Bourke Street Mall attack. This is after the 2020 death of Gunditjmara, Dja Dja Wurrung, Wiradjuri and Yorta Yorta woman Veronica Nelson while on remand for suspicion of shoplifting. An inquest into Nelson’s death – whose findings are due to be delivered on Monday – heard that the State’s bail laws are harming First Nations women.

Waight said in a released statement this week that the introduced bail laws had increased the prison population, destroyed families and drained government resources from communities.

“There have been times where about 80 percent of Aboriginal women in Victoria’s prisons are on remand. Often these women are victims of domestic violence and they are usually primary carers for family members,” she said.

“The Royal Commission into Aboriginal Deaths in Custody recommended that bail be made more accessible, but Victoria has done the opposite.”

Days before findings from the inquest into Veronica Nelson’s death were released, the Victorian Government announced it would put a stop to out sourcing  health care providers in women’s prisons.

An inquiry submission from Uncle Percy Lovett, Nelson’s long-time partner, gave evidence that in the lead up to her death, Veronica died in the Dame Phyllis Frost Centre Prison after calling for help approximately 49 times. Each time she contacted staff over the intercom, she was refused medical attention.

On hearing the announcement that private healthcare companies would be replaced with public ones, Lovett said in a submitted statement that he could not believe it and that it showed how bad healthcare was in the women’s prison.

“I hope this means that things will be better for the other women in prison, and that what happened to Veronica never happens again,” he said. “Blackfullas also need Aboriginal Health Services, it’s hard for us to talk to the officers and people inside.”

Waight said it was a first step towards improving healthcare in prisons and bringing them in line with the broader community.

“This is a win for the Aboriginal people who have advocated for better prison healthcare while dealing with so much grief and heartbreak,” she said.

“This crisis is particularly acute for Aboriginal people in prison who are more likely to die in custody because they didn’t get the healthcare they needed. Four Aboriginal people have died in Victoria’s prisons since Veronica Nelson.” 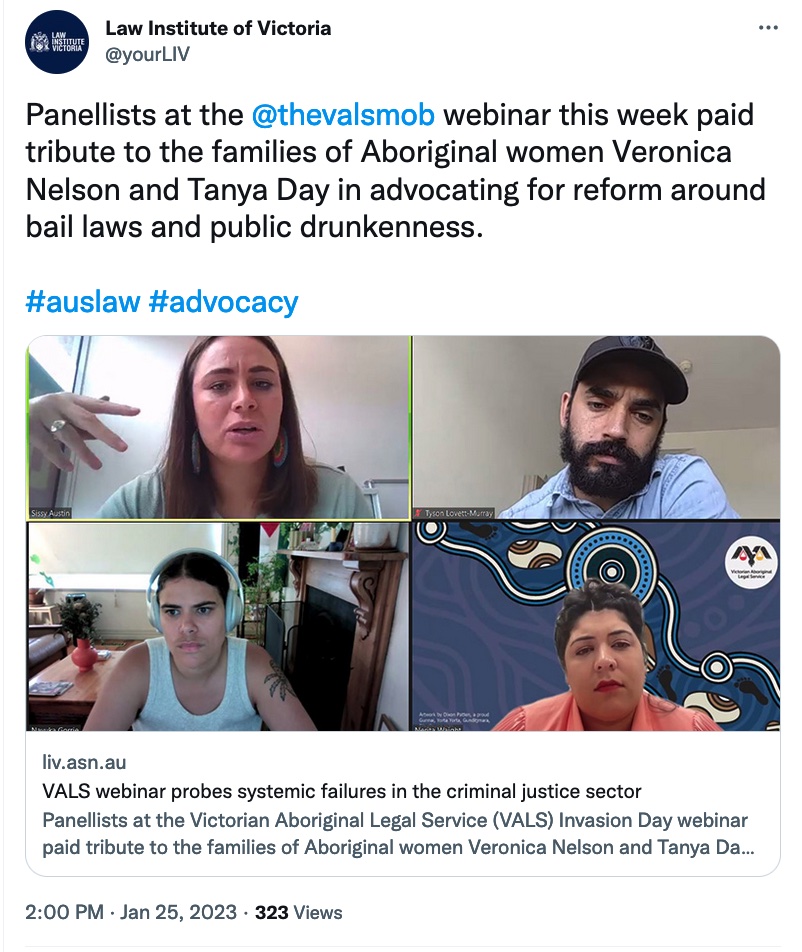 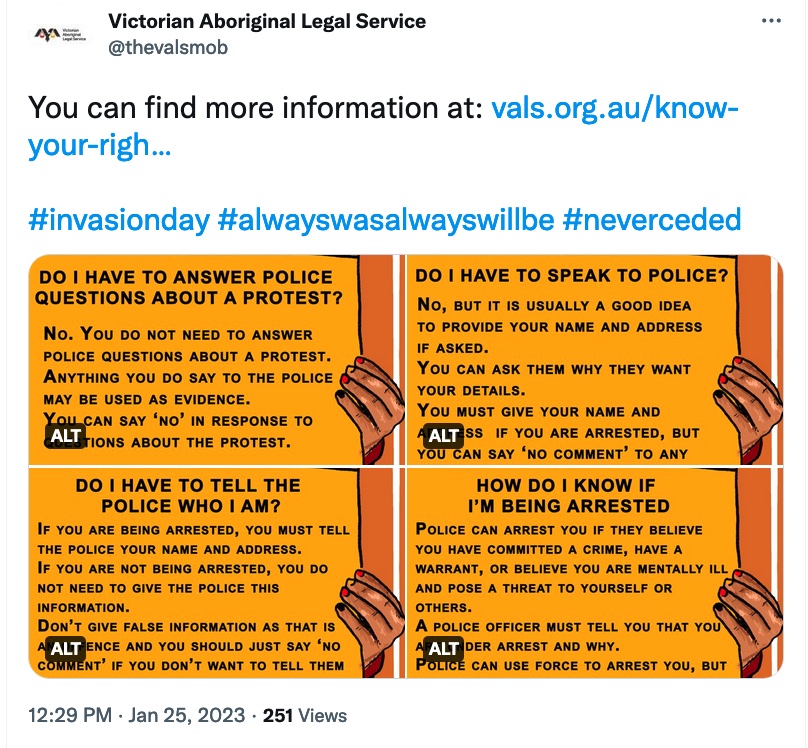 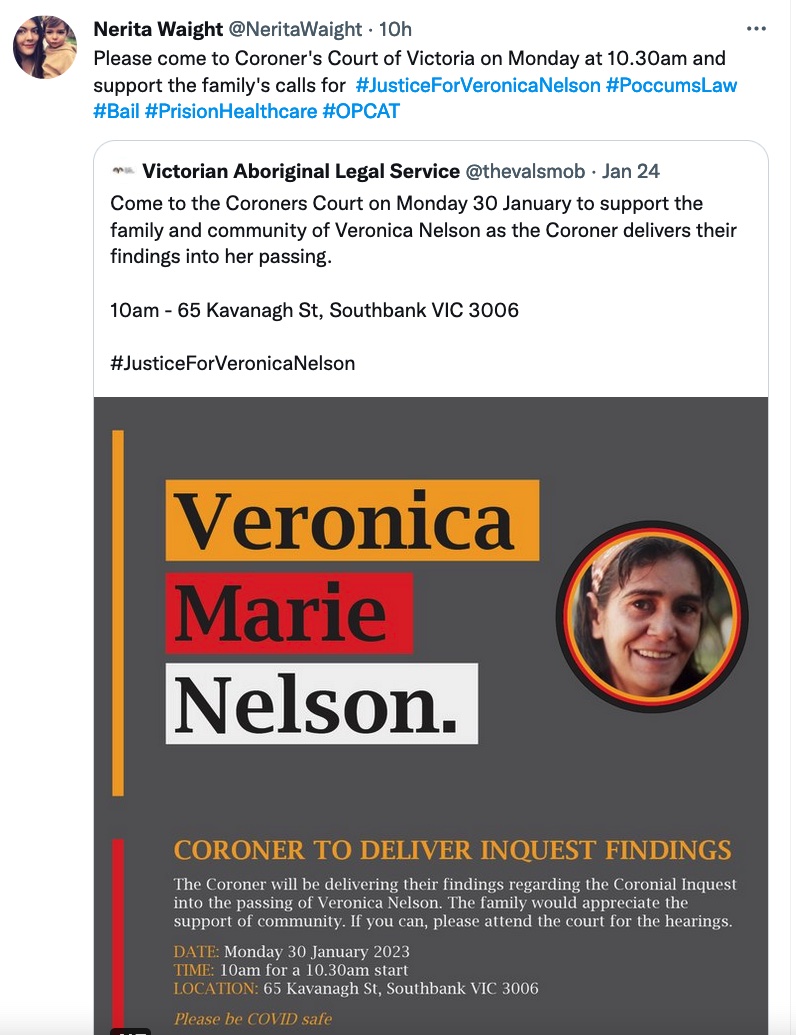 See Croakey’s archive of articles on justice and health