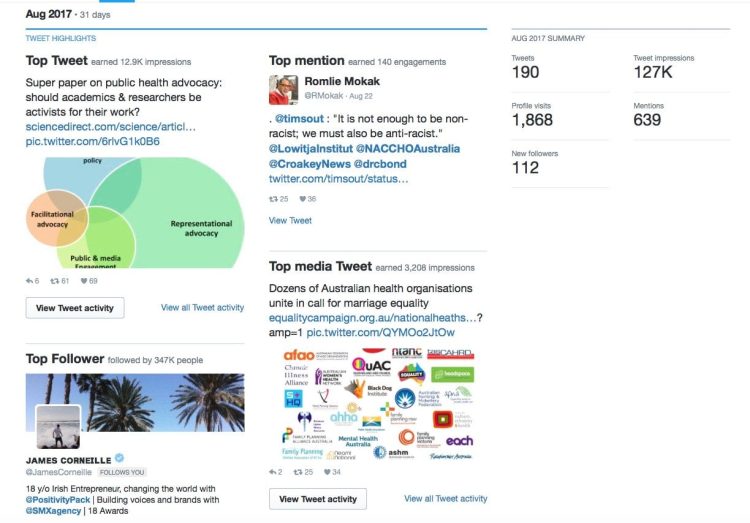 There’s no doubt that the current debate on marriage equality is giving an unwelcome platform to those with mis-informed, bigoted, harmful (and sometimes just plain crazy) views on sex, gender and marriage.

However, it has also offered the opportunity for health and community leaders to highlight their support for marriage equality and reinforce the link between discrimination and poor physical and mental health.

Among the many expressions of support is a joint statement issued today from 23 Victorian community health groups condemned the Australian Government’s decision to go ahead with a plebiscite stating:

The recent decision of the Australian Government to conduct a survey to determine the level of support for the right of lesbian, gay, bisexual, transgender, intersex and queer (LGBTIQ) people to marry, represents a significant risk to the health and wellbeing of LGBTIQ Victorians.

Aboriginal and/or Torres Strait Islander people who identify as LGBTI often experience multiple levels of marginalisation and discrimination. VACCHO is significantly concerned about the implications this campaign will have on the social and emotional wellbeing of the Aboriginal and/or Torres Strait Islander LGBTI community, their families and mainstream brothers and sisters. Already we have witnessed deplorable content generated from the No Campaign.

Recently on the ABC’s 7.30 Report Greens Leader, Richard di Natale warned of the impact a plebiscite would have on LGBTIQ young people:

We know that young kids who are struggling with their sexuality and gender will be harmed when a lot of the hateful speech that is unleashed as a result of this plebiscite takes place. We have spoken to a number of people within the LGBTI community. We’ve spoken to health professionals. We’ve spoken to the parents of gay and lesbian kids. And the consensus is very clear: they are worried that a hateful plebiscite will harm children, will harm young people and will send the wrong message.

Shadow Minister for Health and Medicare, Catherine King, has also spoken out strongly on the health impact of giving a powerful adjournment speech on this issue in Parliament yesterday.

In the speech (text below) she outlines the reasons why marriage equality is a health issue and quotes from a letter published by Junkee from Croakey’s Amy Coopes about the impact of the current debate on LGBTIQ families and communities (see the bottom of the post for tweets by Coopes added on 7 September).

The video of this speech can also be seen here.

Right now, across Australia, we are having a discussion about marriage equality.

Frankly, it is an unnecessary discussion, brought on by a Prime Minister who was frankly too weak to do the right thing, who has denied us the opportunity to have a vote in this place and get the matter sorted once and for all.

And as Shadow Minister for Health and Medicare, it is incumbent on me to talk about the impacts of this debate, and of marriage equality in general, on health and wellbeing of LGBTIQ communities around the country.

Let me be clear – the reason for these statistics is not due to sexuality but to persistent and reinforced exclusion.

Failing to implement marriage equality is a form of social exclusion, a discriminatory environment that has been documented to foster feelings of rejection, low self-esteem and a lack of acceptance.

And sadly, the postal survey has provided a platform for harmful views that reinforce this discrimination, views that will promote prejudicial, stigmatising and harmful views about LGBTIQ people, their relationships, and their families.

Last Friday, Amy Coopes, a journalist, medical student and, along with her same-sex partner, a mother of a young son, wrote a letter about the experience of the marriage equality postal survey.

This is an extract of what she wrote to her son:

I never truly believed that it would happen, in 2017. That our government would actually bring this down upon us, invite 16 million people to debate our lives and our love for a bit of sport. And that they would unleash this without any kind of protections on what could and couldn’t be said. There are no limits to what lies are being peddled, nor to the terms in which we are permitted to be discussed.

This was always going to be about everything other than the simple question – should two consenting adults be allowed to wed – because every poll across the political spectrum shows this is a foregone conclusion: the answer for many is yes, of course, yes. The naysayers are desperate to dehumanise us, to imply that we are a radical and remote minority because it’s so demonstrably untrue.

Amy says that she is comforted by the fact that her son is so young that he won’t remember people campaigning about the right of her family to exist.

This family is not alone – their experiences are replicated across the country by LGBTIQ people and their families.

And there will be many children and young people who are of an age where they won’t forget – they will see the ads, they will hear the hurtful messages and they will absorb them.

Tonight, I want to send a very strong message of support to all those people who are watching this debate unfold.

To those who are seeing their lives attacked by opponents of equality, I want to assure you that there are people fighting for your equality and standing alongside you in this fight. It is a fight of inclusion, and we will win.

This isn’t a debate we should be having. But now that the Government has brought our country here, it is a debate we are determined to win.

As opposition health spokesperson, I will always fight for and protect the health of every single Australian. Whether they are LGBTIQ or they do not identify as such. This means fighting for marriage equality. 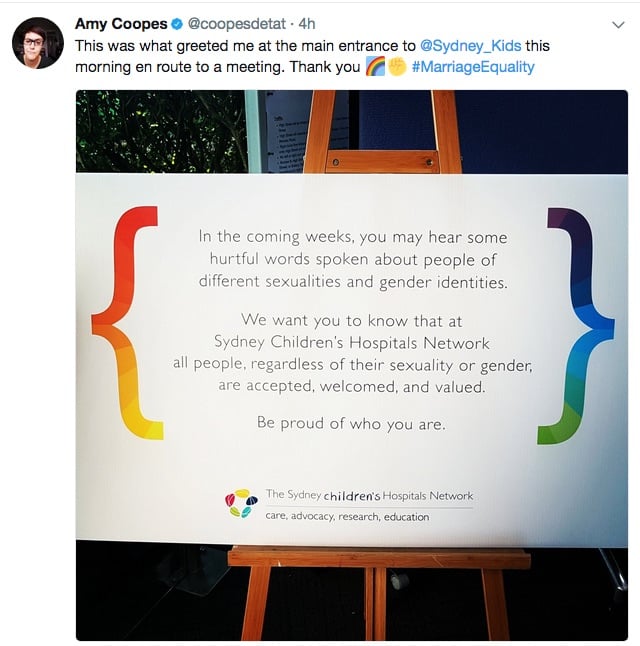 PrevPreviousWhy ‘Smoking during pregnancy’ health promotion messages don’t always work: Lessons learned from a teenager and why we need to ‘change it up’
NextLet’s talk about sex – and also find some sexual healing. Theme songs from #TheMHS2017Next