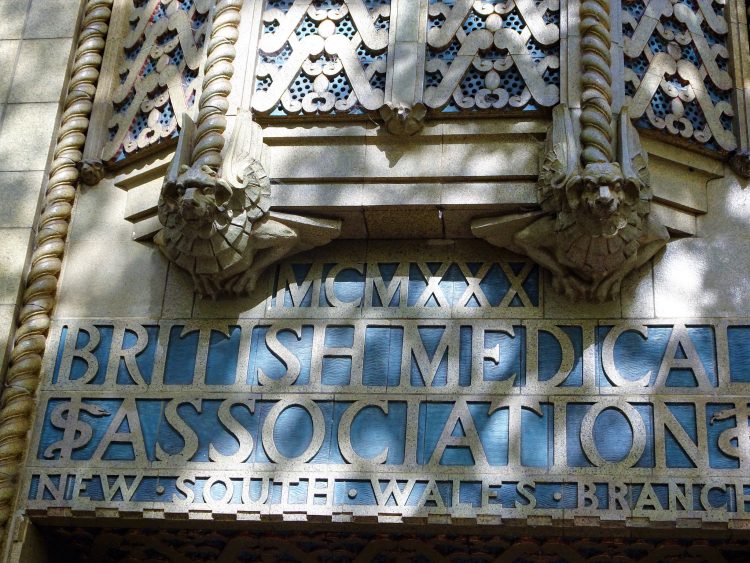 Media and politicians often defer to the AMA on COVID policies. But what role should the doctors’ group have in the pandemic?

Introduction by Croakey: New South Wales Premier Gladys Berejiklian came under fire after implementing a snap lockdown of the state Saturday evening without a press conference and with little notice, just hours after her daily COVID-19 briefing to the media.

The seven-day lockdown was initially made public via a series of social media posts by state MPs and later confirmed by the Premier on social media, just hours before the order was due to come into effect.

It follows the announcement of 466 new cases of COVID-19 in the state on Saturday, the majority of whom were not isolating while infectious, as well as a growing number of clusters outside of Sydney.

Berejiklian said the move, which she has resisted for several weeks, was prompted by new health advice over the course of the afternoon.

She has come under sustained pressure in recent weeks to adapt more stringent lockdown measures, from quarters including the Australian Medical Association and its President Omar Khorshid.

In this piece, first published at The Conversation, Associate Professor Lesley Russell of the University of Sydney’s Menzies Centre for Health Policy and a columnist at Croakey, examines the AMA’s political influence and how it has been flexed during the pandemic.

These include changing recommendations about the use of the AstraZeneca vaccine, urging the New South Wales government to institute tighter lockdown measures, and welcoming National Cabinet’s roadmap out of the pandemic.

The raft of AMA media releases, doorstops, and television and radio slots goes beyond the pandemic to expressing concerns about climate change and doctors in Myanmar. Khorshid even outlined the AMA’s Vision for Australia’s Health at the National Press Club address in June.

Why is the AMA so regularly deferred to by politicians and media alike? And what is its role in the pandemic?

Historically, it has protected doctors’ professional and financial interests

The AMA (and its predecessor, the British Medical Association) built its reputation as a powerful, aggressive lobby group – essentially a medical union. It’s focused on protecting doctors’ professional interests and financial autonomy, and preserving the status quo in health care.

The self-published volume to commemorate the AMA’s 50th anniversary – ironically titled “More than Just a Union” – boasts of efforts to forestall government attempts to make health care universal and affordable.

The most egregious of these was the relentless opposition to the introduction of the Pharmaceutical Benefits Scheme, Medibank and then Medicare.

Read more:
The AMA and Medicare: a love-hate relationship


Underpinning this opposition was a fear of controls and interference by both governments and health insurers, and efforts to expand the scope of practice for health-care providers other than doctors.

How the AMA has shaped past health policies

Those past fears are echoed today in the AMA’s continuing opposition to a range of proposals that are seen as impinging on doctors’ autonomy.

These include resistance to payment mechanisms that would move from fee-for-service (an itemised fee charged for every visit) to capitated fees for ongoing care of a chronic condition.

Concerns about the adequacy of doctors’ Medicare rebates are ongoing and, in some cases, justified. These concerns have led to the AMA issuing its own fee guidance to doctors.

The AMA has a particular aversion to “US-style managed care” which it describes as “a recipe for cost-cutting and less choice”. The AMA fears Medicare and private health insurers will try to push doctors, hospitals and patients into coercive contracts with capped funding payments, and require defined standards for performance, quality and outcomes.

Meanwhile, the AMA has consistently pushed back on increasing the roles for midwives and nurse practitioners in the health-care system, and is vehemently opposed to pharmacists having an increased prescribing role.

Yet the AMA has also played a significant leadership role in highlighting important issues as varied as Indigenous health, tobacco and vaping regulation, boxing injuries, treatment of refugees, and climate change.

Inside the AMA machine

The AMA’s federal secretariat has excellent resources to assist with this work – experts in policy development, economic analysis and communications. This is highlighted in the report cards it regularly issues, which have the capacity and status to influence public opinions and government policy.

The AMA is diligent about making sure its voice is heard with budget commentary and submissions to a range of enquiries and reports. According to the AMA website, in 2020 it made 45 submissions – a mammoth task of preparation and approval.


This latter task is never easy for the AMA. It is an inherently conservative body, more comfortable with the conservative side of politics, although this has varied with the public face of the president.

Internal infighting was conspicuously highlighted when Dr Michael Gannon, in his successful 2016 run for AMA presidency, chided then-president Dr Brian Owler for opposing funding cuts in health in the 2014-15 Budget and the medical treatment of asylum seekers.

The criticism that is made of the current leadership [of the AMA] is that it’s strong on progressive policies but not listened to by the conservative government.

Ultimately, these in-house conflicts undermine the effectiveness of the organisation’s loud public voice. It can agree with or oppose government proposals, but is rarely able to generate enough internal consensus to offer alternatives.

All this serves to cast the AMA today as something of a chameleon organisation trying to be all things to all people. On the one hand, it’s always at war with government (regardless of political party) over members’ interests. On the other hand, it elevates issues of social responsibility and publicly positions itself as seeking to advance community health.

We see this dichotomy playing out in the pandemic. Along with supportive words to the public and comments on governments’ actions, the AMA is raising the usual concerns and is “working tirelessly” to shore up its influence in the corridors of power.

How the AMA is using its influence in the pandemic

It is likely the AMA’s influence on the federal government led to the initial decision to roll out the vaccination of the general public primarily through GPs.

The AMA highlighted that rolling out the campaign through general practice was the best way to encourage the community to get vaccinated and noted “significant reservations” about the role of pharmacists in the vaccine rollout.

This follows years of opposition to pharmacists playing a role in the flu vaccinations rollout, as you can see in this media release from 2014:

Read more:
Grattan on Friday: We will need an inquiry to learn from rollout mistakes


Responding to questions The Conversation’s political correspondent Michelle Grattan raised last week about how the AMA shaped the vaccine rollout, Dr Khorshid said the program was slowed by “supply constraints and hesitancy due to changing advice”:

In recent weeks, we have seen how both GPs and pharmacists are needed to ramp up vaccine delivery, especially in coronavirus hotspots.

On other issues, the AMA has been very supportive of the expanded telehealth services that were put in place early in the pandemic to allow patients to have a consultation with their doctor by video or phone.

Read more:
What can you use a telehealth consult for and when should you physically visit your GP?


Initially these consultations were required to be bulk billed, but the AMA has now persuaded the government to remove this requirement. This means patients whose doctors do not bulk bill will now have out-of-pocket costs for telehealth consultations.

Striving for relevance and public trust

The AMA is driven by the need to demonstrate relevance to today’s cohort of doctors and the public in the face of increasing competition for members and attention.

So it’s no surprise the RACGP is also an active player on behalf of its members – the advocacy pages of its website show it claims some of the same policy victories as the AMA. Its president is also a frequent media presence on the pandemic and other issues.

Many of Australia’s problems with vaccine rollout and compliance with lockdowns are due to confusing communication strategies from governments and the poor quality of public education campaigns. There is certainly room for effective communicators, speaking in language that everyone understands, to step into this space.

Read more:
Just the facts, or more detail? To battle vaccine hesitancy, the messaging has to be just right


The public sees doctors as trusted voices and doctors working at the coalface are uniquely placed to comment on the health-care consequences of the pandemic.

The AMA (and other medical organisations) have spent decades building access to media and politicians. This means that often their voice is heard above those who have more expertise and their concerns are more obvious than those of affected communities. This is a privileged situation that should be used for public good, ahead of any organisational self-interest, during the pandemic and in the years ahead.

Editor’s note: The Conversation contacted the AMA for a response and in a statement, Dr Omar Khorshid said, “the issues the AMA advocates on are in the interests of doctors, the wider health professions, and patients”. He said these issues “go to the heart of our healthcare system and all health professionals, including nurses”.

See Croakey’s archive of stories about the Australian Medical Association.

PrevPreviousCommunicating climate change has never been so important, and this IPCC report pulls no punches
NextThe latest news on consumer engagement in research, healthcare and system designvoiceNext