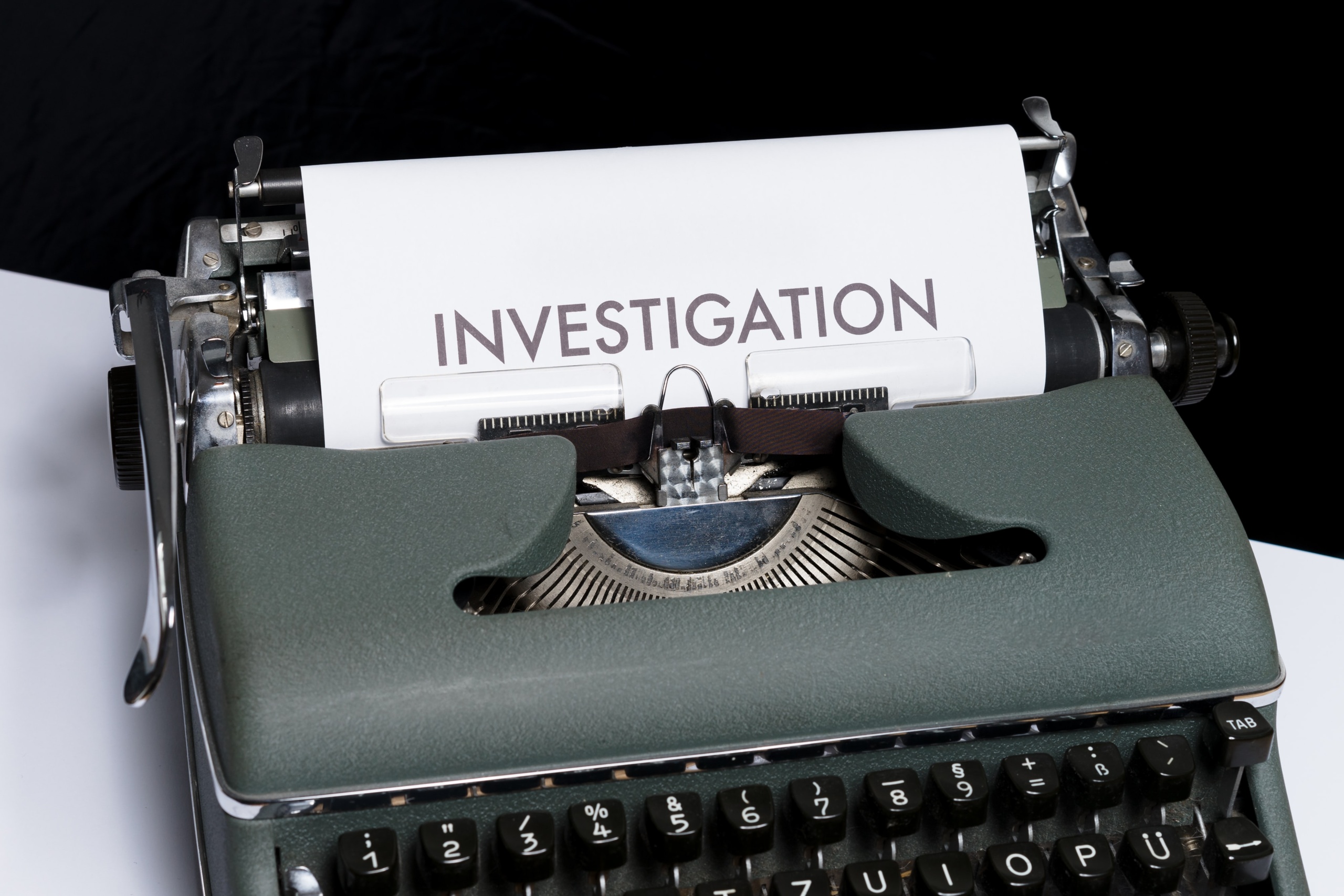 Since January 2022, 74 cases of hepatitis with unknown cause in children have been reported in the United Kingdom – 49 cases in England, 13 in Scotland and the rest in Northern Ireland and Wales.

Some of the children have been hospitalised with acute liver failure and six have undergone liver transplantation. No fatalities have been reported to date.

The cases are documented in reports by the World Health Organization (WHO),  UK Health Security Agency (UK HSA) and the European Centre for Disease Prevention and Control (ECDC).

Additional to the cases of acute hepatitis of unknown origin in the UK, cases have been reported in Spain, the Netherlands, Denmark, Ireland and in Alabama state in the United States.

In Australia, the Federal Department of Health and the Communicable Diseases Network Australia (CDNA) are monitoring these reports, a spokesperson for the Department told Croakey.

“No increase in cases of children hospitalised with unexplained acute hepatitis has been identified to date in Australia,” the spokesperson said.

The most common causes for hepatitis (inflammation of the liver) in children are viral infections Hepatitis A, B, C, D and E.

However, none of the viral hepatitis infections have been identified in the children with acute hepatitis, therefore defining it as hepatitis with unknown cause (or aetiology).

Other potential causes being investigated include coronaviruses (including SARS-CoV-2), adenoviruses (which cause the common cold as well as acute gastroenteritis depending the type of adenovirus) and environmental causes.

SARS-CoV-2 and/or adenovirus has been detected in some of the children, but not all– further investigations are required.

A biostatistician at University of South Australia, Professor Adrian Esterman, told Croakey that it is still early days yet, with the outbreaks being investigated by WHO, CDC etc.

“Several of the affected children have been found to have adenovirus 41,” he said. “There are over 60 types of adenovirus, most causing respiratory illnesses. However, adenovirus 41 causes gastrointestinal illness. Although infection is usually via the respiratory route, adenoviruses can easily be contracted by touching contaminated material like soiled nappies.”

Importantly, “there is no link to the COVID-19 vaccine. None of the currently confirmed cases in the UK has been vaccinated,” according to the UK HSA.

Associate Professor Ian Mackay, virologist at the University of Queensland, told Croakey: “Until we know more about this, it is safe to assume that Australia will also see, or maybe already is seeing cases. As I understand it, paediatric hepatitis is generally well-identified and diagnosed, so a rise in cases that do not have a cause attached will be a signal that whatever is causing this in other countries, has arrived here.”

According to WHO, the most common symptoms in the children presenting with acute hepatitis include jaundice, diarrhoea, vomiting and abdominal pain.

WHO define a confirmed case as someone who is presenting with an acute hepatitis (that is not due Hepatitis A, B, C, D, E) with increased liver enzymes (aspartate transaminase or alanine transaminase over 500 units per litre) who is 10 years old or younger, since 1 January 2022.

“Authorities [WHO, UK HSA and CDC] are very concerned about this outbreak because of the disease severity. Several children have been sick enough to require liver transplants. There is no evidence at the moment that it is in any way related to COVID-19, but investigators are keeping an open mind until a definitive cause has been established,” Esterman said.

A report published on 14 April 2022 provides an interesting account of the public health investigation that occurred after five initial cases were identified in the Royal Hospital for Children in Glasgow.

Usually fewer than four cases of hepatitis with unknown cause are reported across Scotland each year.

When five children aged between three and five years old presented to Glasgow’s Royal Hospital for Children with severe hepatitis of unknown cause within a three-week period, an alert was issued to Public Health Scotland (PHS).

A team of experts from across Scotland was established to review clinical and epidemiological data from the first five children.

Clinical symptoms in the preceding weeks (before presentation to hospital) included vomiting, jaundice and high levels of liver enzymes.

As in the cases reported in other jurisdictions, screening indicated that Hepatitis A, B, C and E were not present.

The research team also compared the numbers of children presenting with acute abnormal liver function tests in March 2022 with those in March 2019, 2020 and 2021. In children younger than five years, these data showed higher number of presentations in March 2022 than in March of the previous three years.

As at 12 April, thirteen children in Scotland met the confirmed case definition. Twelve of these cases have been identified from March 2022 onwards- only one case reported in January 2022.

Analysis of demographic data indicated the median age of patients was 3.9 years, all with white Scottish ethnicity and seven of the 13 children were female.

In trying to identify potential environmental causes, the researchers analysed residential data and found that most of the children lived in central Scotland, “but with no otherwise discernible geographic pattern (such as living near a lake or river).”

All of the children were reported to be in good health prior to this, but as an indication of the severe outcomes of the illness, all of the 13 children in Scotland had been admitted to hospital for a minimum of six days as at 15 April.

All patients admitted to hospital in Scotland are routinely tested for COVID-19 – five of the 13 had a recent positive test.

Ian Mackay said: “We can’t really rule things out this early but I saw that in the Eurosurveillance publication from Scotland, many of the children tested negative for SARS-CoV-2 suggesting the cause was not a current active infection. The sample site was not described in the Scottish study but presumably, it was the respiratory tract rather than blood or liver tissue so we can’t fully exclude systemic or localised hepatic replication of SARS-CoV-2 as a cause. This doesn’t exclude a delayed effect due to SARS-CoV-2 reinfection or infection that is now resolving – perhaps leaving specific damage from inflammation in its wake – but it does point away from an obvious role for SARS-CoV-2 in an acute onset disease.”

Five of the 13 children tested positive to adenovirus, which is common in Scotland between February and April. This report did not specify which adenovirus type was identified.

“At the time of publication, the leading hypotheses centre around adenovirus – either a new variant with a distinct clinical syndrome or a routinely circulating variant that is more severely impacting younger children who are immunologically naïve,” Marsh and colleagues wrote.

Investigations to determine the cause are ongoing.

In the meantime, Dr Meera Chand, Director of Clinical and Emerging Infections at UKHSA, said: “Normal hygiene measures such as good handwashing – including supervising children – and respiratory hygiene, help to reduce the spread of many of the infections that we are investigating.

“We are also calling on parents and guardians, to be alert to the signs of hepatitis – including jaundice – and to contact a healthcare professional if they are concerned.” 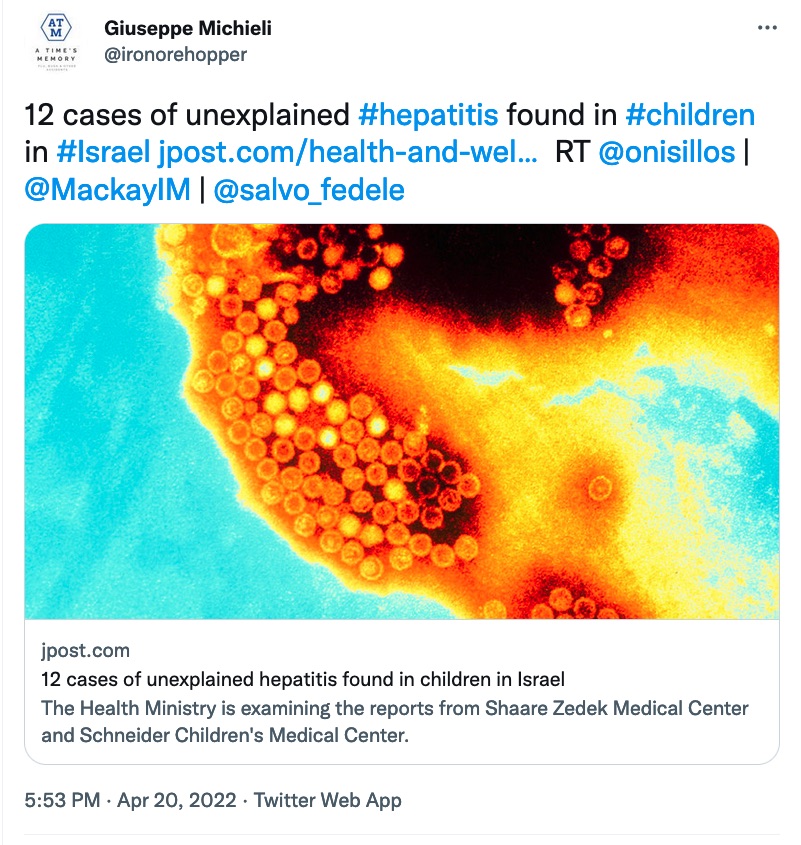