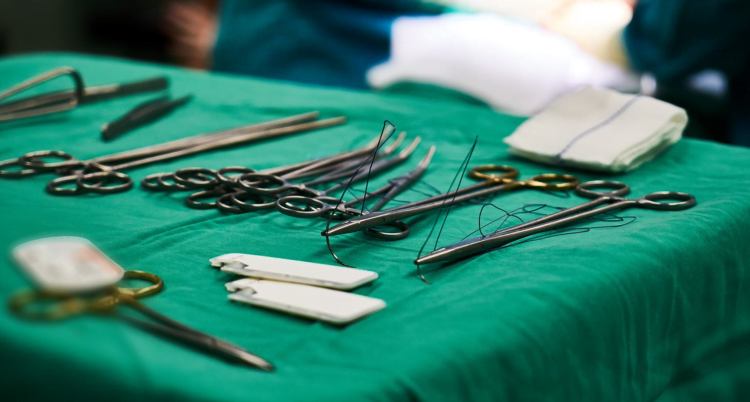 A recent investigation by the ABC, The Age and the Sydney Morning Herald has raised serious concerns about the lack of effective regulation of Australia’s multi billion dollar cosmetic surgery industry.

Reports from this inquiry include testimonies from consumers who have experienced serious and long term harms from cosmetic surgery.

While one doctor named in the investigation has agreed to stop practising medicine, questions continue to be asked about his clinics with reports in the media today that a woman who underwent liposuction has been taken to hospital in a critical condition with significant blood loss.

Below, Consumers Health Forum of Australia CEO Leanne Wells discusses a recent call from the Australian Medical Association (AMA) to restrict use of the term “surgeon” to practitioners with formal surgical training and argues that the medical profession needs to take some responsibility for delays in making this important change.

After the ugly revelations of the latest cosmetic surgery scandal aired on 4Corners recently, the call by the Australian Medical Association for urgent steps to tighten rules on use of “surgeon” is welcome.

The curious and more important question is why the AMA is still calling for such an outwardly simple change when the horrors of dodgy cosmetic surgery have been around for decades.

Worryingly, the prevalence of under-trained so-called cosmetic “surgeons” may be much more common than widely thought.  On the 4Corners program, plastic surgeon and Melbourne University Professor of Surgery, Mark Ashton, when asked whether the practice under scrutiny was one of many, responded that it was “the tip of the iceberg”.

As I said to ABC’s Cassie McCullagh, change is urgently needed to ensure cosmetic surgeons are properly trained. People not only suffer as a result of the botched surgery itself they also face continuing distress, loss of income and high out of pocket costs for remedial surgery.

For various reasons women and men do feel the need to undergo cosmetic surgery and have already paid before realising their mistake in choice of provider.

People need to speak out.  No one should accept these outcomes when we have a fundamental right to high quality safe health care in Australia.

So how can this be in a country like Australia which prides itself on a highly qualified, rigorously credentialled specialist medical workforce?

As stated by AMA President, Dr Omar Khorshid, patients can be misled by the term ‘cosmetic surgeon’ or ‘podiatric surgeon’, believing they are dealing with a medical practitioner who has formal and specific surgical qualifications when in fact they may not.

“The loophole needs to be closed, but action is required from health ministers. Many Australians will be shocked to know you can call yourself a cosmetic surgeon without any specific surgical training whatsoever as there’s no restriction on the use of the term ‘surgeon’ by doctors or by other health practitioners,” Dr Khorshid said.

Health ministers have been consulting on reforms to the regulatory scheme governing all health practitioners in Australia since July 2018. They supported restrictions to the use of titles ‘surgeon’ and ‘cosmetic surgeon’ but announced that further consultation would need to occur.

Why it should be such a difficult issue to resolve who should and should not be called a cosmetic surgeon is not only important when it comes to the consumer awareness.

A key reason for the continuing issue of problematic cosmetic “surgeons” is a regulatory impasse about how to regulate this area of practice.

Opposition Senator Deborah O’Neill was questioning Mr Martin Fletcher, CEO of AHPRA, and Dr Anne Tonkin, chair of the Medical Board of Australia.

Mr Fletcher did not accept Senator O’Neill’s suggestion that AHPRA’s role in regulating cosmetic surgeons was unclear: “I’d say we have a specific role in relation to registered health practitioners. This is an area, though, where there are a range of other regulatory and government bodies involved who have different responsibilities to us.”

Senator O’Neill asked: “Whose job is it to keep safe these patients who seek cosmetic surgery in Australia, as we are inquiring into today?”

Mr Fletcher: “It depends on the issue of concern. If it is about the services being provided by a registered health practitioner, that would come under the responsibility of the work of AHPRA and, in this case, the Medical Board of Australia.”

Senator O’Neill: “So it’s your responsibility to keep Australians safe?”

Mr Fletcher: “As it relates to a registered medical practitioner, yes.”

Senator O’Neill asked why could GPs or dermatologists be allowed to openly perform major surgical procedures such as breast surgery and tummy tucks without a fellowship from the Royal Australasian College of Surgeons.

To this question, Mr Fletcher suggested that Senator O’Neill put the question to Dr Tonkin, who said that under the national law, the Medical Board did not regulate scope of practice at all.

“We regulate title…we regulate what training people require in order to call themselves by a protected title. That’s the case throughout all of the specialties…,” Dr Tonkin said.

“We rely on medical practitioners to practise in a scope of practice for which they are adequately trained and experienced and have adequate expertise, and that is fundamental to the way in which the national law has been set up…So title protection is how we operate. We don’t operate on restricting people’s scope,” Dr Tonkin said.

That exchange at the Senate inquiry indicates that “title protection” can take precedence over the scope of what an untrained doctor may be able to do to an unwary patient.

While government and regulators are being blamed for the continuing flaw in oversight of this harmful and rapidly growing source of pain and suffering of patients, the medical profession must also take some responsibility.

Consumers place their trust in doctors who are accorded a high level of professional autonomy when it comes to the credentialling of specialists.

In the interests of patients, can it be that hard to create a recognised specialty of cosmetic surgery that would effectively outlaw unqualified doctors?