The medical research industry relies on the goodwill and support of the public to secure its licence to operate.

In my view, the medical research establishment has just taken a large step towards undermining that licence.

The federal budget, as Croakey and many others have made clear, is an attack on public health, prevention, Indigenous health and wellbeing, and the social determinants of health.

It will increase health inequalities and harm the most vulnerable members of our community. Nor does it attempt to address the major public health issue of our times – climate change.

If the medical research lobby was truly focused on community health and wellbeing, then at least they might acknowledge these concerns in their reactions to the Budget.

Media organisations will be giving medical research leaders plenty of airtime. They are of course perfectly entitled to welcome news of the Medical Research Future Fund – but they could also stand up for community health. Or they could choose to focus narrowly on self- interest.

But first, some pertinent tweets by way of introduction. 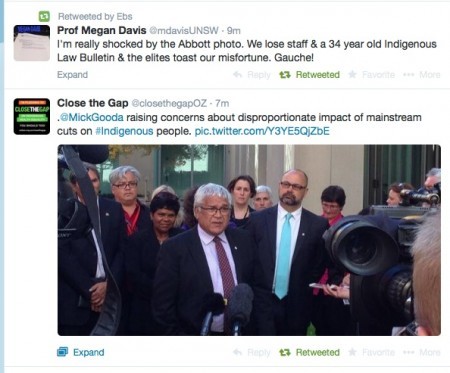 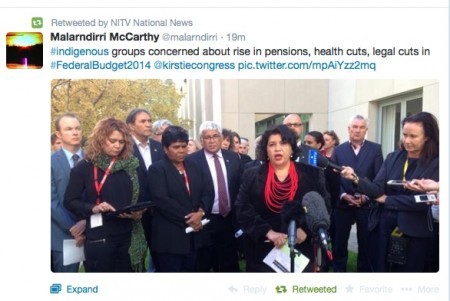 “In an obviously tough economic climate, having medical research as a centerpiece in the budget is an emphatic declaration by the Federal Government of the importance of medical research to Australia’s future health and prosperity,” said Professor Brendan Crabb, President of the Association of Australian Medical Research Institutes (AAMRI).

“Creation of this $20 billion fund into perpetuity is amongst the most significant initiatives in the history of medical research in Australia.”

Professor Crabb said that the Medical Research Future Fund will be transformative for Australian medical research, not only through the substantial increase in funding it will provide, but also because of the much-needed certainty that a perpetual fund brings to the sector.

“This will provide the stability needed to encourage our best and brightest to go into medical research.”

Professor Crabb said that billions of taxpayers’ dollars are spent each year dealing with diseases like diabetes, Alzheimer’s, cardiovascular disease and cancer. He said that tonight’s announcement will help medical researchers to reduce the burden of disease on the Australian community, and to make our health system more efficient.

Professor Crabb also commended the maintenance of National Health and Medical Research Council (NHMRC) funding in the budget, the $200 million commitment over five years for dementia research, and the $10 million investment over five years to streamline clinical trials and NHMRC grants processes.

“Australia must innovate across the board to flourish, and there is much in today’s announcement in medical research that suggests this government understands this.”

“The medical research community acknowledges the need to account for every dollar provided by this tremendous reform package, and pledges to work with the government to deliver on better health outcomes.”

The Telethon Kids Institute has welcomed the Federal Government’s commitment to a Medical Research Future Fund to improve the long term health and wellbeing of all Australians.

Telethon Kids Director, Professor Jonathan Carapetis, said the fund would provide a strong base for the sector.

“While there is no doubt that we are in tough economic times, an investment in medical research is something that brings benefits to all people of all ages.” Professor Carapetis said,

“Our challenge is to deliver high quality research that makes the health system more efficient and importantly brings real improvements to the health and wellbeing of Australians.”

The Medical Research Future Fund will grow to $20 Billion by 2020. Dividends from the fund are expected to effectively double the government’s investment in medical research to $2 Billion by 2023.

Professor Carapetis said the Telethon Kids Institute was committed to research that addresses the major childhood issues and translating the results into real outcomes for the community.

“We know that many aspects of disease and disadvantage, even those that affect us in adulthood, have their origins in the early years of life.  This long term investment in research has the potential to pay huge dividends over the life span and we commend the government for its vision in this area.”

The federal government’s investment in medical research through its $20 billion Medical Research Future Fund would secure a healthier future for Australians, the director of the Walter and Eliza Hall Institute of Medical Research, Professor Doug Hilton, said today.

Professor Hilton, who initiated the 2011 Discoveries Need Dollars campaign that saw thousands of Australians rally on the streets in support of medical research, said the government’s investment aligned with the importance the Australian community placed on health and medical research.

“Australian health and medical researchers have made discoveries that have improved the lives of million of people in Australia and around the world. This investment from the government is game changing. As a sector we take very seriously the responsibility to spend every cent as wisely and efficiently as we can.”

Professor Hilton said although there was not yet detail on how the funds would be spent, the first priority should be ensuring the research granting system was highly efficient. “We need the processes that exist around the administration of research grants to be commensurate with a fund of the size forecast for the Medical Research Future Fund,” Professor Hilton said.

Other priorities included supporting the indirect costs of medical research such as electricity and IT systems, developing a sustainable career structure for early and mid-career researchers, and supporting research aimed at making the health system more efficient and productive.

Menzies Research Institute Tasmania, an institute of the University of Tasmania, has welcomed the Federal Government’s commitment to medical research in the 2014-15 Budget, which includes $1.1 billion for a new Medical Research Future Fund to grow to $20 billion by 2020.

“We can’t keep the same approach to healthcare in the face of an ageing population and chronic disease. If new advances are not made, there will be increasing challenges to the provision of health care based on funding limitations,” the director of Menzies, Professor Tom Marwick, said.

“This new investment will see a return in the health of the Tasmanian community. Our population is older than the Australian average here and we have a higher incidence of many of the chronic diseases. It is vitally important to our community that we are able to build knowledge for prevention and intervention in these diseases.

“Every dollar invested in health and medical research returns on average $2.17 in health benefits, and even more in some areas, such as cardiovascular disease,” Professor Marwick said.

Dividends from the fund, expected to be the largest of its type in the world, will be spent exclusively on medical research. Dividend payments to medical research will start in 2015-16.

Professor Marwick said that because it was a perpetual fund, the Medical Research Future Fund provided much-needed certainty for the sector.

In addition to the new research fund, Professor Marwick commended the maintenance of National Health and Medical Research Council (NHMRC) funding in the budget, the $200 million commitment over five years for dementia research and the $10 million investment over five years to streamline clinical trials and NHMRC grants processes.

Update: Statement from the George Institute for Global Health (Comment from Croakey: interestingly, it acknowledges some of the Budget’s adverse health implications, particularly for Aboriginal and Torres Strait Islander peoples).

The George Institute for Global Health welcomes the federal government’s announcement of a Medical Research Future Fund (MRFF) as an ongoing demonstration of its commitment to the importance of medical research.

This may be the most significant development in Australian medical research since the establishment of the National Health & Medical Research Council (NHMRC) in 1936. Certainly, the creation of a $20B fund, as proposed, has the potential to transform Australia’s contribution to medical science and healthcare solutions in the 21st Century.  This fund will generate investments in health research of a size similar to those of some of the largest research funding bodies in the world, such as the Bill and Melinda Gates Foundation. The MRFF therefore represents an initiative that is of enormous importance, even on a global scale.

If this fund is used judiciously and focuses on research into the major causes of premature death and disability – including heart disease, cancer, stroke and chronic pain – it has the potential to radically improve the health of millions of Australians.

Beyond investment into disease areas, there is also an opportunity for funds to be invested into health systems research, a crucial component of overall health reform.

In this regard, there would seem to be real merit in ensuring that a major component of the research supported is designed to deliver early benefits to the most important stakeholder groups, namely all those Australians who, through the Medicare co-payment, will be direct investors in the MRFF.

Whilst we welcome this significant investment in medical research, we also note the challenges associated with other aspects of the budget, particularly for people from Aboriginal and Torres Strait Islander backgrounds and those that will be financially challenged by the introduction of GP co-payments and changes to the PBS.  It will be important to ensure the MRFF develops significant programmes relevant to these disadvantaged groups.

We also note the reduction of funding for preventative health initiatives, as well as the reduced investment in public-private partnerships in health through this year’s cancellation of the CRC program.

To balance this, it will be important to ensure the MRFF devotes resources to research on practical strategies for disease prevention, as well as to invigorating private sector investment and engagement in medical research.

As the policy changes in this budget are implemented, it is vital that medical research organisations and their collaborators provide the best possible scientific evidence to understand the impact of the changes, and guide further government’s decisions.

As an organisation committed to tackling Australia’s top health priorities, The George Institute will continue to provide world class research evidence relevant to the prevention and management of chronic diseases and injury and to the health system reforms required to ensure financial sustainability as well as clinical excellence.

We will support the government to ensure this landmark investment delivers the greatest benefits for all Australians. 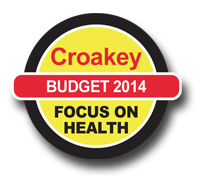 PrevPreviousFinding the opportunities – Bob Wells on the Budget
NextBudget 2014: the good, the bad and the ugly (but mostly the ugly….)Next