Labor is working hard to make health a central election issue, as indicated by Opposition leader Bill Shorten’s campaign cry of “this election is a referendum on the future of bulk billing and Medicare”.

And Labor’s electioneering focus on health seems to be paying off with the electorate, according to journalists on ABC RN Breakfast this morning discussing the latest poll findings.

Meanwhile, it seems that Health Minister Sussan Ley finds herself in the uncomfortable position of helping Shorten’s health campaigning, despite her insistence on national radio that it is jobs, not health, that matters most to the electorate.

She more or less acknowledged the damage that is being done – both politically and to healthcare – by the Government’s extension of the Medicare rebate freeze until 2020.

“I understand for doctors that the GP freeze has been difficult and I appreciate their working with us,” Minister Ley told ABC Radio National this morning.

“I have said to doctors that I want that freeze lifted as soon as possible but I appreciate that Finance and Treasury aren’t allowing me to do it just yet.”

So it seems the Minister has now publicly joined the long list of people and organisations concerned about the impacts of the rebate freeze.

The Government can only find itself under increasing pressure (including from the AMA  and RACGP) to match Labor’s promise to end the rebate freeze from 1 January 2017 (this applies to all services provided by GPs and other health practitioners, including medical specialists, and Labor says it will be funded through measures such as not proceeding with the new baby bonus or the tax cut for multinational companies).

Meanwhile, lawyer and researcher Margaret Faux suggests below that if the public – and media and political commentators – properly understood the impact of the freeze on patients, the pressure on the Government would be even more intense.

If doctors stop bulk billing in the face of the ongoing freeze, she says patients will not simply be up for a co-payment – but will have to pay the entire fee upfront, before claiming their rebate back from the Government.

The implications for people who are short on cash are obvious.

What’s in a name? The term co-payment is used widely throughout global health funding discourse to describe patient contributions for medical fees, but the word sits uncomfortably in the Australian context.

The Oxford dictionary describes co-payment in the following terms:

A payment made by a beneficiary (especially for health services) in addition to that made by an insurer.

It seems simple enough but consider this: if an Australian doctor accepts a payment made by a beneficiary (a patient) in addition to that made by the insurer (Medicare), when bulk billing, he or she may be committing a crime.

It’s partly a semantic argument because ultimately any net cost to the patient can legitimately be described as a co-payment, but there’s a very big difference for patients based on the way the message is sold.

It’s the difference between paying a smaller amount to top up the insurer amount, or paying both amounts first and then getting the insurer’s portion back later – and it matters a lot to patients.

And think about it, whatever your views on Tony Abbott’s Prime Ministership, he wouldn’t have put his government through the agony of the 2014 co-payment debate if co-payments were already legal.

In Australia, with the exception of health fund known gap schemes for private inpatient services, co-payments (meaning the patient pays a small amount to top up the insurer amount) are illegal – and the Medicare rebate freeze will not change that.

Section 20A of the Health Insurance Act 1973 provides that when bulk billing, the doctor must accept the patient’s Medicare rebate ‘in full payment’ for the professional service provided.

In the process of submitting the bulk bill claim the doctor makes a declaration to the Federal Government that she or he has not sought any other payment for the service being bulk billed. If other payments have in fact been sought, one of the common fraud offences in the Criminal Code may be triggered, typically that of obtaining a financial advantage by deception.

In 2006 one doctor was found guilty by a jury of 96 counts of criminal fraud for charging additional amounts when bulk billing, the payments in question being essentially characterised in the case as illegal co-payments.

In addition, various legal cases have considered what comes within the ambit of a professional service and have found that consumables, administration and other fees are also within scope and cannot be charged separately.

So basically, when a doctor bulk bills a patient for a single professional service no other amount can be charged, and it doesn’t matter what it might be called. Bandages, booking and administration fees are all listed on Medicare’s website as prohibited additional charges. The only exception is certain vaccines not listed on the PBS.

Separate fees cannot even be charged by other entities, because there’s a decided case on that too.

So an entrepreneurial practice seeking to game the system by having a corporate entity charge an administration or other fee whilst having the individual doctors within the practice bulk bill, is prohibited from doing so.

For example, if you go to the GP for treatment of a leg wound and leave with a dressing bandaged to your leg, it is illegal for the doctor to charge you separately for the dressings and bandages (if you are being bulk billed).

For most Australians, bulk billing feels like a simple transaction but it is in fact surprisingly complex. Whilst there are of course exceptions to the above, generally speaking, when you go to a doctor, if you walk out to the reception desk after your consultation and there is only one item number on your account, and you are being bulk billed, you should leave the practice having not paid a cent to anyone for anything.

The Medicare rebate freeze does not change this nor does it mean that doctors can start plumping up their fees creatively – the law of bulk billing must continue to be strictly applied.

So what does this mean for Australian consumers?

If doctors stop bulk billing, patients will pay full fees up front, not co-payments (as I have described them) because it’s the law.

In a minority of practices, a very old method of gap only claiming may be adopted, but this anachronistic hangover from the 70’s is not widely used because it involves cheques and takes months.

In my work, we deal with the impact on consumers of the use of the term ‘co-payment’ every day.

It occurs when understandably angry patients call us, outraged because they have received a bill for say $500 when the surgeon told them they would only have a $200 co-payment (I regularly implore clinicians to provide patients with accurate information or let us do it for them).

We find ourselves constantly explaining how the system works and helping patients to understand that they will ultimately only be left with a $200 out of pocket cost as per the surgeons quote.

But here’s the thing: many patients just don’t have $500 or whatever the full fee was.

They feel mislead, and well, we can’t blame – they were.

What the surgeon could have said was this: You will have to save up $500 for your surgery and pay all of it to me. Once paid, I will issue you with a receipt and you will then be entitled to a rebate from Medicare and your health fund totalling $300. The net amount you will be out of pocket will be $200.

It’s the clear, unambiguous truth and in our experience patients are grateful for it because they know where they stand and there are no nasty surprises when the bill arrives.

By continuing to use the term ‘co-payment’ in this debate, we are not only giving some legitimacy to what is essentially a bulk billing crime, but may also be doing Australian consumers a disservice by lulling them into a false sense of security (at least those who can afford to pay) that the rebate freeze is not such a big deal.

They may erroneously think that they might soon have to start paying something, a modest amount when they go to the doctor, perhaps $10-$20.

But that is not where the rebate freeze leads. The fact is that patients will have to pay full fees upfront if doctors stop bulk billing.

So when you go to the GP and the service is say an item 23, you won’t be handing over $20, you will instead need to have $57.05 cash in your pocket and only after you have paid the full amount, will you be entitled to a rebate of $37.05. But you still have to have the money first.

The federal government is relying on market forces to keep bulk billing rates high, but it’s a big gamble and a potentially dangerous one because of the obvious risks to health outcomes.

No government should be cutting health spending in areas which may compromise the health of citizens.

It is beyond dispute that imposing barriers at the front door to our health care system – our GPs – will stop some patients from seeking the care that they need.

As Dr Margaret Chan the Director General of the World Health Organisation said:

At a time when money is tight, my advice to countries is this: before looking for places to cut spending on health care, look first for opportunities to improve efficiency.

It’s a message unheeded by the current government.

But Australians have an opportunity to do something about it when they go to the polls on 2 July.

In the meantime, we need to be straight with consumers and tell them exactly what an end to bulk billing means.

• Margaret Faux is a lawyer, the founder and managing director of one of the largest medical billing companies in Australia and a registered nurse. She is a research scholar at the University of Technology Sydney. 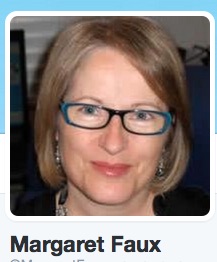 No payments, co-payments and faux payments

Outsourcing Medicare – will a tap and go approach lead to Medicare being tapped and gone?

PrevPreviousCall to action: Tear down the barriers to inclusion for people with mental illness
NextHow unhealthy corporates are winning online – and other public health news from the world of big dataNext