Memo to G20 leaders: the three best buys for health equity (and it takes only five minutes!)

The Brisbane Global Cafe, which is billed as a “pre-G20 thought-leadership forum”, is underway with “75 of the world’s sharpest, provocative and most innovative minds”. 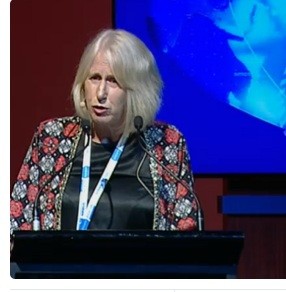 The five themes for its two days of discussions are: Improving Human Life; Powering Future Economies; The Digital Age – Entrepreneurship & Innovation; Tourism’s New Frontiers; and Cities of the Future.

Public health expert Professsor Fran Baum – who is also tweeting this week for @WePublicHealth on the health implications of the G20 – shares below her presentation to the forum yesterday.

I was asked to speak at the pre-G20 Brisbane Global Café on the theme of global health equity and given 5 minutes to do so!

I compiled a set of slides to help me do this. They may be useful to Croakey readers. 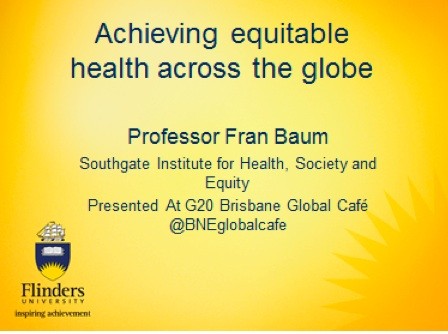 The first task was to remind people that the basic causes of unfair patterns of health, unfair access to health care and the conditions that make for health is the unfair distribution of power money and resources. 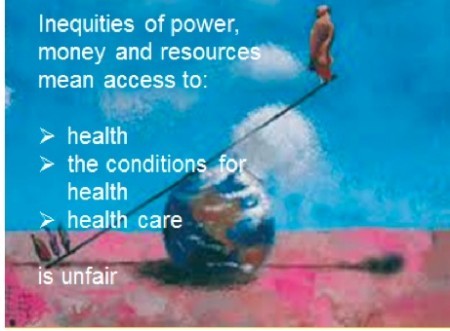 This situation leads to gross health inequities around the world whereby in countries like Australia and Japan people live to over 80 whereas in many African countries people barely make 50. There is no biological reason for this. 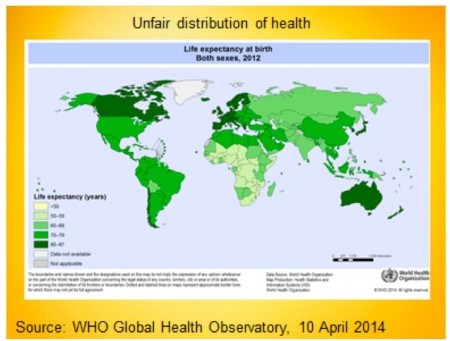 This unfair situation is reflected in the distribution of health services. The infrastructure we have in Australia is so much better than the infrastructure in poor countries like Liberia the epicentre of the Ebola epidemic.

Surely if Liberia had had the infrastructure and ratio of doctors to population that we have then the epidemic would have been curbed earlier. 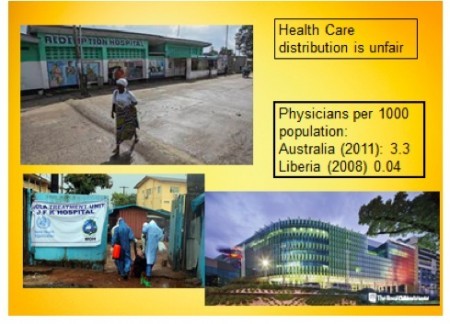 Yet global health equity will not be solved by health services alone. It is crucial to bring attention to the living conditions that made people unhealthy in the first place.

It is senseless to treat illness and then send people back to the conditions that made them ill in the first place with improving those conditions. 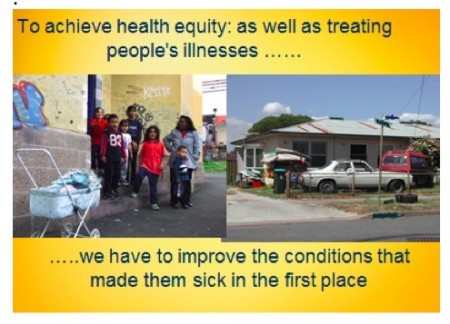 A conservative estimates suggests that 25% of contribution to population health comes from health services. 50% comes from social and economic development and 10% from the physical environment.

This means attention to the social and economic determinants is vital. 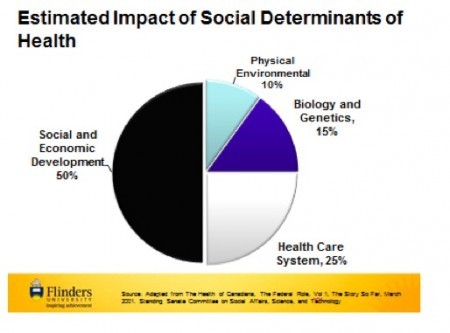 Yet policy responses around the world typically only focus on the tip of the iceberg (Baum, 2009) and are directed at dealing with diseases and behaviours.

Meanwhile, the main drivers of health inequities lie below the iceberg and receive very little policy attention and resources compared to those at the tip. 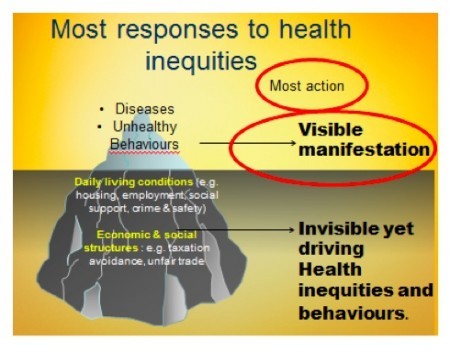 One of the most important issues below the iceberg is the unequal distribution of wealth.

More epidemiological evidence (e.g. Wilkinson and Pickett, 2010) points to the ways in which more equal societies do better – they are healthier and score better on a range of measures of well-being. 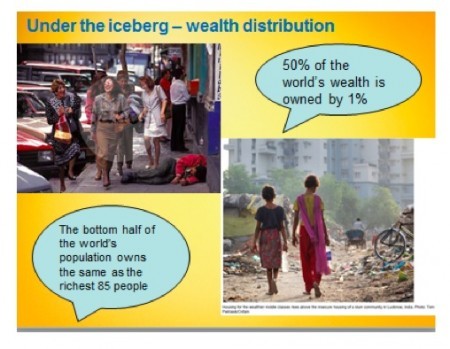 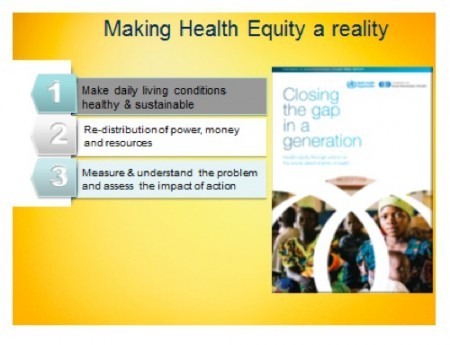 I boiled down my message for the G20 to three points that are on the slide below.

The G20 could start discussion with the question: how can we provide the conditions to make the next generation of children hopeful, happy and healthy?

Then they could ask how can we change our health systems to ensure that they focus on prevention of disease and massively increase investment in prevention and health promotion?

The revenue for this can be raised by fair taxation and closing down tax havens and ensuring fair terms of trade.

This means ensuring that trade treaties are not only concerned with maximising profits but also with protecting and promoting population health and spreading the benefits of economic development. 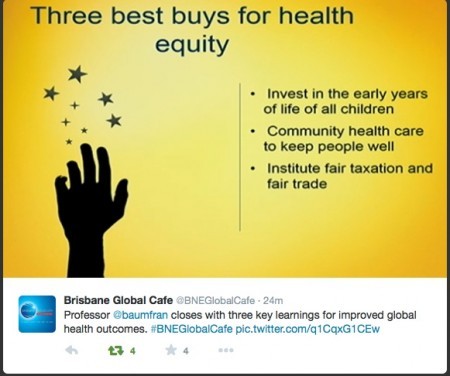 • Stay tuned for further Croakey posts on health and the G20