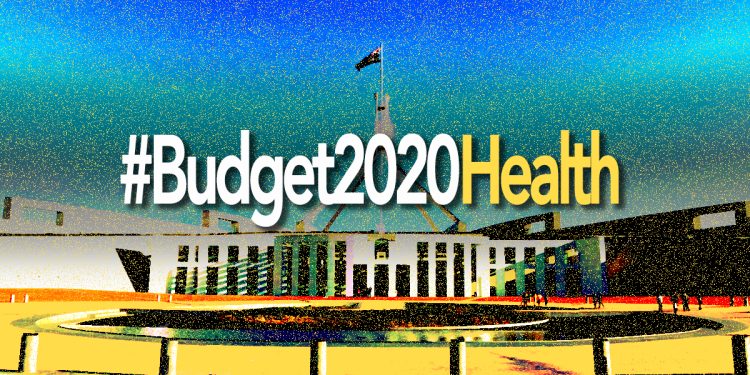 Introduction by Croakey: Last week’s Federal Budget included a number of mental health measures, including around $100 million for extra services provided under the Medicare funded Better Access program and an additional $7 million for mental health organisations Beyond Blue, Headspace, Kids Helpline and Lifeline.

While stakeholders have welcomed the increased focus on mental health, they have also raised concerns about the targeting of this funding.

Last week Dr Sebastian Rosenberg criticised the increase in funding for Better Access, given that the data suggests that “rather than provide better access to more people, the Program is just providing better access to the same clients, year after year.

He also argued that there is “little if any evidence it has fundamentally improved the mental health of Australians.”

Below, Louise Stone, Clinical Associate Professor at the ANU Medical School and Christine Phillips, Professor of Social Foundations of Medicine also at ANU, explore how this Budget compounds existing inequities in mental health care through targeting funding to mainstream services which are often not accessible to those with the most complex needs and highest levels of disadvantage.

This article originally appeared in The Conversation and is posted here with permission.

The COVID-19 pandemic has ushered in more anxiety and depression, raised rates of bipolar disorder and other psychoses, and left many Australians stricken with grief. And we will, devastatingly, lose more Australians to suicide.

Meanwhile, many people are facing job losses, financial hardship, isolation and some are suffering long-term symptoms of COVID-19 or other chronic illnesses.

Look more closely, however, and some concerning patterns emerge. The commitment to mental health is channelled through these services, which provide a narrow spectrum of care. These organisations favour people who are resourced, resourceful, literate in English, urban, and have more easily treated conditions than those with complex or multiple chronic illnesses. In fact the people with the deepest need tend to receive the least care.

People with mental illnesses aren’t all the same. Mental health concerns range from grief and loss, to chronic severe schizophrenia, to depression and anxiety, and many of these conditions overlap. Many people have also survived considerable trauma, and this has a deep and lasting impact on their health and well-being. Others live with disability, homelessness, chronic pain, domestic violence and poverty.

Professor Ian Hickie, who was a founding director of Headspace, says:

The Headspace model was never set up to deal with more complex presentations, people with impairments already established, those who had complex mixes of anxiety, depression and substance misuse.

As clinicians with a particular interest in mental health, we are wary of the “single illness fallacy” — one person, one illness — that underpins many of Australia’s current mental health policies. People with ongoing or serious mental illnesses almost always suffer other physical conditions which compound their mental illness, and die decades earlier than the average Australian. They deserve support.

Many people with disabilities also encounter difficulty in accessing appropriate care for their needs. One example, among many, is that in the ACT, public child and adolescent mental health services exclude patients with autism or attention deficit disorder.

Patients describe being too complex or not complex enough for services, and a little like Goldilocks they have difficulty finding a service that is “just right” for their needs.

No help for those not already receiving care

People who commonly don’t receive adequate care include those who are homeless, poor and unemployed, as well as Aboriginal and Torres Strait Islander people, and those on temporary visas. All tend to have higher rates of mental illness than the general population.

All people with mental distress and illness should be able to access mental health care. In theory, this is the basis of the federal government’s Better Access program, which allows people to access ten Medicare-subsided sessions per year with a psychologist or psychiatrist. It’s a useful initiative, but only for those who can afford the co-payments and live in areas where psychologists are available.

The budget’s commitment to extend the program to 20 sessions, at a cost of more than A$100 million, is welcome. But it doesn’t ensure equity. It also puts considerable strain on the psychology profession, which is already overloaded, especially in rural areas.

Like Headspace, Better Access risks excluding people with complex conditions or unstable mental illnesses. Those who are on the margins of society, and rely on the social safety net or charity, are unlikely to use this model of care.

Getting the best value from mental health services

It’s hard to see the value-add of a narrow mental health response that funds a set of services which can only care for people with mild to moderate distress, while ignoring the people with the greatest disability.

The value-based care movement argues there are four elements that create value for people. Services should:

We need each of these government-funded services to report against these outcomes, including recording those people who are directed away from the services and essentially denied care.

The importance of data

The largest providers of mental health care in the country, GPs, are invisible in the budget. Their patients, who have no other option for mental health care because they are too poor, too rural, too unwell or not unwell enough, are invisible in policy. Our only data from GPs is billing and prescribing data; hardly sufficient to understand the unmet needs of the Australian population.

If we are to meet the needs of all Australians, not just those who can access and afford care, we need more data. Offering simplistic solutions to complex problems means there are larger chasms for people to fall through.

PrevPreviousResponses to the National Preventive Health consultation
NextA disappointing week, but signs we are at least facing in the right directionNext