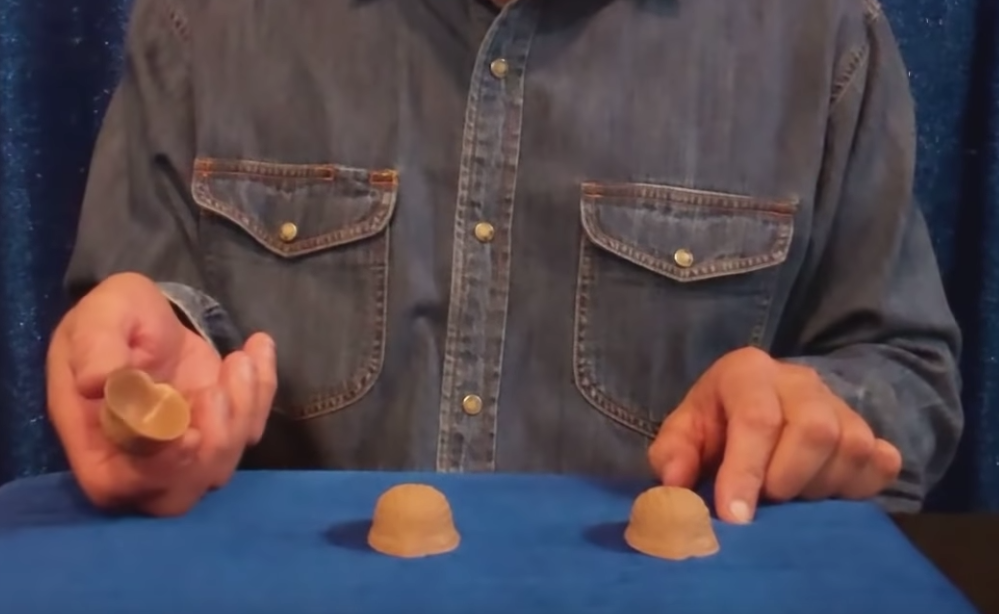 Introduction by Croakey: Like all others with a stake, mental health organisations and services will be poring over next week’s 2021 Federal Budget papers to see what the momentum for change and increased funding will deliver in actual dollars.

Dr Sebastian Rosenberg and Professor Ian Hickie from the Brain and Mind Centre at the University of Sydney were recently surprised to hear the Federal Government announce that it had “drastically boosted” its mental health and suicide prevention spend, nearly doubling it from $3.3 billion about a decade ago to a record high of about $5.9 billion over 2020–21.

With the available data not helping their efforts to dig into the new spending tally, Croakey’s Jennifer Doggett asked the Health Department to substantiate the Federal Government’s claims.

Asked for further detail, the Department said the Federal Government’s share of public hospital funding for mental health services was an estimated $1.84 billion in 2019-20, and that the 14.6 percent increase represented the increase in total funding across all the areas above, but at different (undisclosed) rates across those components.

Rosenberg and Hickie write below that the Minister’s claim is largely based on the inclusion of the mental health component of Commonwealth’s funding to the States and Territories (via the National Health Reform Agreement) in overall Commonwealth mental health expenditure.

They argue that this is a departure from previous practices of calculating spending on mental health, making it difficult to measure trends in spending over time.

“This appears to be an entirely new way of constructing our national data,” they write, raising concerns for accountability and planning and that the lion’s share of any new funding is going into “the same old and largely failing systems of acute hospital-based and State-administered care”.

As Budget 2021 looms, we noted recent statements by Health Minister Greg Hunt and Assistant Minister to the Prime Minister for Mental Health and Suicide Prevention David Coleman regarding the Federal Government investment in mental health.

For example, at the recent Suicide Symposium, Assistant Minister Coleman said “we’ve drastically boosted our mental health and suicide prevention spend from $3.3 billion about a decade ago, to a record high of about $5.9 billion in the Health portfolio alone over 2020–21”.

We set out to find evidence of this very substantial boost, but we are struggling.

It has of course been pointed out before that budget papers and Ministerial statements are not about accountability.  Accompanied by a blizzard of program announcements and re-announcements, budget papers are designed to maximize the message rather than reveal how money is actually being spent.  Sadly, this has often been the case for mental health.

Despite this, we were enthusiastic to explore the Ministers’ claims of an almost doubling of the mental health spend.  Here is what we found.

The main source of advice about spending on mental health services in Australia is the Australian Institute of Health and Welfare (AIHW).  In turn, the AIHW relies on data submitted by Australia’s nine governments pertaining to different aspects of expenditure covering hospital, community, residential and other care.

According to the AIHW published data, expenditure on mental health in Australia is as presented in the table below:

COAG and past budgets

While this data may make grim reading for mental health advocates and indicates the ongoing scale of underinvestment in mental health, it does unfortunately reflect the history.

We know that despite repeated statutory inquiries and hundreds of recommendations, the last time there was really significant investment in mental health care was in 2006, when then Prime Minister John Howard and NSW Premier Morris Iemma were the driving forces behind the Council of Australian Governments (CoAG) National Action Plan on Mental Health.

New spending under CoAG totalled more than $5 billion over a 5-year period.

The principal investment made by the Federal Government was to open Medicare to psychology through the Better Access Program, while the states and territories undertook myriad programs including, for example, building the Long Bay Forensic Hospital in Sydney.

The current Federal Ministers seemed to indicate that somehow the increases in mental health had been recent, maybe even COVID-related.

This is difficult to judge given the most recent published data is 2018-19.  However, we did interrogate the Medicare mental health data, which is available more quickly than AIHW, but only for those services provided under Medicare.

The data for 2020 does not reveal any substantive uptick in mental health expenditure.  There are some swings and roundabouts, with the pandemic curtailing face to face services while Australians accessed new mental telehealth service items.

Overall, the Medicare data appears to contribute no evidence to justify Federal Government claims that spending on mental health care has almost doubled.

Again, we know that the 2019 Federal Budget included new funding of around $100 million per year over 7 years, on about 25 different initiatives.

We also know that while the 2020 Federal Budget did include some new spending on mental health care programs, several of them are time-limited COVID-related measures, and total only $465 million over several years.

While always welcome, this new spending looks like the usual incrementalism reported by the AIHW that has characterised small increases in mental health expenditure since CoAG.

Where does the ‘boost’ come from?

You can read the Government response to this article (see Introduction by Croakey above).

It has confirmed the key contributor to the apparent ‘boost’ to reported Federal mental health funding is derived from the Government’s  desire to be recognised for the Federal dollars that are transferred to the states and territories for mental health as part of their overall contribution to hospital services.

This appears to be an entirely new way of constructing our national data.

The AIHW and the Productivity Commission have always reported state-administered mental health hospital expenditure as a state/territory function.

There are several important implications arising from this change.

First, it will be important to understand how this Commonwealth mental health hospital funding allocation has changed since 1992, and what is projected into the future. Without some consistency in national reporting, we will be unable to provide accountability or comparability with the other spending components, hindering planning.

We must also assume that state and territory hospital spending as currently reported must now be reduced by the same billions of dollars that the Commonwealth wishes to be given credit for.

Presumably, the states and territories have agreed with this approach and can also demonstrate how the Federal funding makes its way into the budgets of their hospitals’ mental health services.

Perhaps more important still, is the revelation that the largest component of this ‘new’ funding provided by the Federal Government is directed towards underpinning the increasing cost of providing public hospital services.

Despite all the press releases and media, a bit like in the Wizard of Oz, on close examination there in fact is no raft of large scale, non-hospital based or shiny new Federally-funded mental health services.

The lion’s share of any new funding is going into the same old and largely failing systems of acute hospital-based and State-administered care.

This was a danger highlighted in 2014 by the National Mental Health Commission report to the Federal Government.

Because this is always the most likely outcome under current Federal-State (and Private Hospital) arrangements, it specifically called for ‘ring-fencing’ of new growth funding in mental health.

That growth funding (which did not mean stripping funds from existing services) could then be focused on earlier intervention (particularly for children and young people) and the provision of more multidisciplinary and specialized services in non-hospital settings.

That recommendation, which would have led to more than $1 billion being invested in those services over the intervening years, was immediately rejected by Federal Minister Sussan Ley (during the Abbott Government) and her State Health Minister counterparts.

In reality, there is no evidence we can find which suggests that the total funding to mental health in Australia has fundamentally changed, in percentage terms, since the inception of the National Mental Health Strategy in 1992, not in Medicare or state-funded services.

Notwithstanding silly shell games, two-thirds of the $10.6 billion is still expended by the States and Territories, with an ever-increasing focus on acute and hospital-based services.

This undesirable pattern is now clearly being encouraged by the Federal Government, in direct conflict with its own national plans to encourage the growth of real and scalable community-based alternatives.

It’s time we all faced this harsh reality. In part, it is why the NMHC campaigned to have the whole financial mess referred to the Productivity Commission when Scott Morrison was the Treasurer. Now as the Prime Minister, we await his considered response.

Beyond the fog of poor accountability and political posturing, this means new resources into new programs, particularly in the community.

This needs to be tied with the technology and monitoring necessary to demonstrate the impact of the mental health care provided to people – to gauge the real return on investment as well as substantive improvements in experiences of care.

Real person-centred care has a much greater focus on delivering outcomes, wherever you live and independent of your capacity to pay.  This is the compelling task governments should be focusing on, rather than playing games about who is paying or doing more, or where funding is coming from.

Dr Sebastian Rosenberg is Fellow, Centre for Mental Health Research at the Australian National University, and Senior Lecturer, Brain and Mind Centre at the University of Sydney.