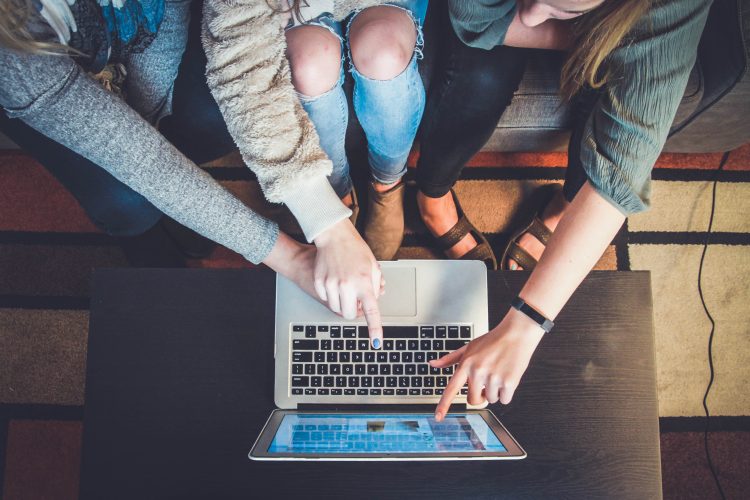 Photo by John Schnobrich on Unsplash

Introduction by Croakey: Much is heard, rightly and sadly, about bullying and harassment that comes “at a furious pace on social media”, as ABC TV broadcaster Leigh Sales wrote recently, describing abuse that is ”non-stop, personal, often vile, frequently unhinged and regularly based on fabrications”.

Coordinated social-media campaigns against scientists during the COVID-19 pandemic were also highlighted in recent Australian and global surveys, with researchers telling Nature they have received death threats, or threats of physical or sexual violence.

But Twitter, where so many people interested in public health congregate, can also be an unrivaled space for conversations and connections, as Dr Sebastian Rosenberg, Senior Lecturer at the Brain and Mind Centre at Sydney University writes below.

His recent call out on Twitter for important priorities in mental health generated many calls, including for a stronger focus on rights, recognition of the role of the social determinants, prevention, a strengthened peer workforce and more.

They pick up, Rosenberg says, “issues long neglected by five previous plans, two policies, one roadmap, one action plan, one Covid plan and countless other reports and inquiries.”.

Twitter is an odd place. Anybody can participate, mixing people with deep skills and experience, with amateurs and others armed with merely (very) strong opinions. So ask Twitter for its views about, well anything, and you cannot bank on what you get back.

Two days later I had received more than 20 considered replies. Here is what they said should feature as part of the next round of national mental health reform in Australia.

As a starting point, reform should focus on the rights people with mental illness have under various ratified international conventions, national and state laws. We need to remember and understand these rights, how they are upheld and what actions are taken when they are not.

Planning must recognise the intimate links between mental health and the broader social determinants of health, such as poverty, housing, employment, education and social connection. These links at least existed briefly, under the 4th national mental health plan, albeit in the usual largely unfunded way.  Issues of violence, homelessness and gender must be understood in this context.

The role of Job Keeper in providing financial reassurance to the community was raised, suggesting a new national mental health plan should consider further the concept of a living wage.

The link between mental health and physical health also needs strong emphasis, building on the work of Equally Well.

Similarly, there is a need to revitalise Australia’s interest in the prevention of mental illness and the promotion of good mental health. These two objectives have long since fallen off the policy and funding radar as we rush to build new crisis-driven pop-up clinics and helplines.

A very strong theme across all the suggestions was to rebalance our mental health efforts away from hospital-based post-vention care, once the person is already acutely unwell, and towards earlier care in the community. In all settings consumer journeys could be made easier with the assistance of properly funded peer workers.

Sure, we can be smarter with our spending, but we must also acknowledge the limitations of this oily rag. A new Plan could set about addressing this long-standing imbalance.

It was suggested that people should be allowed to see a psychologist for an initial three sessions before having to see a general practitioner. This might ease access problems for some people and encourage better collaboration between psychologist, GP and client around treatment options.

Whether you agree with this particular suggestion or not, it surely highlights a key job for the next agreement – intelligent workforce planning and role delineation. Who should be doing what to whom, for how long and with what expected outcomes?

The interface between the NDIS and state public mental health systems was another area identified for better planning and coordination. There are situations where NDIS clients are unable to access clinical case management, creating uncertainty, risk and poor-quality care between the two service systems.

More generally, it was suggested that technology should play a much bigger role in helping different services integrate care around the needs of each person.

This integration could be further encouraged through better systems of service funding, designed to help organisations cooperate rather than compete, encouraging the blending of clinical and psychosocial aspects of care.

It was suggested that it should be illegal for insurers to reject life insurance and income protection insurance coverage for people who engage in mental health treatment. This practice punishes people for seeking help and is discriminatory and unjust.

It was suggested the next Agreement should revisit the role played by nurse practitioners in mental health. Australia has already had some experience with nurse practitioners and with the mental health nurse incentive program working in primary care, for a few short years until recently, when the meagre funding supporting this program was pooled into broader funding provided to each Primary Health Network.

This suggestion fits well with the urgent need for the next plan to properly describe workforce roles.

Comprehensive physical and mental health assessment in a youth mental health space was seen as a critical priority, given the epidemiology of mental illness.

A new outpatient type service that could provide some level of crisis care, as an alternative to hospital emergency departments was also seen as another service worth developing.

Another suggestion was to fill the gap in guidelines, policy and services that address the psychosocial aspects of prenatal diagnosis. Considering the national screening program and the impact of diagnosis this gap seems an obvious one to address.

Several people shared my own interest in outcomes and accountability.  It was suggested that a minimum of 5 per cent of every funded program should be set aside to ensure its proper and independent evaluation.

The need to (finally) develop a robust set of key performance indicators that reflect not only the inputs and outputs of care, but also the real impact on the person and their family was also recommended.

I fully appreciate that this is just a list developed by fellow tweeps. It is no basis for a system of government (apologies to Monty Python there).

However, people interested in the content of the next intergovernmental agreement on mental health have no other opportunity to participate, to put in their two bobs worth. So, on that basis alone, this exercise at least offers catharsis.

Beyond that, and taking the list as a whole, it provides some excellent suggestions and priorities, picking up issues long neglected by five previous plans, two policies, one roadmap, one action plan, one Covid plan and countless other reports and inquiries.

We could do worse than use this list as a set of ‘Start Here’ priorities to guide the next plan.

PrevPreviousInternational borders are about to open, but our research shows the plight of stranded Australians is not over
NextOn net zero and rural health, an open letter to rural and regional MPsNext