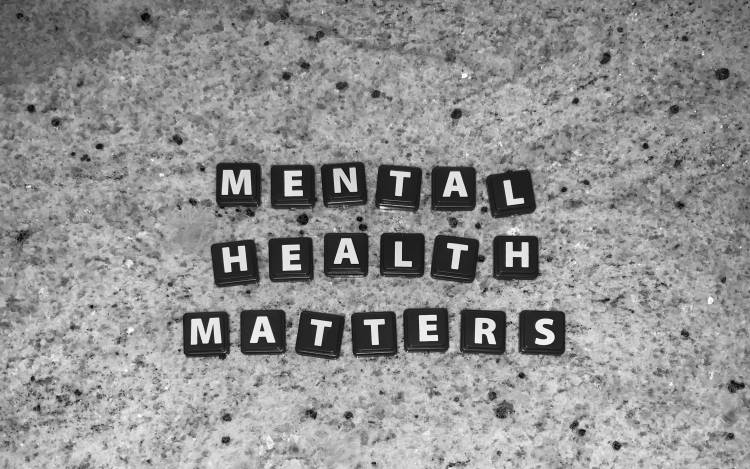 Introduction by Croakey: Next year is the 30th anniversary of Australia’s first National Mental Health Strategy and the year when the current national mental health plan ends.

Recent Senate Estimates hearings provided few clues to the detail of the next national mental health plan but raised many questions about structural reforms such as funding, technology, implementation and coordination of care.

In the analysis below, Dr Sebastian Rosenberg from the University of Sydney’s Brain and Mind Centre reflects on a “mental health system jigsaw” in need of fundamental reform around agreed national priorities.

It was mental health’s moment in the Estimates spotlight in late October when officials including the Chief Executive Officer of the National Mental Health Commission, Christine Morgan, appeared before the Senate Community Affairs Legislation Committee.

A key element of the Federal Government’s response to the 2020 Productivity Commission inquiry report into mental health was to agree to establish a new intergovernmental agreement. With the current Fifth National Mental Health and Suicide Prevention Plan due to lapse in 2022, such an agreement would presumably lay the groundwork at least for the next phase of national mental health reform.

But given how important this moment seems, it was remarkable how little attention mental health received at Senate Estimates. From a bureaucratic standpoint this may represent a triumph.

But for anybody interested in understanding how the next phase of Australian mental health reform is to be developed, it represents disappointment. Despite this, some key issues did emerge.

Under questioning from the Senators, Federal Health officials reported progress towards this new agreement as proceeding with a “solid draft” already completed. The agreement is due for completion this month. The process by which this new agreement has been drafted has involved meetings of senior officials from the health departments of each jurisdiction. This may impact the extent to which the new agreement attempts to seriously grapple with key issues affecting mental health that lie outside the health portfolio, such as housing, education and employment.

Questioning in Estimates also revealed that the new national agreement depends on all jurisdictions signing up. This is important. Other evidence provided by officials suggests that while bilateral arrangements between the Federal Government and individual states and territories might occur, the intent of the new agreement is on national reform.

It is a fair assumption that the officials participating in discussions about the new agreement represented state, territory and federal governments. While the Productivity Commission focused very heavily on local and regional reform as the key to fundamental change in mental healthcare, it is not likely that officials from area health services or Primary Health Networks have been involved in negotiating the content of the new agreement. One of the perennial concerns about Australia’s mental health plans is implementation.

The continued willingness of governments and officials to develop plans without engaging the planners, providers and consumers who will be responsible for their implementation is nothing short of infuriating.

The Health Department further revealed at Estimates that some $770 million of the $2.3 billion promised by the Federal Government in the 2021 Budget for mental healthcare is tied up with the new agreement. It is not clear which programs exactly are included, nor is the extent to which states and territories are expected or invited to provide any matching contributions. A new agreement without clear incentives or sanctions may lack the teeth necessary to drive change.

One of the key sticking points to the new agreement is apparently the Productivity Commission’s recommendation to shift responsibility for psychosocial services clearly to the states and territories. It is not easy to understand this, given the peripheral role these services play in the mental health service landscape.

There is good evidence to support psychosocial services but they constituted less than 6.5 percent of all spending on mental healthcare by states and territories in 2018-19. Spending by the Federal Government, after increasing in recent years with programs like Partners in Recovery and Personal Helpers and Mentors, then ceased.

Spending on non-government organisations (NGOs) to provide psychosocial services has never been a prominent feature of overall funding in mental health but it was decimated as all governments repurposed these funds into establishing the National Disability Insurance Scheme (NDIS). The Federal Government now provides an annual allocation of just $80 million under a National Psychosocial Support Measure to prop up a few services. By way of comparison, this equates to about one month’s spending under the Better Access Program.

One key factor that was made crystal clear at Estimates was that the National Mental Health Commission has not been part of the process negotiating the new Agreement. Commission CEO Christine Morgan told Estimates:

Whilst the Commission has provided, in the past, general advice about components that could and should be considered for reform, the actual negotiation of that agreement is with the senior officials in the department.”

Given the Commission’s ostensible role in reporting and monitoring, perhaps this is not unreasonable. But the 2014 National Mental Health Commission review titled Contributing Lives, Thriving Communities set out a formidable reform agenda across 1,000 pages in five volumes. Perhaps it should be retitled The Book of Laughter and Forgetting (with apologies to Milan Kundera).

The Estimates hearing provided another opportunity for clarification of the difference between the new adult hubs and the 26 Head to Health hubs established to provide a mental health response to the pandemic. The Federal Department of Health said these new adult hubs “are designed to provide a welcoming, low stigma, ‘no wrong door’ entry point for adults to access mental health information, services and supports”. Eight have been announced but only one is operational, in Adelaide.

These are just more pieces in a mental health system jigsaw that badly needs fundamental re-organisation around agreed national priorities and dedicated support for local implementation.

Next year is the 30th anniversary of Australia’s first National Mental Health Strategy. As a new plan emerges, we must consider what specific structural reforms are on the table – most notably around regional commissioning, outcomes-based funding, the use of technology and the coordination of care.

And will it specify tangible outcomes and provide real accountability, or be just another aspirational statement?

It is never too late to start.

Dr Sebastian Rosenberg is Senior Lecturer at the Brain and Mind Centre, University of Sydney.