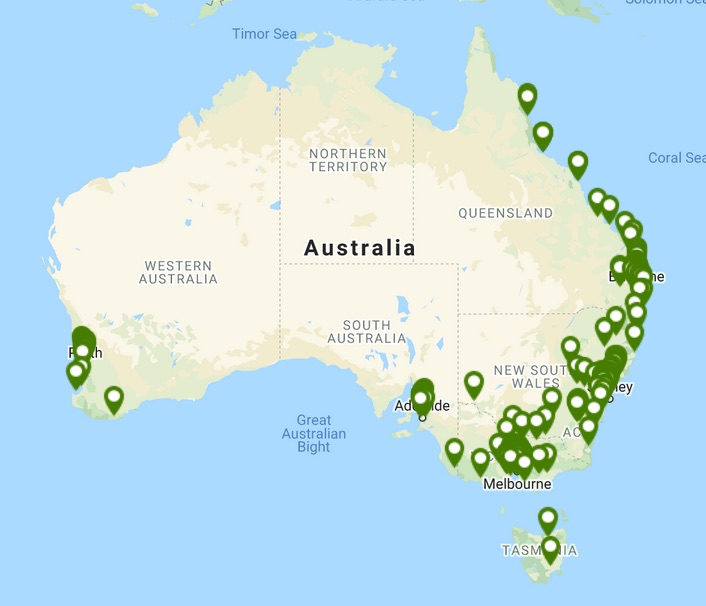 The recent decision by the Northern Territory’s Liquor Licensing Director to green-light the construction of a huge Woolworths-owned alcohol retail store within walking distance of Aboriginal communities is an outrage on every level, according to Paul Wright and Eddie Cubillo.

The decision gave the Gunner Labor Government ‘implausible’ deniability about their involvement in the decision, with the relevant Minister expressing frustration that she heard about the decision through the media – while her boss is conveniently already on holidays and not facing up to scrutiny about the call to build one of the biggest alcohol stores in Australia, in a community that clearly doesn’t want it.

Arguing that the suggested $30 million boost to the struggling NT economy was a key consideration, the NT Government and Woolworths are complicit in favouring profits over people.

The economic impact is also huge with a Menzies School of Health Research study finding that alcohol costs the NT $1,387 million* which includes $701 million dollars of tangible costs and $686 million dollars of indirect costs. This is clearly a huge burden for a small jurisdiction.”

The $30 million hoped for in terms of investment flowing into the grog shop development is dwarfed by the costs to the economy. How can it be justified then if the costs so fully outweigh the questionable benefits?

We don’t need more access to alcohol as a tool for people to cope with past and ongoing trauma.”

AMSANT, and the many other community controlled and peak Aboriginal organisations across the Territory know from long and cruel experience that alcohol devastates their communities.

The weak conditions imposed on the new licence will not be enough to protect vulnerable Territorians, and particularly First Nations communities.

We have been noticing over the last few years that some of our larger corporations have been employing ‘social investment’ managers to deliver their philanthropic largesse. Our scepticism leads us to think that these roles are little more than public relations roles created to show the company’s concern for the communities they operate in and profit from.

Woolworths have themselves been working overtime to sure up their public image with commendable emissions targets and other socially responsible initiatives.

As is common these days, Woolworths have also made publicly available their glossy Corporate Responsibility  Strategy which is about People Planet Prosperity… under the prosperity stream of the Strategy, Woolworths commits to:

(17 ) Invest the equivalent of one percent of a three-year rolling average of total Group Earnings Before Interest and Tax (EBIT) in community partnerships and programs;

(18) Publicly report social impact to quantify the positive changes we are creating with a focus on health, economic development and emergency relief.

We would suggest that a way for Woolworths to make their intentions active would be to start investing earnings more directly in Aboriginal and Torres Strait Islander communities (we’d be happy to point to countless lists of underfunded programs and services for Woolworths to consider!) rather than profiting from the misery of those suffering from alcohol addiction and the myriad other social and economic barriers that hamper equality in health and life expectancy outcomes.

And rather than just publicly reporting the ‘positive changes’ of their chosen social investments, they should also commit to accounting publicly for the damage done by the products they sell to vulnerable people, the cost to the community and the economy.

In light of the recent considerations of cultural heritage protection in Australia after the destruction of the Juukan Caves in Western Australia, corporate Australia is on notice that it can no longer get away with blatant ill treatment of First Nations peoples – regardless of legality they hide behind.

It might be time that other industries and sectors, like retail, are legally obligated to directly fix the issues caused by the pursuit of their business.

If mining companies are now expected to plan for and invest in the restoration of the environments they have impacted by their mining, then Woolworths should be expected to start paying for the direct and indirect costs of their alcohol shops. We imagine this type of measure would see a bit more circumspection in their cost/benefit analysis of such enterprises.

Shareholders are increasingly responding to the inadequacy of ‘social investment’ strategies and the hypocrisies that arise when profits undermine the intended social return. It has been reported that a number of Woolworths shareholders have been expressing their own reservations about the Company’s plans in the NT.

A community petition was presented to government last week with nearly 140,000 signatures calling on the Chief Minister to stop the construction of the liquor store.

Community elders have firmly and repeatedly said they don’t want it, the independent Liquor Commission have advised against it and even NT Police have stated their opposition – knowing that alcohol shops inevitably attract anti-social behaviour.

In a questionable move to avoid having to be pegged with making the decision, the NT Government had rushed through legislation that placed the final decision with the NT Liquor Licensing  Director in the Department of Industry, Tourism and Trade, rather than the independent Liquor Commission that had been considering the proposal.

It is not dissimilar to the recent legislation passed in the Federal Parliament to extend the Cashless Debit Card program across the Northern Territory for a further two years, despite countless reports and the communities themselves questioning the efficacy of such programs.

The big white elephant (no pun intended) irony of this whole fiasco is that Territory and Federal governments have been ever so quick to inflict arbitrary, punitive policies on the First Nations communities of the Top End via Cashless Debit Cards, policies that entrench the world leading rates of  youth incarceration and of course the hugely harmful ‘Intervention’ introduced in the dying days of the Howard Government and continued by subsequent Labor and Coalition governments ever since.

The irony being that governments continue to show their appetite for policies that target alcohol consumption in Aboriginal communities but can’t see the conflict of their neoliberal free market approaches to smoothing the way for the businesses (always non-Indigenous) to become pushers of alcohol onto the same communities they profess to be protecting.

If this is the outcome, who would ever want that kind of protection?

It’s also hard to equate this with the NT Government signing up to the new National Agreement on Closing the Gap.

Talk is clearly cheap, and there never seems to be a hesitation or pause to reflect that maybe this undercuts the stated intent of the plans to close the gap that remains decades wide after years of failure.

As long time Aboriginal leader in the NT and CEO of Danila Dilba, Olga Havnen has said:

The Independent Liquor Commission reviewed this store and the evidence.

They sent a very clear message to Woolworths: You should not be building this store.

The problem is Woolworths didn’t listen. But they can still listen now – they can decide not to proceed with this store.”

Before the most recent news of approval for the construction to go ahead, it appears that Woolworths have announced that they will undertake an independent review to be led by Danny Gilbert AM.

While this review is welcome, it shouldn’t be needed for Woolworths and the NT Government to make the right decision.

How many times do they need to hear that it is unwelcome, damaging and anti-social in the truest sense?

We hope that wisdom prevails, and the NT communities are finally listened to – if not, the disparity between punitive policies targeting Aboriginal peoples and the more laissez faire approach for big business will remain as another bleak example of non-Indigenous contempt.

* This figure was corrected after publication.

Paul Wright is ANTaR’s National Director and has experience working in both Government and non-government sectors – covering Aboriginal and Torres Strait Islander affairs, health, immigration and social services. Paul studied politics and international relations at the University of Canberra and has a Masters of Strategic Studies from the Australian National University. Prior to his role with ANTaR, Paul was the Executive Officer for the Close the Gap Campaign Secretariat and the National Health Leadership Forum at the Australian Human Rights Commission.

Eddie Cubillo is an Aboriginal man with strong family links in both the urban and rural areas throughout the Northern Territory. He is of Larrakia/Wadjigan and Central Arrente descent. He obtained a Bachelor of Laws Degree and it was admitted to the Supreme Court of the Northern Territory. In 2010 Mr Cubillo was appointed the Anti – Discrimination Commissioner of the Northern Territory, Mr Cubillo then took on the role of Executive Officer with National Aboriginal & Torres Strait Islander Legal Service (NATSILS). He is currently undertaking a PhD with the University of Technology of Sydney and is working part-time at the University of Melbourne’s Law School as a Senior Indigenous Fellow.

This article is cross published from the ANTaR site, with permission.

Woolworths: a case study of the commercial determinants of health – and how communities can fight back (16 December)