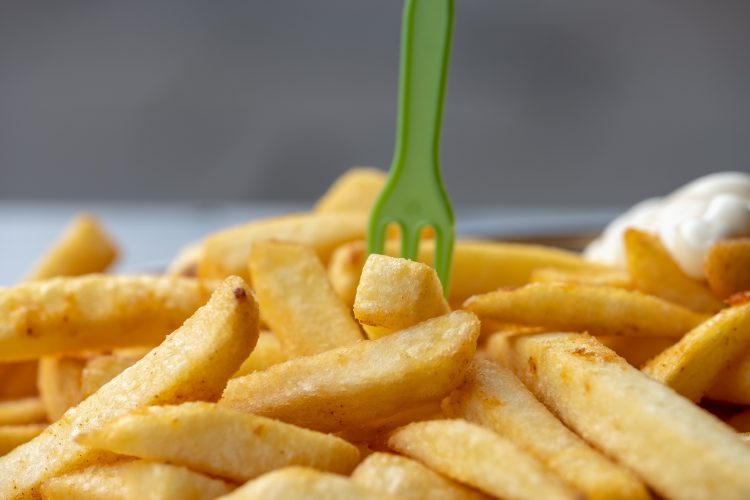 Advertising increases the consumption of junk foods and drinks, even in children as young as two/Gilly

More than one in four Aussie kids are overweight or obese: we’re failing them, and we need a plan

Alessandro Demaio addressed the National Press Club on Friday, alongside Karen Carey (former chair of the Consumers Health Forum) and Stephen Duckett (head of the Health Program at the Grattan Institute), to outline the key health issues ahead of the 2019 federal election. This is an edited transcript of Alessandro Demaio’s speech

The year is 1980, and a small number of vulnerable Australian children begin to show early signs of a quiet but dangerous disease. Affecting their kidneys, their hearts and even their brains, this disease has known causes – and solutions. But little or nothing is done and it doesn’t even make the headlines.

Jump forward to 1995, the disease is spreading. From just a handful of children in every hundred, this condition is now affecting one in five. Driven by a lack of opportunity and heavily concentrated in our poorest communities, the burden sees a steep rise in type 2 diabetes and other serious complications.

This is a disease that soon sees young people developing illnesses previously thought of as older age ailments. And it’s one that singles out Indigenous kids, rural and remote kids, and poorer kids. In fact by 2013, nearly one in three Aboriginal and Torres Strait Islander Australian children and adolescents are affected.

Jump forward to 2011, and we have now allowed one in four children across Australia to be affected by this chronic condition. We have stood back for so long that 25% of our kids are now living with daily discrimination and long-term, often irreversible health challenges.

We don’t know the exact number of children affected by this serious health challenge today, but we know it has surpassed 25%.

What is truly irresponsible is that we don’t even have a clear plan for addressing this rising epidemic now affecting hundreds of thousands of Aussie kids.

The condition is excess weight, and obesity.

If this were any other serious, debilitating, rapidly rising health challenge, we would be calling a national emergency. We would be rallying the troops and putting every resource possible into finding a solution.

We have solutions available that are costed, proven, and endorsed by the highest global health agencies, including the United Nations. We now need to implement them.

Other nations have stepped up

Research shows advertising increases the consumption of junk foods and drinks, even in children as young as two.

England is banning all junk food advertising on the London transport system and implementing strict rules on children’s TV.

Chile has banned the use of cartoon characters on junk foods, including sugary cereals that can contain more than the recommended daily sugar intake in a single serve. Cartoons attract young minds and incentivise nagging for already busy parents.

Meanwhile in Australia, our governments continue to allow some of the highest levels of junk food advertising during children’s TV programming in the world. Some 44% of food advertisements seen by kids are for unhealthy foods. And despite whatever industry will tell you, between 2011 and 2015 no reduction was seen in the rate of unhealthy food advertising.

Chile is implementing mandatory and clear front-of-pack labels that make it easy for young consumers to understand what is and isn’t healthy. This has cut the likelihood of people choosing sugary breakfast cereals by 11% and sugary juices by almost 24%.

Peru and Uruguay are following.

These countries have a plan. Here in Australia we continue to argue about a voluntary system that experts agree is a good start but too weak, and all while we attack the public health sector for their efforts.

We continue to insult every parent and young child by projecting an untruthful dogma that child obesity should be blamed on poor choices or poor parenting.

This ignores the fact that junk-food outlets disproportionately saturate poorer neighbourhoods, or that one of the strongest predictors of dying early from weight-related chronic disease is your postcode.

We need to tax sugary drinks

At latest count, at least 49 countries now have a form of tax on sugar-sweetened beverages – or junk drinks. Evidence from the World Health Organisation clearly shows we need to reduce kids’ sugar consumption. It is linked with type 2 diabetes, which in turn is linked to early death and decades of suffering. It is also a major contributor to missing school, through dental illness.

And while some will tell you such a tax will bankrupt farmers, leaders like Professor Stephen Duckett from the Grattan Institute have shown this is not the case.

Others will tell you a tax will hit the poorest hardest, but this is untrue too. The poorest households in Australia generally consume the highest amounts of sugary drinks and suffer from the greatest burden of costly, diet-related diseases like diabetes and heart disease. They have the most to gain.

Evidence from Mexico suggests just that. The poorest communities consumed almost 20% fewer sugary drinks as a result of the increase in price within two years of the change.

In Philadelphia, the much-needed income from a small price increase in soft drinks was used to subsidise physical activity programs for kids, and childcare for families.

Our health minister makes proud announcements hand in hand with industry, while those same industry players are shown to be funding fake research and manipulating both national governments and United Nations agencies.

Meanwhile, junk food fuels two in three adults being overweight, and these overweight adults are malnourished in key nutrients.

Why invest in prevention?

Australia’s government spends less than about $0.02 of every health dollar on prevention each year. This equates to A$89 per person – considerably less than Canada or New Zealand.

Meanwhile, the economic burden of treating obesity-related diseases is estimated to rise from A$12 billion in 2014 to A$21 billion in 2025.

In other words, for every dollar we are spending on prevention, we’ll soon be losing A$10 for our lack of action on obesity.

For decades our governments have sat back and allowed a preventable epidemic. Adult-onset diabetes is being renamed as it now affects younger and younger members of our community. Bowel cancer is becoming more common in adolescents. And fatty liver disease, once almost unheard of in children, is now increasing.

Presenting a roadmap for health reform

PrevPreviousAs we fail on SDGs, can planetary health nursing save the day?
NextThe cost of defending plain packaging laws less than previously reportedNext