“My feelings about climate change are a mixture of awe, hope, despair, frustration and anger.”

Could an old-fashioned technology – like hand-written letters – help to solve one of the most difficult public health communications challenges of the modern era?

Science communicator Joe Duggan has been experimenting with a project – Is This How You Feel? – that seeks to create change by connecting the public with the emotions of climate scientists.

(See bottom of the post for details on the scientist’s quote that informs the headline of this piece).

Climate change is bad. Scientists have known this for decades and have been communicating their findings to the wider public using an arsenal of facts, statistics, data and more facts for just as long.

Unfortunately this approach isn’t convincing everyone.

How do we convince people?

As I see it, there are four broad groups of people to consider when communicating on an issue like climate change.

A large chunk of the Australian population fits into the first two categories. Whether they act on it or not – they do accept the science. Maybe it’s the facts and figures that convinced them; maybe they simply choose to believe the scientists with their years of experience and thorough peer review process.

But not everyone is convinced. Lots of people still fall into the second two categories. They are indifferent towards or outwardly disagree with the scientific consensus. Maybe because it clashes with their ideology or political persuasion, maybe because of unfair media representation or maybe because it’s simply something they do not consider relevant to their lives.

How do we reach out to these people? How do we engage them with the science? How do we make them want to know more about climate change?

We try something different.

In August of last year I created Is This How You Feel? It’s a website that showcases handwritten letters from climate scientists all over the world.

The authors write about how climate change makes them feel. They express anger, fear, frustration, hope.

It is my belief that these letters can act as another avenue through which inactive and apathetic individuals can connect with this monumental issue.

If the researchers who understand climate change so intimately are scared, shouldn’t we be scared enough to act? If the scientists are hopeful, shouldn’t our resolve be bolstered?

I want to give scientists the chance to speak frankly. I want to use emotion as the common thread connecting scientists and everyone else.

Is This How You Feel? has certainly engaged a huge number of people. The website’s audience is largely from our first two categories. These people are already convinced, but the emotion in Is This How You Feel? may provide them with the drive to contribute to a solution or to become more active in the fight.

As well as encouraging the converted, we have been engaging the apathetic. I have had conversations with people who were once disinterested in climate change, but altered their opinions after seeing Is This How You Feel?

I have received emails from teachers who are now using the project as a way to engage school children and young adults with the topic. This is real, tangible success.

Not everyone engages with emotion though. Particularly our final group, the deniers. Others have already investigated the best way to deal with these people. Maybe we poke them with a stick, maybe we just hand them some rope, but emotion from scientists is not the answer.

Could this model work for public health communication?

Could Is This How You Feel? be an effective communication tool to engage the public with the science behind vaccinations? What about engaging those concerned with wind turbines and the associated ‘sickness’?

Two things would be required: emotion, and an audience that is at least in part inactive or disengaged.

These ‘debates’ (let’s face it – the science is settled, they shouldn’t be called debates) are certainly full of emotion, but it is coming from laypeople and not from scientists. The challenge would be getting the emotions of scientists to stand out in what are already emotionally dense conversations.

There is certainly an inactive or apathetic audience when it comes to the science behind these ‘debates’. The proportion of people who belong to each group varies from case to case, but a communications strategy like Is This How You Feel? could definitely be effective in encouraging them to be more active in their support of the science and the policies it calls for.

In any case, Is This How You Feel? is extremely relevant in the public health sphere because climate change will have dire impacts on human health. Those who are least equipped to deal with these impacts will be hit hardest.

Is This How You Feel? may simply be one more tool in a scientist’s communication arsenal, but it is a novel one, and it works.

*Joe Duggan is a science communicator who is passionate about getting more people engaged with climate change. He is originally from Tasmania, but more recently based out of Canberra at the Australian National Centre for the Public Awareness of Science (CPAS). He is passionate about scientific outreach and showing people that science is relevant in their day to day lives.You can follow him on Twitter @ITHYF_Letters or Facebook. 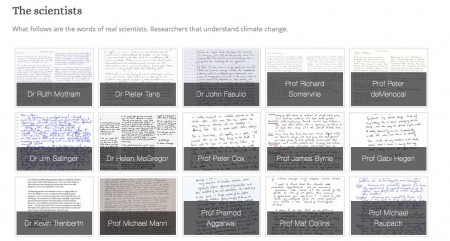 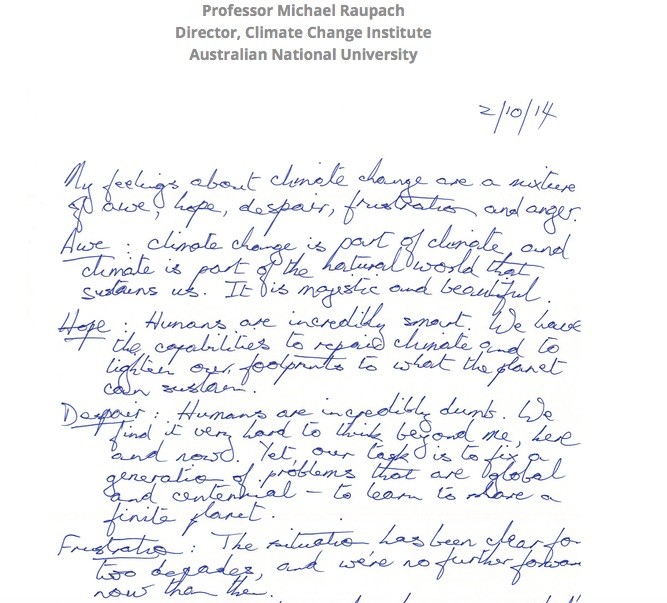 PrevPreviousWhy reform is difficult. Health ministers are in office but not in power.
NextCalling for health reform – that won’t be a health hazardNext