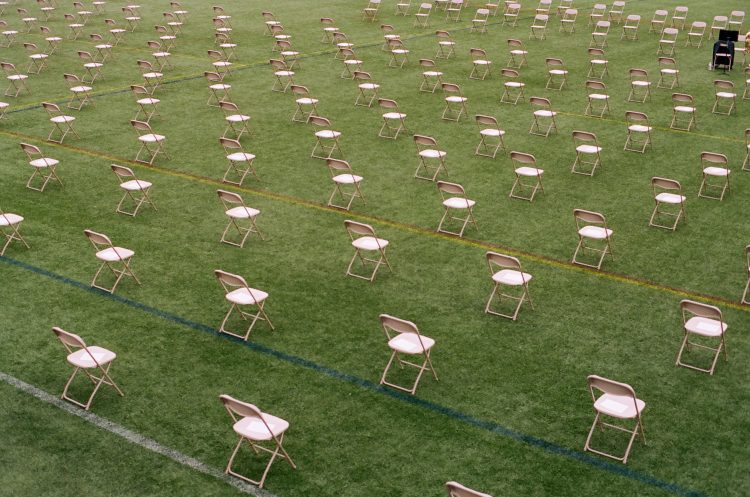 My year as Victoria’s deputy chief health officer: on the pandemic, press conferences and our COVID future

Introduction by Croakey: The COVID-19 pandemic has thrust the disciplines of epidemiology and public health into the spotlight and placed them at the centre of political debate and policymaking in unprecedented — sometimes unanticipated — ways.

While it has been the fulcrum and foundation of global responses to the pandemic, epidemiology has also, at times, failed to grapple with the context and consequences of its contributions, a global summit heard this week.

The World Congress of Epidemiology, which was to be hosted in Melbourne but has convened online in recent days due to ongoing ructions from COVID-19, has tackled some of the thornier questions confronting the newly-celebrated discipline, including disinformation, ‘unintended consequences‘ of its recommendations to policymakers, and engaging with the media.

In this piece, first published at The Conversation, infectious diseases epidemiologist Professor Allen Cheng reflects on his tenure as Victorian deputy chief health officer during Melbourne’s second wave, and what he learned from a year in the spotlight.

Croakey is at the World Congress of Epidemiology, which concludes today. Bookmark here for our Croakey Conference News Service coverage, and follow the Congress, Dr Amy Coopes, Croakey News and Nicole MacKee for the latest from #WCEpi2021.

When I stepped into the role of Victoria’s deputy chief health officer in July 2020, there was a lot to learn.

But the aspect most foreign to me was working with the media.

It felt very much like preparing for an exam. In the morning, I’d receive a briefing on the current facts and figures, the issues that journalists had raised and those that were anticipated to be raised, and I’d have an hour or so to remember as much as I could before answering questions at the press conference.

In reflecting on a year fronting press conferences, the role of journalism stood out as an important issue. I was aware the pandemic had become very much a political story, and that political journalists approached the story very differently to health or science journalists.

This is understandable. Public health is inherently political, and state premiers have never had so much exposure as during this pandemic. I was conscious that in standing up in front of media conferences, I was representing the work of thousands of people in government.

But for a hospital clinician unfamiliar with the public arena, having my every word scrutinised and dissected was a new and confronting experience.

I can think of several issues I might have taken a different approach to. It is particularly challenging to explain technical details in a press conference.

I recall once carefully coming up with an explanation of how we could tell when PCR tests might be falsely positive. Around halfway through explaining viral genomes and how a PCR test worked, it was evident all the journalists had tuned out and I was probably wasting everyone’s time.

Explaining and defending mathematical modelling to the public was also especially challenging, particularly because all models have limitations and assumptions.


It’s necessary to hold governments accountable, but not productive to crucify

From my perspective, it seemed there were several main types of media stories. The most constructive were explainers that interpreted complex data or concepts or giving an insight into what went on “behind the scenes”.

I felt the best use of the press conferences was in making sense of the current situation, and telling the stories and trends behind the numbers. Studies suggested these stories were more common earlier in the pandemic, and provided an opportunity for journalists to challenge us to provide the rationale for public health measures.

Read more:
Australian media showed their best in covering the COVID pandemic — at least for the first few months


The “behind the scenes” stories were useful in conveying the complexity of the work of contact tracers or the hotel quarantine system, but could be difficult to organise. Much of the action occurs during online meetings and it was important to make sure the privacy of cases was protected.

The less constructive angles were those I termed “apportion blame and crucify”, and stories that were focused on finding conflicting opinions from experts or non-experts. Studies found reporting on blame peaked in August with the peak of Victoria’s second wave.

When events are moving at a rapid rate involving thousands of people, it is inevitable there will be mistakes or misunderstandings. It is human nature to try to find someone to blame.

This is not to diminish the impact that mistakes can have and the clear need to hold government accountable, particularly at a time when legal directions have a major impact on human rights.

On the other hand, a focus on finding fault can undermine confidence in the public health effort or erode compliance. The well-publicised breaches of UK restrictions by the advisor Dominic Cummings are cited as having eroded trust in government in the UK by “normalising” rule-bending.

More constructive questions would have been “what happened, what did we learn and how might we do better next time?”. This is what Victoria has tried to do in releasing reports on infections in health-care workers and in patients who acquired COVID while in hospital for other reasons.

We were also very conscious to try not to stigmatise communities in public. One of the first statements from the Australian Health Protection Principal Committee (AHPPC) was to call out racist behaviour against the Chinese community.

Since that time, many different communities have been affected, and there have been (and continue to be) extensive efforts to work together with community leaders and representatives to respond appropriately and effectively.

Although I had some experience in being a commentator earlier in the pandemic, being a representative of government has many new dimensions. Commentators are rarely accountable for their pronouncements. Prior to being deputy chief health officer, journalists rarely came back to me to follow up on what I had said before in the media. But as a public official, previous positions were often quoted back to me for comment. And it is much easier to point out problems than to find solutions to knotty issues.

Since I left the department in June, times have certainly been challenging with the large and escalating NSW outbreak, the rapidly escalating situation in Victoria, and the ongoing outbreak in the ACT. It’s evident the tools we used last year — lockdowns, testing, contact tracing — are no match for the increased infectiousness of the Delta variant.

We’re now back at “flattening the curve” — trying to slow the increase in cases to make sure COVID doesn’t run rampant. Even at current case numbers, there is significant strain on public health and hospitals.

The next months are going to remain difficult, as any significant relaxation of lockdowns is likely to result in a rapid rise in cases and hospitalisations. But to keep a lid on transmission, significant social restrictions are likely to be necessary. This reinforces the need to support those hardest hit by their impact.

Read more:
Grattan on Friday: The transition to living with ‘endemic’ COVID could be rough


However, I’m still hopeful about the future, as the “headwinds” posed by the increased infectiousness of the Delta variant will be reversed by the “tailwinds” of vaccination.

There will come a point, hopefully sooner rather than later, when there are enough people vaccinated that case numbers will start to decrease.

And like Victoria last year, NSW and Victoria will both start to plot their roadmaps out by slowly relaxing restrictions. The first steps are to permit the lowest risk activities, recognising some social contact is necessary to ease the mental burden on the community if lockdowns are going to continue for longer than a few weeks.

The modelling report led by the Doherty Institute and the experience of other countries provide us with a future where control will be easier, as public health measures will be complemented by high vaccination coverage.

The author would like to acknowledge Mia Lindgren, Professor of Journalism and Dean of Arts, Social Sciences and Humanities, Swinburne University, for her help with this article.

PrevPreviousAt a critical and high-profile time for epidemiology, what challenges are ahead?
NextThe Health Wrap: a global focus on Indigenous knowledges, polio, the opium trade and climate, plus the Paralympics and brilliant womenNext