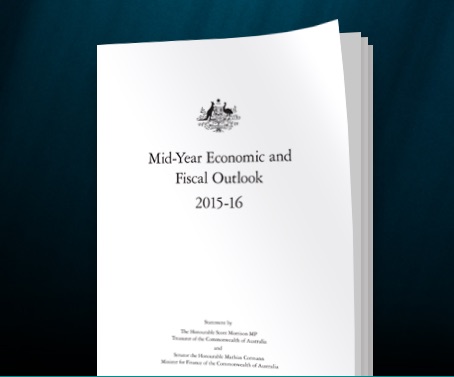 MYEFO: making healthcare more expensive and less accessible for many

Clearly the Mid-Year Economic and Fiscal Outlook (MYEFO) is not primarily focused on trying to improve the nation’s health or healthcare. If it was, it would look quite different to the document released today (you can find the 305-pages here).

Instead, for the health, aged and welfare sectors, most of the focus is on yet more cuts – to the tune of $3.7 billion according to the ABC’s calculations (though of course these are described in the MYEFO papers as “savings”).

The Government has also maintained its track record of cutting funding to Indigenous programs, with a continuation of the existing indexation pause on the Indigenous Advancement Strategy for one year to “provide” $17.8 million in 2018-19. (“Provide” in this instance being something of a weasel word.)

Meanwhile, areas such as counter-terror and border protection have gained additional funding.

In the wake of the COP21 agreement, it is nothing short of remarkable (in polite speak) that the Government can find $2.5 million over four years to establish a National Wind Farm Commissioner and the Independent Scientific Committee on Wind Turbines (with some of these dollars coming from the existing resources of the Clean Energy Regulator).

Was Paris just a dream? On what planet does it make sense to subsidise fossil fuels – the cause of so many health problems – while cutting health and social spending?

As the reaction towards the end of this post illustrates, the Turnbull Government is following in the footsteps of the Abbott Government in uniting the health sector’s often competing stakeholders in a chorus of complaint. The AMA, the Doctors Reform Society and the Consumers Health Forum are not impressed.

While there is no doubt considerable room to reduce unnecessary testing and treatments, blunt measures like those in the MYEFO are just as likely to mean that people will miss out on tests and treatments that might have helped – perhaps even have kept them “agile and innovative” in the workforce or the community.

Below is a summary of key announcements and some reaction.

• AMA: another significant hit to the health budget, with more costs being shifted on to patients. AMA president Professor Brian Owler said: “The Government is continuing to retreat from its core responsibilities in providing access to affordable, quality health services for the Australian people.

• At The Conversation, Professor Stephen Duckett, Director of the Health Program, Grattan Institute, notes that consumers have little power to bargain or price-shop for pathology and diagnostic imaging services. He said:

“Given the corporatisation of pathology and diagnostic imaging services, it may now be time to move away from an open-ended fee-for-service reimbursement system that was developed for the old era of professional, rather than corporate, practice. A tender arrangement might generate more savings for government at the same time as protecting consumers.”

While the MYEFO statement does not provide details of the workforce cuts, it appears aged care workforce programs may be particularly hit, he says, and this would be unfortunate, as the number of older people who need care (at home or in an aged care facility) is increasing.

• Consumers Health Forum of Australia: “Cuts to Medicare payments for pathology raise the prospect of a fresh cost barrier that could dissuade patients from undergoing important tests”.

“Australia needs to be strengthening its primary care services, as shown in a recent international survey and as canvassed widely by the Government’s Primary Health Care Advisory Group’s recent consultations on how we can better respond to people with complex and chronic conditions.  Introducing a new price for pathology will not help improve primary care services and will discourage early diagnosis.”

• AHHA statement: Vulnerable people, such as low and middle income earners and patients suffering chronic health conditions, should be protected.

“The Government has a number of options for raising revenue such as increasing or broadening the GST, minimising or removing Private Health Insurance rebates, and increasing the Medicare Levy. But they would need to be offset by adequate protections to the most vulnerable members of our society.

The health sector must take the opportunity to move towards integrated care and address the fragmentation between primary and acute care services, to reduce waste and inefficiency, and to improve patient care. The regional focus of Primary Health Networks will assist in moving this work forwardCuts to government funding are not the answer, and healthcare must remain a priority for the Government as it is for its citizens.” 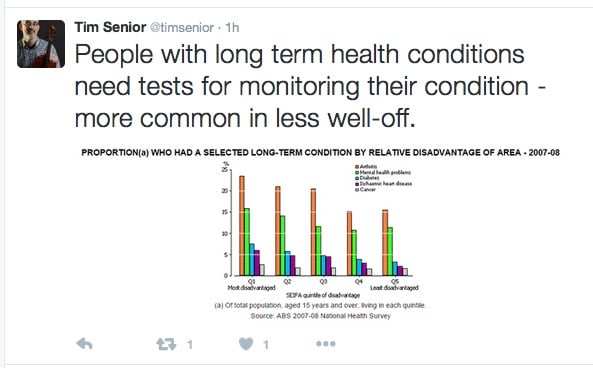 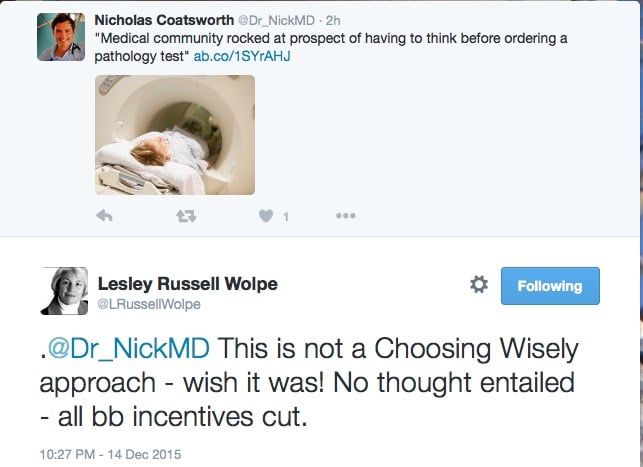 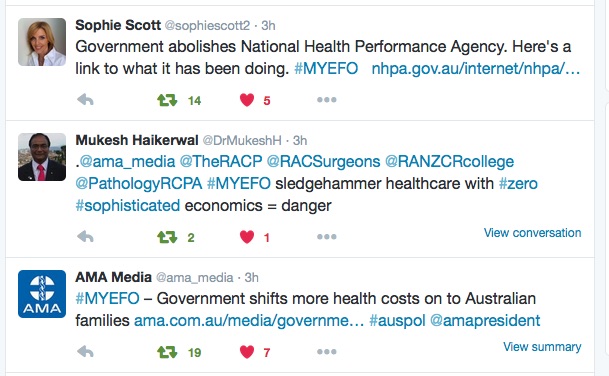 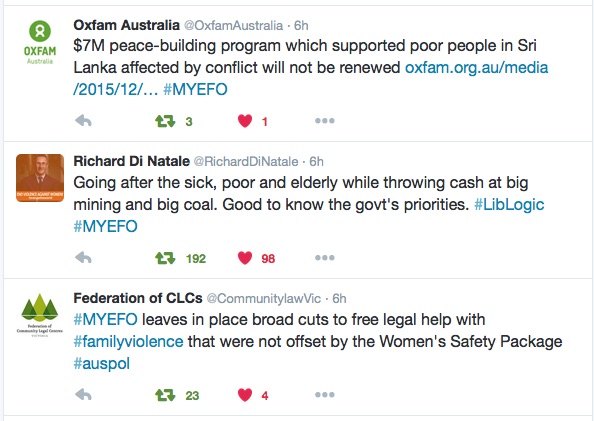