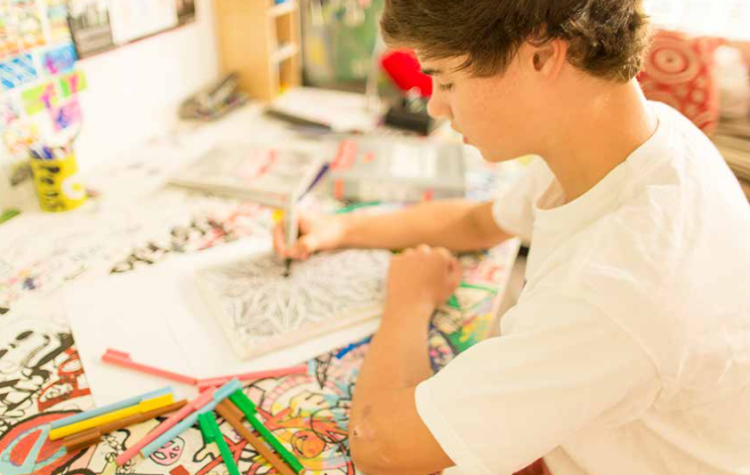 Introduction by Croakey: Australia’s child mental health system is buckling under the strain of current demand and the effect will be felt for decades.

Milroy said there had been investment into adolescent and youth services in recent years but nothing significant for services which deal with children under 12 years old.

Her warning came amid growing concerns for the health and wellbeing of the Tamil family — Priya and Nades Murugappan and their Australian-born daughters Tharnicaa and Kopika — being held in long-term detention on Christmas Island, and also amid growing hopes — though so often dashed in the past — that they might be released into community soon.

Nine peak medical organisations warned on the weekend in an open letter to the Federal Government of the “extreme and unacceptable risk to children’s health, development and mental health” of detention.

“Being held in detention presents an extreme and unacceptable risk to children’s health, development and mental health. These risks are particularly high for infants and toddlers. If detention is prolonged, the consequences may be long term or permanent,” they warned.

See a selection from their tweets and many useful resources below. 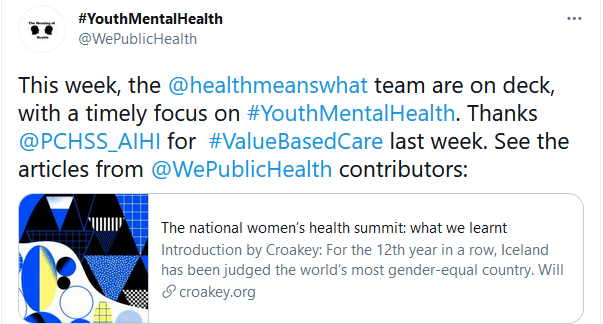 Earlier this year the @AIHW released an analysis of the Young Minds Matter Survey showing that #anxiety was #2 most common mental health disorder for kids aged 4-11yrs and #1 for girls. #YouthMentalHealth link here: https://aihw.gov.au/reports/childr 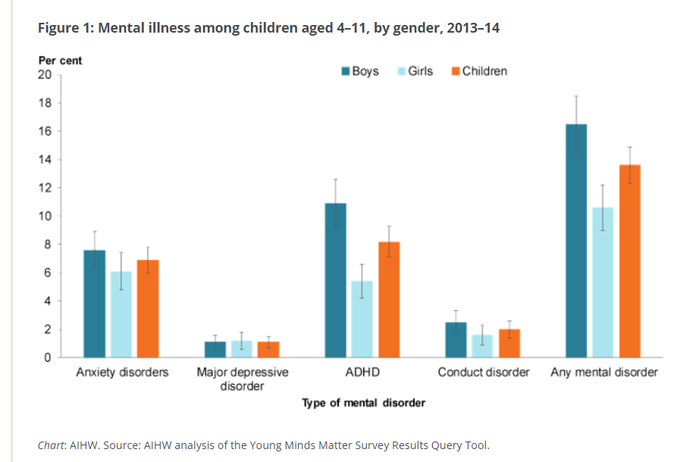 Pt2. Further to this, turns out prevalence of depressive disorders in children may not be increasing over time- do we agree with this? Or is it that we may be more aware of the symptoms? #youthmentalhealth #letstalk

However, other studies suggest that #depression in adolescents is increasing #youthmentalhealth https://www.sciencedirect.com/science/article/abs/pii/S0890856718301084

“Half of all lifetime mental health disorders emerge by age 14 and three quarters by age 24”: @blackdoginst talks #youngmentalhealth with this fantastic report found here: http://blackdoginstitute.org.au/wp-content/upl

Lastly, #YouthMentalHealth is a feature in many of our episodes in our podcast: @Healthmeanswhat. Adolescent mental health underpins many concepts of public health, #multidisciplinary research is the #futureofresearch. 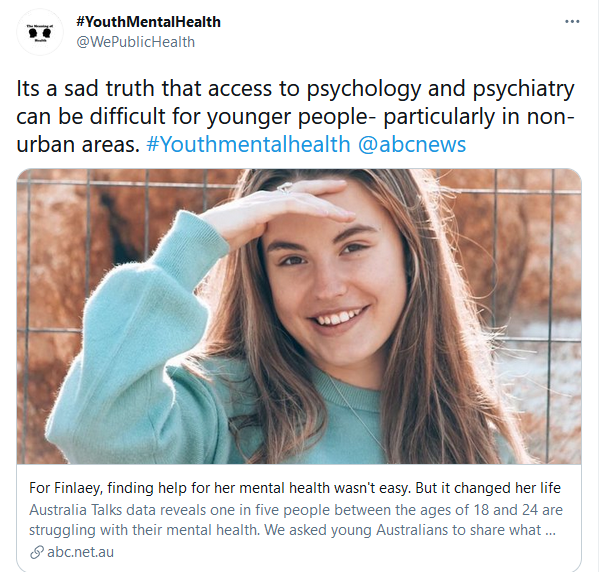 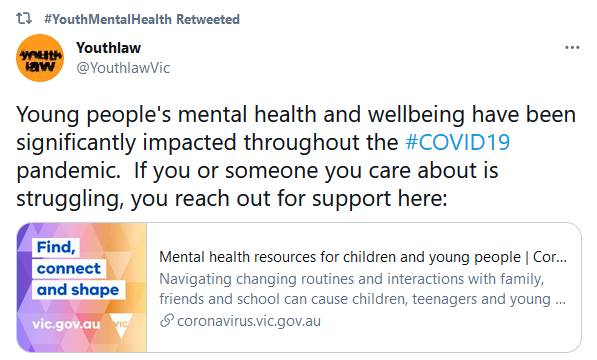 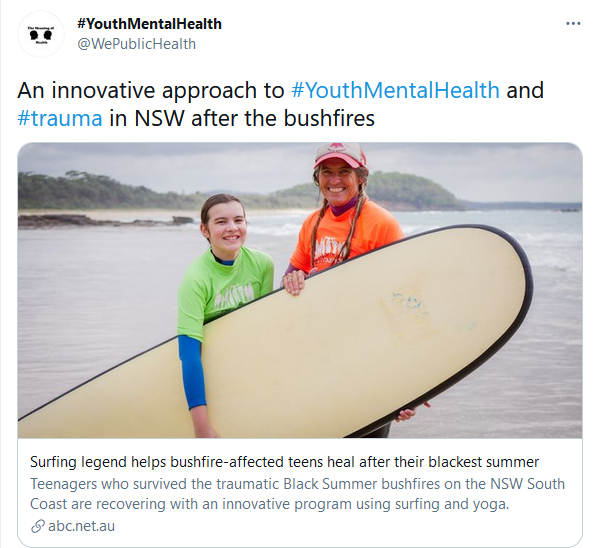 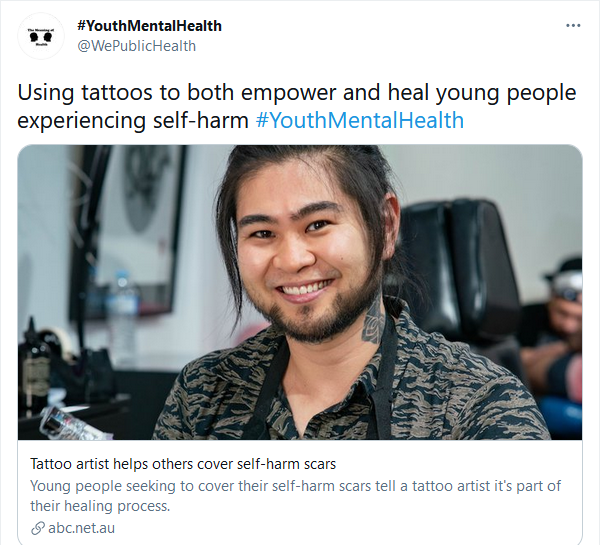 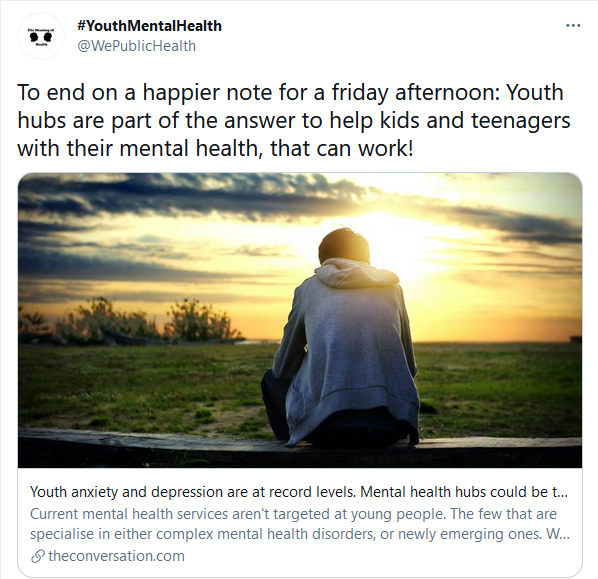 Youth justice system changes are urgently needed to address overrepresentation of #Aboriginal young people and higher risks of suicide and self harm https://ccyp.vic.gov.au/news/our-youth-our-way-report-released

Suicide in #Australia is the most common reason for death in those aged 25-44years, with Indigenous people severely over-represented. #suicideprevention is a must for future #youthmentalhealth https://orygen.org.au/About/News-And

Depressive symptoms, mental wellbeing, and substance use among adolescents before and during the COVID-19 pandemic in Iceland: a longitudinal, population-based study

‘A sacrificed generation’: psychological scars of Covid on young may have lasting impact

Resilience and mental health among juveniles: role of strategies for coping with stress

Symptoms of depression and anxiety during the COVID‐19 pandemic: implications for mental health

Youth anxiety and depression are at record levels. Mental health hubs could be the answer

See previous Croakey articles wrapping the news from @WePublicHealth (and here’s more information, including how to apply to guest tweet).