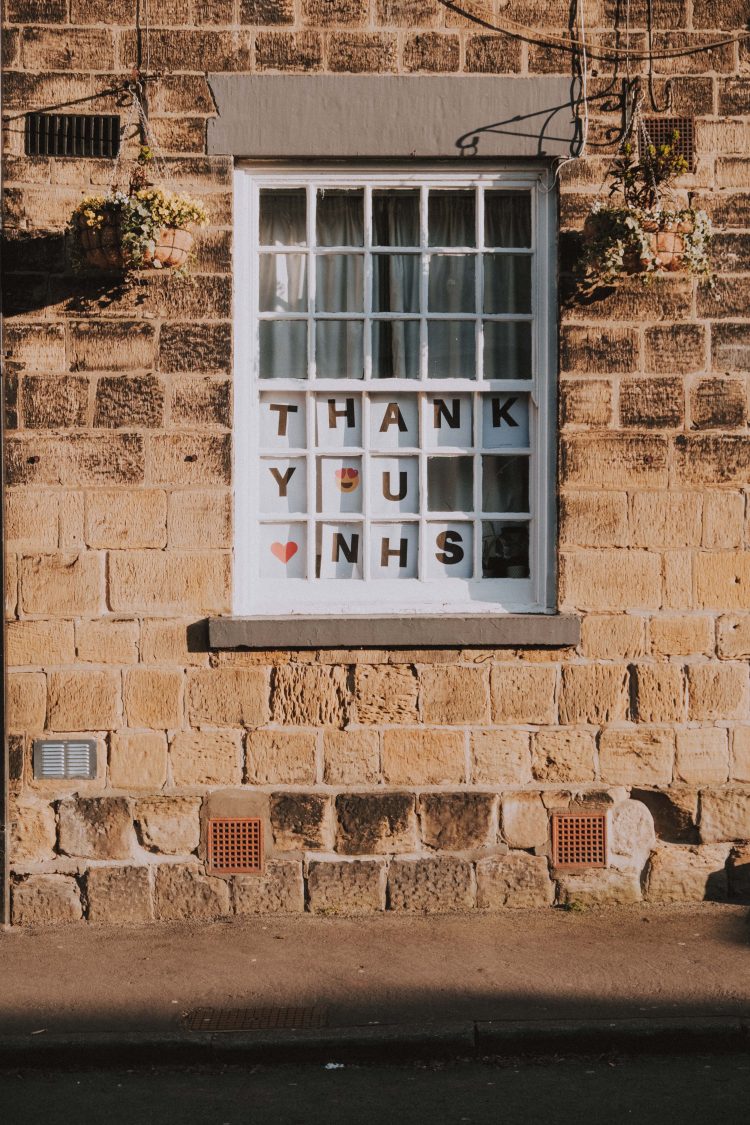 Introduction by Croakey: Fires, floods, drought — Treasurer Josh Frydenberg’s speech had it all up there in lights, but nary a nod was to be seen in Tuesday’s budget for the defining crisis of our era, climate change.

This was a budget devoted to the coronavirus pandemic, but under the ‘recovery’ window-dressing it was simply big business as usual, a golden ticket to fossil fuels, manufacturing and construction, and the top end of town.

Instead of recognising the twin catastrophes of this year, COVID-19 and the bushfire crisis, as symptoms of a sick ecosystem, the prescription from Australia’s conservative Morrison government was more of the same.

In England, the world-renowned National Health Service or NHS, has taken a different approach, announcing a Net Zero emissions target by 2040 last week which serves as a powerful precedent for health systems worldwide.

Unveiling the target, NHS England and NHS Improvement CEO Sir Simon Stevens acknowledged that while COVID-19 “is the most pressing health emergency facing us, undoubtedly climate change poses the most profound long-term threat to the health of the nation”.

The 2020 Budget has been announced and the spin from all sides of politics has begun in earnest.  It is sobering that the description of this being the most important Budget since the end of World War Two, is not, for once, media and political hyperbole.

Most sector and press analyses have focused not on the devilish detail of the Budget but its glaring omissions: the missed opportunities from a lavish, debt-fuelled, outlay of public money, the centrepiece of which are tax cuts that will exacerbate already deep income and health inequalities.

Serious gaps abound, from the complete absence of social housing investment, to insufficient funding for an aged care system whose profound crisis has taken a global pandemic to lay bare, to manifestly inadequate spending on Aboriginal and Torres Strait Islander Health and women.

(See Croakey’s comprehensive coverage of the response to the Budget here).

In this context, it may be instructive to take a step back and examine how other health systems are tackling perhaps the biggest lost opportunity, the threat posed by the climate crisis and the need for health systems to decarbonise.

On 30 September Britain’s National Health Service became the world’s first national health system to commit to a target of net zero emissions to address the climate crisis. The move has been hailed by many as a game changer.

Earlier the same month, one large US health care provider, which services a population around half the size of Australia, announced it was already there.

COVID-19 no excuse for climate inaction

As wildfires rage across the Western U.S., we can all see that the health impacts of climate change are not abstract or far in the future — they are here today, and they disproportionately impact the most vulnerable among us.

We must recognize, for example, that the pollution that leads to respiratory illnesses and is linked to higher mortality rates from COVID-19 disproportionately impacts Black and low-income communities.

In order to create a healthier, more sustainable path forward, we must address the inseparable issues of climate and human health as one.”

Such an announcement was only possible through KP’s long history of engagement with environmental issues. It was also embedded in California’s political context of bipartisan commitment to greenhouse gas target setting that incentivised innovative private corporations to begin the complex and disruptive task of decarbonising the energy and transport sectors.

The NHS and #NetZero

The NHS has also has a long history of tackling the environmental impact of health care.

The release of the report Delivering a ‘Net Zero’ National Health Service steps up the level of ambition and delivers a comprehensive picture of opportunities to reduce carbon emissions in hospital and primary care facilities,  travel and transport, the supply chain, medicines and through research, innovation and offsetting.

The two key targets are:

The report explains that the targets set the direction and drive innovation in an evolving context:

The NHS’ approach to achieving net zero emissions will be iterative and adaptive and aim to continuously improve with an increasing level of ambition.

Its work will inherently be unfinished, and continually subject to change as technology evolves, the regulatory environment changes, resources materialise and more data becomes available.

The report makes very clear the cost, complexity and scale required to achieve their targets but notes both the necessity of undertaking such a challenge in the context of the climate crisis, and the health benefits that decarbonising the broader national economy will bring.

Health and environment advocacy groups Doctors for the Environment Australia and the Climate and Health Alliance (CAHA), welcomed the report, saying it set a vital precedent for health systems globally, including in Australia.

This is an incredibly exciting announcement coming from the UK’s National Health Service. By committing to net-zero emissions by 2040, with an ambitious goal of an 80 percent reduction by 2028 to 2032, the NHS is leading the world in decarbonising the health sector and climate action.

The NHS has an annual turnover of GBP140.4 billion (AUD$252 billion) and makes up one-tenth of England’s economy. It employs 1.3 million people, so this is huge news.”

As a sector we need to be putting our own house in order. The health sector in Australia contributes to nearly 7 percent of Australia’s total carbon emissions.

It is unconscionable that we continue to run hospitals on electricity from fossil fuel combustion which contributes to a warming climate, as well as air pollution which is associated with 3000 premature deaths annually in Australia.”

The Californian experience has shown the setting of ambitious long-term targets at state level is crucial to incentivise the innovation required to enable health systems to go carbon neutral.  This requires both economy-wide and health system-specific targets.

While all Australia’s states and territories have committed to net zero emissions by 2050, the federal government remains an outlier and Armstrong notes there are no specific emissions reduction targets at any level for health care, something she describes as a “massive oversight”.

The long reach of supply chains

This only brings into starker relief the absence of leadership at the national level on the climate crisis evidenced in the Budget 2020 and the lack of a national net zero emissions target.

What is interesting about the NHS and Kaiser Permanente commitments is that they both seek to incorporate carbon emissions from their supply chain when calculating success against their target.

This has significant implications for the recently announced $1.5 billion in new funding over four years to support the Australian Government’s Modern Manufacturing Strategy. The strategy seeks to make Australian manufacturers “more competitive, resilient and able to scale-up to take on the world”, and specifically identifies medical products as a National Manufacturing Priority.

The lack of a national climate emergency strategy and emission targets will harm the competitiveness of our medical product manufacturers.  Increasingly, local medical supply makers and their products will be eschewed by health systems that are seeking to comply with the goals of the Paris Agreement.

Public and private health service systems in Europe and North America who adopt zero-emission targets and commit to a decent environmental inheritance for future generations will exclude medical product manufacturers from Australia who are not zero-emissions.

Not only does a Budget bereft of climate credentials make little pragmatic sense in a world on the precipice of a climate crisis, it is fiscally unsound as economies chart a course to carbon zero.