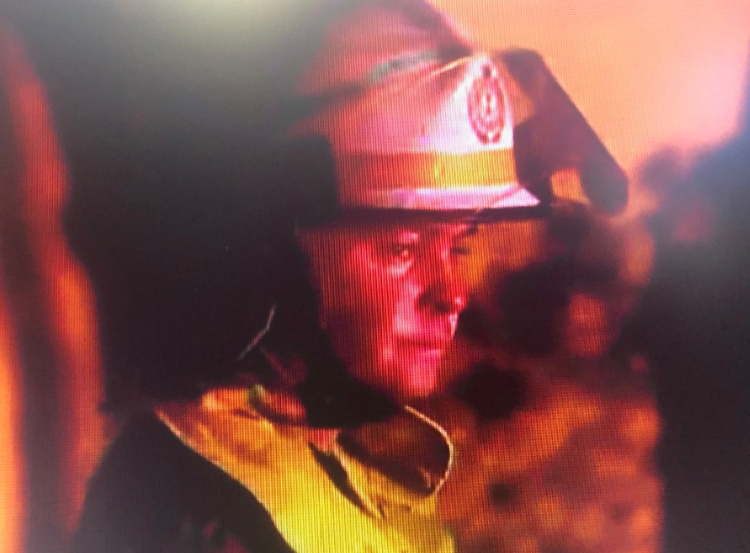 Introduction by Croakey: Nearly 100 bushfires, driven by extreme winds and temperatures, were on Friday continuing to burn across West Coast states in the United States, destroying hundreds of homes and killing at least nine people.

For many Australians, the footage coming to our screens is serving as a terrible reminder of the devastating 2019-20 bushfires here in Australia and a warning for the bushfire season now upon us.

“The story is the same, and so is the root cause,” said David Templeman, President of the Public Health Association of Australia (PHAA) and the former Director-General of Emergency Management Australia in a statement this week.

“Just as they did in Australia last summer, lives in the US are being lost, whole towns are burning, tens of thousands are being evacuated, and the losses both human and to nature are unfathomable,’ he said.

Yet, he said, experts are describing the dire situation as ‘unprecedented’, a word that “starts to lose meaning, given the regularity of these catastrophic fire events”.

“Governments around the world can no longer ignore the abundant scientific evidence and universal recognition that global warming and climate disruption are gathering pace, with devastating and deadly consequences.”

Templeman expands on his concerns and calls for action in the article below, published originally on the PHAA’s blog, as the convergence of the COVID-19 pandemic and a brand-new bushfire danger period means the approaching 2020-21 fire season will be “uniquely challenging”.

With the start of spring and the weather warming, many areas of Australia have already entered the official start of a new bushfire season.

Every Australian now knows the extreme dangers posed by the growing bushfire risk. Last summer’s catastrophic season, which wreaked havoc, death and destruction across so much of the nation, has also left scars across the landscape and in communities which may never heal.

At the start of a new bushfire season it’s essential that governments demonstrate leadership and act quickly in recognising the abundant evidence and universal recognition that global warming and climate disruption are deeply connected to the health and wellbeing of the human species.

Past actions by the Australian government on the issue have been highly disappointing, such as the abolishment of the Climate Commission by the Abbott government in 2013.

To his credit, in announcing a Royal Commission into National Natural Disaster Arrangements earlier this year following the devastating bushfires, the Prime Minister did acknowledge that climate change was a driving force for increasingly hot and dangerous conditions, and this is echoed in the Interim observations report from the Commission. He also said he was seeking ‘practical action’ to protect Australians into the future.

Ignore the science at our peril

My question at the hearing for the Senate Inquiry into the 2019-20 Bushfires was this:

‘What is that? What is the practical action being suggested here? Is it a case of our leadership saying, ‘Get used to it,’ while ignoring the science and advice of many experts?’

The scientific community want to help and they want to be engaged on this critical issue. We ignore them at our peril.

In our submission to the Inquiry, the Public Health Association Australia highlighted that climate was the biggest contributing factor to the most calamitous bushfire season in our history.

While we will never be able to prevent bushfires occurring, we can take action to address the root cause and to prevent our future summer seasons again spiralling out of control.

As I recently told that Senate Inquiry, we’ve seen a very good example in the way COVID-19 has been managed. Our leaders have listened to the science, accepted it, and acted on it.  The same approach is needed in addressing our climate change challenges. This isn’t the time for band-aid solutions. We need to tackle the problem head on.

In 2019-20, catastrophic fire danger ratings were experienced in locations and times of the year for the first time in recorded history. The growing impact of climate change left Australia as vulnerable as a ticking time bomb ready to explode. And explode we did, with tragic consequences.

Without effective, sustained global measures to reduce greenhouse gas emissions and slow the rate of climate change, there is every reason to anticipate that the unprecedented fire season of 2019-20 will be repeated, and repeated more often.

Climate change also plays a role in hindering our efforts at fire risk minimisation. The fire season has lengthened and the number of high fire danger days means fewer days are available for hazard reduction burning.

Every fire emergency in Australia is an immediate public health emergency, threatening the lives of potentially thousands of people.

The events of 2019-20 saw 33 direct fire-related deaths, including six deaths of active fire-fighting personnel. These tragic statistics, however, only tell a part of the story.

The populations of a large part of south-eastern Australia, including over nine million people in Sydney, Melbourne and Canberra, were exposed to extremely hazardous levels of particulate air pollution for extended periods from December 2019 to February 2020.

On 3 January, the Air Quality Index reading at Monash in the ACT was at 5,109 – the worst air quality anywhere on earth, and 25 times the hazardous level. The impact of particulate air pollution can be severe, particularly on those with pre-existing lung and cardiac disorders.

Experts from the Menzies Institute for Medical Research at the University of Tasmania estimated the health impacts of smoke from the bushfires, finding that around 445 deaths were attributed to the smoke, over 3,000 people were admitted to hospital for respiratory problems and 1,700 people presented for asthma.

It is because of the severity of these types of health impacts related to extreme weather events that the Public Health Association of Australia has advocated for the adoption of a National Strategy for Climate, Health and Well-being.

Things are hotting up

While the growing threat of bushfires are a major focus for governments and policy makers, the lives and health of Australians are also being increasingly impacted by rising temperatures.

As I told the Bushfire Inquiry, heat is a silent killer and so often it’s a forgotten issue when compared to the bushfire threat.

In a study conducted between 2001 and 2005 there were 1,100 heat related deaths in Melbourne alone, 750 in Sydney, 550 in Adelaide, 530 in Perth, and 220 in Brisbane.  Fifteen years on, the impact of heat, especially on vulnerable Australians such as older people and babies means many more lives will be lost as our summers continue to hot up.

The coming together of the COVID-19 pandemic and a brand-new bushfire danger period means the approaching 2020-21 fire season will be uniquely challenging.

There may be a sense in some quarters that the scale of the last fire season creates a ‘hazard reduction’ buffer against similar catastrophic fires in the near term. While the probability is that the next fire season may give a reprieve, this is not predictable.

Complacency would be a mistake, with potentially tragic consequences. Planning must be put in place urgently to organise communities and agencies to be ready for the coming season in these uniquely difficult times.

PrevPreviousOpening pubs, bars and nightclubs: what are the risks?
NextWhy this public health academic is looking forward to going back to workNext