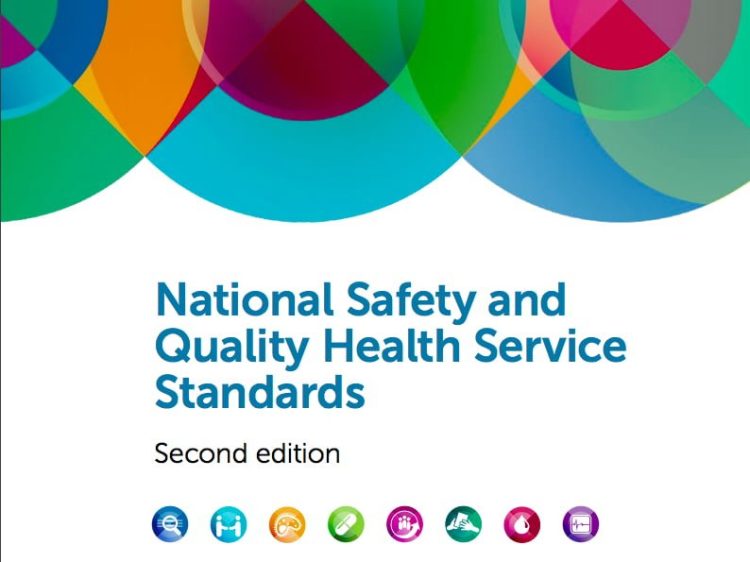 Six years after the implementation of nationally consistent safety and quality standards for every hospital and day procedure service in Australia, infections and antibiotic prescriptions have decreased and there have been improvements to in-hospital cardiac arrest.

First released in 2011, the National Safety and Quality Health Service (NSQHS) Standards were the first nationally consistent safety and quality framework for acute health care in Australia. Key improvements associated with implementation of the NSQHS Standards (first edition) include:

The NSQHS Standards have also driven improved governance in health service organisations by helping to expand the roles of governments, executives, boards, clinicians and consumers.

Assessment to the NSQHS Standards (2nd ed) begins in Jan 2019. Find out more about what’s in the updated edition and remember you can contact the advice line if you have any questions. https://t.co/snTbe9ZoFL #NSQHSStandards pic.twitter.com/6c1eYZ36eG

For those who are not familiar with the NSQHS Standards, they were developed by the Australian Commission on Safety and Quality in Health Care in collaboration with the Australian Government, states and territories, clinical experts, patients and carers.

The primary aims of the NSQHS Standards are to protect the public from harm and to improve the quality of health service provision. They ensure that relevant safety and quality systems are in place to ensure expected standards are met.

A focus on high-risk groups

The second edition will extend and build on the benefits of the first edition, in part by placing an additional focus on patients in various high-risk groups, including those with mental health conditions and cognitive impairment, as well as Aboriginal and Torres Strait Islander peoples. Assessments to the second edition will start from January 2019.

The second edition was compiled following extensive consultation with, and invaluable feedback from, the health and hospital sector, as well as the Australian Government, state and territory governments, consumers and the private health sector.

It differs from the first edition in many respects: it is shorter and more succinct, more integrated and less siloed, and most importantly puts the patient right at the centre.

Putting the patient at the centre

Patient-centredness is behind all of these new inclusions. Aboriginal and Torres Strait Islander people, people with mental health conditions and people with cognitive impairment are all groups of patients who have poorer access to care as well as poor health outcomes.

The second edition of the NSQHS Standards focuses almost exclusively on the systems and processes necessary to ensure safe, high-quality care, rather than on specific health conditions. For example, there is no one standard in the second edition about caring for Aboriginal and Torres Strait Islander people; instead, a focus on Aboriginal and Torres Strait Islander Australians is threaded through the first two of the new eight standards, on Clinical Governance and Partnering with Consumers.

The Clinical Governance Standard includes the requirement that health service organisations will demonstrate “a welcoming environment that recognises the importance of the cultural beliefs and practices of Aboriginal and Torres Strait Islander people”, while the Partnering with Consumers Standard requires health service organisations to work “in partnership with Aboriginal and Torres Strait Islander communities to meet their healthcare needs”.

It is the first time that this sort of requirement has been applied consistently across the hospital and acute care sector nationally.

Each of the remaining six standards in the second edition – which cover Preventing and Controlling Healthcare-Associated Infection, Medication Safety, Comprehensive Care, Communicating for Safety, Blood Management, and Recognising and Responding to Acute Deterioration – link back to these first two standards, Clinical Governance and Partnering with Consumers, among their first requirements.

Literacy, end of life and leadership

How else do the NSQHS Standards advance the interests of consumers? The inclusion of health literacy recognises that health services need to focus more on vulnerable patients and consider what is best for them. Sixty per cent of Australian adults have poor health literacy, and the updated Partnering with Consumers Standard requires health services to ensure, for example, that information is easy to understand and use, and where developed internally is done so with consumer input.

This will help consumers to be more engaged in their own health care, which we know leads to better experiences of health care and better health outcomes overall.

Meanwhile, new content on end-of-life care emphasises the need to better consider the benefits to patients from further invasive treatments, particularly in a patient’s final days and weeks – an inclusion intended to ensure decisions about treatments involve patients and only occur when they are truly in the best interests of the patient whose life is drawing to a close.

Underpinning all of this is the role of clinical leaders, which explains why the second edition of the NSQHS Standards places such focus on clinical governance.

When you study examples of healthcare failings in Australia and internationally, failure in clinical governance – in areas such as informed patient consent, open disclosure, incident and complaints management – emerges as the common theme.

In the second edition of the NSQHS Standards, the Commission has enshrined the importance of clinical governance – which includes the involvement of consumers in health services – to underpin the safety and quality of clinical care. The lesson from the first edition of the NSQHS Standards, which has been strengthened in this second edition, is that robust governance structures are essential to deliver high-quality and safe care for all patients.

Professor Villis Marshall is the chair of the Australian Commission on Safety and Quality in Health Care.

He is also an internationally recognised urology consultant with experience in public hospital management, clinical service provision and quality and safety in health care