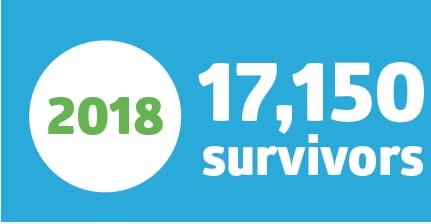 Survivors of the Stolen Generations policies: infographic provided by the Healing Foundation

An important new report from the Australian Institute of Health and Welfare highlights an urgent need to develop trauma-informed services for members of the Stolen Generations and their descendants, writes Richard Weston, CEO of the Healing Foundation.

He explains below why the Healing Foundation is calling for a national strategy for addressing intergenerational trauma.

The Healing Foundation has today released the first demographic needs analysis and policy impact study of the Stolen Generations and their descendants. The report, collated by the Australian Institute of Health and Welfare, has uncovered an alarming level of health issues, disability and social and economic disadvantage.

It estimates that around 17,000 Stolen Generations members are living across Australia today and that they experience higher levels of adversity in relation to almost all of the 38 key health and welfare outcomes analysed. These statistics prove what we have known for a long time. That trauma, passed on from one generation to the next, is a having a profound impact on our families and communities, while also creating a gap within the gap of prosperity and wellbeing.

Sadly, Stolen Generations also struggle to access to service that will assist them. The Report shows that almost a third (32 percent) have problems accessing services and that they are 1.5 times more likely to report access difficulties than other Aboriginal and Torres Strait Islander people of the same age.

This story of alarming disadvantage doesn’t end with the Stolen Generations. This Report also proves that the negative impact of past atrocities is having a flow-on effect to their descendants.

The report has identified that one third (33 percent) of today’s adult Aboriginal and Torres Strait Islander population are descendants, an obvious indicator that trauma is being passed on to our children and grandchildren.

These are the outcomes of trauma – being experienced by different generations and being compounded by inaction. And as the descendant population keeps growing, so will experiences with trauma and its many ugly symptoms – unless we give people the opportunity and support to heal.

These are large, nationally representative surveys, containing a consistent set of information and detailed data on a wide range of topics, including removal from family. The statistics relating to the numbers of Stolen Generations and their descendants are estimates, based on data from people born before 1972 when it is generally accepted that forced removal practices came to an end.

The evidence paints a picture of complex needs that extends to an ageing Stolen Generations populations that will be eligible for aged care within 5 years. From this report we see that two-thirds of the Stolen Generations were aged 50 and over in 2015 and that within five years they will all be eligible for aged care. This is a scary statistic, given their aged care needs are far more complex than the average ageing Australian. So the clock is ticking.

Almost 40 percent of Stolen Generations over 50 have poor mental health, while close to a third (29 percent) live alone and only a quarter own their home. And given their past experiences, it’s vital that we find public funded alternatives to institutionalisation and create services to deal with trauma-related issues that emerge with ageing.

The report goes on to say that two-thirds (67 percent) of Stolen Generations live with a disability, and they are also more likely to experience health problems, including heart disease and stroke. These issues are not insurmountable but they are pressing if we are to find and resource adequate and respectful care solutions for our older people.

To provide a more thorough picture, the AIHW report has made comparisons with Aboriginal and Torres Strait Islanders in the same age cohort, as well as non-Indigenous people. We also must remember that many Stolen Generations members have chosen to keep their story secret over many decades and the surveys relied on self-reporting of removal. The surveys only reached people who live in private dwellings. Anyone who was homeless or living in an institution would not be included.

The Healing Foundation is calling for a national strategy for addressing intergenerational trauma – the symptoms of which are outlined in this report. It clearly demonstrates how a lack of healing solutions has created an environment where Intergenerational trauma keeps spreading from one generation to the next. These issues have compounded over many decades and it will take a long-term commitment and evidence-based approach to break the cycle.

A comprehensive strategy will provide high-level guidance for Australian governments and service providers so that they design and operate programs that meet needs and tackle intergenerational trauma as an underlying cause of many social and health problems in Aboriginal and Torres Strait Islander communities.

There is a need to scale up healing responses across Australia, but particularly where we now know high populations of Stolen Generations and their descendants live. Through a range of independent studies, the Healing Foundation has proven that healing works, from keeping kids in school and reducing incarceration and family violence to saving taxpayer dollars.

We’d also like to see Stolen Generations and their descendants receive reparations as an acknowledgment of past wrongs. We need a national framework to create a wide-ranging scheme that’s fair for everyone, in line with the national redress scheme being implemented in response to the Royal Commission into Institutional Responses to Child Sexual Abuse.

But we’ve just been scratching the surface. We need government and service providers to commit to long term and widespread healing programs. Our research has also shown that poor accessibility is linked to a failure to provide services that are trauma-informed and culturally focused. When we involve Aboriginal people in designing services we get better results and when we train service providers so that they understand how trauma works, they are more likely to pick up warning signs early, diagnose problems correctly and find solutions that work.

One thing this report has done is establish much broader implications across the Indigenous policy landscape. It’s relevant to strategic work like the National Aboriginal and Torres Strait Islander Health Plan and conversations about how we establish a new Closing the Gap framework that actually closes the gap.

We hope that the evidence we’re gathering will be enough to drive the change that’s desperately needed.

• Richard Weston is a descendant of the Meriam people of the Torres Strait. He has worked in Aboriginal and Torres Strait Islander affairs for more than 20 years. As CEO of the Healing Foundation since September 2010 Richard has overseen the strategic development of the organisation, which has supported more than 135 culturally strong, community led Indigenous healing projects around Australia. Richard is a member of the National Health Leadership Forum and the Close the Gap Working Group. He is also an advisory committee member for the National Empowerment Project and the Aboriginal and Torres Strait Islander Suicide Prevention Evaluation Project. 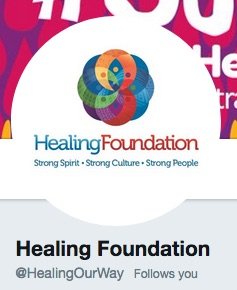 PrevPreviousIndigenousNCDs: a call for States to include Indigenous peoples in non-communicable disease Declaration
NextAustralia is breaking records for intervention in childbirth, and the costs are manyNext