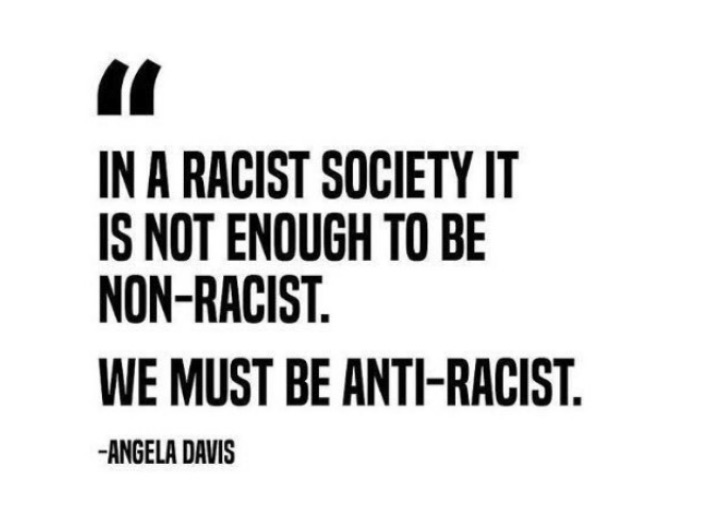 This article was first published on Wednesday, January 20, 2021

For reconciliation to be effective, it must involve truth-telling, and actively address issues of inequality, systemic racism and instances where the rights of Aboriginal and Torres Strait Islander peoples are ignored, denied or reduced, according to Karen Mundine, Chief Executive Officer of Reconciliation Australia, in a new report.

In the article below, Dr Summer May Finlay suggests the Reconciliation Australia report has some timely messages for the health sector in particular.

In health, ‘bravery’ is something that is typically used about patients. Children (and sometimes adults) are asked to be ‘brave’ when they receive a vaccination.

People are often called brave for sharing stories of mental illness to destigmatise it. Sometimes, just seeing a health professional is brave, if the issue is very personal or potentially embarrassing.

However, bravery is now being used about health professionals and policymakers in the 2021 State of Reconciliation in Australia Report: Moving from Safe to Brave. It is the second report outlining where Australia is at with reconciliation between Aboriginal and Torres Strait Islander people and other Australians, with the first in 2016. It is based on interviews with leaders of national Aboriginal and Torres Strait Islander organisations, leaders of relevant non-Indigenous organisations, corporate leaders and Reconciliation Action Plan (RAP) partners.

Despite progress being made since the first report, the 2021 report found Aboriginal and Torres Strait Islander people and other Australians believed more action is required. Substantive action rather than just tinkering around the edges in people’s comfort zones.

And the healthcare sector, including health workers and policymakers, has a vital role in each aspect of the reconciliation process.

The figure below shows the percentage of Aboriginal and Torres Strait Islander people, and Australians in the general community, who believe more must be done by government departments.

Reconciliation between Aboriginal and Torres Strait Islander people and other Australians is something that is discussed A LOT in Australia, including in health.

Many health organisations have a Reconciliation Action Plan. The healthcare and social assistance sectors (covering areas such as health services, aged and childcare) are the largest employer of Aboriginal and Torres Strait Islander people.

What is less often discussed, though it is a critical part of the ongoing process, is evaluating what has been achieved and the gaping holes. For example, the report highlights the overincarceration of Aboriginal and Torres Strait Islander people, the limited Closing the Gap progress and the lack of engagement with Aboriginal and Torres Strait Islander people on decisions that impact them. The report also draws attention to the Australian Government’s limited approach to the Uluru Statement by ignoring the truth telling element and progressing with a voice to government rather than a voice to parliament.

The State of Reconciliation in Australia Report has done just that: identified what we have done and what still needs to be done in each of the five areas for progressing reconciliation.

Awareness, however, cannot be an end in and of itself. It is merely a stepping stone to action. And action is how significant progress will be made. As the report outlines, bravery is essential for much of the action which is required.

To help individuals progress reconciliation within their organisation, there are a number of actions I suggest people can take on each of the five areas outlined in the report.

To progress race relations, systemic and individual racism in the healthcare sector needs to be addressed. There has been a significant focus on racism in Australia recently, primarily due to the Black Lives Matter movement.

What we need to see is sustained action and more of it. We can’t let the momentum decline. At an individual level that means:

Equality and equity are two words that are often bandied about, yet, to be frank, many people and organisations do little more than talk about the issues.

Achieving equality and equity requires individuals to make sure:

Institutions are made up of individuals, so each and every person has a role to play in progressing institutional integrity.

Allies and accomplices should be familiar with the United Nations Declaration on the Rights of Indigenous Peoples and ensure that the principles enshrined in the document are a part of each program and policy. There are many articles in the Declaration, all of which should be implemented.

On a practical level, people in health could ensure:

Unity requires everyone to stand together and seek to progress the same goals. If we are to achieve unity from a health perspective, we need more than just awareness-raising, we need people to put that knowledge into action by:

Historical acceptance is a crucial part of reconciliation. You can’t understand where you are or where you are going if you don’t know where you have come from. There are so many historical injustices done to Aboriginal and Torres Strait Islander people that just aren’t widely known, limiting reconciliation.

In particular, health has a role to play in understanding and promoting this country’s true history. This includes the role health disciplines have played in discriminating or even hurting Aboriginal and Torres Strait Islander people. For example, the traumatic experiences of Aboriginal people medically incarcerated in lock hospitals on islands off the coast of Western Australia near Carnarvon.

Historical acceptance can be achieved by:

The headline – there is a substantial amount of work to be undertaken if we are to see significant progress – is not new. These actions are not new. At least not to Aboriginal and Torres Strait Islander people and the accomplices who have stood with us for extensive chunks of time.

The work needs to be done both individually and as a collective.

Bravery is about doing something that you know might be challenging, but you do it because it’s the right thing.

Aboriginal and Torres Strait Islander people need non-Indigenous people to get outside their comfort zone and put us before their own discomfort. If you don’t put us first, we will continue to experience poorer health, discrimination and racism in the country we have been caretakers of for millennia.

Our ongoing disadvantage and the wider lack of recognition of our strengths will be on you. So what are you going to do about it?

Dr Summer May Finlay is a Yorta Yorta woman, Lecturer at University of Wollongong, a Research Assistant at the University of Canberra, and a contributing editor at Croakey Health Media.

Other articles on related topics by Dr Summer May Finlay: 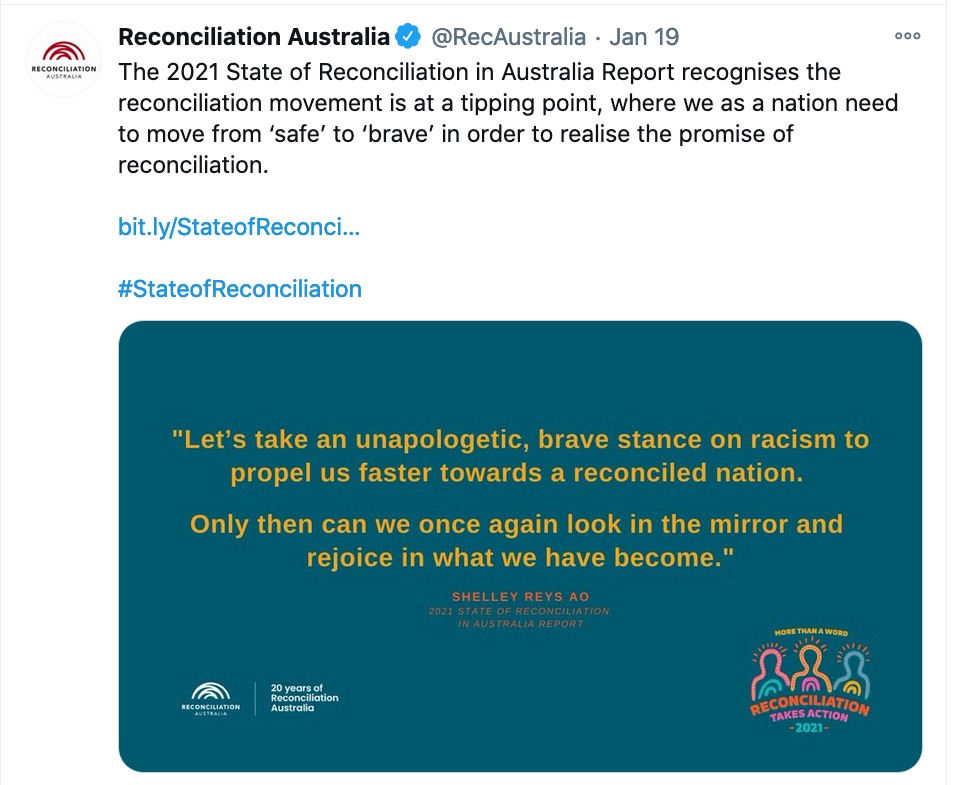 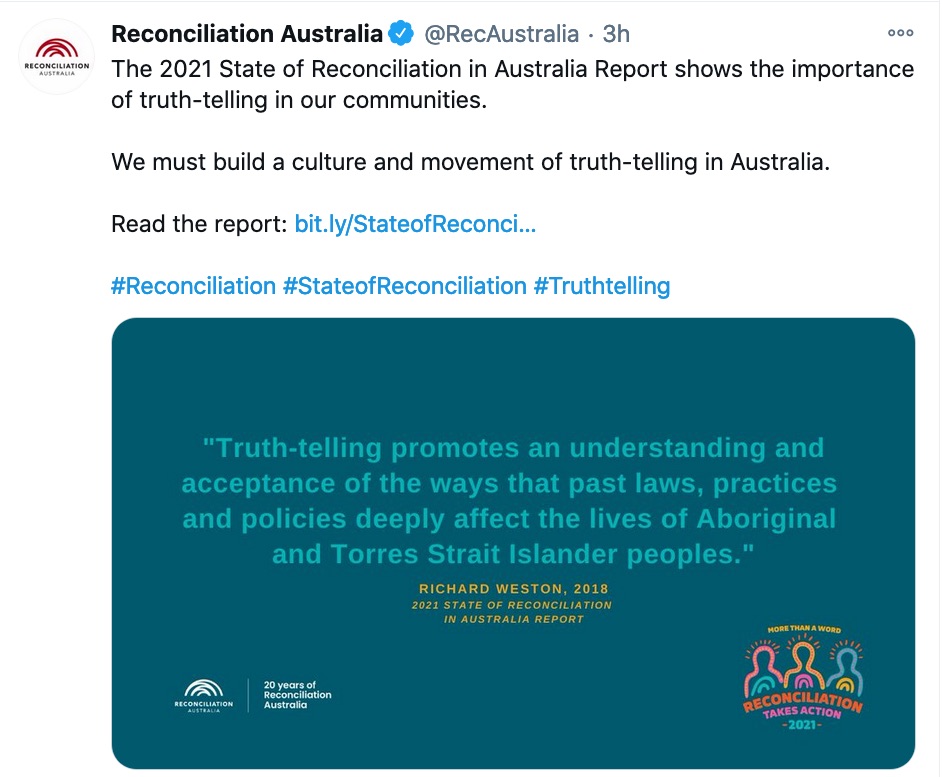