The COAG Reform Council has delivered its final report evaluating the impact of the national health reform agreement, Healthcare in Australia 2012–13: Five years of performance.

The report examines progress in four of the seven areas to be tracked under the agreement. As the images below show, there have been some notable improvements but many challenges remain.

It seems likely that the wide-ranging cuts to health in the Federal Budget will make it very difficult to address some of the problem areas highlighted.

It also seems likely that the wider budget cuts will increase the reach of disadvantage in Australia, which this report makes clear is associated with both poorer health outcomes and poorer access to care.


• People who live in urban areas have longer life expectancies—in 2010–2012, men lived 2.3 years and women 1.4 years longer. Women continue to outlive men by more than four years but the gender gap is closing—on average life expectancy for women increased by two months per year over the last decade, for men it was three months.

• Costs of dental care remain an issue for many, particularly Indigenous Australians. In 2012–13, more than two out of five (43.9%) Indigenous people aged 15 years and over delayed or did not go to a dental professional due to cost. Dental and prescription medicine costs were a bigger problem in the most disadvantaged areas.

• WA and NT lag the other jurisdictions in ensuring patients receive community follow up after discharge from psychiatric treatment.

• Two-thirds of deaths of people aged under 75 years were potentially avoidable. 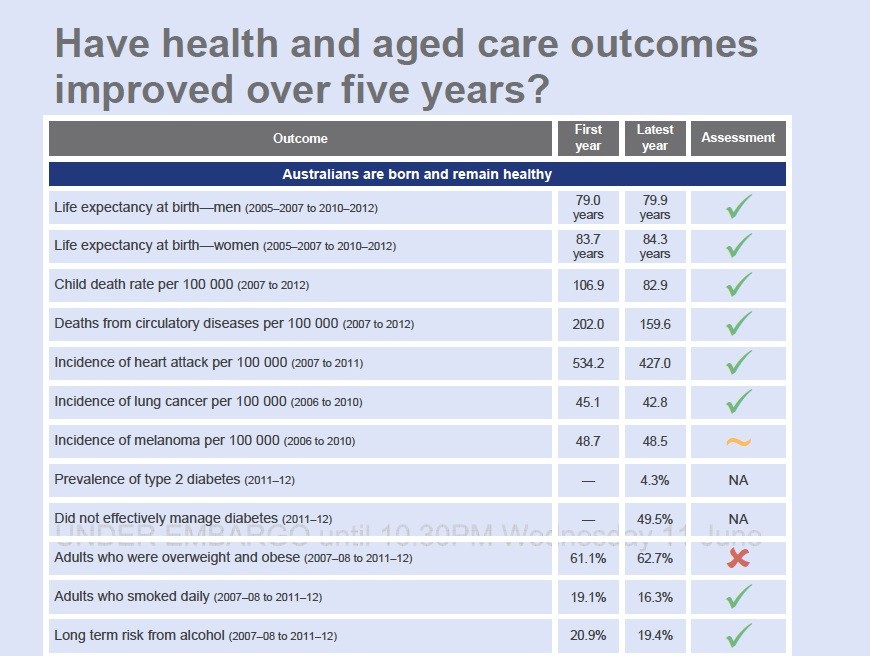 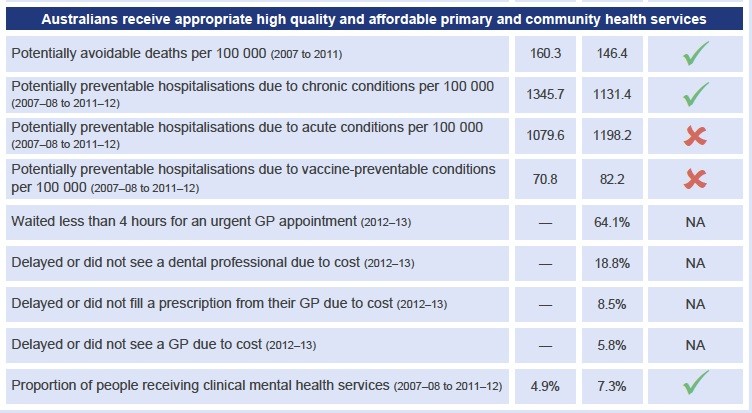 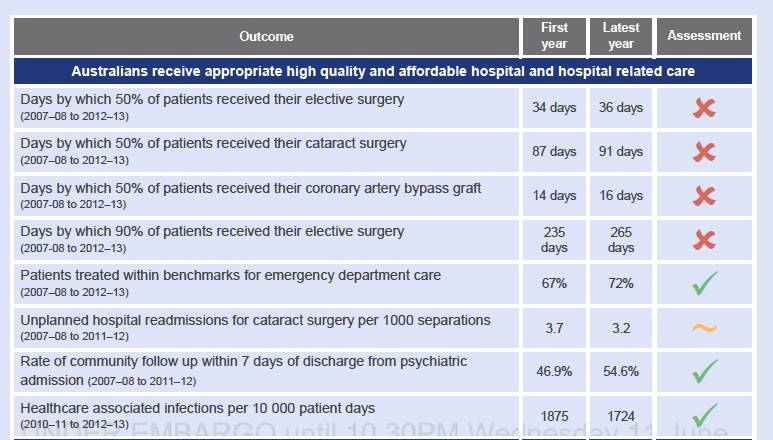 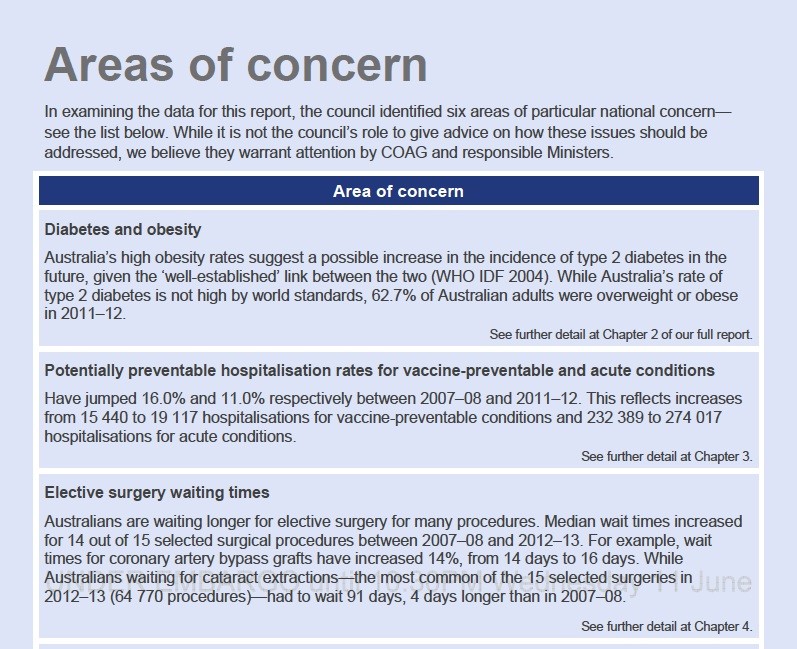 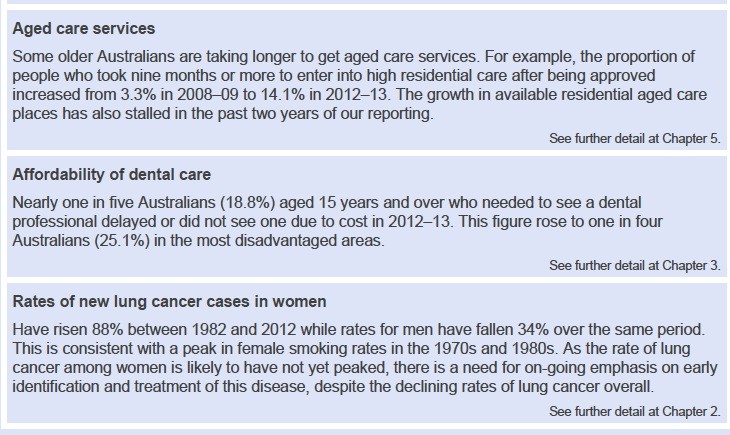 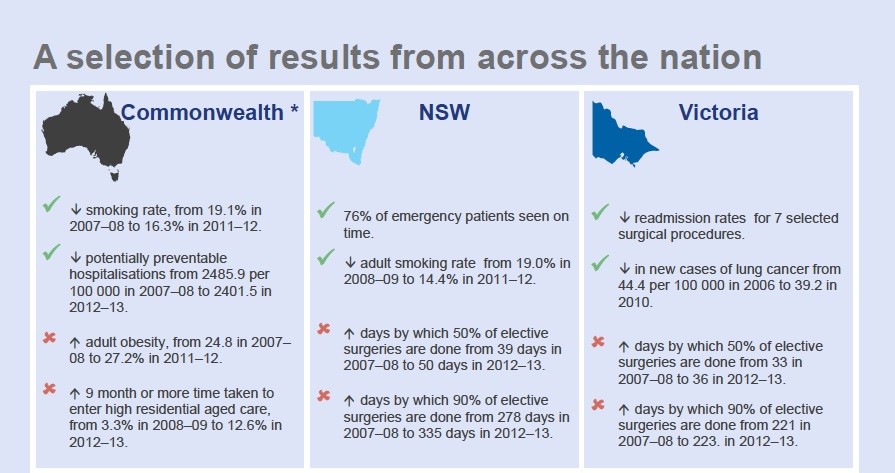 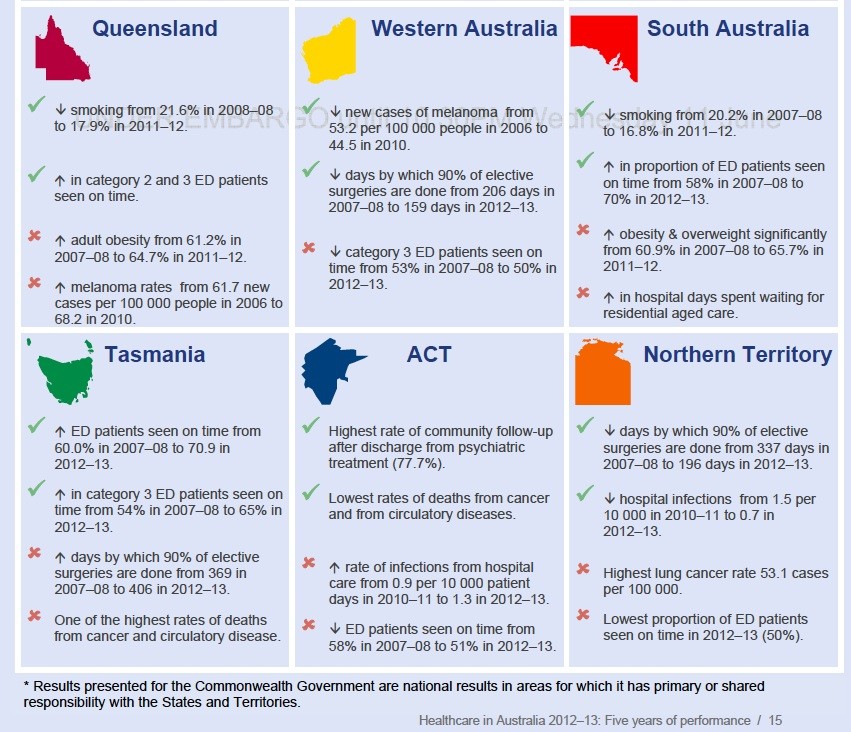