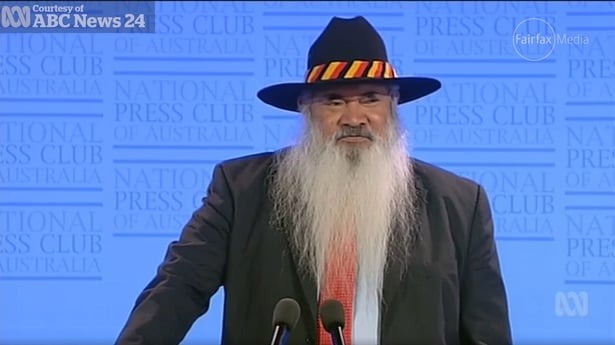 Tomorrow (15 April), it will be 25 years since the report of the Royal Commission Into Aboriginal Deaths In Custody (RCIADIC) was presented to governments.

The Commission was convened in response to 99 deaths in prison, police custody or juvenile detention institutions, during the period 1 January 1980 to 31 May 1989.

To mark the anniversary, Amnesty International Australia has released a comprehensive, 871-page report examining governments’ progress (or lack thereof) in implementing the Commission’s recommendations (some of which related to the health sector).

The report was commissioned by Katie Wood of Amnesty International Australia, and drafted by Clayton Utz on an entirely pro bono basis.

Below is an edited extract from a section of the report detailing how governments have largely failed to comply with their commitments to report annually on implementation of the recommendations.

This failure is symptomatic of wider failures to systematically implement the recommendations; efforts have been patchy, to say the least, suggests the full report, which is available here.

Its findings add significant weight to calls for the Council of Australian Governments to adopt Justice Targets as part of the Closing the Gap agenda, to help improve accountability of governments and service providers in related areas.

(And here is an Amnesty petition calling for Justice Targets.)

The Change the Record campaign will also be highlighting the need for action at a series of events in Canberra tomorrow. Meanwhile, the National Press Club yesterday heard a powerful indictment of legislators from Professor Pat Dodson, who was one of the Royal Commissioners.

In 1992, Federal and State Governments agreed to report annually on their progress in implementing the recommendations of the Royal Commission.

Not only have governments generally failed to provide these annual reports, they have also failed to implement most of the recommendations.

There was strong initial government support for the implementation of the Report and its Recommendations.

At a meeting of the Ministerial Council on Aboriginal and Torres Strait Islander Affairs in August 1992, the States (upon receiving funding from the Commonwealth) and Commonwealth agreed to report annually on the adoption and implementation of the Recommendations of the RCIADIC.

In response to concerns about the outcomes of the RCIADIC and the consistently high rates of Indigenous incarcerations and deaths in custody, a Ministerial Summit on Indigenous Deaths in Custody was held in July 1997 in which Commonwealth, State and Territory Ministers met with representatives of ATSIC, the Aboriginal and Torres Strait Islander Social Justice Commission and the National Aboriginal Justice Advisory Committee.

At this Summit, there was a renewed commitment to the full implementation of the RCIADIC Recommendations. In particular, all Australian governments (except for the NT Government) agreed to develop, in partnership with the Indigenous people, jurisdictional-based agreements (i.e. IJAs) with the aim of addressing these issues and improving the overall delivery of justice to Indigenous people.

The recommendation that ATSIC be given special responsibility and funding applied specifically to the Commonwealth Government. Although the body was formed in 1999, ATSIC was later disbanded in 2005.

Although a Royal Commission Response Monitoring Unit (‘RCGRMU’) was established in 1992 in direct response to Recommendation 1 following the downsizing and restructuring of ATSIC in July 1996, the functions of the RCGRMU were incorporated into ATSIC’s Monitoring and Reporting Section (‘MARS’).

By October 1996, the ATSIC Social Justice Commissioner reported that

Recommendation 1: “…had not been meaningfully implemented. Unfortunately, accountability for the implementation of recommendations of the Royal Commission is still unacceptably poor.”

After ATSIC was disbanded in 2005, some of its duties were transferred to the Office of Indigenous Policy Coordination. However it is unclear whether there is any coordinated monitoring effort in regards to the implementation of the Recommendations.

For example, the Australian Institute of Criminology monitors and reports on trends in Australian deaths in prison, police custody and juvenile detention.

Since 2003, the AIC has published a number of reports concerning deaths in custody in Australia, with a major report published in 2013 covering all deaths that have occurred to 30 June 2011.

The AIC’s reports, however, do not refer to the implementation of the RCIADIC Recommendations.

This report finds that that annual reporting on the implementation of the RCIADIC recommendations has been lacking or patchy in most jurisdictions, including NSW, WA, the ACT, and the NT.

Out of all jurisdictions, reporting by the Victorian Government has been the most comprehensive, despite not occurring on an annual basis as recommended.

In the period immediately following the RCADIC, all Australian States and Territories established their own respective Aboriginal Justice Advisory Committees (‘AJACs’). In four of the five States with Aboriginal and Torres Strait Islander Agreements, an Indigenous peak advisory body was instrumental in its conception.

However, in subsequent years, many of the AJACs were either abolished or allowed to collapse by governments.

Overall, the implementation of the Commission’s findings, across diverse sectors and agencies, from policing to health and criminal justice systems, has been patchy.

The report also covers the Commission’s recommendations in the following areas:

Tweets from the National Press Club 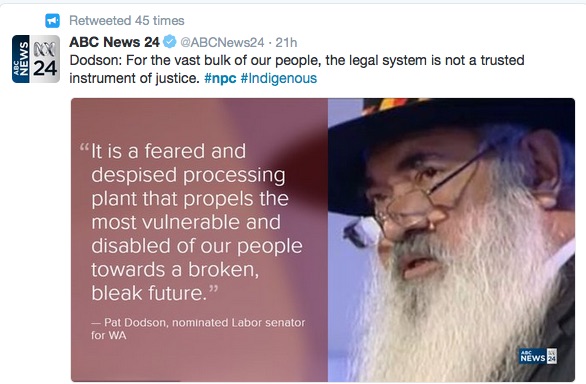 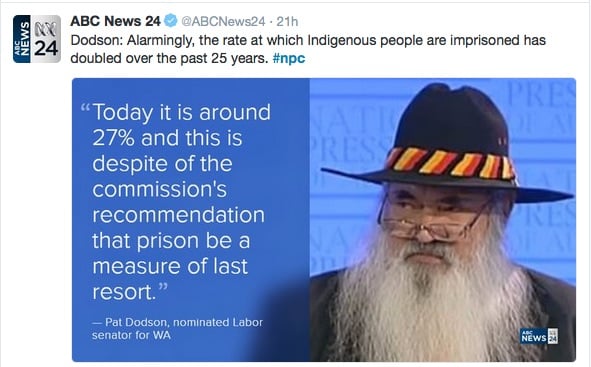 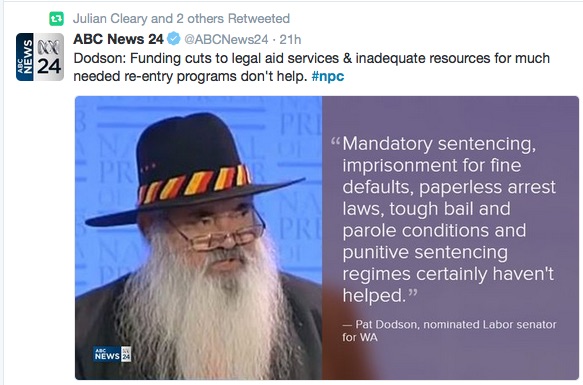