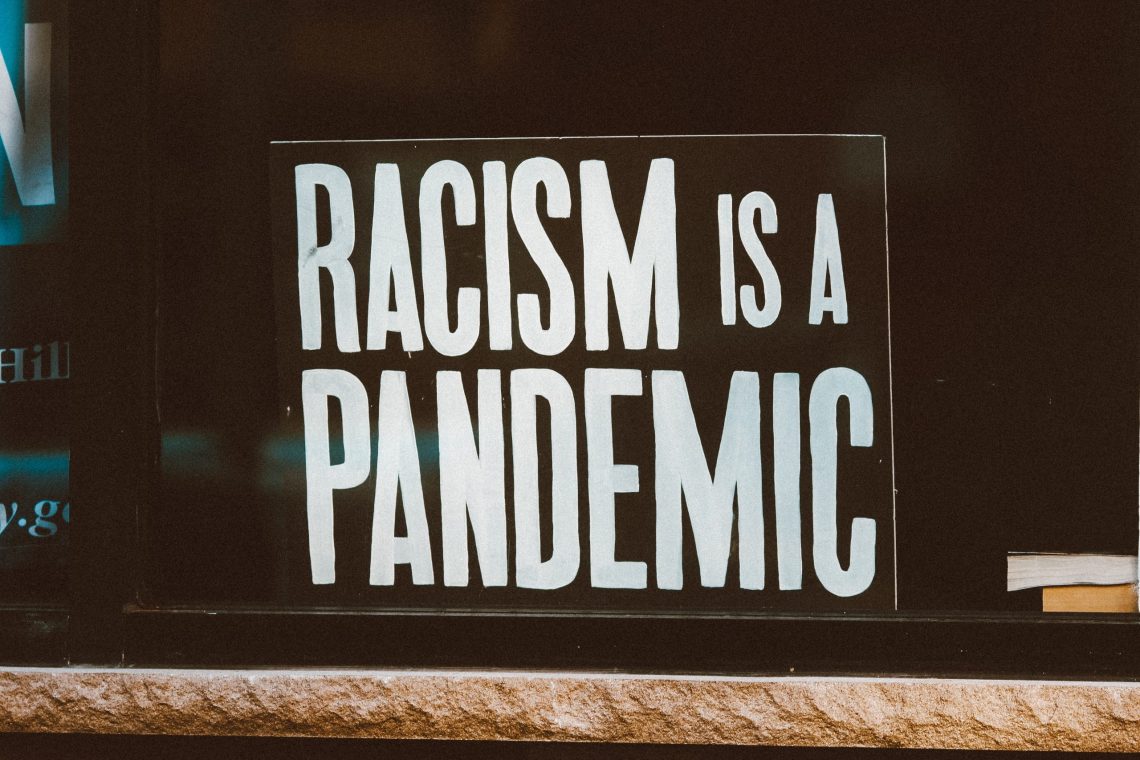 Photo by Jon Tyson on Unsplash

New report: there can be no climate justice without racial justice

A new report investigating how racism and colonialism shape the climate crisis and climate action is featured in the latest wrap of environmental news by public health expert Dr Peter Sainsbury.

The history of climate change is complex. On one level we tend to think of the problem starting in the 18th Century with the invention of the steam engine and the advent of the industrial revolution, although coal started to be burnt in large quantities, even in the United Kingdom, only in the middle of the 19th Century.

More realistically, however, we must accept that the people alive today are the major contributors to the climate problem: over 80 percent of the greenhouse gases that have been pumped into the atmosphere have been put there in the last 70 years – mainly by rich countries and people of course.

That’s the technical history. What about the social history?

According to a new report, “colonialism and racism have played an integral part in shaping, and continue to shape, climate change and climate policy to this day”.

In essence, the argument is that:

The report accuses early environmentalists of caring about conservation, wildlife, trees and open space but not about Black people, while many organisations currently working on climate justice are perceived to exhibit a ‘white saviour complex’ and tokenism.

The authors conclude that ‘”there can be no climate justice without racial justice, and that a clear, deep and empirically grounded understanding of the many links between those two types of injustice is essential to addressing both”.

If you or someone you know would like to learn a bit more about the science of climate change and what can be done to reduce emissions, Project Drawdown has produced Climate Solutions 101, six freely available 10-15 minute educational videos and discussions with experts.

CS101 is claimed to be ‘the world’s first major educational effort focused solely on solutions … game-changing climate action based on Project Drawdown’s own rigorous scientific research and analysis’. I confess that I have only scanned the videos but they do look to be good: clearly presented and helpful graphics.

The example below shows Drawdown’s top 20 ‘Climate Solutions’ for keeping warming under 1.5oC. 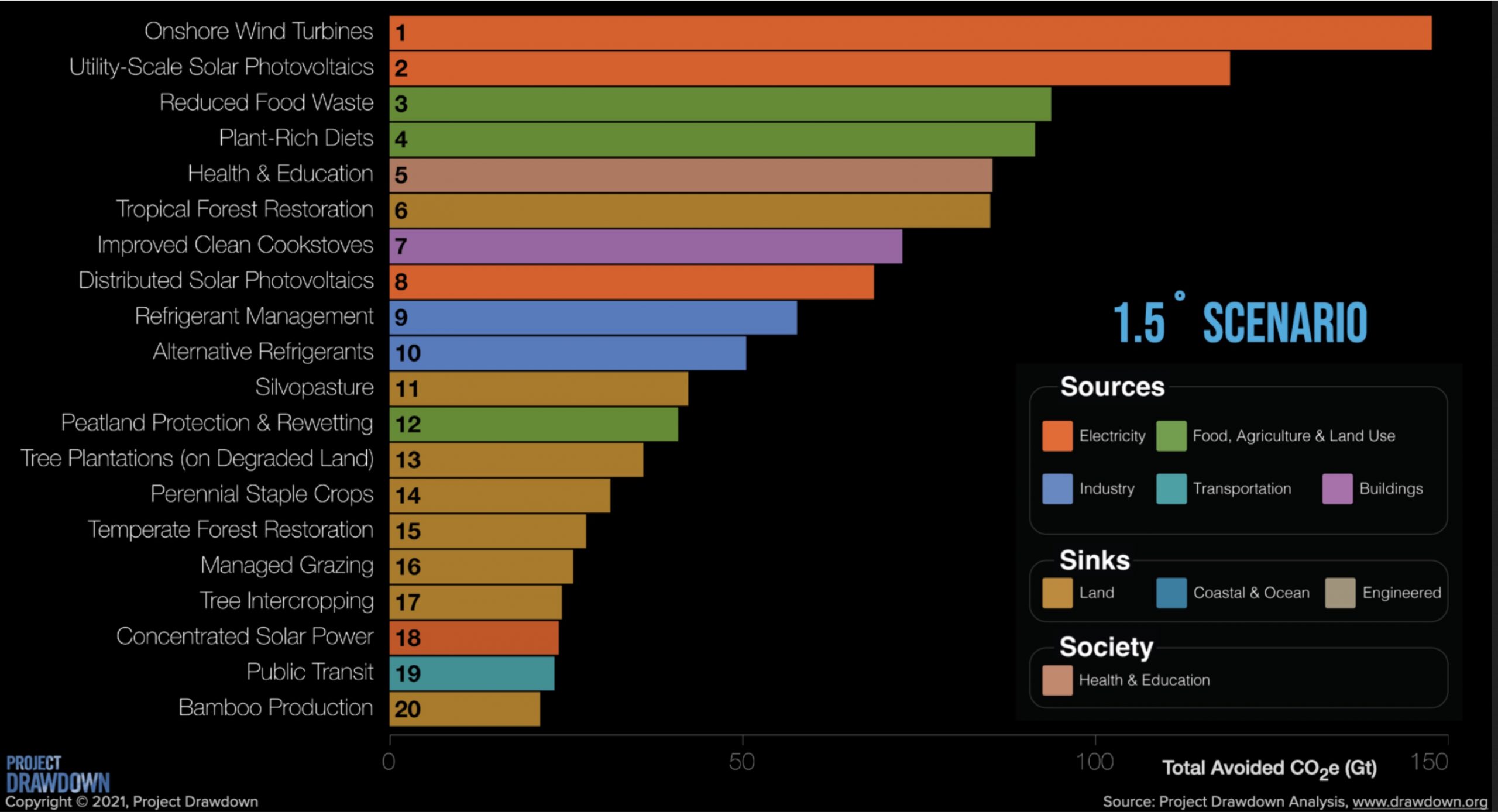 Industry produces almost a third of global greenhouse emissions and it’s generally agreed that some of the industries and processes involved are among the most difficult sectors of the economy to decarbonise.

A framework  for decarbonising heavy industry, apparently developed with and supported by industry groups, has been released to “accelerate and scale-up the decarbonisation of heavy industry to align with a 1.5oC global warming trajectory with urgency”. Underpinning the framework is an emphasis on a just, accessible, regenerative and inclusive recovery from COVID.

The framework contains six principles that are offered to policymakers to help them ensure the successful decarbonisation of steel, cement, chemicals and other heavy industries:

There’s much to like here in both the values and the actions but that (plus no mention of a gas-led recovery) should guarantee the framework will receive short shrift within our Commonwealth Government.

The EV market has been dominated by Tesla of course. But, as this bar chart clearly illustrates, Volkswagen is rapidly catching up globally and may overtake Tesla soon. Somewhat different story in the USA though.

Finally, I quite like this tongue-in-cheek photo from a Canadian climate change news service. 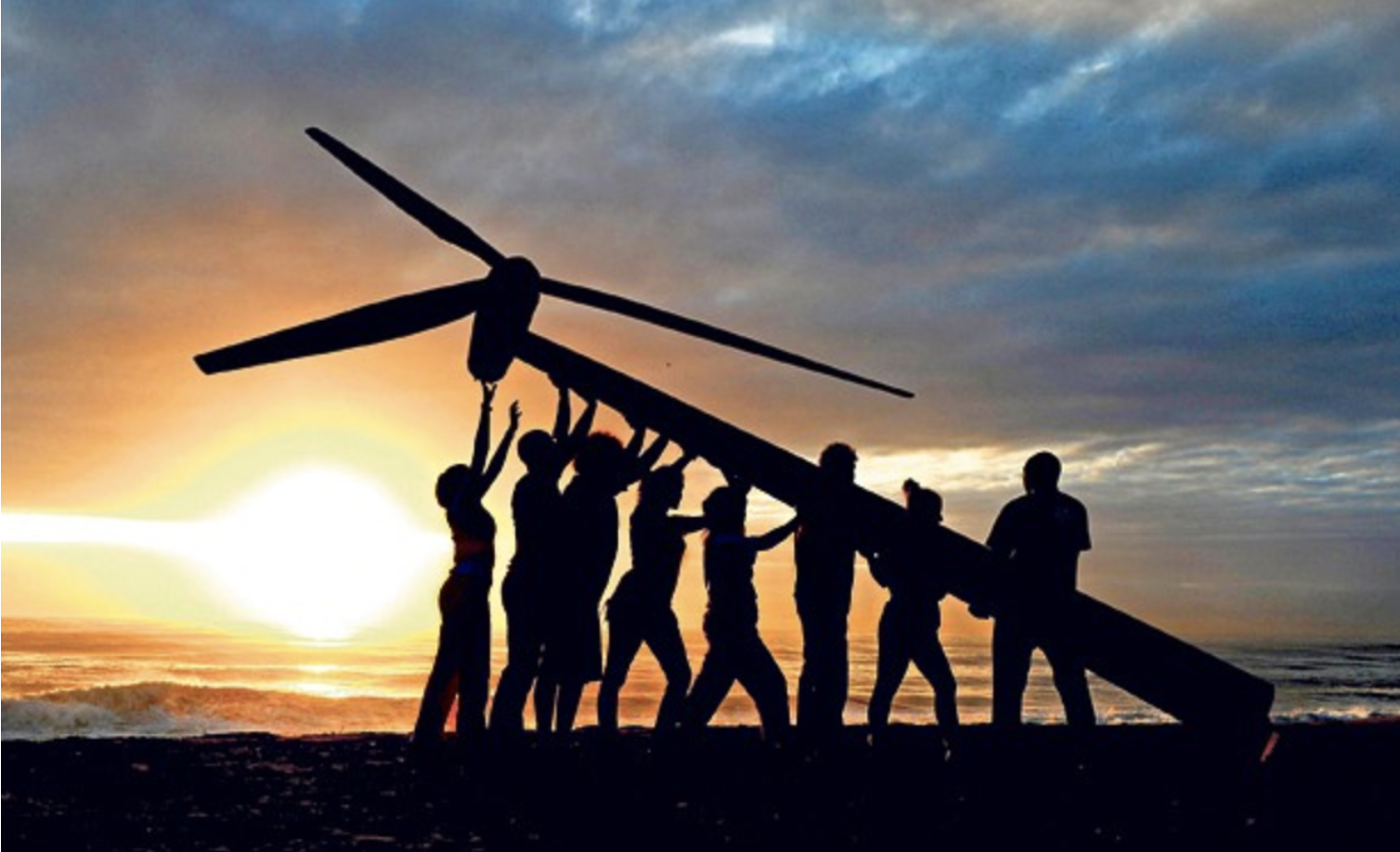 Younger readers might want to compare it with this photo and Google ‘US troops raising the flag on Iwo Jima’ or similar.

And for two other sides of the story, I recommend Clint Eastwood’s movies ‘Flags of Our Fathers’ and ‘Letters from Iwo Jima’ for Easter viewing.

Dr Peter Sainsbury is a retired public health worker with a long interest in social policy, particularly social justice, and now focusing on climate change and environmental sustainability. He is extremely pessimistic about the world avoiding catastrophic global warming.

See Croakey’s archive of stories about the climate crisis as a critical public health concern.

PrevPreviousUrging support for Uluru Statement, Indigenous Voice and other critical public health issues
NextHow the tobacco industry seized on the pandemic as an opportunityNext