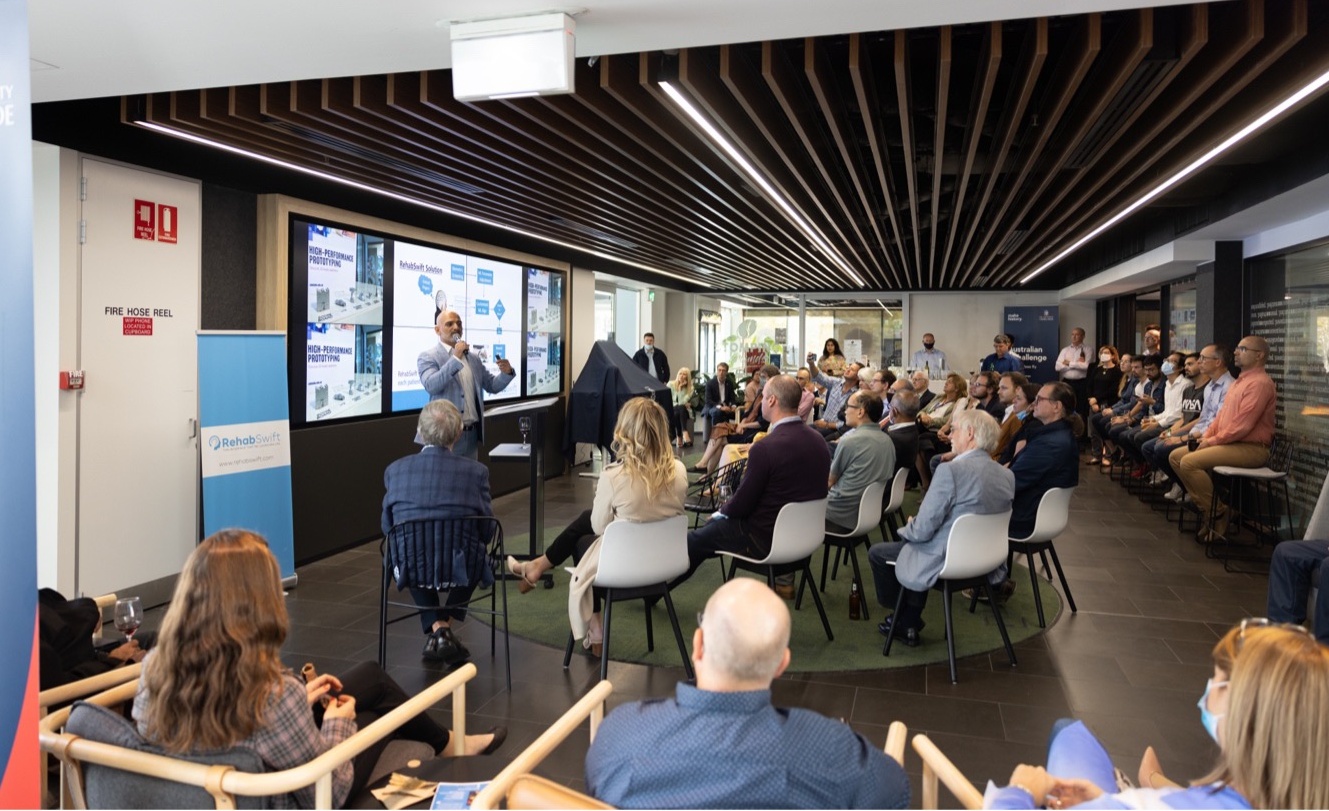 Innovative computer technology that communicates with the brain provides the potential for some stroke survivors to gain movement in their hands following a stroke, according to preliminary evidence.

This technology provides a promising avenue for the recovery of movement in a group of people who may not expect much improvement following a stroke, according to Dr Sam Darvishi, neuro-engineer behind the technology.

Darvishi, whose PhD research involved the application of brain-computer interface and robotics technology to enhance motor and sensory functions for stroke survivors, told Croakey that while the “golden window” of time for stroke rehabilitation is in the acute and sub-acute stage (within six months of a stroke), “there’s always room for improvement” if the right environment is provided.

Of these people, about 15 percent regain almost normal (pre-stroke) hand and arm movements. “This is a significantly lower probability than regaining other skills, such as walking,” Lannin said.

While research of the technology so far has been only conducted in stroke survivors, Darvishi said the technology can be applied to people with brain injuries other than stroke, but that further research is required to determine efficacy in other patients.

The new technology involves a patient wearing an EEG cap with electrodes that send commands via computer software to robotic hands that are meshed with the person’s fingers.

Electrical activity of the brain is recorded on the surface of the scalp, aka EEG, when the user intends to move their fingers. The computer software then turns this abstract intention to move into a signal, instructing the bionic hand to extend the fingers accordingly, explained Darvishi.

A proof-of-concept study with a person who had had a stroke three and a half years prior to the study found that after ten sessions with the technology, motor function of the affected hand improved by 36 percent.

While results from one person cannot be generalised to the entire stroke population, it showed promise and encouraged the research team led by Darvishi at The University of Adelaide to run a clinical trial of the technology, which was completed in September 2021.

Data from the trial, which included 12 stroke survivors, are still being analysed and expected to be published in a peer-review journal by the end of 2022.

However, Darvishi said they are pleased with the preliminary findings and shared the story of one participant who experienced movement in her thumb for the first time in 41 years following the stroke.

“That tells me there’s always room and hope for improvement if we provide the right environment for the brain to heal itself,” Darvishi said.

Darvishi, who suffered a debilitating stutter as a child and teenager, told Croakey, “I think in the back of my mind, I’ve always had the urge to be able to help people with a disability.”

While initially wanting to learn how to apply the technology in people with stutter, because there is no “dominant hypothesis” for the cause of stutter, it was not possible to know where and at what timepoint to intervene.

Darvishi then decided to explore the application of the computer software technology to enable communication between the body and the brain in stroke survivors, of which there is known cause.

Darvishi and the research team officially launched the device in March at ThincLab, University of Adelaide, which the author attended.

The most successful therapies are those that get “people to repeatedly practice movements, although the most effective rehabilitation therapies will differ depending on the severity of movement”, Lannin said. “For people with little to no movement, the most effective therapies are electrical stimulation alongside task-specific motor training, which for people with mild deficits, they will benefit most from a therapy known as constraint-induced movement therapy.”

Lannin said: “We know the brain is an amazing organ that can adapt and therefore improve function over time. Treatments and technologies may promote the way the brain adapts after a stroke.”

Darvishi has established a company, RehabSwift, based on their academic research of the technology, and an Advanced Neurophysiotherapy Clinic in Adelaide that opened at the beginning of July.

This and approval by the Therapeutic Goods Administration (TGA) in December means the therapy can now be provided to clinicians and researchers who want to help their patients recover from stroke and regain some movement to their hands.

The therapy in the Clinic involves patients attending 20 sessions, which at present cost $225 per hour, but may be subject to change in the future. As the therapy is personalised to each patient, the sessions may vary in duration between 75 and 90 minutes, Darvishi told Croakey.

Medicare offers a partial rebate if approved via a GP Management Plan and the service may be covered for NDIS clients who have enough allocated hours and manage their NDIS funding via self-management or plan-managed, rather than NDIA-management.

RehabSwift also developed a lighter version of the device which can be used by patients at home, aiming to alleviate some potential barriers to accessing the technology, according to Darvishi.

On what new technologies mean for stroke survivors, Lannin said: “Within Australia, medical technologies must go through rigorous testing to ensure that they offer greater recovery opportunities for Australians after stroke than current rehabilitation. Further research is therefore strongly encouraged to comprehensively test treatments like RehabSwift to ensure they do provide real and meaningful improvements to people with stroke.”

“Our goal is to make it available to {those who} need it the most,” Darvishi said.

“One ask, I would say, would be asking the healthcare system to be more willing to give room and more support for such revolutionary new technologies that can change lives.”