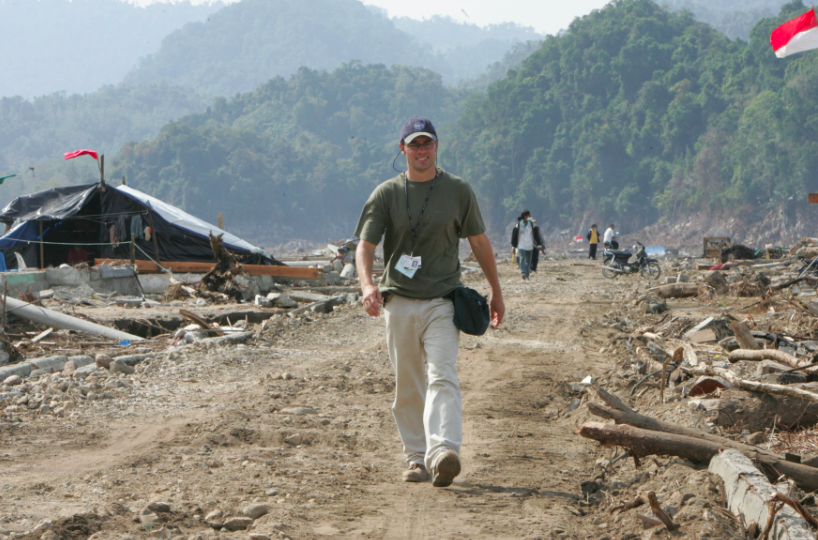 Newsrooms urged to prioritise the mental health of journalists

Former Reuters journalist Dean Yates covered many big stories in his time with the global news agency: the 2002 Bali nightclub bombings, the Boxing Day tsunami in Indonesia’s Aceh province in 2004, and through three stints in Iraq from 2003 to 2004 and a posting to Baghdad as bureau chief from 2007 to 2008.

Devastatingly, during his Baghdad posting, Reuters photographer Namir Noor-Eldeen and driver Saeed Chmagh were killed in an attack by a US helicopter.

Yates has written powerfully of how he finally moved in 2013 to Tasmania and, instead of relaxing as he had expected, he “unravelled” and was admitted to the post traumatic stress disorder unit at the Heidelberg Repatriation Hospital in Melbourne.

He recently finished up as head of mental health and wellbeing strategy at Reuters and wrote a farewell post on the mental health threats faced by journalists, not just in conflict zones but in reporting on violence and death elsewhere, and by those whose governments treat them as the enemy.

It is republished here with Yates’ permission.

I signed off from Reuters as head of mental health and wellbeing strategy this week. I’ve been humbled by the many lovely messages from colleagues I’ve received in the past 24 hours since my departure was announced.

I was proud to help raise awareness of the importance of good mental health at Reuters in the nearly three years I held the role.

I’d like to think I made it a bit easier for folks to overcome the stigma of silence that for so long has been synonymous with being a journalist. That said, my mental health work feels so unfinished. I feel like I just scratched the surface given the stress and trauma I know my colleagues encounter every day.

Many mental health initiatives will continue at Reuters. With the support of Reuters journalists, managers and of course the fabulous Reuters Peer Network, these initiatives can grow.

I’ve learnt during my journey with PTSD that you must take charge of your mental health. Educate yourself. Find out what works for you. Seek control (or a degree of control) over those areas of your life that you can. And get help if you need it — from family, a friend, a peer or a professional. Seeking help is strength, not weakness.

Never have mainstream journalists faced so many threats to their mental health. When I was younger, the frontline was in Baghdad or a natural disaster zone in Indonesia that might take 24-48 hours to reach. At some point, I’d leave and return home. When I was really young, we didn’t know what our competitors had done until the next day.

Today’s journalist seems to live and work on a 24-hour frontline, whether that’s in Washington or Nairobi, Shanghai or Sydney, Moscow or Mexico City: Governments, from democracies to dictatorships, treat journalists as the enemy.

Their supporters spew abuse at reporters via social media. Billionaire media barons have their own agenda. The news cycle is unrelenting. Digital overload has no bounds. In some countries, trauma and crisis are unending. At the same time, news organisations across the world are shedding jobs. The unending mantra seems to be: Do more with less.

I know some journalists think only reporters who cover war or humanitarian disasters should be suffering mental health issues because that’s what they told me. But journalism is a calling that can exact a toll wherever you work and whatever your role.

Take distressing imagery for example. When I was in New York in October, a senior colleague sat me down and showed me a selection of Reuters photographs from recent years that had been burned into his memory. Some were published. Others were not because editors had decided they were too gruesome. I found it hard to look at even the published photos!

And these folks work with this imagery every day. My sense is that vicarious/secondary trauma is at least an equal, if not a greater risk to journalists, than what we would have called frontline trauma in the days of say the Iraq War. That’s because of the sheer number of journalists potentially exposed to distressing imagery and footage thanks to technology and social media.

I was very proud to work for Reuters during the past 26 years, whether in the field, in a newsroom calling a government official or working on a desk editing a story. I loved our reputation for accuracy. I loved the way we threw everything at the big stories.

Working in a team was everything for me: I’ll always remember the drivers in Baghdad who risked their lives every day; the Vietnamese staff who wrote coffee reports one day and covered devastating floods the next; Indonesian photographers and TV staff who captured that amazing country in all its mystery, colour and agony; the graphics journalists in Singapore who showed me there was yet another way to tell a story.

And a special mention to Reuters colleagues everywhere who cover anything that moves a financial market. I worked hard to stay away from those sorts of stories because I didn’t have the nerve. Baghdad, yes. Financial markets, no. I say that because I reckon financial beats are damn stressful and should be recognised as such.

I urge news organisations everywhere to set a simple benchmark for the mental health of all staff and freelancers: Take their mental health as seriously as their physical safety.

You wouldn’t send reporters into a war or conflict zone without a flak jacket and helmet. So, review what your organisation is doing to protect the psychological safety of all your staff and freelancers. News bosses must take the lead on this issue. Make it a top priority. Create mental health roles for people who are passionate and give them clout. Develop strategies. Develop policies. Make good mental health part of your DNA.

News organisations will not deliver stronger journalism over the long term and create better places to work unless news leaders make the mental health of their staff a key pillar of their newsrooms. 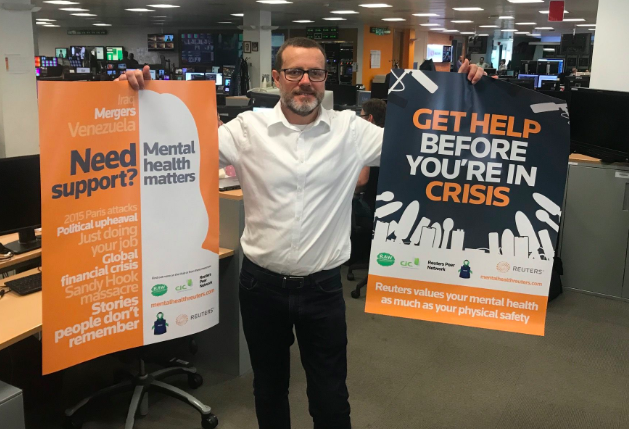 Mentally unwell journalists cannot produce consistently high-quality journalism. It will become even more difficult to hold governments and organisations to account and shine a light in dark corners of the world.

Many Reuters colleagues thanked me over the past few years for trying to make a difference with my mental health advocacy. Thank you for that feedback. It kept me going at times. To the people I’ve worked with over the past 26 years – just over half my life – you will always have my respect and admiration. If I had my time over, I wouldn’t hesitate for a second. I’d join Reuters and do it all again.

To the dear colleagues I worked with at Reuters who were taken violently from this world, RIP: Namir Noor-Eldeen, Saeed Chmagh, Lu’ay al-Jabouri, Sabah al Bazi and Muhanad Mohammed in Iraq. Yasser Faisal in Syria and Harry Burton in Afghanistan. And to all those others I wish I had known who were killed doing their job, RIP too.