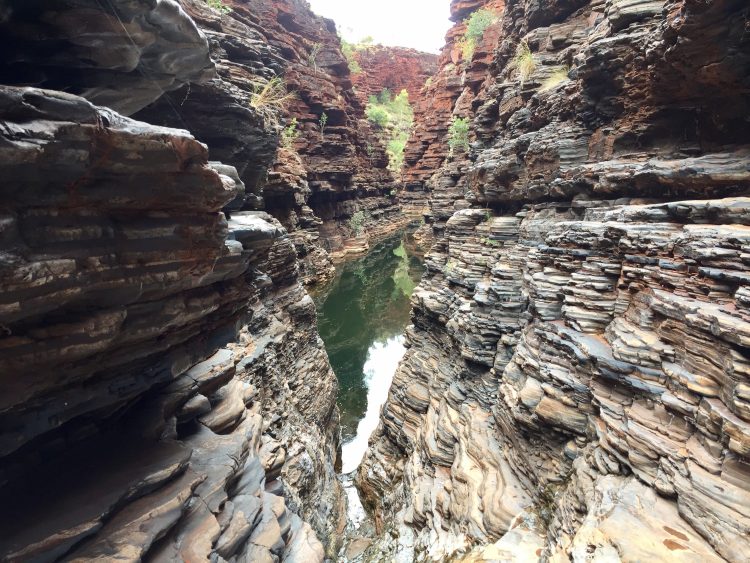 ‘No-gap’ does not guarantee there will be no gap

In her previous post in our #OutOfPocket series, Margaret Faux acquainted us with Section 51(xxiiiA) of the Australian Constitution, which enshrines doctors’ right to set their own fees, regardless of government and other rebates. It’s a provision that makes out of pocket costs (OOPs) for medical care difficult to contain.

Below she explains why a referral to a ‘no gap’ specialist from your GP is no guarantee of a gap-free hospital stay, and how, even if you have advanced detective skills and an IT application, it can be difficult to predict the cascade of care that might lead to costs.

What about no-gap schemes?  Read on to discover how these work, how they sometimes don’t, and how to make the best of our fractured medical billing arrangements.

This will be a game changer, the visiting Business Development Manager told me. We will end out of pocket medical expenses because no-gap specialists will be the default selection from the drop down list.

He then went on to describe the millions of dollars being poured into the product, which I could already see was headed for legal strife (the scant regard for privacy law was frightening – obtaining doctors’ consent to publish their no-gap information had not been considered) and had little chance of success.

I asked him to help me understand how it was going to work because pretty much all specialists are no-gap doctors, but that doesn’t mean they never charge gaps. Silence. But, I went on, let’s say a GP does strike it lucky with a referral to a surgeon who decides to “no-gap” the patient, how will the product deal with the anaesthetist and any other specialists who might be required to see the patient whilst in hospital, each of them independent business owners running their own practices and determining their own fees?

What about radiology and pathology, accommodation, private health insurance excess payments and prostheses, because for patients, a gap is a gap. They no longer care who charged it or what it was for, and whilst I know we are in a post truth world, my decades of experience in this area suggest patients want the absolute truth when it comes to medical fees.

They would therefore need to know that doctors do not have to no-gap a patient if they don’t want to, because they have a right, embedded in our Constitution, to charge whatever they want.

We then discussed GPs, who were the target market for this new database, and I highlighted some of the many things GPs have no control over – they refer a patient to a specialist (say a neurologist) who on refers to another specialist (say a neurosurgeon), how would the product stop the neurosurgeon from charging a gap? And what about in-hospital referrals, referrals through a public hospital emergency department on the weekend, in the middle of the night, the post-operative patient complaining of unbearable pain who ends up having panic disorder and needs first a pain specialist and second a psychiatrist, or the patient who wakes up post operatively unable to move a limb because of a stroke (needing a neurologist, an MRI and rehab), and the list goes on and on.

How would this product cater for these almost infinite variabilities and still communicate key, critically important information to patients about likely OOPs? Or would it become the GP’s job to explain no-gap schemes to patients, and then cop the brunt of patient anger after a well considered referral to a no-gap neurologist from the drop down list ended up costing the patient a fortune?

He left scratching his head, confused and I think unconvinced, but we promised to keep in touch. I pointed him to a few resources that he might consider reading to bring himself up to speed on the history of no-gap schemes, but he didn’t seem interested. I hope the company he works for has stopped wasting its millions, but I somehow doubt it.

A brief history of no-gap schemes

In September 1996 the federal government published its report reviewing the effectiveness of the Health Legislation (Private Health Insurance Reform) Amendment Act 1995 (the Act).

The purpose of the Act was to facilitate contracting between doctors, private hospitals and private health insurers (PHIs). The report concluded that the stated objectives of the legislation had not been met.

The Act had established various contractual arrangements known as MPPAs and HPPAs (Medical and Hospital Purchaser Provider Agreements respectively), and Practitioner Agreements (PAs). Doctors who entered MPPAs would effectively contract out of their Constitutional right to charge as they choose when providing in-hospital services, subject to the specific contract terms. The agreements also enabled the PHIs to pay above the Medicare schedule fee, and the PAs allowed for it all to be wrapped up nicely such that the patient had no OOPs and there would be one single invoice which the PHI would pay.

Unfortunately, by the time the Act came under review, an embarrassingly low number (somewhere between “zero and 100”) of MPPAs had been signed nationally. What was clear was that doctors were united in their opposition to MPPAs, which they viewed as a move towards US style managed care, and a serious threat to both their clinical independence and their right to determine their fees.

A few years later, the Health Legislation Amendment (Gap Cover Schemes) Act 2000 was introduced, which provided a non-contractual alternative to MPPAs. Doctors were happy because the new arrangements were entirely voluntary, allowing them to dip in and out as they choose, without the need to enter formal, restrictive contracts. These are what are known as the no-gap schemes offered by all PHIs today.

Over time, the PHIs have made no-gap schemes more complex, restrictive and difficult to navigate. But of course, where this is leading (which I am increasingly witnessing) is that exasperated doctors, unable to achieve no-gap payments for legitimate claims, are ditching no-gap claiming more frequently and returning to direct billing – and so the OOP cycle starts again.

In responsible medical billing organisations, the first thing that should be done when a new specialist signs up is to register her/him with the PHI no-gap schemes. It is a very important part of the client onboarding process, and is the right thing to do for doctors, patients and the healthcare system.

Doctors do not learn about fees and medical billing during their medical training and need to know about the labyrinthine network of schemes and payment arrangements that are available for their patients.  If responsible medical billers don’t do this for them, their patients will be worse off because without the no-gap option, PHIs can only reimburse up to the lower Medicare schedule fee, and that in turn leads to higher OOPs for patients.

Doctors need to understand that they should register with the no-gap schemes so that they have the option of using them if they want to, but there is no obligation. They need to know the facts and the law, without spin or judgment. Basically, that they have the right to choose how they wish to bill on a patient by patient and case by case basis. My research and experience suggest that almost all specialists elect to use no-gap schemes some or all of the time.

Who should control the money?

The High Court’s interpretation of Section 51(xxiiiA) of the Constitution, sees doctors as small business owners who have a right to control what they charge for their services. But of course, unlike other business owners, doctors have Medicare. So, whilst it’s true that Australian doctors control the costs of their subsided services, it is also true that most doctors make pretty lousy business people who did not go into medicine for the money (they chose medicine not business or commerce), which is not a bad thing.

The alternative would be to have the PHIs controlling medical fees, similar to US styled managed care. Australian PHI’s don’t seem to be able to control costs now so what makes us think they would do any better than doctors? It is also important to understand that the Constitutional provision protects us from having someone else choose our doctors for us. If a PHI were footing the entire bill, they would almost certainly be dictating which doctors we could see.

The realities and limitations of no-gap schemes

No-gap schemes do not guarantee freedom from OOPs. They are simply a way to encourage doctors to minimise OOPs. Most specialists use them some or all of the time, and some don’t use them at all. Because health outcomes are unpredictable and additional, clinically indicated procedures and treatments are often required, it is nigh impossible to predict when and if you might have an OOP to pay when you go to hospital.

Having said that, if you go to hospital and your specialist chooses to no-gap you and everything runs smoothly and does not involve the participation of any other doctor (including an anaesthetist, pathologist or radiologist), you can reasonably expect not to pay an OOP medical expense. However, you still may have an excess, or some other OOP related to the accommodation and operating theatre fees, which has nothing to do with the specialist’s fees.

To keep abreast of OOP costs, it’s a good idea is to ask your specialist (at the time of making your first appointment if possible) if they will use the no-gap scheme for you and, if you need a procedure, whether they are aware of the billing practices of the other practitioners they are likely to work with. It won’t provide an iron clad guarantee, but it’s about as good as it gets, for now!

Margaret Faux is a lawyer, the founder and managing director of one of the largest medical billing companies in Australia and a registered nurse. She is a research scholar at the University of Technology Sydney. Follow on Twitter at @MargaretFaux.Read her previous Croakey articles here.

Bookmark this link to follow our #OutOfPocket series and join us in using the #OutOfPocket hashtag on Twitter.