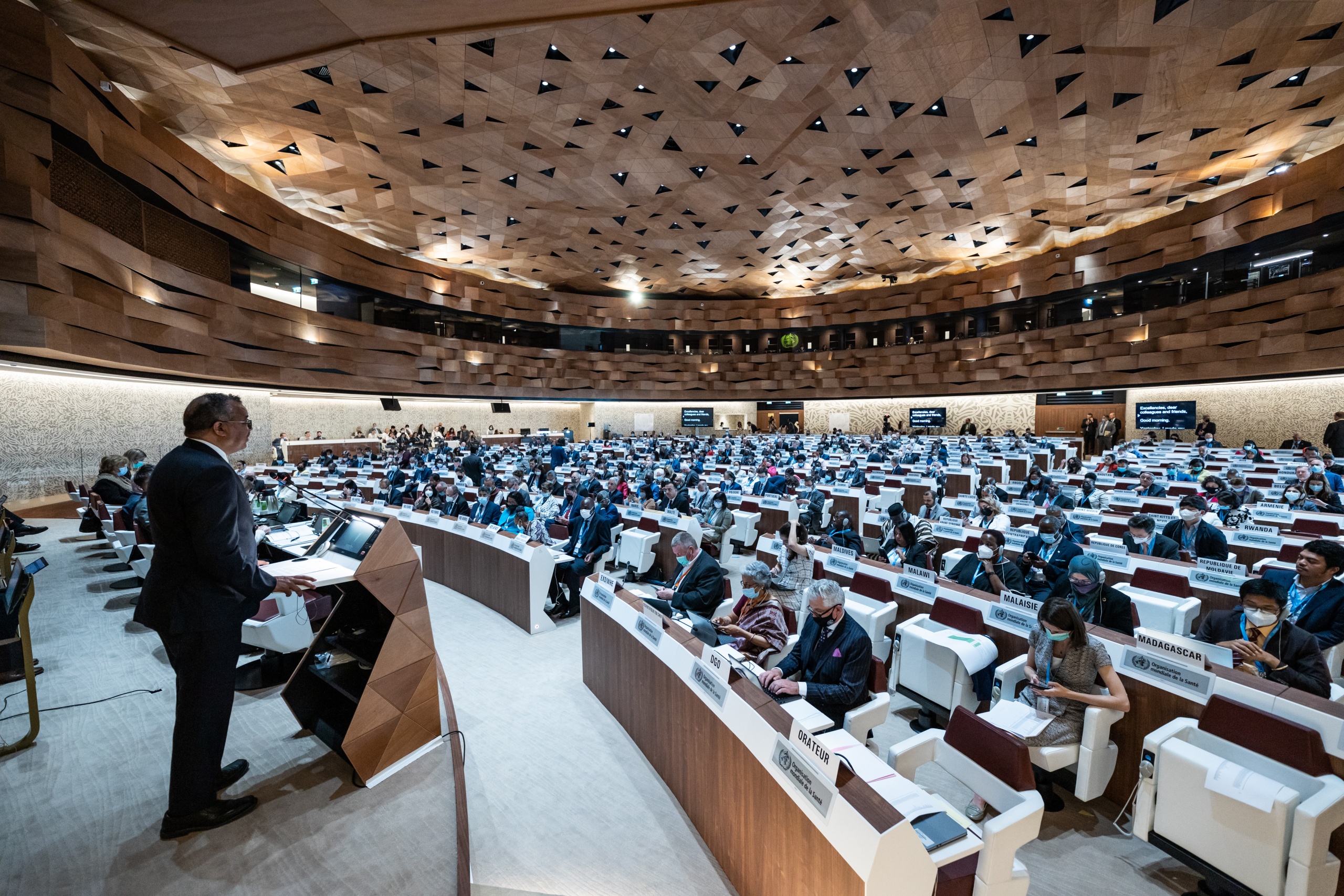 While Australia’s attention has been focused internally on the recent federal election, events on the international stage remind us of the need for global action to address current and emerging health and humanitarian challenges, reports Jennifer Doggett.

This week the World Health Assembly (WHA) of the World Health Organization (WHO) is meeting in Geneva with a series of roundtables and breakout meetings focussed on improving the global response the COVID-19 pandemic and similar future health threats.

On 24 May, WHO Member States re-elected Dr Tedros Adhanom Ghebreyesus to serve a second five-year term as Director-General. He received a standing ovation.

Also on the WHO’s agenda is the recent outbreak of monkeypox, a disease usually only found in West and Central Africa but which appears to have spread to three continents. 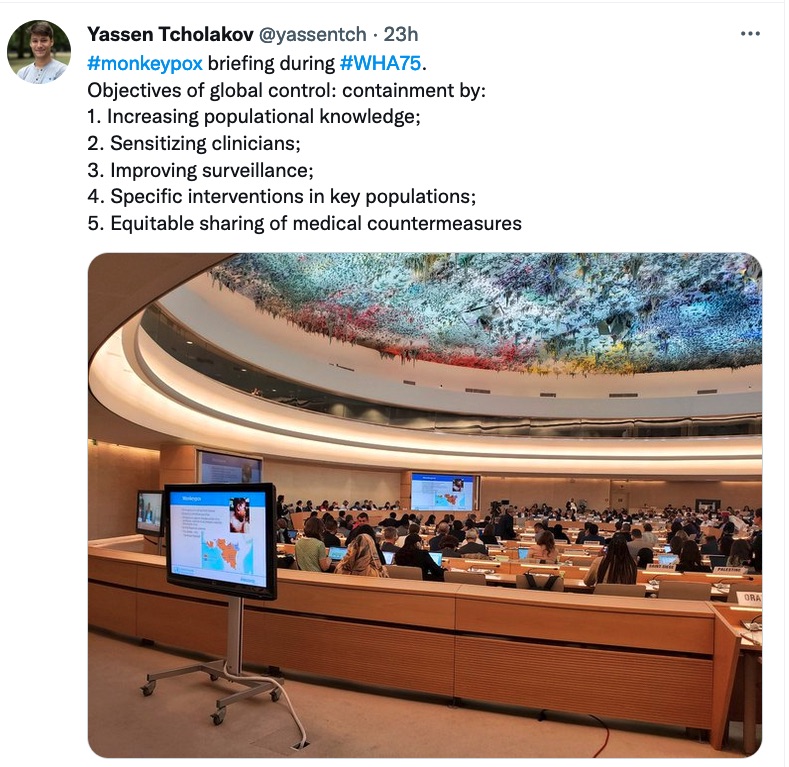 Compounding these already significant global health challenges are increases in the numbers of displaced persons and the ongoing climate emergency.

With the Labor Party’s commitments on climate and an Australian Centre for Disease Control, the public health community will have high expectations that the new Federal Government will strengthen Australia’s role in public health at both the domestic and international levels.

But delivering on these commitments could be a challenge without an adequate public health workforce.

Twelve months on, Weeramanthri has some additional advice for how the incoming Labor Government can strengthen Australia’s public health role on the global health stage.

He believes that Australia should continue to contribute strongly to WHO Western Pacific Region across the whole breadth of public health issues and priorities.

In relation to Labor’s election commitments to establish an Australian Centre for Disease Control and a National Climate Health Strategy, Weeramanthri stresses the need for the Government to take an ‘outward-facing’ approach, so Australia is seen as a trusted partner in Asia and the Pacific.

Weeramanthri, who has just been elected as a member of the World Federation of Public Health Associations (WFPHA) Governing Council, also suggests a refresh of the national COVID strategy, including a commitment to global vaccine equity and the social and commercial determinants of health. 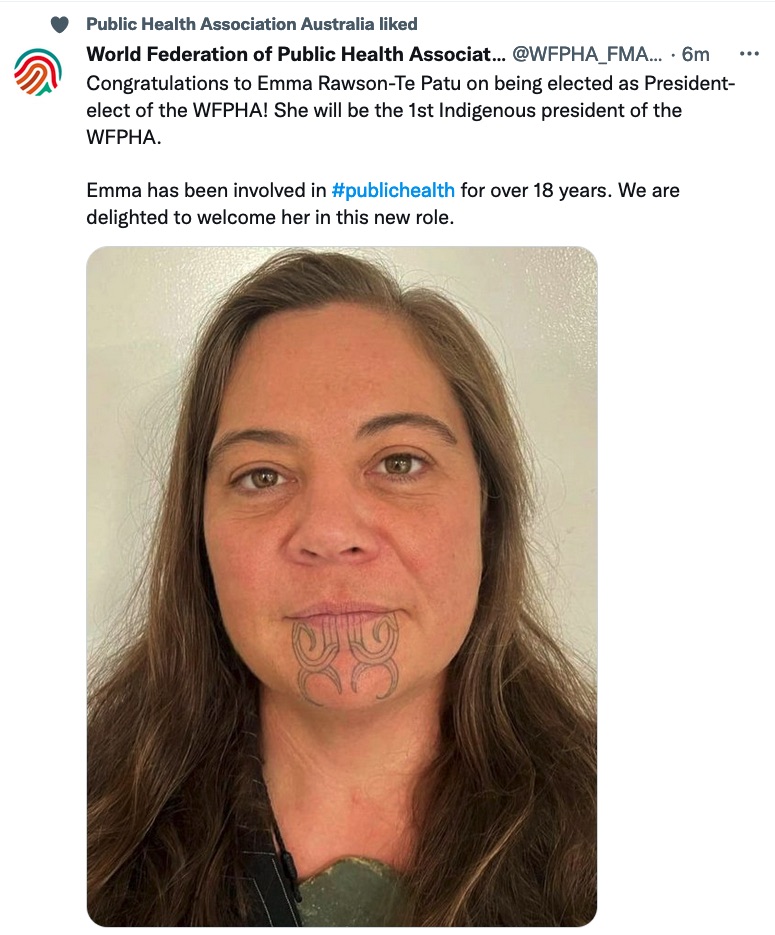 At the 75th WHA, a central focus is the need for improved global governance to strengthen the WHO’s ability to combat COVID-19 and any future pandemics and health threats.

The meeting, in Geneva, Switzerland from 22-28 May, is the first in-person World Health Assembly since the start of the COVID-19 pandemic.

Its theme is Health for peace, peace for health. The event brings together experts from the WHO, partner agencies and civil society to discuss current priorities and next solutions on vital issues for global public health.

Issues on the agenda for #WHA75 include:

In the lead-up to the WHA, the WHO emphasised the need to learn from the COVID-19 pandemic and to develop a stronger and more inclusive health emergency preparedness, response, and resilience (HEPR) architecture for the future.

In a recently released White Paper, the WHO outlined ten proposals to strengthen HEPR, overseen by a new overarching Pandemic Accord, currently under negotiation.

These include the following recommendations for action in the areas of governance, systems and financing:

These recommendations have been informed by a range of sources, including a recent paper developed by the Independent Panel for Pandemic Preparedness and Response (IPPPR), chaired by two former political leaders, H.E. Ellen Johnson Sirleaf, former President of Liberia and Rt Hon Helen Clark, former Prime Minister of New Zealand.

This paper follows on from two earlier reports from the IPPPR which identified a number of weak links at every point in the global chain of pandemic preparedness and response.  These reports argue that political leaders now have both the opportunity and knowledge to stop any future infectious disease outbreaks from progressing to a pandemic.

Their recommendations include action at local, national and international levels, involving both state and non-state actors and focussing on strengthening global surveillance and equitable access to pandemic tools, underpinned by a better resourced and more independent WHO.

In their introduction to the latest report, Sirleaf and Clark wrote:

This can and must be the last pandemic of such devastation. This pandemic requires ongoing highest-level attention even as the world grapples with rising geopolitical tensions, inflation, and the impacts of climate change. Inequities continue, and dangerous new variants could emerge at any time. The deaths of millions due to COVID-19 cannot be in vain.”

The findings from this report will be presented to the WHA this week.

The role of the WHO

One issue under the spotlight at #WHA75 is the future role of the WHO in global health governance.

The White Paper and IPPPR report clearly recommend a strengthened role for the WHO with increased funding and authority, although both also stress the need for transparency and accountability.

Weeramanthri also supports a central role for the WHO as part of a broader plan to strengthen global pandemic preparedness, including a mechanism to learn lessons from COVID-19 to prepare for future global pandemics, and a timeline for revision of the International Health Regulations, greater data sharing and improved surveillance.

“It’s important to boost WHO capacity through more sustained and predictable funding from member states,” he told Croakey.

“This should be linked to strengthened WHO accountability and an agreed organisational reform agenda. The WHO Health Emergencies Program in particular needs to be sharpened, both to deliver greater support directly to countries responding to and recovering from high-level emergencies, and also allow for more integrated action with civil society and humanitarian organisations,” he says.

However, other players on the global health stage have questioned whether strengthening the role of the WHO is the best – or only – option for improving global health governance and future pandemic preparedness.

A recent article in The Lancet has described the White Paper as “an ambitious land grab for power” and referenced criticism from philanthropist Bill Gates about the role of the organisation during the pandemic.

Gates’ book How to prevent the next pandemic proposes the establishment of a new Global Epidemic Response and Mobilization (GERM) team comprising 3000 staff, including epidemiologists, geneticists, vaccine developers and rapid response workers.

He suggests that GERM should be auspiced by the WHO but with a degree of independence enabling it to attract “the best staff possible”.  The estimated budget for GERM is $1 billion a year and Gates has suggested that his foundation could fund the organisation for the first five years of its operation.

The Lancet editorial argues that neither the Gates’ proposal or the responses being considered by the WHO are sufficiently focussed on addressing two key causes and drivers of the pandemic: inequity across societies and in access to testing, vaccines and anti-virals; and the conditions which facilitate the migration of viruses from animals to humans.

Gates’ proposal is not officially on the agenda at #WHA75 but as a major global health donor, his views on the WHO will be on the minds of WHA members as they discuss its future.

Meanwhile, a recent report from the Internal Displacement Monitoring Centre (IDMC) has found that the number of people forced to flee conflict, violence, human rights violations and persecution has exceeded 100 million for the first time. This is over one percent of the global population and equivalent to the 14th most populous country in the world.

These factors compound the existing threats to global health posed by climate change and highlight the urgent need for Australia to play its role in working both domestically and on the international stage to address these challenges.

As the new Labor Government takes office, these global health challenges should be a key focus as they work to respond to the clear call from the electorate (and international community) to improve climate action and move forward with their commitment to implement an Australian Centre for Disease Control.

The new Government can rely on strong support from the health sector on these issues, with significant work already undertaken by groups such as the PHAA and the Climate and Heath Alliance.

However, one challenge is the lack of an adequate Australian public health workforce.

This was noted in the Public Health Association of Australia (PHAA) election scorecard, which found that neither of the three major parties had made a satisfactory commitment to public health workforce investment.

With workforce shortages likely to affect the implementation of other ALP election commitments (for example, in aged care) the incoming Government might need to re-visit the need for an independent health workforce agency, such as Health Workforce Australia, established by the previous Labor government but abolished by the Abbott Government in 2014. 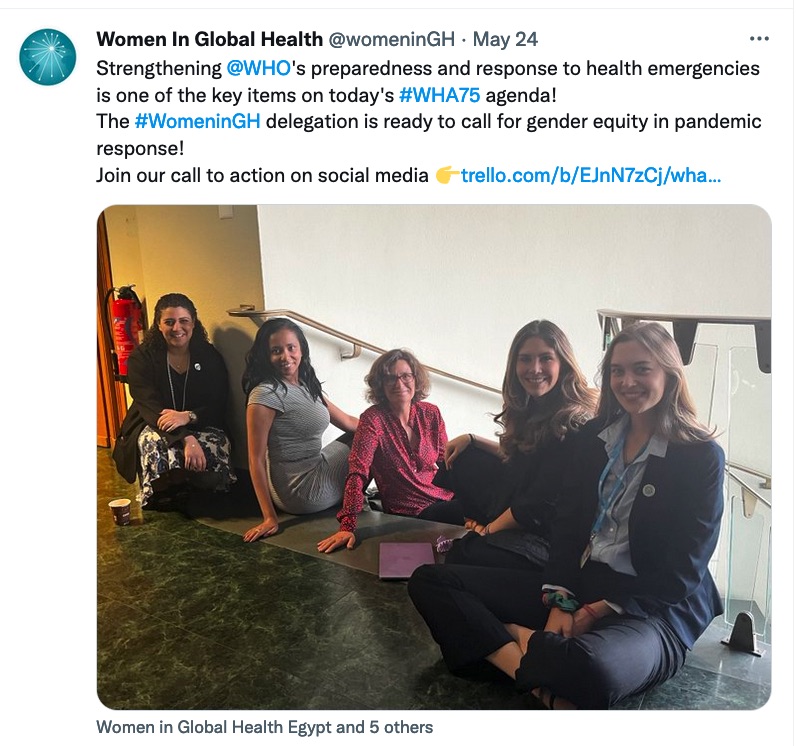 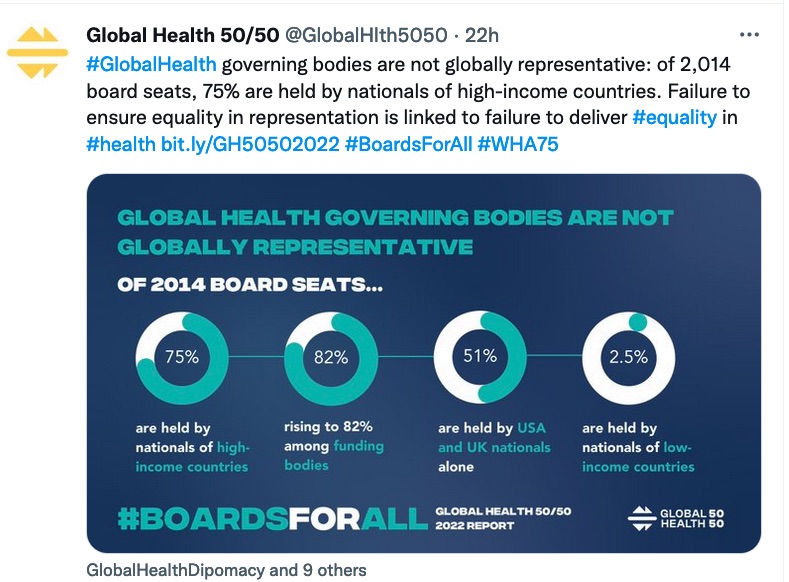 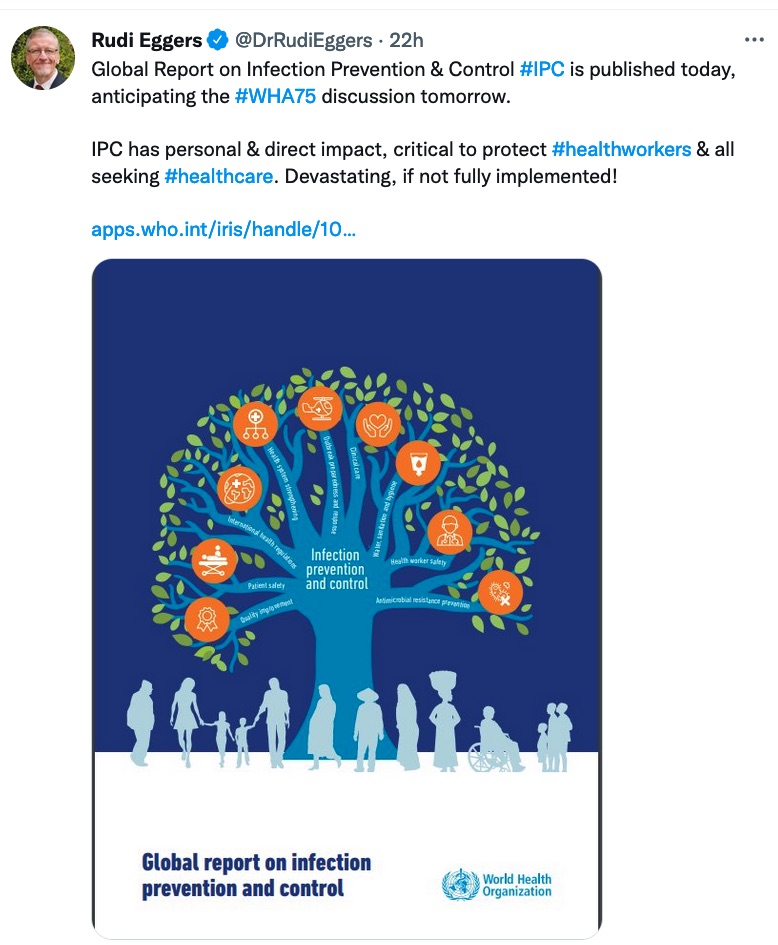 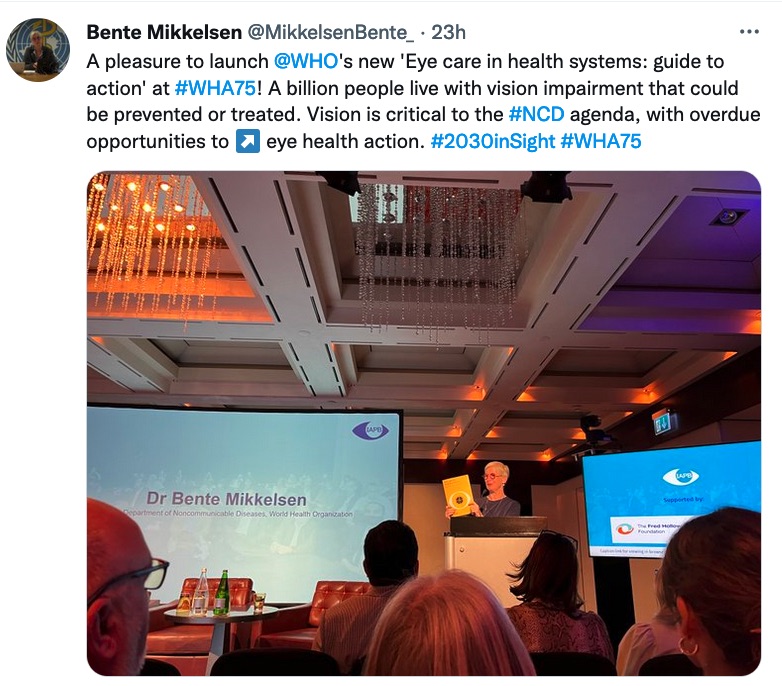 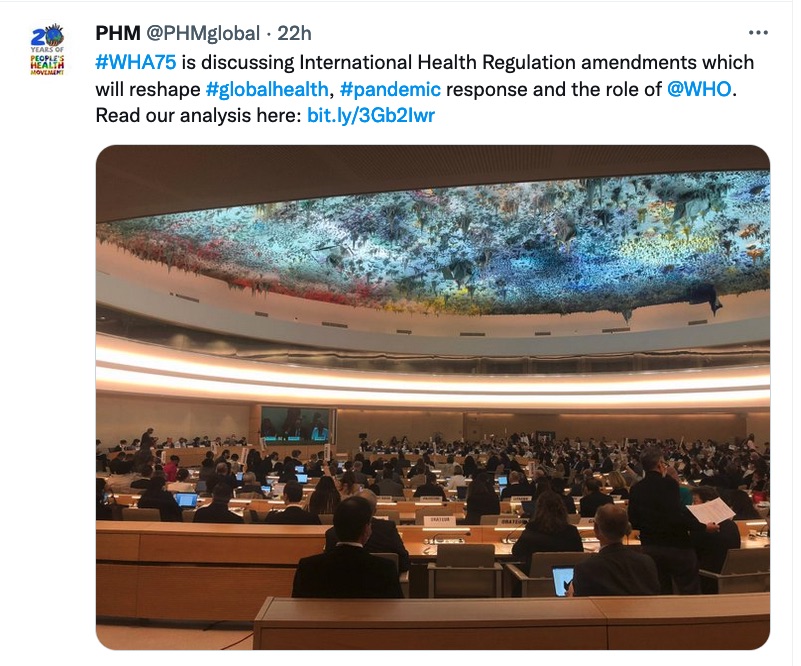 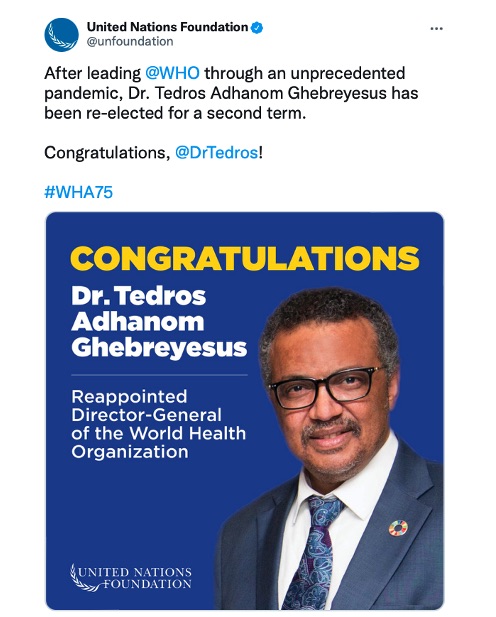 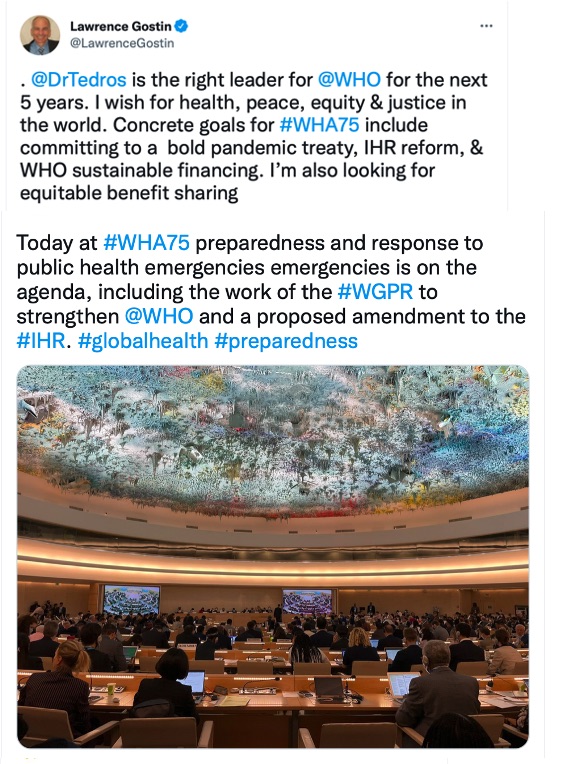 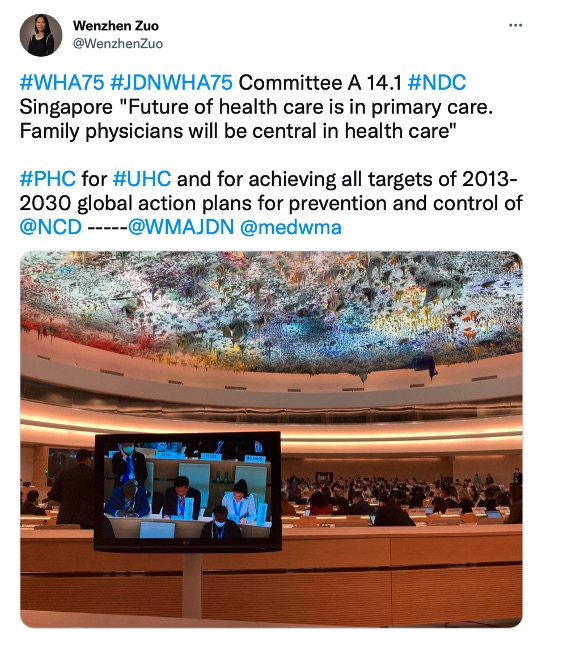 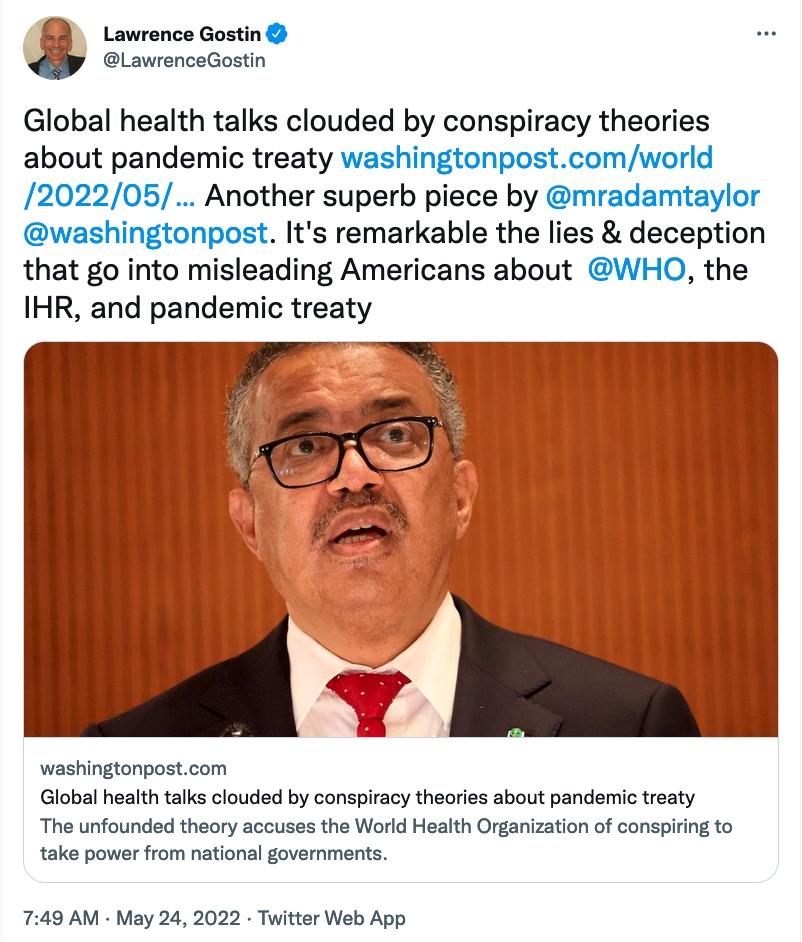 PrevPreviousHow healthcare is going green, with the help of rhinoceroses and other champions
NextThe Election Wrap: a new dawn, but lots of hard work aheadNext