Now this is a “Budget emergency”: the decimation of the public health workforce

Federal budget cuts, together with previous cutbacks by the South Australian Government, will decimate the prevention and health promotion workforce in SA, according to public health experts.

In the article below, Rebecca Tooher, president of the SA Branch of the Public Health Association of Australia, and colleagues outline a bleak future for public health in SA.

Having seen similar concerns raised by public health practitioners from other states on Twitter recently, Croakey is keen to hear from readers whether the SA situation is part of a wider picture.

Much has been written in recent days about the impact of the federal budget on the health system.

Changes to federal state health-funding agreements, including the abolition of the National Partnership Agreement on Preventive Health (NPAPH) and the transition of Medicare Locals to Primary Health Networks, signal a move away from government provision of preventive health services to a much stronger focus on managing illness.

This move seems somewhat paradoxical because much of the growth in health expenditure (and anticipated future growth) is in treating largely preventable non-communicable or lifestyle diseases (NCDs) – cancer, heart disease, type II diabetes and other chronic diseases.

And it is out of step with the rest of the world.

Last year the World Health Organization released its Global action plan for the prevention and control of NCDs 2013-2020, urging governments internationally to tackle tobacco use, unhealthy diet, physical inactivity and harmful use of alcohol as the key factors responsible for cardiovascular diseases, cancer, chronic respiratory diseases and diabetes.

For South Australia, the federal budget changes come as a major blow, hot on the heels of cuts in the state budget in 2013 which saw the loss of more than 50 positions and $10m as the result of the Review of Non-Hospital Services (the McCann Review), the shelving of the state’s Primary Prevention Plan and a range of other decisions.

These changes resulted in the end of State government funding for many health promotion and prevention programs. One consequence (among many) of the McCann review was the closure of the Health Promotion Branch of SA Health; a unit which had, over 15 years, led the state, nation and sometimes the world in its approach to health promotion with a range of policy, program and infrastructure support for a wide range of preventive and health promoting programs.

Now, in 2014, we face the abolition of the NPAPH and the end of more innovative prevention and health promotion programs including OPAL (Obesity Prevention and Lifestyle), Healthy Workers Healthy Futures, and Healthy Communities, and the probable loss of at least another 50 workers. These programs used innovative partnership models with local government, state government and non-government agencies, as well as employers and consumer groups to promote healthier lifestyles and make healthier choices easier.

We know that such programs have a net economic benefit to the community. Healthy workers are three times as productive and take less sick leave. 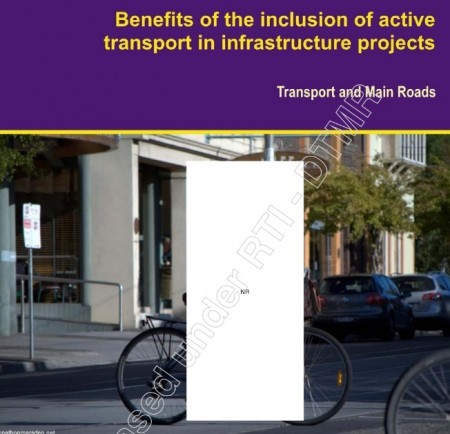 A 2011 report for the Queensland government found active transport choices for commuting to work  (20 mins each way) resulted in economic benefits of nearly $15 per person for cycling and nearly $9 per person for walking.

One of the justifications for the state government cuts to prevention and health promotion was that these services were (or would in future be) provided by the federal government through the network of Medicare Locals and by the services funded by the NPAPH. With the NPAPH scrapped and the new Primary Health Networks focused on clinical care, in essence, neither level of government is providing funding for prevention.

Our question to both levels of government is: who is going to provide these much needed services?

The state budget cuts together with the federal budget cuts have seen an already small and highly specialised workforce decimated. We estimate that the workforce may have been cut in half over the past two years.

Apart from the hardship that unemployment causes for the individuals affected and their families, and the immediate loss of service provision to some of South Australia’s most vulnerable people, the longer-term impact of these changes is a huge, and perhaps irreversible, loss of corporate knowledge and expertise.

Coupled with changes in the budget to unemployment benefits for people under 30 and the increased university debts many emerging professionals will be carrying, we anticipate a brain drain as our best and brightest young health professionals with a passion for prevention and promotion move away from South Australia – and quite likely from Australia altogether in search of a more balanced health system and opportunities to make a difference.

Now that’s what we call a budget emergency.

On related themes, consultant Kristy Schirmer has compiled a handy guide: How to survive the health promotion apocalypse. She writes:

“It feels like we are in the midst of the health promotion apocalypse.  Programs that were once supposed to be significant investments to prevention have been suddenly cut.  Have zombies eaten the brains of politicians and decision makers who fail to see the benefits of investing in prevention?”

The view from Darwin

Meanwhile, Marita Hefler, who is guest tweeting for @WePublicHealth this week from Darwin, is also tracking the impact of the Budget upon the public health workforce…

And the view from Tasmania