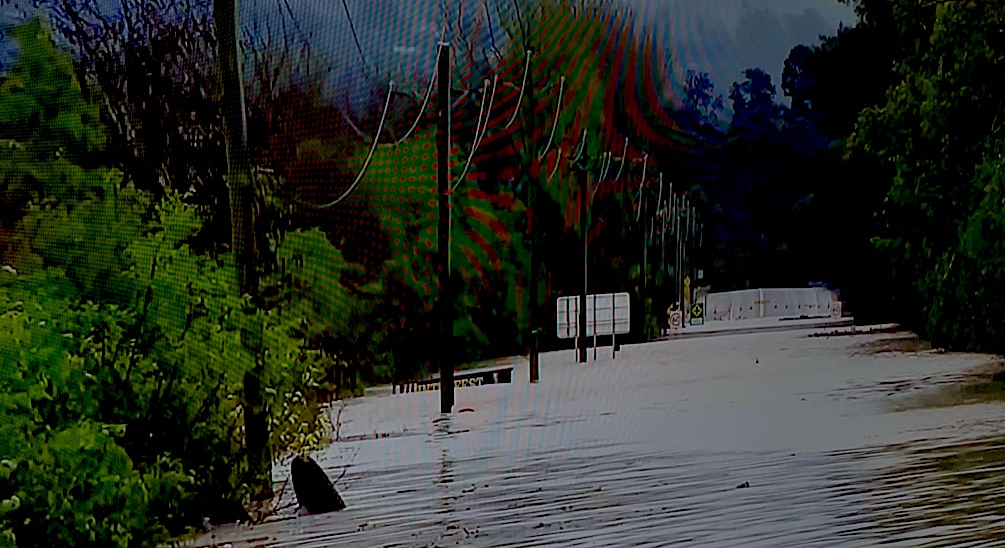 NSW floods: causes, solutions and implications for the emergency services and health workforce

Introduction by Croakey: As record floods again threaten NSW, the need to plan for future flooding disasters has never been more pressing, according to Professor Dale Dominey-Howes, Honorary Professor of Hazards and Disaster Risk Sciences, University of Sydney.

In a piece originally published in The Conversation, Dominey-Howes outlines three urgent responses that are needed, including better funding and support for the State Emergency Service (SES), which is currently largely made up of volunteers.

Dominey-Howes questions whether it is appropriate to rely on a mostly volunteer-run service to provide challenging disaster responses given that climate change is likely to result in more frequent and more serious natural disasters in the future.

The stress on the emergency services workforce reflects a similar situation faced by the health workforce after more than two years of the COVID-19 pandemic and multiple other natural disasters and events.

There is evidence from across the spectrum of the health system that these and other effects of climate change are making health professionals’ lives and work more difficult and may increase workforce shortages in affected areas.

After almost a decade of inaction on climate and health at the federal political level there are promising signs of change. Last week Croakey reported comments from a spokesperson for Health Minister Mark Butler on the impacts of climate change on health and the contribution of the health system to climate change.

“We are making climate change a national health priority area, with work already underway to deliver that commitment, along with Australia’s first National Climate Health Strategy,” the spokesperson said.

Given the current state of the health workforce, it is clear that a central part of this strategy needs to be addressing the multiple ways in which climate change is impacting Australia’s already stressed and depleted health professionals.

Again, thousands of residents in Western Sydney face a life-threatening flood disaster. At the time of writing, evacuation orders spanned southwest and northwest Sydney and residents of the Hawkesbury-Nepean Valley were being warned the crisis was escalating.

It’s just over a year since the region’s long-suffering residents lived through one of the largest flood events in recent history. And of course, earlier this year floods devastated the Northern NSW town of Lismore.

Right now, attention is rightly focused on helping those immediately affected by the disaster. But as the floodwaters subside, we must urgently act to avert a repeat of this crisis.

Obviously, nature is a major culprit here. But there’s plenty humans can do to plan for major flooding and make sure we’re not sitting in the path of disaster.

Causes of the problem

The first driver of this disaster is nature and geography.

For many months now, much of New South Wales has experienced significant rain and associated flooding.

There’s a reason both the Hawkesbury-Nepean and Lismore flood the way they do – geography. Both areas sit in low-lying bowl-like depressions in the landscape.

Lismore sits at the confluence of several large rivers that each drain significant catchments – and so can deliver large floods.

And in the Hawkesbury-Nepean, huge rivers have to pass through a very tight “pinch point” known as the Sackville Bathtub. This slows the flow, causing water to back up across the floodplain.

The NSW Government wants to raise the wall of the Warragamba Dam to help alleviate this problem. But as others have argued, this controversial proposal might not work. That’s because raising the wall will control only about half the floodwater, and won’t prevent major floods delivered by other rivers feeding the region.

The second factor making the current floods so bad is the exposure of infrastructure and housing. In the Hawkesbury-Nepean region, lots of stuff people care about – such as homes, businesses and schools – is in the path of floodwaters.

In an ideal world, nothing would be built on a floodplain. But due to Sydney’s growing population and the housing affordability crisis, local governments in Western Sydney have been under pressure to build more and more homes, despite the known flood risk.

In 2018, more than 140,000 people lived or worked on the Hawkesbury-Nepean floodplain. Due to this large population and the region’s geography, the area has the most significant and unmitigated community flood exposure in Australia.

What’s worse, the region’s population is expected to double over the next 30 years. At the same time, climate change will change rainfall patterns and make severe flooding more likely.

The importance of preparation

The third contributing factor to this flood disaster is a lack of preparedness.

The NSW Government has a strategy to manage the flood risk in the Hawkesbury-Nepean. It includes improved flood warning and emergency response measures, upgraded evacuation routes, recovery planning and a regional floodplain management study.

But given the region’s big, growing population and massive flood exposure, these three bolder and more urgent measures are needed:

1. Get better at urban planning

Local governments, developers and communities must collaborate to agree on smarter land-use zoning – basically, deciding what infrastructure and activities go where. Because let’s be honest: some land just should not be built on.

This is a lesson Lismore has learned the hard way. There’s now a broad-ranging discussion underway about whether the town’s central business district should be moved entirely, and flood-prone riverside land turned over to other uses.

If we must build on flood-exposed land, better building codes and designs are needed. This may mean accepting higher construction costs. It will certainly require tough rules requiring developers and homeowners to comply with planning measures.

And when building new suburbs in flood-prone areas, several best-practice building standards should be adopted. They include:

All too often, flooding cuts off vital access roads and prevents or limits evacuations. More emergency routes in and out of flood-prone areas are needed.

More designated evacuation shelters – accessible to all – are also required.

And it’s crucial people living in flood-exposed areas are aware of, understand and prepare for the risk. This requires community education and engagement – undertaken regularly (such as once a year) and in multiple languages.

For those in the Hawkesbury-Nepean region who want to better understand the flood-risk, check out this valuable resource provided by the NSW State Emergency Service (SES).

Even for those who understand the risks, insuring themselves against the damage may be difficult or impossible. Rising premiums mean insurance is already out of reach for many Australians – and the problem is set to worsen.

The SES is responsible for flood and storm response, and it does exceptional work. But like most government agencies, the SES is being asked to do more with ever tighter budgets.

The organisation is largely made up of volunteers – and that workforce is very stretched.

As a society, we must ask how the SES can be better funded and supported to do the job we ask of them. For example, is it still appropriate to rely on a mostly volunteer-run service to provide such a challenging disaster response – especially as climate change worsens? Or should the SES’s paid workforce be greatly expanded?

This extra rain will fall on already soaked landscapes, further increasing the likelihood of flooding. And the ramifications will extend far beyond affected communities.

Disruptions will be felt in agriculture, supply chains, transport routes and broader state and national economies.

In the longer term, of course, climate change is projected to bring far worse extreme rain events than in the past. The current flood crisis will recede, but the need to plan for future flooding disasters has never been more pressing.