“There is a sense that change is in the air. Climate change is not a far-off problem. It is happening now and is having very real consequences on people’s lives.

But there is a growing recognition that affordable, scalable solutions are available now that will enable us all to leapfrog to cleaner, more resilient economies.”

So, what has changed this past week or so? 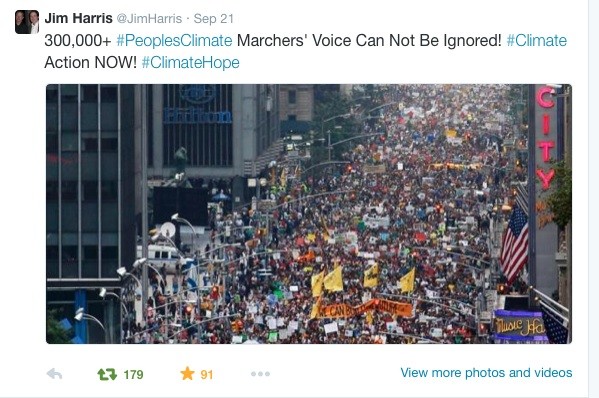 We’ve seen crowds take to the streets in “the largest climate change protest in global history” (see bottom of this post for a selection of #PeoplesClimate snaps).

We’ve seen US President Obama tell the UN that “we are the first generation to feel the impact of climate change and the last generation that can do something about it”.

We’ve seen the significant news that the Rockefeller Brothers Fund is joining the divestment movement, which the New York Times reported as part of a much wider trend.

With the goal that “by 2020, 100 of the world’s largest businesses will have committed to 100% renewable power”, the RE100 campaign will highlight the business and reputational benefits enjoyed by companies who make the commitment to use power exclusively from renewable energy sources. 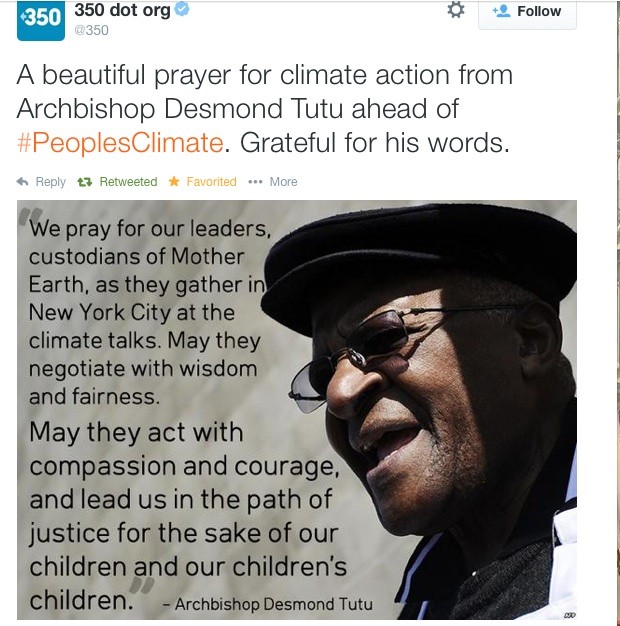 Of course, the sector could do much more. Croakey was surprised to learn that climate change was not one of the five rural health priorities pursued by the National Rural Health Alliance in meetings with MPs this week.

Not surprisingly, the Australian Government is MIA, and PM Tony Abbott’s absence from the UN summit was criticised by Australian health and medical leaders who were there.

“The decision by our Prime Minister not to attend this extremely significant meeting in New York is a slap in the face for the millions of Australians who want effective action on climate change.

The refusal by the Australian government to engage in developing an effective global response to the world’s most significant risk to health by ruling out stronger emissions cuts is effectively saying to children and young people: ‘We don’t care about your future’.”

It’s been a week when poetry moved people to tears (Kathy Jetnil-Kijiner, a 26-year-old poet from the Marshall Islands, addressed the Summit’s opening ceremony).

And it’s been a productive week for satire.

Meanwhile, some snaps from the #PeoplesClimate events around Australia and elsewhere

Rallies and marches were held in Merimbula, Geraldton, Coffs Harbour and many other rural and regional centres – as well as the capital cities. 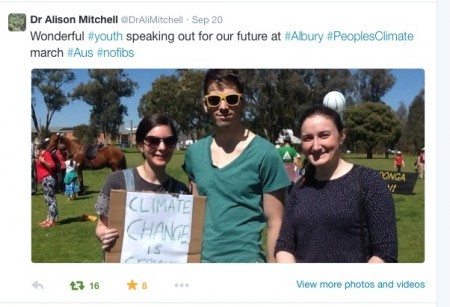 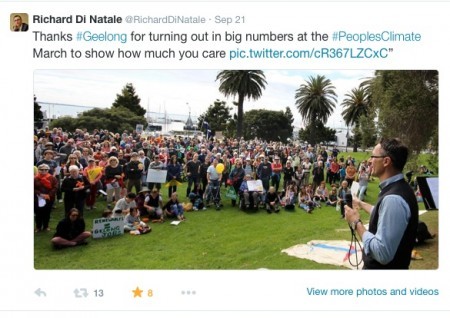 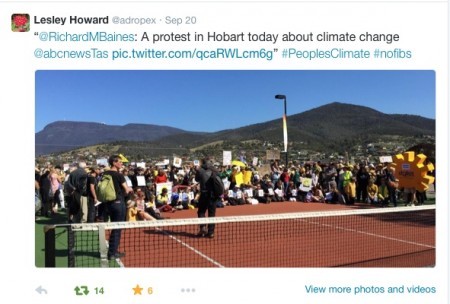 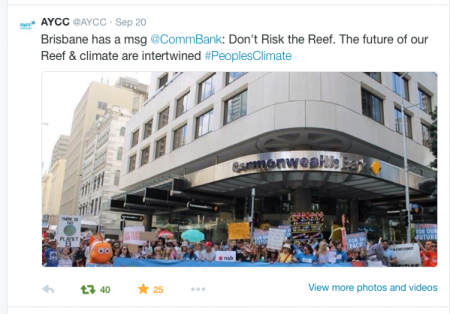 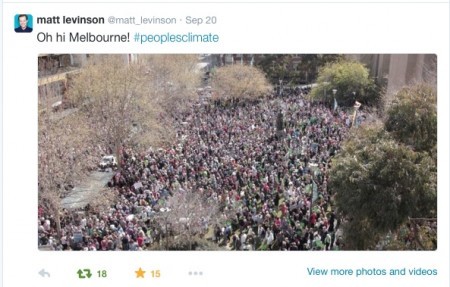 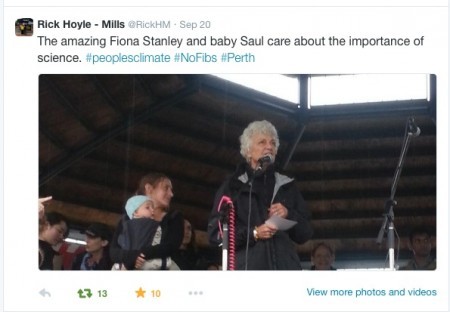 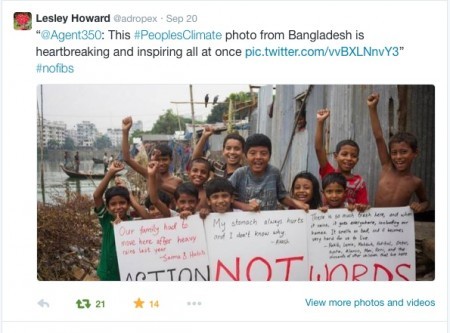 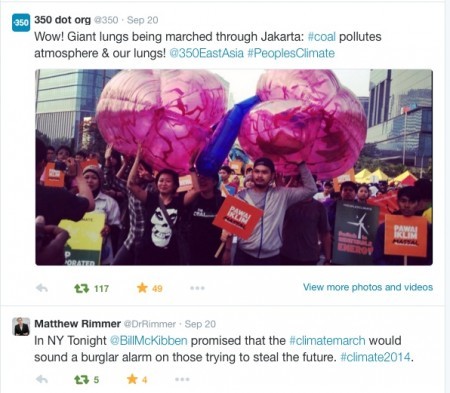 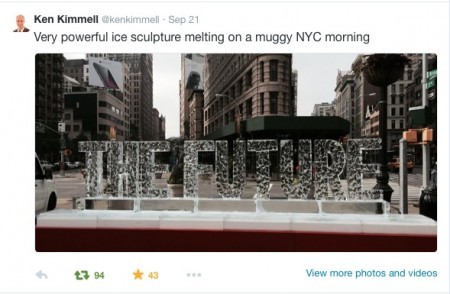 Finally – please consider supporting an important cause and Give Now to the Climate and Health Alliance.

PostScript: While writing this post, I was terribly sad to learn of the death of Professor Tony McMichael. Please read the tributes to his life and work in global public health, particularly the health impacts of climate change.

PrevPreviousWhat will it take to turn the “Ebola Fiasco” into a hot crisis?
NextPaying tribute to Professor Tony McMichael: one of the world’s public health championsNext