Detail from the European campaign poster

On People’s Health Day, tune into this #Health4All Twitter Storm

This Saturday (7 April) is World Health Day, and the World Health Organization has designated the theme Universal Health Coverage (UHC).

However, the People’s Health Movement (PHM) has declared 7 April as People’s Health Day, and around the world there will be protests against the commercialisation of health and social services.

In Australia, Professor Fran Baum, Director of the Southgate Institute for Health, Society & Equity at Flinders University, and a Member of the PHM’s Global Steering Council, will lead a “Twitter hour of power”.

The event, hosted by Croakey News, will be held from 11am-12noon AEST on Saturday – join the conversation by following @baumfran @Croakeyblog and #health4all.

A new survey sounding the alarm about the extent and impact of out of pocket healthcare costs is likely to be a Twitter talking point, Baum and her colleague Paul Laris write below.

There are many examples of action planned globally by the People’s Health Movement, as shown on this interactive map.

In Europe, there will be street protests in many countries including the UK, France, Croatia, Italy, Germany and Belgium. These protests are organised by PHM-Europe as part of the European Network Against the Privatisation and Commercialisation of Health.

Street theatre and other innovative methods of protest will be used. An example was an early mobilisation in Brussels where a group held a temporary occupation of a pharmaceutical company building on 16th March (see this video).

In the Philippines, a picket rally will be held outside the WHO Western Pacific Regional Office in Manila. The rally will focus on the failure of the Universal Health Coverage debate to promote publicly funded health systems, instead promoting private health insurance.

According to one of the rally organisers, Dr Delen de la Paz, it will also ”protest the issue of the government’s neglect of public health facilities, the deterioration of public health systems and the continuing disregard for the people’s right to health”.

So how is this day relevant to Australia?

While Australia does have Medicare, which is a publicly funded scheme based on progressive taxation, its role is being eroded by a creeping privatisation of our health system.

What are the signs that this is happening?

We point to the following:

Australians spend more on out-of-pocket health care costs than the OECD average. A national survey by the Consumers Health Forum (CHF) has found that out-of-pocket costs over $10,000 have become commonplace for patients with breast cancer and several chronic conditions.

CHF CEO Leanne Wells commented: “Australian consumers face higher than average out of pocket costs and this translates into people often avoiding visiting a GP, failing to fill scripts and not acting on a specialist referral due to cost. This shouldn’t be happening in a country with the wealth of Australia.”

While supporters of private health care argue that market choice is good for consumers, the reality is that patients are often in no position to make informed choices, and are often at their most vulnerable and least able to bargain over costs.

A third of respondents to the survey said that out of pocket costs such as junior surgeon fees, anaesthetists and MRI scans were not explained to them beforehand.

The increasing proportion of health care costs falling directly on the individual patient increases inequity in health. The wealthy may be able to afford the extra costs. Others may forgo treatment or proceed and experience the effects of unexpected poverty as a result.

Private health insurance is promoted as a buffer against such risks, yet the reality is that exclusions and underservicing, particularly from private providers under contract to private health insurers, are creating new hidden costs for patients.

Since the 1990s, successive governments have supported a subsidy for private health insurance, which costs us dearly. The annual loss of public funds to industry profits and inefficiencies was estimated in 2012 to be around $1.6 billion.

For comparison, this is greater than the $5.247 billion annual Commonwealth contribution to government schools and is of a magnitude sufficient to cover a national dental scheme or around a third of the cost of a fully implemented NDIS.

Private health insurance is provided in Australia by 34 entities with 70 percent of the market controlled by for-profit entities. Of these, just three, BUPA, Medibank Private and NIB have 64 percent of the total.

As Professor Stephen Leeder has recently pointed out, there has been a steady shift of the costs of health care from the public to the private sector over decades, with a two-tiered health system developing as a result.

Research at the Southgate Institute has raised concerns about the equity impact of the entry of private health insurance in to general practice and primary health care.

To highlight the relevance of the People’s Health Day to Australia, Croakey is hosting an HOUR OF POWER TWITTER STORM, from 11am-12noon on Saturday 7th April, led by Fran Baum.

We hope all PHM affiliates and sympathisers will join in, tweeting loudly that in Australia “Our Health is Not for Sale!” 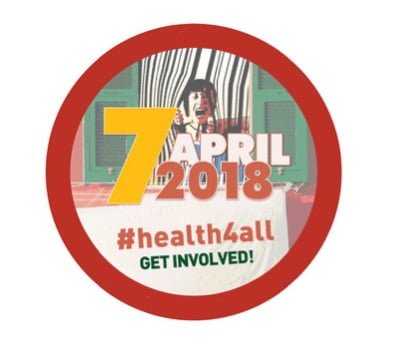