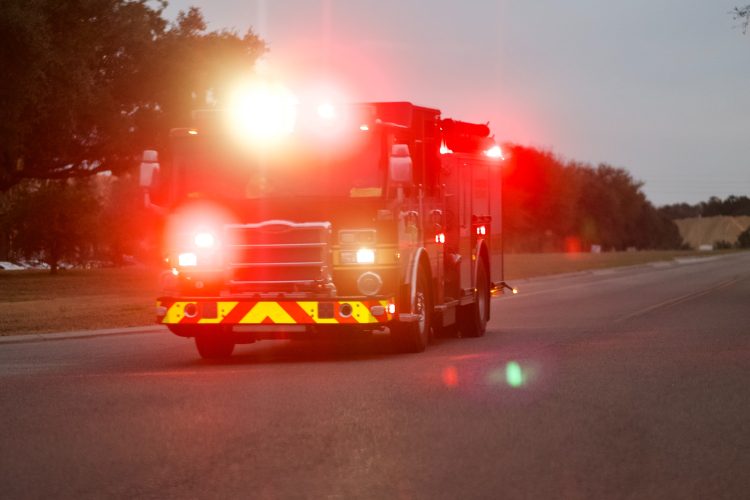 First responders at risk. Photo by Daniel Holland on Unsplash

On the climate frontlines, the emergency responders are cannon fodder

Introduction by Croakey: In the face of a “code red” warning for humanity, the Australian Government has obfuscated, distracted, and dissembled in responding this week to the Intergovermental Panel on Climate Change’s new report.

When fact-checking Minister Angus Taylor’s claims that Australia has a proud record on emissions reduction, The Guardian stated:

Let’s be very clear about the Coalition’s record of delivery. The Coalition repealed a carbon price that was driving emissions reduction. When it did that, it transferred the costs of abatement from polluters to taxpayers. The Government tried to gut the renewable energy target. The lack of a clear investment signal has created significant problems in Australia’s electricity sector.

Much of the emissions reduction the Coalition now claims as an achievement happened when Labor was in government. When Labor proposed a vehicle emissions standard to reduce emissions from the transport sector at the last federal election, Scott Morrison and Taylor characterised that as a “war on the weekend”.

When Malcolm Turnbull pursued a policy mechanism that would have reduced emissions in the electricity sector, he lost the prime ministership. Some members of the National party want the Government (that means taxpayers) to invest in new coal power.”

Meanwhile, Greg Mullins, a Climate Council spokesperson, founder of Emergency Leaders for Climate Action, volunteer firefighter, and former commissioner of Fire & Rescue NSW, warns that “all Australians will pay the price” for the Government’s inaction and “deaf ear to the blaring alarm bells”.

“This IPCC report is one of the last warnings we will get before it’s too late to address deadly climate change. Our Government has a duty to respond like the life-or-death emergency it is,” he wrote in the Sydney Morning Herald.

Below, Queensland emergency physician Dr Marianne Cannon highlights the urgent health issues at stake and asks whether we are contributing “collectively to a moral legacy akin to genocide”.

New global data warning about the death toll from climate change is alarming but true. The toll is here already, in overt form with unprecedented bushfires and smoke-related illness in the summer of last year, and in more covert and lethal forms as well.

More Australians have died from heat since 1900 than from all other natural disasters put together. We have known about the health threats of extreme heat for some years.

Hundreds of them were out all night with their local teams wielding chainsaws last month in Victoria in very difficult, dangerous conditions during a destructive storm, an unusual “east coast low”. They were dodging fallen trees, powerlines and burst gas mains to rescue victims of a ferocious storm.

Like thousands of others, emergency responders faced unimaginable firestorms over a number of summers including in 2019-20. And they will continue to do so, as an act of selfless community minded vision.

They are the glue holding small communities together and make us feel safe when disaster strikes. They are not without fear as they respond to a call out – often in horrendous weather – but they have chosen to put community above their personal concerns for the collective good , modelling courage and collective effort.

In the light of the inevitable and ongoing human health cost in this and other vulnerable groups, the question must be asked: “For how long will our Federal Government, and to a lesser extent the Federal Opposition, allow vulnerable Australians – including first responders – to serve as cannon fodder, an expendable loss, on a warming planet?”.

We know people die, are injured physically, and mentally, including those who put themselves on the line for their communities during natural disasters including heat events.

Disaster management tell us that during most natural disasters it is the vulnerable who are worst affected, whether because they are ill (or young or old) already, because they work outside, lack access to information, or can’t escape an advancing threat.

This is a well-established fact of disaster mitigation, the stage of disaster management and planning where most gains are made: before the event occurs. Quite aside from the immeasurable human suffering and loss prevented for every dollar spent on mitigation, we save $6 in after the fact mop up costs according to the global collective experience, as referenced in the Sendai Framework for Disaster Risk Reduction 2015-2030.

These events are already becoming more severe and frequent, and global warming is an accepted risk multiplier for them. Meanwhile, Australia does not have a strategic plan. Nor does climate change appear on the Australian Health Protection Principal Committee list of future health risks, despite state Chief Health Officers being very concerned indeed – some on the record.

Still, fossil fuel donors interests seem to be the metric by which our Parliament measures its  performance. That they again recently voted down a Climate Change Act, is perplexing, and was met with widespread criticism, including from the federal Australian Medical Association.

Real time attribution of extreme weather events to climate change, as now occurs in the UK at the request of media organisations, is still only an aspiration here. This, despite the summer of 2019-20.

Australians deserve to understand this, as a matter of education and transparency if nothing else. Keeping us in the dark is keeping us ignorant and complacent. A series of false narratives, promulgated by the fossil fuel industry and parts of the media, has generated this ignorance, and it continues today.

It is difficult to imagine that our position is tenable at all, assuming leaders – and those who inform them – understand the timeframes involved. The possibility that they don’t care to understand the urgency, or have beliefs that prevent them from thinking we have agency here has to be a consideration.

Astonishingly, given the bushfires and smoke events that touched us all – as well the time to “tipping point” – the urgency of decarbonisation is still largely omitted from political debate here in Australia.

Tellingly, climate change was outside the terms of reference for the Bushfire Royal Commission, although many organisations reiterated that climate change is a risk multiplier for extreme weather events and their accompanying natural disasters.

If it was merely an inconvenience, not a scientific emergency we could bide our time and wait for the right political “season” to fix it. As many economists have pointed out, we risk being left behind entirely from an economic point of view, but this, it turns out, is the least of it.

As emission reduction laggards, it is becoming clear that we are promulgating extensive biosystem failure, human displacement, increasing natural disasters, food disruption, and heat-related deaths of vulnerable people, here and overseas. Despite international calls for no new fossil fuel developments, the Federal Government has called for investors to drill for gas in Bass Strait fields.

Surely, this is equating to a collective moral legacy akin to that of genocide. Along with the physical mess we will leave our children, they will bear the moral burden of being people whose elders didn’t care sufficiently to force their leaders to commit to a collective effort, preferring to hedge, prevaricate and indeed sabotage until we were forced by others to do our share.

While party driven “political“ explanations for our laggard status abound, it is by any measure, a damaging stance for any country during this emergency, surely damaging our reputation as a nation, inevitably diluting trust on other issues.

It must raise questions about our leaders’ understanding of the irreversibility of biosystem tipping points, moral competence and ability to plan with honesty and vision.

Fortunately, we still have a moment in time to decide if this is what we really want – an abject moral failure, with far reaching catastrophic consequences, or a pathway that prioritises human lives, especially of those who will be affected most.

If COVID has taught us nothing else, we learned that most Australians do care about the vulnerable, and we want leadership from people who use science, and expert opinion to drive policy. Sometimes this takes courage.

Dr Marianne Cannon is an emergency physician with an interest in public health and disaster mitigation and Senior Lecturer at the University of Queensland. See previous articles at Croakey:

What do we need to do next? An emergency physician reflects on bushfires and heatwaves

As a public health emergency escalates, doctors urged to push for climate action.