Home The Croakey Archives Elections and Budgets 2013 – 2019 Federal Election 2019 On the “dire and deteriorating” media landscape, and other post-election reflections relevant to health advocates 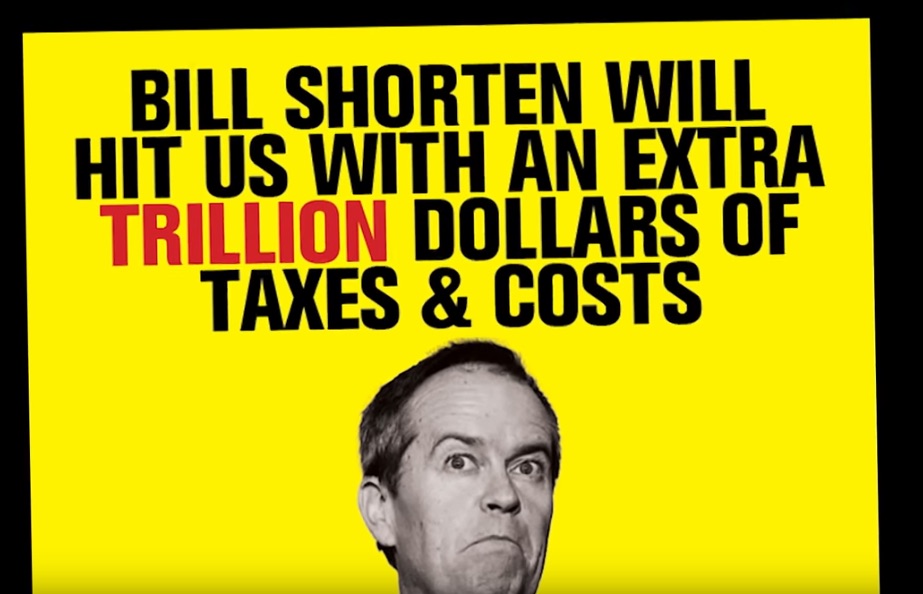 On the “dire and deteriorating” media landscape, and other post-election reflections relevant to health advocates

Introduction by Croakey: Many reflections about the role of personalities, politics and policies are being drawn from the recent federal election results, but some underlying issues around media power merit far wider attention, including from health advocates.

These include the impact of the Murdoch media in creating an environment that is not conducive to public health reforms, especially around climate change and poverty, at a time of crisis for public interest journalism.

Inequities in election campaign spending are also a critical issue for democratic processes, with conservative parties spending four times as much as Labor on election advertising.

Dr Chris Wallace, a Research Fellow at the Australian National University School of History, draws ten lessons for Labor from the recent election, and warns that the “dire and deteriorating media environment” is only set to worsen, and that the influence of “money politics” through election advertising has taken Australia into “banana republic territory”.

“Australia already needed campaign finance laws to stop the purchasing of elections. It needs them even more urgently now,” writes Wallace in the article below, first published at The Conversation under the headline, How might Labor win in 2022? The answers can all be found in the lessons of 2019.

The high tide of analysis concerning the Australian Labor Party’s shock 2019 federal election loss has been reached. It looks like so much flotsam and jetsam with the odd big log – leadership popularity, Queensland – prominent among the debris. Sorting through it, making sense of it, and weighting the factors driving the result really matters. It matters because decisions influencing the outcome of the next federal election will flow from it.

The learner’s error is to grasp onto a couple of factors without considering the full suite, weighting them and seeing the connections between them. What does the full suite look like?

Labor’s Bill Shorten was an unpopular leader, neither liked nor trusted by voters. The shift from Shorten in private to Shorten in leadership mode in the media was comparable to the shift in Julia Gillard when she moved from the deputy prime ministership to prime minister: the charm and wit went missing, replaced by woodenness and lack of relatability.

Shorten accepted advice to appear “leader-like”, creating a barrier Prime Minister Scott Morrison, who sought to directly connect with voters, was not hampered by. “It is often said of democratic politics,” historian David Runciman has said, “that the question voters ask of any leader is: ‘Do I like this person?’ But it seems more likely that the question at the back of their minds is: ‘Would this person like me?’” Morrison passed and Shorten flunked that test.

Shorten generally failed the “theatre of politics”. His suits often looked too big, making him look small. Television footage of him jogging in oversized athletic clothes during the campaign made him look small. Poor production of Shorten in these ways diminished perceptions of him as an alternative prime minister – a professionalism fail that could have easily been fixed but was not.

Shorten was weighed down by frontbenchers in the key economic and environment portfolios who fell well short in the performativity stakes too. The camera is not kind to shadow treasurer Chris Bowen. While he developed serious policy chops, partly through sustained study of Paul Keating’s history as a reforming treasurer of historic stature, he also picked up Keating’s hauteur, but without actually being Keating and able to pull it off.

The arrogance of Bowen’s franking credits policy comment that “if people very strongly feel that they don’t want this to happen they are perfectly entitled to vote against us” was a defining misstep of the Shorten opposition. It made the leader’s job that much harder.

Shadow environment minister Mark Butler is another to whom the camera is unkind. He embodied the soft, urban environmentalist persona that is poison in those parts of Australia where Labor needed to pick up seats. An equally knowledgeable but more knockabout environment spokesperson – Tony Burke, for example – would have been the cannier choice in a “climate election” where regional voters had to be persuaded to Labor’s greener policy agenda.

The maths wasn’t wrong but the models on which the two-party-preferred vote is calculated have been blown up by this election, an event foreshadowed by recent polling miscalls in Britain.

Long-time conservative political consultant Lynton Crosby’s presence in the Coalition campaign has been invisible except for the tiny but crucial, and completely overlooked, detail that the Liberals’ polling “was conducted by Michael Brooks, a London-based pollster with Crosby Textor who was brought out from the United Kingdom for the campaign”.

The Coalition had better polling. Labor and everyone else were relying on faulty polling that misallocated preferences and uniformly predicted a Labor win – false comfort to Labor, which stayed a flawed course instead of making necessary changes to avoid defeat.

The Murdoch media have created an atmospheric so pervasively hostile to Labor that it has become normalised. It contributed significantly to Shorten’s unpopularity and Labor’s loss. Its impact is only going to get worse with Australia’s nakedly partisan Fox News-equivalent, “Sky After Dark”, extending from pay-TV to free-to-air channels in regional areas.

Lesson: Labor has to be so much better than the Coalition to win in this dire and deteriorating media environment. It needs a concrete plan to match and/or neutralise the Murdoch media’s influence.

Labor failed to win support in resource-rich states where it needed to pick up seats to win, and suffered a big fall in its primary vote in Queensland.

There is a danger of this being overplayed as a factor since, in fact, not much really changed at this election: the Coalition has two more seats and Labor two less seats than in the last parliament. Further, there are nuances to be engaged with even in hard-core resource areas. More Queenslanders, for example, are employed in the services sector in industries like tourism than are employed in the coal sector; and Labor has a strong tradition in Queensland and is capable of renewal.

The concerns of both sides need to be woven into a plausible policy path forward, with opportunities for different, deeply-held views to be heard and acknowledged as part of the process.

Lesson: Develop “ground up” rather than “top down” policies that integrate diverse concerns without overreacting to what was actually a modest change in electoral fortunes.

Labor’s advertising campaign was complacent, unfocused and completely failed to exploit the leadership chaos and chronic division in the Coalition parties for the previous six years. Why? Labor’s decision not to run potent negative ads on coalition chaos in parallel with its positive advertising campaign is the biggest mystery of the 2019 election – naive in the extreme. It left Labor defenceless in the face of a relentlessly negative, untruthful campaign from the other side.

Lesson: Have brilliant ads in a sharply focused campaign that doesn’t fail to hit your opponents’ weaknesses.

Along with the hostile media environment created by the Murdoch press, the unprecedented spending gap between the Labor and anti-Labor sides of politics and its role in the Coalition win has passed largely unremarked.

The previous election was bought by Prime Minister Malcolm Turnbull with a $1.7 million personal donation that boosted Coalition election advertising in the campaign’s crucial last fortnight. That now looks like small beer next to the 2019 election’s anti-Labor advertising spending (approximately $80 million when one adds the Coalition’s $20 million spend to the Clive Palmer-United Australia Party spend of $60 million-plus). This is four times the size of Labor’s $20 million ad budget – a huge disparity.

Palmer’s gambit, which creates a friendly environment for him to gain regulatory approval for a Queensland coal mine vastly bigger than Adani’s during this term of parliament, takes Australia into banana republic territory in terms of money politics.

Lesson: Australia already needed campaign finance laws to stop the purchasing of elections. It needs them even more urgently now.

Misleading polling showing it was persistently ahead gave Labor false comfort pursuing a “big” policy agenda – that is, making policy offerings normally done from government rather than opposition. If everything else goes right in an election, and with a popular leader and effective key supporting frontbenchers, this may be possible. That was not the case in the 2019 election.

Lesson: When in opposition, don’t go to an election promising tax changes that make some people worse off. Save it for government.

9. Green cannibalisation of the Labor vote

The primary vote of the Labor Party (33.5%) and the Greens (9.9%) adds up to 43.4% – a long way off the 50%-plus required to beat the conservatives. For a climate-action-oriented government to be elected in Australia, Labor and the Greens are going to have to find a better modus vivendi.

They don’t have to like each other; after all, the mutual hatred of the Liberals and Nationals within the Coalition is long-standing and well-known. But like the Liberals and Nationals, though without a formal agreement, Labor and the Greens are going to have to craft a way forward that forestalls indulgent bus tours by Green icons through Queensland coal seats and stops prioritising cannibalisation of the Labor vote over beating conservatives.

Lesson: For climate policy to change in Australia, Labor and the Greens need to strategise constructively, if informally, to get Labor elected to office.

10. Every election is winnable

Paul Keating won an “unwinnable” election in 1993 and pundits spoke of the Keating decade ahead. John Howard beat Keating in a landslide three years later, despite being the third Coalition leader in a single tumultuous parliamentary term.

Morrison won the 2019 election despite internal Coalition leadership turmoil, political scandals and a revolt of the party’s women MPs against the Liberals’ bullying internal culture.

Lesson: Every election is there to be won or lost. Take note of Lessons 1 to 9 to do so.

• Dr Chris Wallace is a Research Fellow (ARC DECRA) at the School of History, ANU.