On the edge: #ACEM18 to put a spotlight on doctors’ mental health

Doctor burnout and medicos’ mental health will be one of the headline issues at the annual scientific meeting of Australian and New Zealand emergency doctors in Perth next week.

Themed ‘On the Edge’, the ACEM conference promises to pack a punch, presenting the latest in shark bite management, resuscitation science, sepsis and pain relief, with a healthy dose of skepticism, time travel and “clinical inertia”.

The conference comes amid intense discussions about medical cultures in recent weeks, prompted by a senior Australian medical specialist’s recent revelation that he had stayed silent for 30 years about trying to kill himself as an intern.

Professor Steve Robson, President of the Royal Australian and New Zealand College of Obstetricians and Gynaecologists and a member of the Australian Medical Association Federal Council, described his personal history in an article titled: Learn from me: speak out, seek help, get treatment.

“It is absolutely vital that each and every one of us is honest and acknowledges the pressures and strains of our profession; that we see mental health issues not as sources of shame, but as potential occupational hazards that put not only ourselves at risk, but the patients we care for,” Robson wrote in MJA Insight last month.

“I should have spoken up sooner.”

Robson’s article generated an enormous response – including a powerful follow-up revelation by his former colleague Dr Kate Tree that it had been no accident when she knocked on his door all those years ago, interrupting his suicide plans.

What he had assumed for 30 years was a life-saving coincidence, she revealed as a deliberate intervention born out of concern for his mental state.

Doctors face compassion fatigue, emotional burnout, vicarious trauma and workplace bullying – while working in situations that make it challenging for them to reach out for social support or medical help, in competitive environments that promote rather than discourage maladaptive perfectionism.

We take bright caring young people then subject them to institutional traumatisation and see who survives.”

Meanwhile in Perth next week, Ken Milne, the Chief of Staff at South Huron Hospital Association in Exeter, Ontario, will also focus #ACEM18 delegates on the importance of better support for doctors’ health and wellbeing.

“As an emergency physician, we are on the edge of life and death, but we are also on the edge of being healthy and well,” Milne told the conference organisers ahead of his presentation.

“Our work can take a personal toll, so we need to look after ourselves so we can always be on the top of our game when it comes to looking after our patients.”

Milne is also passionate about skepticism and critical thinking. He is the creator of the knowledge translation project, The Skeptics’ Guide to Emergency Medicine.

Milne describes emergency medicine as one of the few specialities where the statistical cost benefit measure known as Number Needed to Treat (NNT) is one.

“We can help every single person we come into contact with because we are on the edge of the healthcare system,” he said. 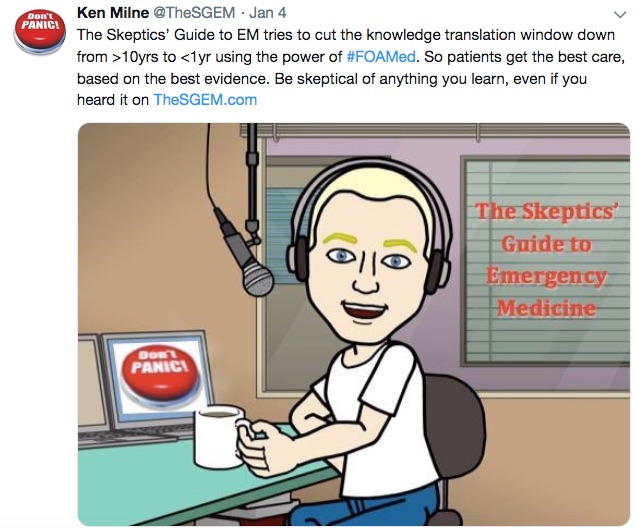 The annual meeting returns to Australia’s west coast after a 15-year hiatus, to celebrate ACEM’s 35th anniversary as a specialty. For convenors Dr Peter Allely and Dr Ian Rodgers, there couldn’t be a more fitting location.

“The College was pretty much formed in Perth, the first president of the College was from Perth, so it’s almost like it’s coming home,” said Allely.

Adds Rodgers: “All of our founding fathers are still with us, every president of the college is still alive and will actually be there at the meeting. It’s going to be quite a reflective occasion.”

Though a bit of good-natured sport about the location – Perth is second only to Honolulu as the most isolated city on Earth – the conference theme hopes to capture something of the essence of what it means to work in emergency medicine.

“Patients that are on the edge of society, physiology that is at the extremes… but ‘on the edge’ also applies a little bit to us and the effects it has on us and how we work,” says Rodgers.

“Although we have put a strong emphasis on science in the meeting, we’ve really tried to bring the science to the fore, you will also see a lot of stuff which is what I call almost postmodern emergency medicine.

“It’s not about patients directly, but the people that are caring for patients, things like physician burnout and wellness.”

Other keynotes will range from artificial intelligence and machine learning in the emergency department (Dr Martin Than, NZ), through to the very human dimensions of uncertainty and resilience (Dr Eillyne Seow, Singapore).

Dr Anna Holdgate, senior staff specialist from Sydney’s Liverpool and Sutherland Hospitals, will reflect back on a distinguished three decades in emergency medicine, looking at interventions and approaches that have come and gone (and sometimes come again) in the field.

This theme will be expanded upon by Dr Diana Egerton-Warburton in the Tom Hamilton oration, where she will reflect on how the specialty has evolved beyond the mere training of specialists to embrace a broader advocacy role at both community and political levels. 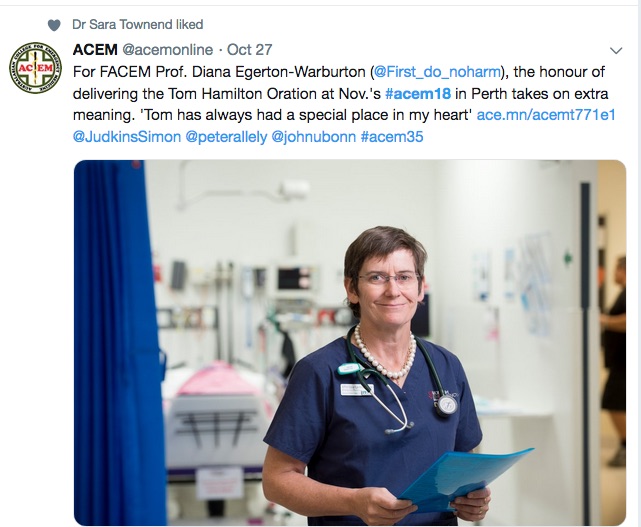 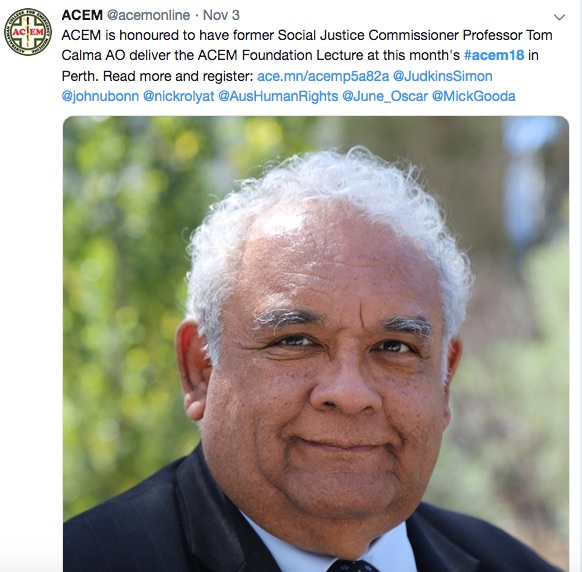 Rodgers said the College prided itself on its social conscience and progressive views, the nature of emergency medicine being “that you see all the bad things that happen in society and the things that go wrong in the health care system”.

In a break with the conference tradition of a politician officially opening proceedings, the team opted for Noongar elder Barry McGuire’s Welcome to Country to be accompanied by something a little different in Perth.

What does it mean to be on the edge?

Emergency physician and acclaimed Dustfall author Dr Michelle Johnston will open the conference with a multimedia session themed ‘Stories from the Edge’. Rodgers says this will feature “patients or carers who are on the edge, because of their age or their ethnicity or their socioeconomic situation”.

“It’s intended to be thought-provoking, even provocative, about what emergency medicine is about and why we do it.”

For Johnston, the edge means different things: the emergency department’s place in the hospital and the health system, the populations it serves and the nature of the work and technology.

“There will be a story that perhaps people have not quite heard before, or in the way they’ve heard it told,” says Johnston. “Our story, and how we came to be where we are today.”

In a bid to highlight some of the cutting-edge research coming out of Australian and New Zealand EDs, every morning session of the conference in the main auditorium will begin with one of the best six scientific papers as judged by the conference committee.

These will cover a range of topics, including resuscitation and cardiac arrest management, use of virtual reality and other techniques in reducing distress for children undergoing cannulation or insertion of a nasogastric tube, and the use of arterial fist compression versus tourniquet to stem bleeding from a shark bite, which Rodgers said “couldn’t be more topical” following a recent spate of shark attacks.

Courting the unconventional, there will be two sessions for controversial ideas – a formal Provocative Thinkers session where Rodgers said subjects will include time travel in the ED and deliberate clinical inertia or “the medical art of doing nothing… not intervening because we can, waiting to intervene only if we need to”, as well as an open mic Dangerous Ideas panel.

Organisers expect at least 900 delegates to attend over the five days of the meeting, exceeding last year’s popular Sydney event, with a focus on attracting trainees and junior doctors.

• Join the conversation at #ACEM18, follow @coopesdetat and @acemonline for tweets, and bookmark this page (once you have a link) for our stories, videos and more.  See our report compiling Croakey Conference News Service coverage of last year’s event.