On the “two worlds” of Indigenous knowledge and Western science 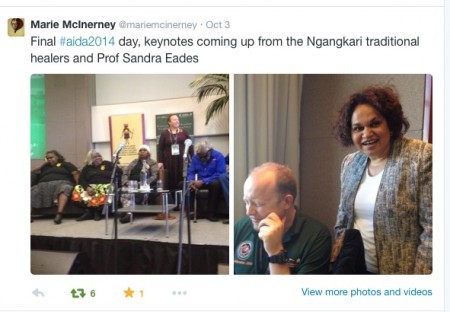 Current and future Aboriginal and Torres Strait Islander doctors and medical scientists have been urged to ensure their “two worlds” of Indigenous knowledge and Western science converge across their professional lives, from high level research through to  community health care.

Leading public health researcher Professor Sandra Eades – a Nyungar woman from regional Western Australia who last year won Best Research Publication from the Medical Journal of Australia – said she had grown up with people who would not be recognised as scientists, but who were highly skilled in botany, meteorology and other scientific understanding.

“I think part of my love of science and thinking about systems and the way things hold together has come from growing up with scientists, people who deeply understood the ecology of the world they came from and the transition they made by beginning to hold two worlds together,” she told the 2014 Australian Indigenous Doctors’ Association (AIDA) conference.

“What we usually do is we keep those worlds separate,” she said. “We go to one set of meetings and talk that language and mostly at home or in our communities we speak another language. We don’t often find our places, meetings where can bring the worlds together. “

Eades was one of a number of keynote speakers to address the conference theme: Science and Traditional Knowledge: Foundations for a Strong Future. 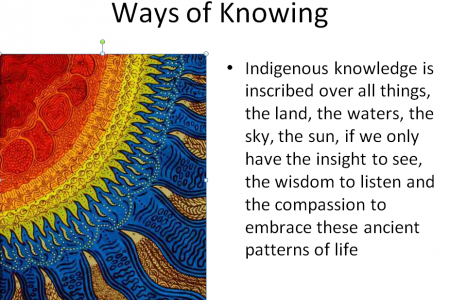 “We still have a third space which I think is misunderstanding of what Indigenous Knowledge and Indigenous people and Western science are all about, and in it we put a mile of rubbish: myth, legend, stereotype, racism, discrimination.

“There clearly is something missing: the combination of an Indigenous knowledge base with a Western science perspective. “

“Increasingly science points to importance of spirituality to health, of cultural value systems, these powerful allies in recovery, particularly for things like grief and trauma,” she said.

Milroy looked at the myriad of Aboriginal and Torres Strait Islander understandings and practices that are now being backed up by modern science and practice, including:

She said: “There was no concept of an orphan in Indigenous society which means our attachment systems were in fact very safe. Parenting was about responding to children’s cues, that’s how it’s now taught. Neuroscience now supports what we have always done”.

She cited the best practice and best evidence elements of the Wharerata declaration on the development of indigenous leaders in mental health:

She said: “Wise practice is about old and new, clinical and cultural, being outcome focused on a variety of measures  that don’t just look at health indices, and an understanding and meaning that provides the opportunity for personal and professional commitment.” 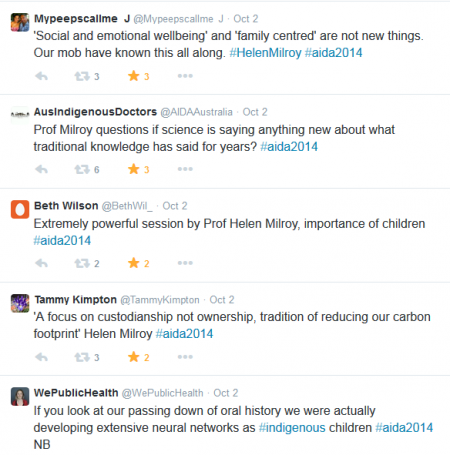 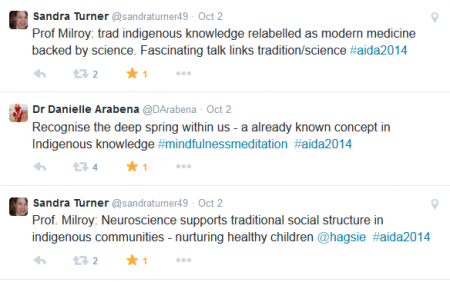 Indigenous doctors have to lead the way

Adjunct Associate Professor Mark Wenitong said it was a critical time in the health system for Indigenous doctors and medical scientists to not only think about the role of Indigenous knowledge in their practice and in the ways they influence the rest of the health system, but to take a leadership role on behalf of those who have less power.

“Whether you like it or not, you have intuitive values that are Indigenous knowledge, that’s your frame of reference,” he said.

“Quite often we practise within a system that doesn’t allow us to actually really fulfil a lot of things we know we should be doing, and this hits the road a lot more significantly for people like Aboriginal health workers who are much less empowered in the whole system.”

It was too easy, he said, “to keep our colonised minds. What’s driving the narrative also drives the policies. It’s really important that we take ownership of the narrative so we get policies that really do work for us.

“We need that balanced view that validates both the medical science and the cultural approach. We’ve got to get the narrative right and map that great methodology with what we know as Indigenous people a lot more, we’ve got to publish a lot more.’

Wenitong said a number of Indigenous researchers and practitioners had been leading the way for some time, including Professors Milroy and Eades, plus:

Wenitong said the Apunimpima Cape York Health Council, where he is Senior Medical Officer, had established an Indigenous Leaders Group to ensure the service (which has 150 staff, 70 of whom are Aboriginal and Torres Strait Islander people) “really is community controlled”. It was documenting its work to share with other organisations.

He’d been surprised that the organisation was not “hitting it” as well as it should, and that even some internal policies and processes “stop staff from doing their black stuff”.

Some health workers reported that they felt they had to “leave our culture at the front door”.

It was not just that cultural knowledge was not being valued by other staff, it was themselves thinking it was not valuable, he said. “That’s a colonised mind.” 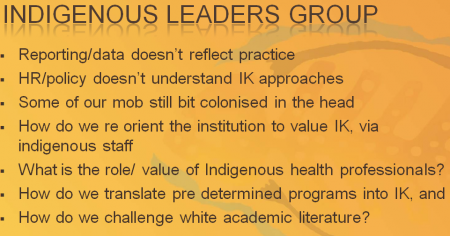 Below are grabs from his slides on: “Our role as black scientists”. 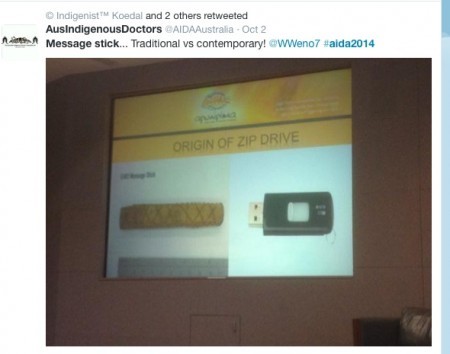 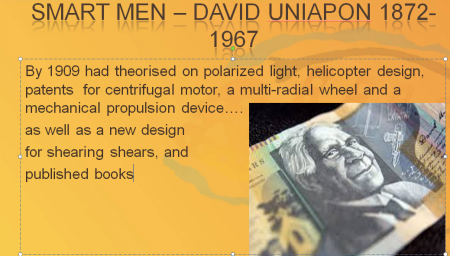 One place where the two worlds of knowledge converge is in the remote Ngaanyatjarra, Pitjantjatjara and Yankunytjatjar (NPY) lands, where the Women’s Council runs the only funded Ngangkari traditional healing program in Australia.

Five of the Ngangkari – Maringka Burton, Josephine Mick, Toby Baker, Clem Dalby, and Tinpulya Mervyn – delivered a keynote at the AIDA conference, describing (through translator Linda Rive) how they worked with Aboriginal communities across Australia and with mainstream health clinics among their own people.

Here are some of their insights:

“In our community we have a lot of ill-health: sometimes the people who may be the sickest are the quietest. We keep a close eye on them. We look after everybody, not just everybody who asks.”

“We really take care of children, especially when they get injuries when they play. We use puuni, the blowing breath treatment, it does immediate good as pain relief. The treatment we give never opens the skin. Once we’ve done the treatment, we take them to the clinic.:

“Our work is to put people right by harmonising their Kurunpa (spirit). I have many grandchildren and great grandchildren…some of them are showing great promise to be Ngangkari in the future, ensuring Ngangkari have a future.”

“It’s the first time in history for a program where the Ngangkari are paid to work. It is working. We have become a very strong team and our work is very diverse. We have recently been focusing a lot of attention on mental health problems.

“We are very valued in clinics. Doctor, nurses like what we do, makes their work easier, more effective, reduces the number of people who have to come in. We often get referrals to go to Adelaide, Alice Springs, Coober Pedy, Port Augusta.” 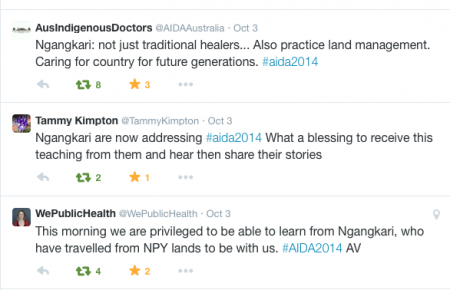