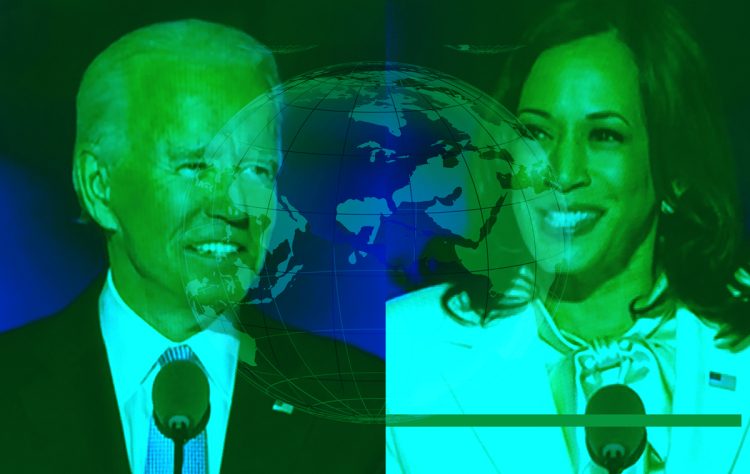 On the United States election, and ways forward for global health

President-elect Joe Biden and his team have a full plate when it comes to health policy for the United States, in dealing with the pandemic as well as threats to the Affordable Care Act.

However, a Biden-Harris Democratic Presidency also has the potential to make a real difference for global health, says Sharon Friel, Professor of Health Equity and Director of the Menzies Centre for Health Governance at the Australian National University.

In the briefing note below for the incoming President and his team, Friel makes wide-ranging recommendations for how they can promote better health for all.

Remaining engaged in institutions of global governance is critically important – the health, social and environmental challenges that we face are global in scale, and the causes and solutions often reach well beyond any nation state capacity and border.

Through collaboration and soft diplomacy, the US can set a positive and progressive example to the world. Reversing President Trump’s withdrawal from the World Health Organization (WHO) and rejoining the Paris climate accords are vital for global health and health equity.

In rejoining the Paris Agreement, the US must seriously address greenhouse-gas emissions. Leadership is urgently needed from the Biden Administration to disrupt the consumptogenic system that encourages and rewards the exploitation of natural resources, excess production, and hyperconsumerism, and which results in climate change and health inequities.

Disruption of this consumptogenic system requires the US and the rest of the world to stop extracting, burning, and investing in oil, coal, gas, and other fossil fuels. The announced US$2 trillion clean energy and infrastructure plan and a goal of net-zero emissions by 2050 is excellent.

Ambitious targets and mandates for the power sector, transport sector and manufacturing sector, backed up with billions in government investment is to be applauded. Add the food system into the mix and the US would become a world leader in climate change policy that also improves health.

Do all of this through an equity lens, and social and health inequities in the US and globally will reduce.

A US president committed to climate action sends an important signal to policy laggards like Australia. The Trump administration was an enabler for successive Australian governments to do almost nothing about climate change.

The Morrison Government has refused to set a target to reach net zero emissions by 2050 – a goal now endorsed by key trading partners, including Japan and South Korea, as well as US President-elect Joe Biden. People have died because of that inaction.

Get the healthcare system in order

COVID-19 is the first health issue that must be brought under control by the Biden administration. Very importantly, for the US and the world, President-elect Biden is supportive of the World Health Organization.

An important collaboration that will help address the out-of-control COVID-19 situation in the US and many countries globally is the COVAX initiative. Through global collaboration, COVAX is trying to accelerate the search for an effective vaccine for all countries and support the building of manufacturing capabilities and buying supply so that doses can be fairly distributed by the end of 2021.

But COVID-19 is not the only health issue that needs urgent attention in the US. The epidemics of non-communicable diseases and inequities in life expectancy and health outcomes by income, ethnicity and race have ravished the US for years.

While not the full story, inequitable access to affordable, quality healthcare is a major driver of poor health and inequities in health outcomes. Lack of health insurance coverage limits access to such services.

Insufficiently insured people have to balance medical bills and basic living expenses such as food, housing and transportation, and often postpone or forgo necessary healthcare services because of the cost, badly affecting their health. Those with little insurance are also at a higher risk of financial catastrophe due to unexpected medical bills.

The Affordable Care Act (otherwise known as Obamacare) expanded eligibility for the Medicaid program (public health insurance for low income Americans). Evidence indicates that states that expanded Medicaid successfully reduced the number of uninsured and underinsured low income individuals in comparison with states that did not expand the program.

Despite these improvements, a large number of adults remain uninsured, and the uninsurance rate among blacks and Hispanics is substantially higher than the rate among whites.

The President-elect has promised to bolster the Affordable Care Act after four years of erosion, and must work to reduce the continuing inequities in coverage. However, it must first remain in place – of real concern is the ideologically driven attempt by the Trump administration to strike down the Affordable Care Act through the current case in the Supreme court.

Healthcare alone is insufficient for keeping people well and reducing health inequities. Good health comes from being able to lead a life with dignity, material resource, a sense of control and hope for the future.

Years of racial injustices, deepening inequality and economic decline, resentment of coastal liberals, and feelings of betrayal by the federal government divide the US today, and undermine these core pillars of health promotion.

Show the world; lead by example, and introduce policies and programs that reinstate basic human rights, equality of opportunity and outcome, and dignity and hope.

The expected repeal of the ban on travel from some Muslim-majority countries, and the reinstatement of the “dreamers” program – allowing people who were brought to the US illegally as children to remain in the country – are good first steps but fundamental structural reform is essential.

One way to do this is by implementing a social vaccine – this is “a metaphor designed to shift the dominant biomedical orientation of the health sector towards the underlying distal factors that cause disease and suffering”.

As COVID-19 has revealed, there are deep social fault lines within and between countries.

People who are already poor, have precarious employment, high levels of existing debt, have poorer access to quality health and social services, are living with disabilities, are socially marginalised, and have the least social capital are feeling the devastating impacts of this pandemic the most.

In the US, African Americans are dying at a greater rate than white people. The target of the social vaccine would be the conditions that underpin four basic requirements for global health and equity to flourish: a life with security; opportunities that are fair; a planet that is habitable and supports biodiversity; and governance that is just.

Implementing the vaccine would occur through multiple sectors that affect health, including education, employment, welfare and housing. It would also involve policies and institutional reforms that mitigate the structural drivers of inequities in daily living conditions – such as taxation and trade.

At the core of social and health inequities in the US, Australia and many countries globally is systemic racism.

The Black Lives Matter movement has surely reached its moment for decisive action. A Biden-Harris Presidency must address police violence, over-incarceration, and other institutional rules and norms that perpetuate systemic racism.

The world is watching, the Black Lives Matter movement is watching and will perform an important role in holding the Administration to account.

Set an example to the world and show the Australian Government what it means to empower people, Aboriginal and Torres Strait Islander people, to take a rightful place in their own country.

Governing in the public interest

The US elections and incoming Biden-Harris Democratic Presidency presents an important moment for global and national health equity.

There is the opportunity in the US and globally to recognise the power of government intervention and how it can be used to improve human and planetary wellbeing.

Such intervention requires leaning on the levers of government.

A closely divided Congress could hamper President Biden’s efforts to do many of the things he would like to do.

But he can use executive actions and he can reorient federal agencies and regulations – his plans to immediately reverse Trump’s rollback of 100 public health and environmental rules that the Obama administration had in place are to be applauded.

Introduce a social vaccine and it will not only improve health and health inequities in the US, but there will be global contagion, perhaps even in Australia, and with it improved global health equity.

Adoption of a different posture by President Biden on the world stage will signal to other political leaders that policy and action in the public interest is the way forward.

However, unless President Biden confronts the greatest concentration of corporate power in the history of the US, his Presidency will fail to deliver either social justice or climate change mitigation.

This is also true in Australia where we see the power of the fossil fuel lobby working to undermine action on climate change.

Is there hope for a positive future?

As the world grapples with recovery from COVID-19, there is the opportunity to build a healthier, more equitable and sustainable world – but only if political leaders choose to use this unfortunate event to drive positive societal change.

In the US, in Australia, and in many countries worldwide, governing going forward requires a new social compact, with meaningful inclusion of traditionally marginalised and structurally weak actors.

Each of us concerned about human health and environmental sustainability must use our agency to mobilise and work in different ways and in different venues to influence and engage in decision-making processes.

Health, social justice and environmental movements must coalesce and advocate for action that will advance a social vaccine, redress systemic racism, and ensure meaningful action on climate change.

The rise of political consciousness observed in the US presidential elections must give us hope that the power of collective mobilisation can bring urgently needed change and action.

Statement from the George Institute for Global Health: “there has never been a more important time for the US to be a member of the WHO”.