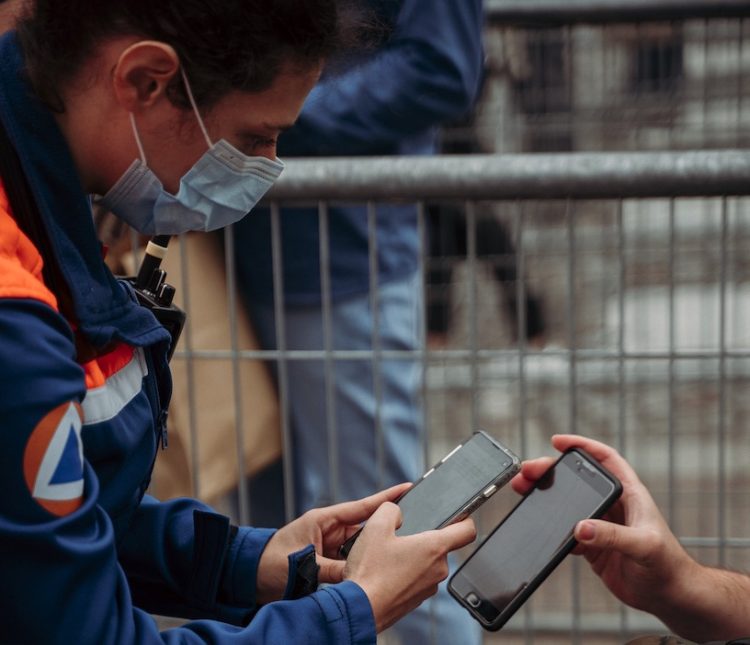 Comparing notes on vaccine passports. Detail from photo by Mat Napo on Unsplash.

We are hearing plenty from politicians, health experts and others in the media about their views on vaccine passports. But what do community members think?

Research recently conducted in Tasmania shows community members have mixed views. The findings suggest that if vaccine passports are to be rolled out, as many Australian governments are planning, it is important to consider the impact on the vulnerable, the isolated, the less mobile and those in rural and remote areas.

Not too long ago researchers and commentators observed that the ‘power of the collective has subsided’ and that it is now ‘unfashionable to think about ourselves as having shared interests, collective purpose and a common future.’

Fast forward to 2020, and State and Federal Governments in Australia asked us to act to the contrary – to act with ‘collective purpose’. This encouragement worked as the COVID pandemic first took hold. Communities did come together to support each other and most policy makers made space for the health of our communities as a public good ahead of the economic imperative.

In 2021 they are now asking us again to contribute to the collective good and get vaccinated and carry a passport to prove it.

The prospect of using travel documents as a means to support public health is proving to be somewhat divisive, with conflicting commentary from a range of government sources and external observers, including The Australian Human Rights and Equal Opportunity Commission and academics.

Amongst the disagreements and the mixed messages, New South Wales and Victoria are already moving to implement a proof of vaccination requirement for those wanting access to a range of venues and businesses across those states.

So, what do the public in Tasmania think?

Almost 1,300 people across Tasmania chose to respond, many expressing their views passionately. More than half of respondents had already received either one or two doses of vaccine, about half of respondents were aged between 35 and 65 years, and approximately eight percent were living with one or more disabilities.

A little more than half of respondents said they did not support the introduction of vaccine passports.

But while there was less support for the blanket application of passports, more than 6 in 10 respondents did support vaccine passports so long as they were introduced to support the movement of people with special circumstances such as for workers in essential jobs, and for those who need to quarantine in the family home, rather than in a hotel, when they return to the State.

Most survey respondents who opposed vaccination passports had not been vaccinated (75%) and about half of those were hesitant to get vaccinated or opposed it altogether (52%).

They cited reasons relating to human rights (including discrimination, individual choice, historical events such as racial segregation, privacy, culture, religion, lack of trust, illegal); vaccine safety and efficacy (such as a lack of evidence of effectiveness, false sense of security, lack of COVID-19 cases in Tasmania); and economics (expressing concern about wasting resources or a need to return to ‘normal’ economic activity).

“Freedom to make an informed choice and not be coerced in any way. I choose the right to look after my health and that be my responsibility. Taking away one’s freedoms who decline a medical intervention for a virus that is treatable is absurd and against the Nuremberg code”.

“The vaccines are more deadly than the covid virus. I’m not an anti-vaccine person. I’m vaccinated and I had my children vaccinated. There is no long-term safety data on this. I do not trust this vaccine after listening to other world health experts”.

“… it’s not in our state – we can keep the case numbers at zero if we don’t open borders to states with infections!”

“Vaccination is no guarantee of not getting the virus or spreading it – very false sense of security only, so it won’t increase the protection of Tasmanians if someone has or hasn’t been vaccinated- passports waste of time and resources”.

But people who are vaccinated also expressed worries about the passport, giving similar reasons. For instance, they were:

“concerned about people developing ideas around ‘them and us’ … that a prejudice, bias and assumptions might play out for people…not everyone is able to be vaccinated … we need to be cautious about creating another group of people who might become discriminated against”.

There was disquiet that the passport could:

Participants were also cynical about how enforceable the passports might be, saying that:

“vaccination certificates are already being forged and people who want to flaunt the covid safety rules, measures and laws have already shown that they will do so with absolutely no regard for anyone else’s safety”.

Support for vaccine passports did not vary much by location, age, gender, health status, or education level. It was also clear that survey respondents were informed by a wide range of information sources of varying quality and ethical awareness.

While the survey results don’t demonstrate a strong unified position on mandating a blanket COVID-19 vaccination passport in Tasmanian, there do seem to be some key lessons for decision makers.

The message from Health Consumers Tasmania, informed by the Tasmanian community through the survey, is that if vaccine passports are to be rolled out, we need to consider the vulnerable, the isolated, the less mobile and those in rural and remote areas in Tasmania.

They already suffer poorer health and social disadvantage, and the passports need to be considered in a humane manner.

A recent article in The Medical Journal of Australia by Professor Julie Leask and colleagues offers sound policy considerations for mandatory vaccination “which should not compound disadvantage”. 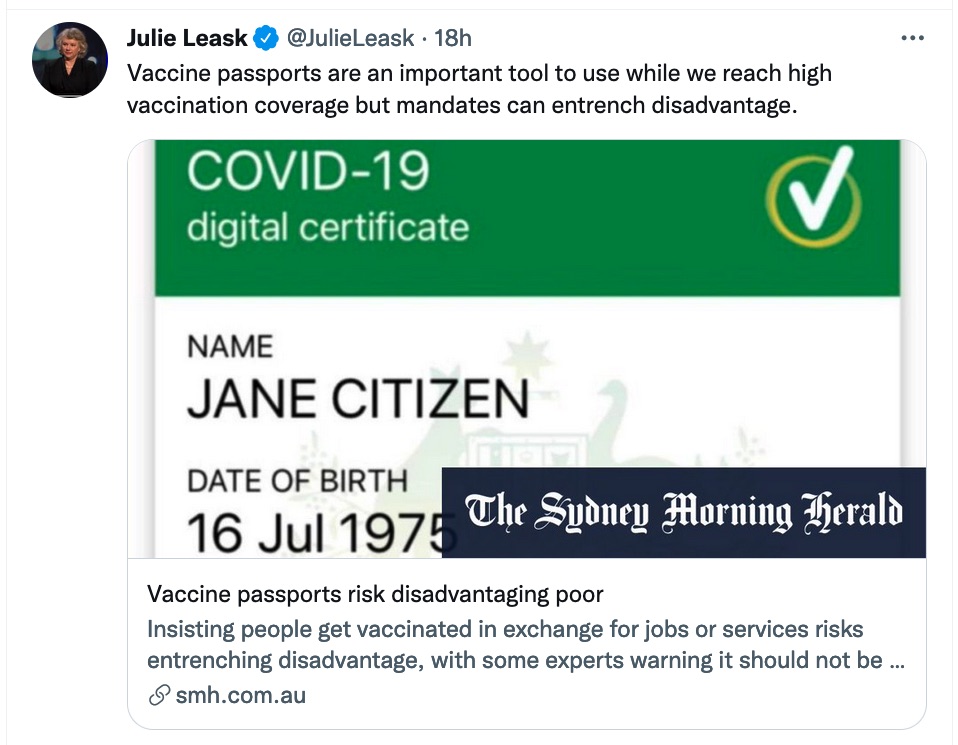 Listen for words of wisdom in the community: a caller to Australia All Over, hosted by Ian McNamara, said:

“We’ll get through this and we’ll get on the other side and be much better people for it. It’s the only time we’ve been asked in this generation to do something for the collective. Other generations in wars and depressions…and this is the first time that any of us have been actually asked to forego our own needs for the whole…so not always such a bad thing.”