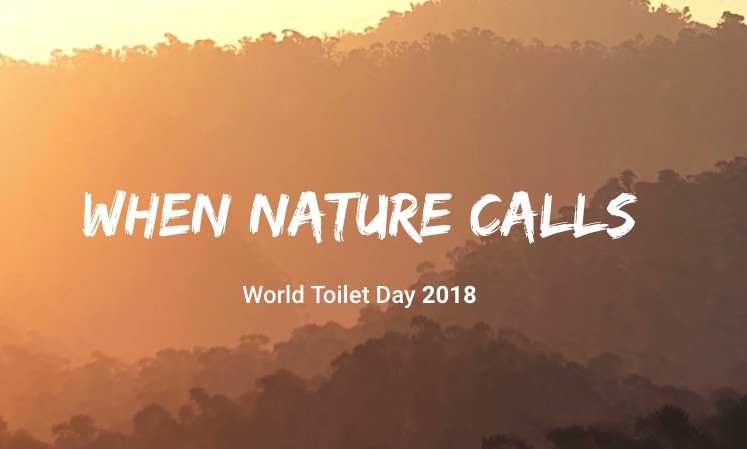 On #WorldToiletDay, a call to action to address critical determinants of health

Today is World Toilet Day, and it’s a reminder that Australia and the world are not on track to reach the United Nations’ Sustainable Development Goal 6: ensure access to water and sanitation for all.

If you’re reading this, you’re probably one of the lucky two in every three people worldwide who have access to a toilet. You could even be using it right now…

But in Australia, there are families living in a two-bedroom, one-bathroom home with 28 people.

Imagine how the morning rush for toilets and showers must be manic, and a disaster if the toilet  blocks up. This was the reality for a family living in remote Borroloola in the Northern Territory in 2016, due to a lack of new housing and poor maintenance of existing housing.

Unfortunately, this example is not unusual for many families living in Australia’s remote Indigenous communities. In the 2015 Census, 38 percent of the Indigenous adult population in remote areas and very remote areas were living in crowded conditions- almost three times the rate than in non-remote areas.

The infrastructure required to live a healthy life is challenged by crowding. In remote communities, more than a quarter of people lived in a home in which one or more of the facilities for toileting, washing people, clothes and bedding, for safely removing waste, and/or for enabling the safe storage and cooking of food was not available or did not work.

This contributes to residents of these remote communities experiencing hygiene-related diseases at higher rates than the wider Australian population. A report from Wateraid and the University of Queensland last year quoted a government representative who had seen the issue firsthand. He said:

‘What are you going to do if you’ve got 20 or 30 people [living in a house]? … Things are going to start to break down and eventually they do.  … [Then] they don’t use the toilet and they go outside’.

Even when household bathrooms are functioning, the community infrastructure for treating sewage can be insufficient, leading to other unsafe exposures. A 2015 audit from Western Australia noted that 68 out of 91 communities tested had drinking water contaminated by sewage-derived microbes in the two-year reporting period.

Australia has signed up to the United Nations’ Sustainable Development Goals, that includes the ambition of Goal 6 to ‘ensure access to water and sanitation for all’ by 2030.

Yet the Australian Government’s own recent review to the UN of progress against this Goal acknowledged that ‘remote communities in particular may not have the same level of access to water and sanitation services as urban centres. This is particularly the case for remote Aboriginal and Torres Strait Islander communities and this can have important flow on effects to health outcomes’.

On this World Toilet Day, the global message is clear: Australia and the world are not on track to reach Sustainable Development Goal 6. Around 4.5 billion people live without safely managed sanitation and 892 million people still practise open defecation.

The impact of exposure to human faeces on this scale has a devastating impact upon public health, living conditions, nutrition, education and economic productivity across the world.

Functioning toilets and bathrooms can make a huge difference: they can prevent the 1,000 children dying each day from preventable diarrhoeal diseases due to poor sanitation, while clean and safe toilets help keep more girls in school and increase attendance rates as they enable menstrual hygiene, and every $1 spent on water and sanitation generates a $4.3 return in the form of reduced health care costs.

Only twelve years out from the universal toilet goal, Australia is not on track either.

We do, however, have some good news toilet stories to celebrate in Australia on this World Toilet Day. A NSW Government collaboration with the NSW Aboriginal Land Council established the ‘Aboriginal Communities Water and Sewerage Program’ for the maintenance, operation and repair of water supply and sewerage systems.

This investment of approximately AUD$200 million over a 25 year period is being delivered in 61 remote Indigenous communities. Since implementation, services have been improved in 41 communities, and all 61 communities now receive water and sewerage services at an increased level than prior to the program’s commencement.

Elsewhere, Healthabitat’s Housing for Health Guide was originally written for Indigenous communities. It provides guidance on repairing toilets, bathrooms and other health-related infrastructure. The average investment of $7,500 per house has significantly improved the house function.

The NSW Department of Health adopted the principles developed over decades by Healthhabitat in their “Housing for Health Program” and conducted repairs in 3,500 houses  to improve both safety and health. An evaluation of that program in 2010 found that the residents living in homes repaired by the program had 40% less infectious disease incidences than the population without repairs.

Today’s global focus on toilets triggers a call to action in Australia to ensure that the UN Goals are achieved for all Australians, including those living in remote areas. Providing a house environment where the toilet works could substantially reduce a major stressor for families and represents fundamental action towards closing the gap in healthy life expectancy between Indigenous and non-Indigenous Australians.

But any policy and design needs to avoid a ‘one-size fits-all’ solution. Initiatives for functioning toilets and bathrooms within existing and new housing need to be ‘fit for purpose, place and people’.

This will ensure that the toilets are appropriate, that the community is engaged and can describe their needs, and that the local environment is suitable for the selected technology. Of course, these initiatives all require sufficient and long-term funding beyond political election cycles to ensure that the UN’s overarching aim of ‘leaving no one behind’ can be attained.

Installing and maintaining toilets addresses part of the problem if the crisis in remote Indigenous housing remains. But twenty-eight people to one domestic toilet (assuming it functions well) is far too many.