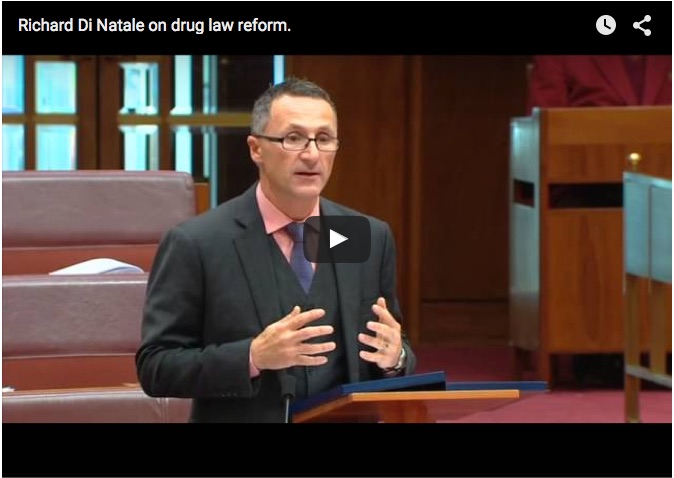 One leader has stepped up to debate drug law reform. Will others?

No doubt many in the health sector are hoping that having a political party led by an experienced health professional may bring benefits for health debate and policy.

Those supporting drug law reform have been heartened by a recent speech by Senator Richard di Natale, leader of the Greens (which you can watch at the bottom of this post) – and contrast his informed, evidence-based approaches with the Prime Minister’s sensationalist responses to the ‘national Ice crisis’.

Laurence Alvis, CEO of UnitingCare ReGen, calls below for improved access to evidence-based treatment services to address the harms being experienced around the country due to methamphetamine use.

However, it is not the content of his speech that is so striking (the evidence for the effectiveness of models such as Portugal’s decriminalisation regime has been available for nearly a decade), but the fact that it has been delivered by the current leader of a major political party and someone who has direct experience providing evidence-based drug treatment.

Many senior politicians, police, judges and other holders of public offices recognise the need for a national drug policy that is based on evidence, not simplistic slogans or misrepresentations of fact.

However, they also recognise that what is effective is usually not popular (think Needle and Syringe Programs, methadone or Medically Supervised Injecting Centres), particularly when public debate on the issue tends to be driven by hyperbolic reporting and uninformed demands for a one-size-fits-all response (typically, a law enforcement response) to a complex array of systemic and individual issues.

For the great majority of public office bearers, the political cost of challenging the status quo is far too great, regardless of the potential benefits for the many Australians affected. It has long been a truism that there are no votes in drug policy, as with several other areas of public life that most people would prefer not to think about. Typically, it is only after they leave office that that public figures can express their support for evidence based drug policy.

For the majority of Australians, alcohol and other drug dependence is someone else’s problem, an issue on which it is easy to hold strong (if uninformed) opinions based on stereotypes associated with the issue and assumed moral failings of those directly affected.

Listen to any talkback radio discussion on the issue and you’ll hear just how easy it is. The usual dehumanising language rolls off the tongue without challenge. After all, the people being discussed are just criminals, selfish, dirty, junkies, aren’t they? A threat to their families and all good citizens?

It’s easy to make these assumptions until it’s you (or someone you care about) that they apply to. Then the issue gets a lot more complicated. People who are dependent on alcohol and other drugs are just that, people who have lost some control over their lives and who may need some support to regain that control. Just like you. Just like me.

There is abundant evidence from around the world that drug policies that rely too heavily on punishment as a deterrent for illicit drug production, distribution and use (an approach generally described as the ‘war on drugs’) does little to prevent any of these activities, but does significant damage to individuals who use drugs, their families and their communities.

Currently, there is growing momentum in the US and the UK to reduce the damage done by law enforcement-focussed policies. Policing and sentencing practices are changing.

Drug law reform is emerging as a major international policy issue and we need to have an informed public debate in Australia.

Senator Di Natale’s speech represents a significant step towards this debate, but even more importantly, it has highlighted the need for evidence-based and appropriately resourced treatment and support services for individuals and families directly affected by alcohol, methamphetamine and other drug dependence.

The Prime Minister has recognised the need for ‘national leadership’ in response to the impacts of methamphetamine use on Australian communities but, to date, has provided little more than cuts to treatment service funding, inflammatory and misleading public statements, TV scare campaigns and now a ‘dob in a dealer’ scheme.

We can only hope that he (and his government) listen to the considered and sensible advice of his National Ice Taskforce and that his future policy responses will be a little more sophisticated than banging a ‘law and order’ drum.

The need for genuine leadership on this issue is great. The very real impacts being felt by families around the nation demand a policy response that will make a genuine difference to the lives of those affected.

The time for national leadership is now. Senator Di Natale’s speech has set the standard by which the future actions of our political leaders should be judged.

PrevPreviousYou want to mess with the NDIS? Get ready for a fight
NextWhere are the interests of patients and the community in the private health sector’s tug-of-wars?Next