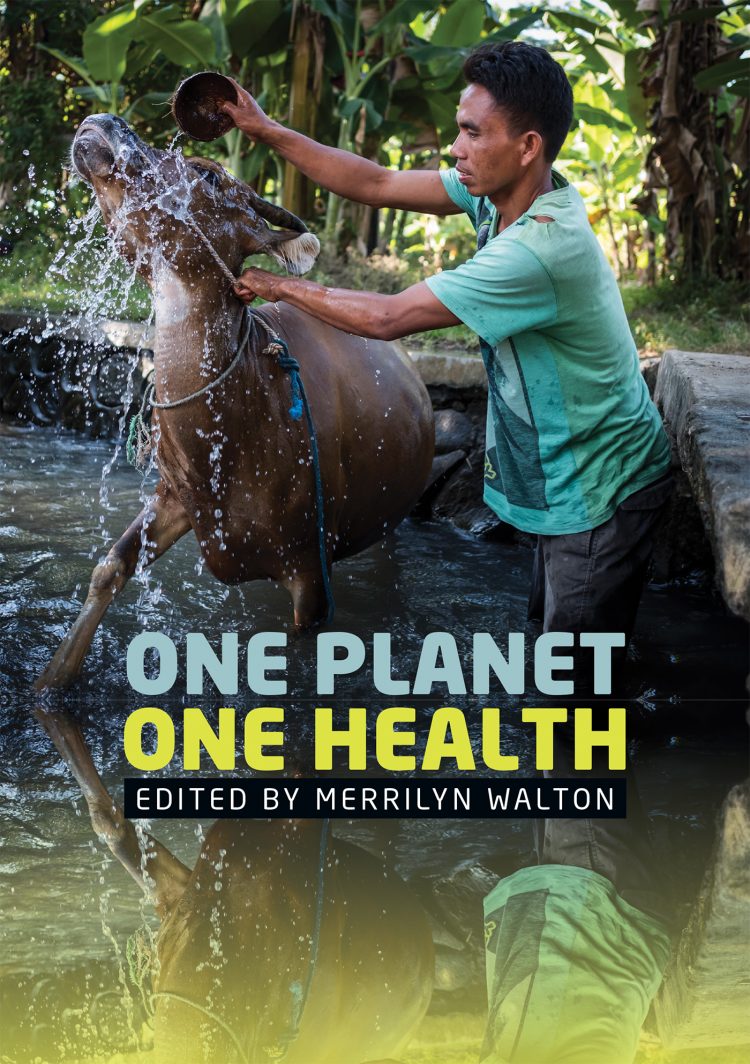 One planet, one health

In 2012 when I started working with hard-to-reach rural communities in South East Asia and the Pacific, I did not appreciate the challenges we faced in explaining to funding bodies our One Health approach, with its inclusive focus on the health of humans, animals, plants and the environment.

Funding organisations and peer reviewers commented on the complexity of the research and questioned why human health was part of an agriculture project. What did agriculture have to do with human health?

While interdisciplinary research is now actively encouraged in some research environments, many universities, research institutes, policy and funding bodies are yet to fully understand how One Health methods, though complex, offer a new way to solve intractable problems that have thus far evaded solution.

Recognising the interconnectedness of the planet’s sentient beings and the environment underpins One Health research.

Governments are concerned for the livelihoods of hard-to-reach rural communities in all countries, but low and middle resource countries particularly continue to suffer extreme poverty. Millions of dollars of aid directed to improving their livelihoods has yet to make a significant difference. Lack of will is not the problem. 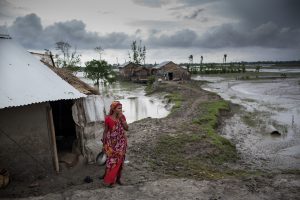 The United Nations’ Human Development Report: Human Development for Everyone documents uneven human development with millions struggling with hunger, poverty, literacy and malnutrition – one in three people is malnourished, more than one in 10 lives in extreme poverty and the same number cannot read or write.

The 2017 Save the Children Report Short Changed: The Human and Economic Cost of Child Undernutrition in Papua New Guinea argues that reducing poverty and improving livelihoods of people, particularly emphasising the nutrition crisis, is a priority.

These grave findings are not surprising; the speed of population growth, reduced areas for food production, water scarcity, emerging infections, and other anthropogenic changes are making the planet unstable; with increasingly unequal access to safe environments and food security for millions in the poorest countries.

About One Planet One Health

The book One Planet One Health is a collection of interdisciplinary writings describing an alternative method for working in low and middle- income countries including how to undertake interdisciplinary research.

Four One Health research projects are included including two participatory projects with impoverished cocoa farming communities in Bougainville and Sulawesi. One Health research shows that improving their livelihoods is multifactorial involving health, education, economics as well as land use and diversifying food crops and livestock.

Its genesis came during a panel discussion at the University of Sydney in 2017 about One Health research, which until relatively recently focussed on animal-human transmission of diseases.

One Health research is broader than just humans and animals, it involves the whole eco-system including climate. It became clear during the discussion that the nature of One Health interdisciplinary research was not clearly understood by funding bodies or peer reviewers. The book is an attempt to address this gap.

Lack of funding for multidisciplinary research

A 2016 study published in Nature showed that Australian research involving multiple disciplines is less likely to be funded when compared to projects with a more specialised focus.

Governments, statutory funding bodies and universities are structured according to specific disciplines – public health experts or agriculturalists or vets – and are less familiar (or comfortable) with a holistic approach. Peer review of interdisciplinary research requires a more expansive view, one that accepts and anticipates that the usual metrics may not always be appropriate or helpful.

Academic track records across a range of disciplines will not fit one model, nor will the research methods be familiar to all.

One Health projects also take more time and usually cost more than research funded under both the Australian Competitive Grants schemes such as the Australian Research Council and the National Health and Medical Research Council, and the category 2 Public Sector Research Income grants. The two- to three-year timeframe typical of these research grants is too short for projects aiming to improve human, animal and environmental health.

Over the past decade, we have come to better understand some of the unintended consequences of progress such as climate change, habitat destruction, food insecurity, wealth inequality, species extinction and zoonosis. Addressing these consequences and facing new challenges demand that we respond but not by doing the same thing over and over.

Yet there is evidence that we continue to repeat old errors. When the railroad network in India was built under British rule in the 19th century, it paved the way for trade and mass travel, symbolising the ingenuity of the British in the post-industrial world.

The unintended consequences of human actions are found everywhere, not just in India and not just in the last century. Plastic bags in the Pacific Ocean, constituting around 80 per cent of marine debris, are being consumed by marine life as they fragment into smaller and smaller pieces, causing environmental devastation.

The Green Revolution of the mid-19th century achieved spectacular success bringing agricultural technologies to poor countries where famine and starvation were frequent.

But the success in providing adequate carbohydrate nutrition was followed by complacency regarding agricultural sustainability and food quality, resulting in environmental degradation and the burden of malnutrition which now afflicts most countries.

Tackling problems solely from the perspective of a human, or an animal or the land are unintended consequences of the 20th century obsession with specialisation.

This approach fails to recognise the inter-connectedness of humans, animals, ecosystems and climate. The Global Research Council meeting in New Delhi in 2016 identified interdisciplinarity as a key feature in future research and advocated increased support from governments and funding bodies, noting their paramount role in shaping interdisciplinary research. 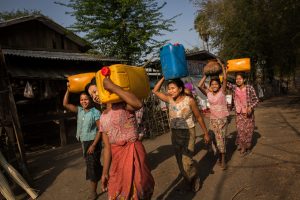 Universities emphasise multidisciplinary research, but in reality, One Health projects still occur opportunistically through networking, rather than from an organised structured framework.

Designing a One Health intervention involves more actors than traditional siloed research – the communities of interest must be engaged from the beginning to, among other things, identify problems they want solved. This adds to complexity, time and cost.

To date One Health funded initiatives have emphasised the human-animal interface, prompted by the urgency of containing the spread of disease from animals to humans.

The 2018 Bangkok Statement made at the Prince Mahidol Award Conference acknowledged that despite advances in knowledge and practice, epidemics and pandemics remain a threat. Speakers atthat conference called for the removal of:

the professional, bureaucratic and cultural barriers, as well as the obstacles inherent within social, economic and political processes, that silo human health, animal health and the environmental sectors from effective multi-sectoral partnership and actions.”

Achieving a sustainable planet requires attention to natural systems and understanding how the parts of different systems inter-relate. To understand one component of the system, it is also necessary to understand how the other parts relate and interact. This interdependence is what specialisation neglects.

In mid-2017 scientists from around the globe signed for the second time a Warning to Humanity.

The first notice signed in 1992 by 1500 scientists included most of the living Nobel laureates in the sciences. They drew attention to  the destruction caused by ozone depletion, human population growth, climate change, biodiversity destruction, forest loss and ocean dead zones, concluding that ‘humans were on a collision course with the natural world’. 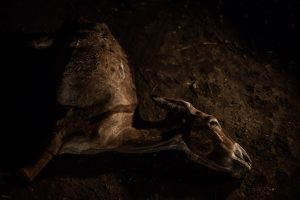 In 2017, the stratospheric ozone layer had stabilised, but stalled progress prompted the second notice. That call for action sets steps to sustainability.

Early this month I received a third email from the Alliance of World Scientists again suggesting we can lessen the worst effects of climate change by transforming how we govern and feed ourselves.

Readers will appreciate that One Health is not new. It first appeared in the 19th century when industrialisation and overcrowded cities were hosts to cholera epidemics. Environmental and health workers discovered that water, sewage and drainage all played a role in spreading cholera. Since these advances, the 20thand 21st centuries have seen the development of specialisation and a move away from the polymaths.

There have been unquestioned benefits from specialising (antimicrobial medicines, vaccines, surgical advances, technology) but there have also been unintended consequences.

Becoming an expert in an area has often been at the cost of working with multiple disciplines – work that necessarily understands the relevance of context and the inter-relatedness of different components in different systems. Addressing poverty, climate change and habitat destruction is not just for governments and corporations, but for researchers as well.

If research is characterised by interdisciplinary (or multidisciplinary or transdisciplinary) collaborations, applies a system approach, ensures close engagement with the communities of interest, always transfers knowledge of the expert to the people affected, and addresses gender equity and sustainability, then we will be part of the solution rather than the problem.

• Merrilyn Walton AM is Professor of Medical Education at the University of Sydney. This is a modified extract from her editorial in a book she edited, One Planet, One Health, which will be launched this Friday at Gleebooks in Sydney. All photographs by Conor Ashleigh.

PrevPreviousEquity, access and the power of nursing at #NNF2019
NextBridging health care silos: complexity, communication and more from #CPHCE19Next