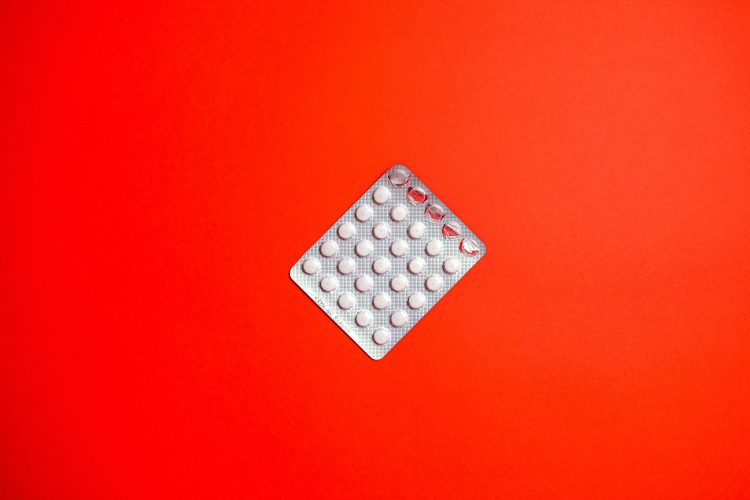 Opioid prescribing conundrums in the era of health care reform

The use of opioids remains essential to the care of people experiencing acute pain and remains a major component of anaesthesia and post-surgical care. Collectively and individually, clinicians have scrutinised and rationalised excessive use of opioids in and upon discharge from hospitals, with opioid stewardship teams now emerging. While opioids still have a role in the care of persons living with cancer, that area could benefit from similar practice review, specifically in relation to dose and duration of therapy.

Where the role of opioids has been most controversial of late has been in their use for chronic non-cancer pain, with a paucity of evidence demonstrating benefit over the long term and population studies demonstrating significant harm,along with lack of benefit in relation to pain and function. In addition, symptoms and signs of opioid dependence has been identified in approximately 20% of people with chronic pain prescribed opioids (noting this may mean that up to 80% do not demonstrate these issues).

With the unprecedented public health crisis that COVID-19 poses to already stretched health systems, now is a particularly important crossroads at which we should examine the complexities and challenges around chronic pain management, as well as the solutions that can improve outcomes for everyone involved.

Chronic non-cancer pain and use of opioids

The documented rise in opioid-related deaths in advanced societies such as the US and Australia has led to government-related initiatives such as over the counter codeine restrictions, prescription monitoring systems and regulatory reforms (including potential to change indications and funding processes for opioids). These are seen as necessary to reduce the toll of about three deaths per day that can be attributed to opioids in Australia. However, the reasoning for, and benefits of, such changes may not be clear cut, which contributes to uncertainty and concerns at the clinician-patient interface.

In examining the vast literature on this topic, a couple of aspects should be noted. The potential for opioid dependence, addiction and death involves many factors, reflecting heightened risk associated with medication use. Some of these are personal, family history, psychological and social factors, including adversity and disadvantage.

Chronic pain is associated with neurological changes with bidirectional associations with anxiety and depression,which heightens the risk of opioid dosing and dependence. Some factors relate to the medications themselves, including preparation, speed of onset and accessibility. A third group of factors relates to the health system in which opioids are prescribed: here Australia benefits from a better educated and supported clinician workforce, and funding processes placing at least some limitations on supply; these differences in part account for the Australian death rate from prescription opioids being approximately one third per capita compared to the USA.

The data on prescription-related deaths in Australia is also interesting. It is consistent in identifying the risk of opioids prescribed in association with other sedatives, particularly benzodiazepines. The number of deaths attributed to self-harm (i.e. intentional overdose) is varied, however, such that the official ABS data identifies only 16%, although an additional fraction are unclassified. 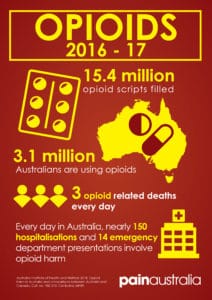 Authors have noted difficulties in classifying opioid related deaths as self-harm; in Victoria an analysis on overdose deaths suggested a higher incidence of intentional harm in opioid related deaths. A significant number of non-death overdoses have also been identified in data via ambulance, emergency and ICU admissions, such that this proportion of people living with pain and co-morbid mental health conditions presenting with mixed drug overdose (including the gabapentinoids) is higher than is currently being considered in policy development.

Examining from the other angle, of suicide-defined deaths via the National Coronial Information System, chronic non-cancer pain was identified in nearly 15% of suicides, with this group having a higher rate of physical and mental health problems and a greater likelihood of dying from drug poisoning. This is not unexpected, as we know people living with chronic pain are 2-3 times more likely to die from suicide than those not living with pain.

The numbers of opioid related deaths in Australia related to overt addiction/misuse is the second major group identified in the data, linking illicit drug and licit mediation misuse; this is a higher percentage in the USA due to growth in heroin and potent synthetic opioid infiltration of the illicit drug market.

A third group of deaths appears to be unintentional prescription-related deaths, with prescribing and consumption practices important here, often combining with comorbid illnesses or other medications which increase risk (such as sleep apnoea, acute anxiety states, other sedatives including alcohol). It appears this is the group which would be most responsive to prescription opioid reform plus improved standard of care, such as medication monitoring, optimising medical and mental health comorbidities and family support programs (so as to lessen stressors, provide take home naloxone etc). Improving access to multidisciplinary pain management and addiction services, thus improving support for community clinicians and consumers, is vital, and a major component on the National Strategic Action Plan for pain management.

Balancing the intent of our policies

While we are conscious of the scale of the US opioid issues, we should also learn from the outcomes of their responses. A recent report noted heightened death rates, specifically from medication overdoses (including potential self-harm), in those who undergo opioid dose reduction (including withdrawal). This reflects reduced tolerance to opioid-related adverse effects (specifically respiratory depressant effects) making people more vulnerable to subsequent overdose, but also to increased agitation and suicidality in those whose opioids are withdrawn.

While complex, these observations may reflect both the increased prescription rates and doses in those with anxiety and mood disorders, and potential for agitation and distress associated with opioid withdrawal. It may also reflect the complex psychosocial factors associated with chronic pain, including helplessness, feeling of abandonment and stigma, aspects known to contribute to the heightened risk of suicide reported in those experiencing chronic pain.

One aspect noted in Australia is higher rates of opioid prescribing in rural areas; in my practice providing telehealth pain consultations to rural Victoria, a significant number of patients on long term opioids reside in these rural areas, in part reflecting a degree of socioeconomic drift of patients suffering chronic disabling pain managed with opioids out of urban areas. Given difficulties of accessing specialist medical and other support services in these areas (and noting suicide rates to be higher in rural areas), this rural cohort would appear to be at particular risk in the advent of opioid prescription reduction or withdrawal.

The impact of prescription monitoring systems on prescribing practices in Australia is yet to be determined, although will soon become apparent, given Victoria has now entered a mandatory use phase of its system, Safescript.

While designed as a decision support tool (rather than governance), the data trail of when and by whom prescription data was checked will lead to behaviour change of prescriber (and dispensing pharmacists), knowing that if an adverse prescription related event occurs, it can be traced back to whether a prescription review was conducted.

Examples of opioid withdrawal by under-pressure GP’s precipitated by Safescript is to be monitored; we do not know, but are concerned, that additive effects could ensue from any national opioid reforms (such as previous CMO letter regarding opioid prescribing, new guidelines not supporting opioids or medication indication changes) which would build additional pressure on prescribers to rapidly limit opioid access.

Returning to the role of opioids in the management of chronic pain, clinicians see many patients who report benefit in pain intensity and function with opioid use yet are faced with the dilemma of clinical advisory groups recommending a limited role for opioids. For many clinicians, supporting and actively managing the potential adverse effects of opioid use in those that report benefit over the longer term (such as dental, hormonal and cardiorespiratory effects) is the focus, which can maximise safety and optimise benefit; attention to the logistics of prescribing, including monitoring system use, is embedded in this approach.

The current COVID-19 pandemic is placing significant stress on the community, the healthcare workforce and systems, such that evolutionary reform is underway across many aspects of society; reduction in face-to-face health care consultations (countered somewhat by the emergence of telehealth) and the potential for better informed/engaged consumers are two health sector outcomes. A person living with chronic pain in the current environment is at risk of reduced access to care, script and medication provision issues and potential symptom exacerbation via reduced physical activity and increased psycho-social stress.

In the 20 plus years I have been involved with the clinical care of people living with chronic and persistent pain, I have traversed the gamut of opinions, guidelines and techniques in relation to the use of opioids, modifying my thoughts, teachings and prescribing practices along the way. While it’s been a tortuous path, a clearer understanding of the need to be flexible and person centred has emerged.

Given concerns about understanding the potential impacts of opioid regulatory reforms, the time may not be right for aggressive changes to opioid prescribing, but rather be an opportunity for education, engagement and a greater emphasis on supportive care for both consumers and clinicians managing the complexities of chronic pain.

Associate Professor Malcolm Hogg is a specialist in Anaesthesia and Pain Medicine and Head of Pain Services, Melbourne Health, and a Board Director and Clinical Advisor for Painaustralia. He is a past president of the Australian Pain Society  and fellow of Faculty of Pain Medicine, ANZCA, and member of the International Association for the Study of Pain

PrevPreviousCroakeyVOICES investigates calls to be ready for a second wave: a rise in mental illness
NextSupreme Court rules Victorian Government prima facie breached duty of care to person in prison in their response to COVID-19 pandemicNext